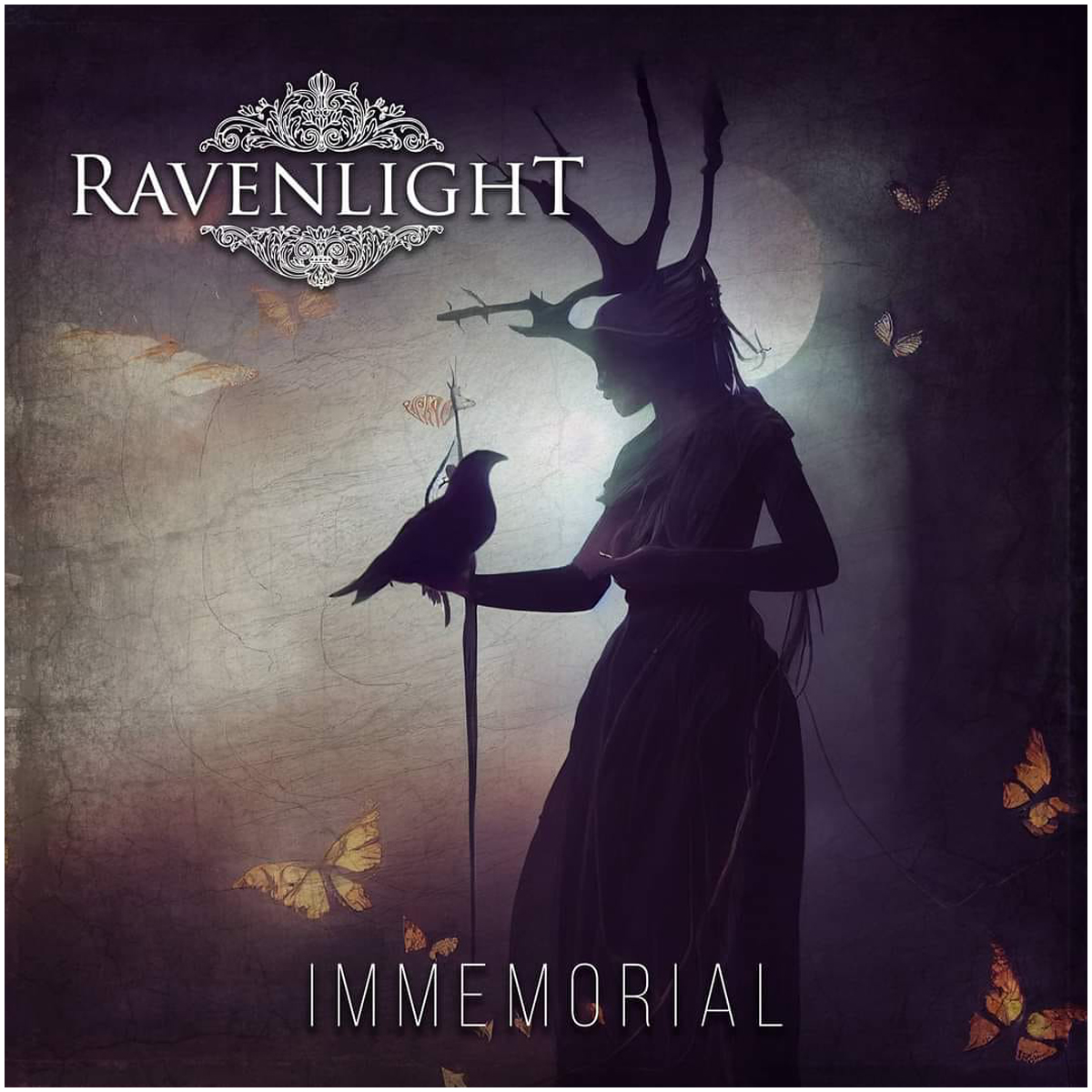 “It’s a darker, more brooding album”, states guitarist and band founder John Connor and fuels the excitement for RAVENLIGHT‘s sophomore release “Immemorial”. The symphonic power metal quartet hails from Belfast in Northern Ireland and until now has an EP “End Of The World“ (2018) and their debut album “Project Genesis” (2020) under its belt. Both gained positive reviews across the European metal scene.

So, a few years ago, I stumbled across the video of “The Wild Hunt” on YouTube and was instantly intrigued by the mystical cover artwork, Celtic-inspired lyrics as well as singer Rebecca Feeney’s beautiful mezzo-soprano that is reminiscent of old school gothic/symphonic metal bands like Tristania or early Nightwish. However, compared to fellow singers Vibeke Stene and Tarja Turnen, Rebecca Feeney’s singing style seems to be less classically shaped and a bit more rock-oriented. In the ten emotionally charged compositions on the album the Irish woman’s warm and refined tones always take centre stage and she confidently guides the listener through RAVENLIGHT’s musical cosmos.

The title “Immemorial” refers to the notion of something ancient or archaic. What that is, exactly, remains for everyone to figure out for themselves, even though the band has certainly hidden their own interpretation somewhere on the album. In any case, the mysterious cover artwork by guitarist John Connor – who is also a video maker, graphic designer and video game programmer – fits this idea perfectly. When asked about the meaning and history of the motif, he tells: “We had a few design ideas before this one, one heavily featured butterflies, another was Tarot card based, and one was a throwback stylistically to our first album with another raven on the cover. But we also didn’t really have an album title in mind. If I remember correctly, Rebecca came up with the title “Immemorial” and we decided to lean more into the ancient mystic vibe to fit it. Then I incorporated all the ideas into one piece which is how we ended up with a mystical figure surrounded by butterflies and holding a raven. We thought it fit the album well because it’s a bit of a darker, more brooding album overall, and so the artwork ended up being brooding and mysterious, but also sort of warm and inviting”. So much for the visual side of “Immemorial”. Musically, the record ranges from gothic and symphonic to power and progressive metal, featuring atmospheric keyboard passages and punchy guitar riffs. 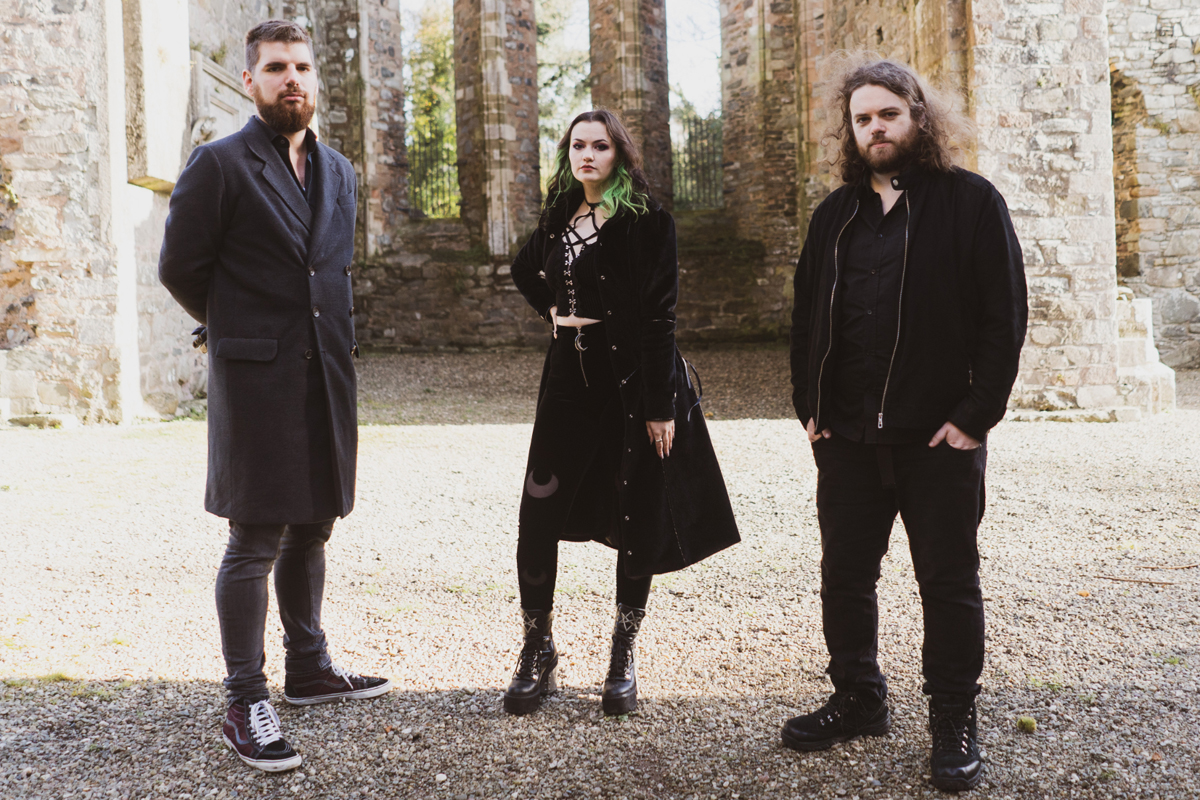 The opener “Masque Of Red Death” is one of the fastest and most dramatic songs on the album – and a personal favourite. Both the catchy guitar melody and the epic chorus instantly get stuck in your head and make you want to headbang. Lyrically, the track must be a homage to American horror writer Edgar Allan Poe’s popular short story of the same name. A song for all gothic fans!

Up next is “Reflections”, which is carried by a strong main melody and Rebecca‘s soulful vocals. “We chose “Reflections” as the first single for “Immemorial” as it was one of the early songs that set the tone for the rest of the album, it showcases a mix of emotional vocals and lyrics alongside heavy riffing and strong hooks, the contrast of light vs. dark, heaviness vs. beauty and hope vs. fear runs throughout the whole release, and so it seemed like the perfect song and video to welcome the audience into that theme”, comments the band. A melancholic gothic song, with a cool video.

“Spirit Of Life” is a playful track with punchy guitar riffs and a lovely chorus that is full of hope and makes you reflect on the beauty of life. According to the band that’s exactly what “Spirit Of Life” is about: “A unique track on the album – while most the songs represent darker themes, we decided to keep “Spirit Of Life” as the light in the darkness. The song was written to be infectiously fun and just a good time for the audience and listeners, so we made the video a little bit weirder than usual, too!”

“Spiral” is an emotional rock ballad that beautifully showcases Rebecca’s vocal range and goes straight to the heart. The final track “Springtime Lament” is with a running time of nearly nine minutes the longest and also most versatile composition on “Immemorial”. According to a recent interview with German music website Crossfire, it tells the tragic love story of Orpheus and Eurydice from Greek mythology. Correspondingly, the band has woven in a captivating spoken word passage from a poem by Shakespeare called “Orpheus”. This is followed by a captivating operatic passage that leaves you speechless through its utter beauty. The piece comes to a worthy conclusion with an intense orchestral sequence, a passionate guitar solo by John Connor, followed by the revisited emotive chorus.

In Summary, “Immemorial“ is a remarkable symphonic metal work that features strong compositions and generally shows that RAVENLIGHT is maturing and developing in terms of song writing. In addition, with front lady Rebecca Feeney, the Northern Irish band has a singer with an excellent voice in its ranks, which should not only appeal to fans of classically trained voices, but also to fans of more rock-oriented vocals. Nevertheless, the band’s sound is still a bit too smooth in places to really stand out from the crowd. Still, as Shakespeare eloquently put it: “In sweet music is such art / Killing care and grief of heart”.