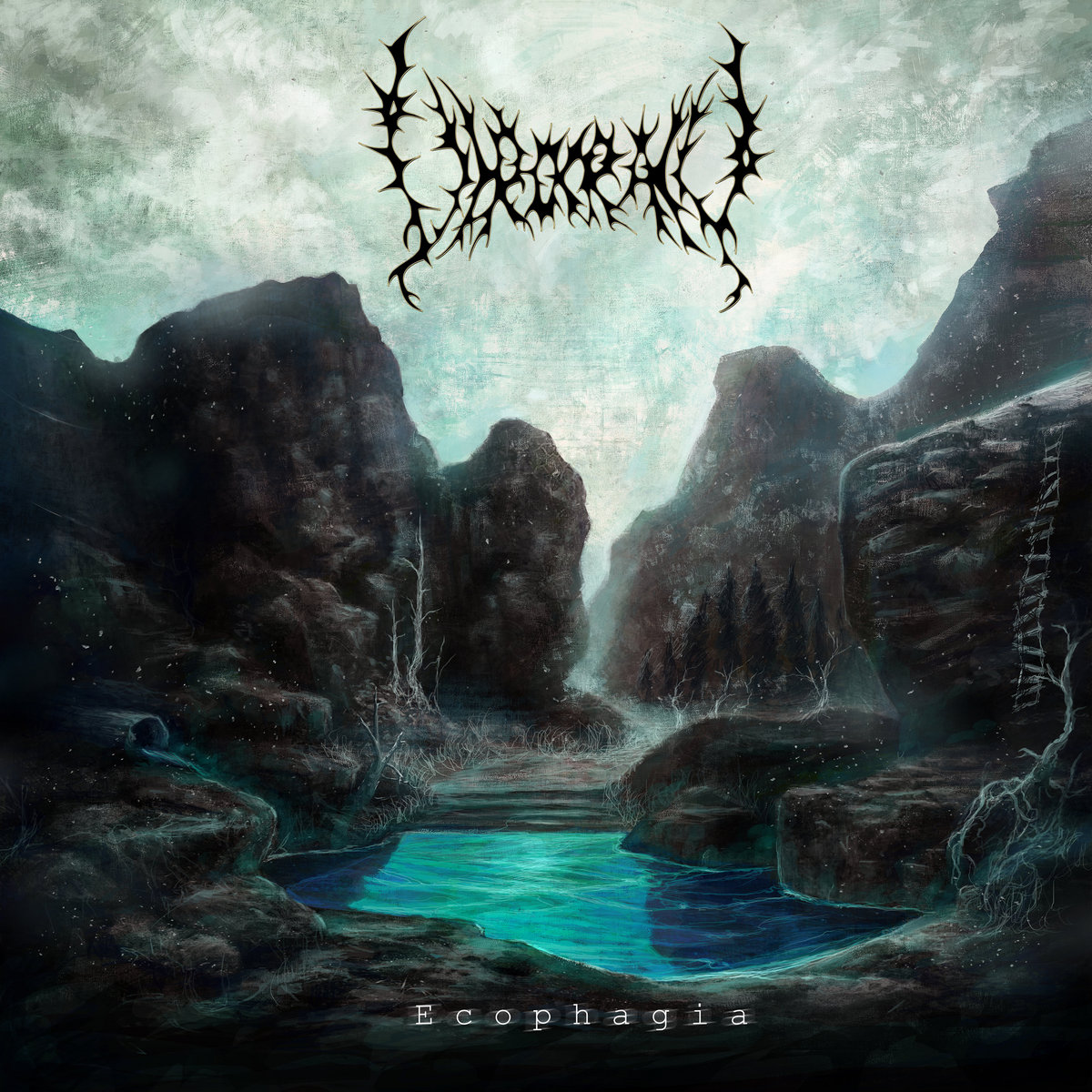 Search multiple search engines on the internet and you’ll be hard pressed to find a definition of Ecophagia. I’m not even going to attempt it. What I can provide is a description of VIROCRACY, the powerhouse quartet from Stuttgart. This is one ferociously brutal band whose sole aim on this second full-length appears to be to rip as much skin from your face as possible.

A combination of death and thrash metal, the band features the explosively guttural vocals of Anika Ov Moseberg. Her delivery is in keeping with a growing number of female singers who appear to be able to delve deep into the diaphragm and summon up a sound that Satan himself would struggle to conjure up. Alongside Ov Moseberg, the dual guitar assault of Alexander Jelinek and Jan Heidelberger (who left VIROCRACY after the album production and has been replaced by two new guitarists in 2022: Mika Holm and Leo Fuchs) provide an aural impact which leaves the ear canals in bits, whilst Florian Betz provides the deep bass rumble that underpins the engine of this vibrant and viscerally aggressive outfit. Session drums were delivered by Sebastian Unić, who’s also doing the drum parts at live gigs. 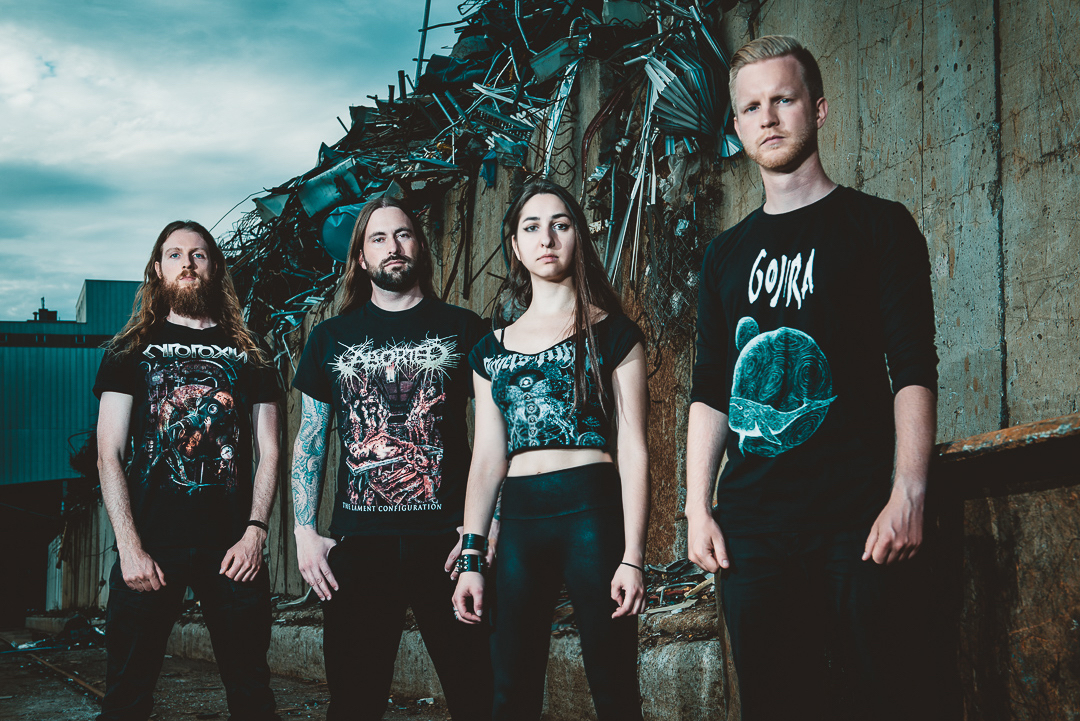 Having released their debut “Irradiation” in 2020, “Ecophagia” now brings the band raging out of the pandemic with an intensity that many bands fail to achieve. There’s little room for manoeuvre for the first three tracks, which all attack in a relentless barrage of razor-sharp riffs, pounding drums and Ov Moseberg’s crucial delivery. The opening instrumental track “Relict” sets the tempo for the next one, “Devolution“, which is insanely fast. There is ample opportunity to source the band’s numerous influences, from decent Arch Enemy to Slayer, from Cannibal Corpse to Nervosa. This is a melting pot of blistering songs that are individually carved and crafted.

“Arboreal Sleep” provides the first opportunity for respite, with a calming intro before the band hits the accelerator once more and the battery continues. “Arboreal Sleep” does contain some gentler breakdowns and some interesting melody lines which surface from time to time whilst at other points just channelled under the surface. But don’t get too relaxed, for the hammer kick of “Befallen” rips straight for the heart. It’s one of the strongest and most explosive tracks on the album, with some savage riffing before it moves into a brooding, atmospheric conclusion. I moved onto more instant skull punishment with the huge bass and double kick intro to “Bruteus Alpha”, which contains the bonus of some deep sonic groove which propels the track forward at pace.

I’d hope by know you’ve got the idea of what VIROCRACY bring to the party. It’s punishing music which is delivered with high quality production. There’s no fear in the song writing, and no fear about being constrained by limits. Only one track, “Denial”, falls under five minutes, whilst three clock in at over six and two over seven minutes in length. A relatively long album at just short of an hour, the sheer power and passion that pours forth makes listening repeatedly no challenge at all. In fact, having had the album on repeat for a few days, I was left frequently discovering bruising breakdowns and ferocious sections. It combines the best styles of death and thrash, combined into one huge speedball that cannot be controlled. Dive into “Uproot“, just as an example, and the whole package becomes clear. VIROCRACY are not here to make up numbers, but to carve a bloodied scar in the metal landscape. They certainly have achieved that here and one can only hope that the band can get a foothold into a genre that is becoming increasingly saturated.