THE DAMNNATION – WAY OF PERDITION 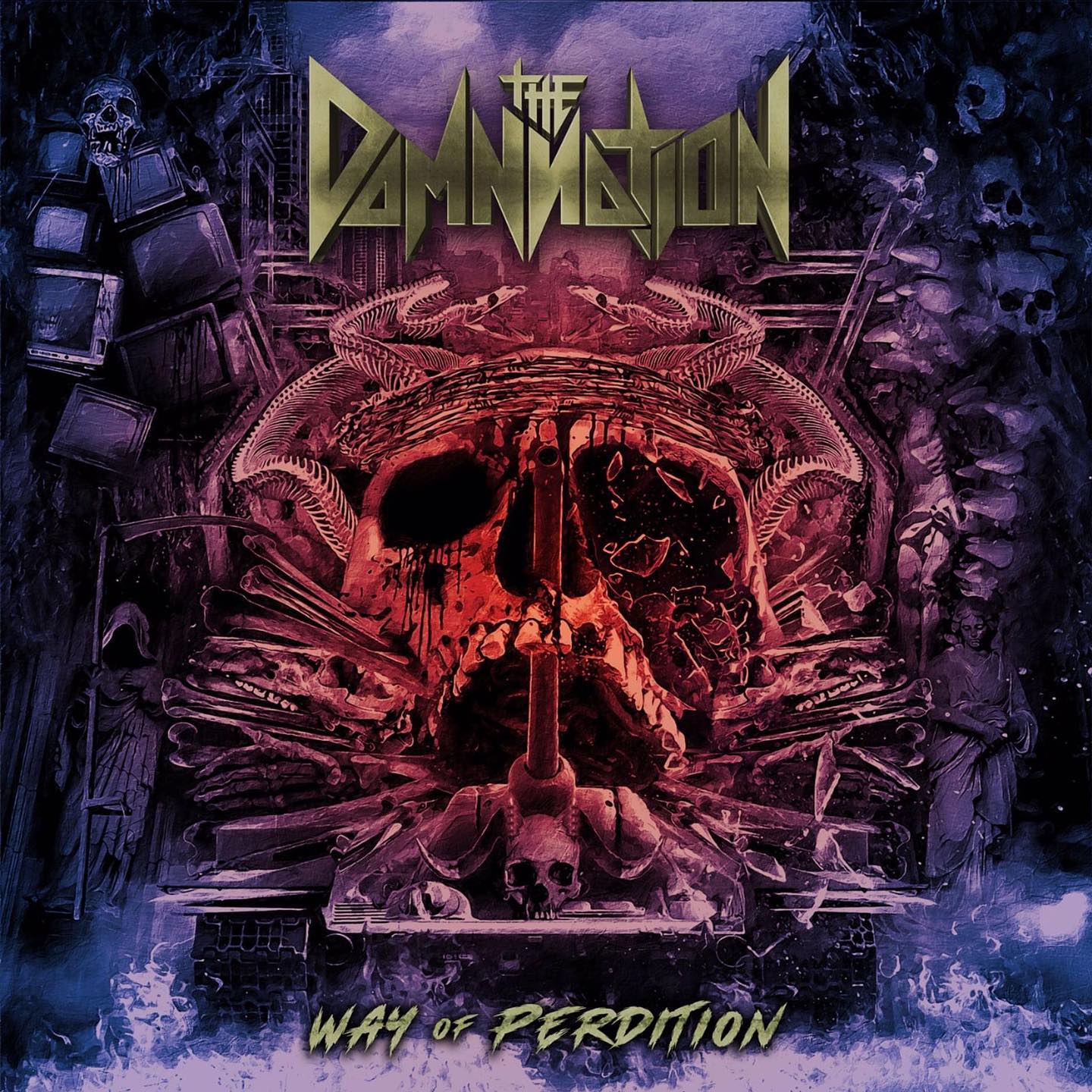 Another all-female band heading out of South America, THE DAMNNATION follow in the footsteps of their metal sisters Nervosa and Crypta in bringing the heavier side of metal. Badged as a thrash/death metal band, THE DAMNNATION comprise vocalist and guitarist Renata Petrelli, bassist Aline Dutchi and drummer Luana Diniz. Formed in 2019, the trio hail from São Paulo and have released a couple of singles. “Way Of Perdition” is their debut full-length.

There’s no doubting the enthusiasm that THE DAMNNATION possess. They are competent musicians. But unfortunately, this is generally flatter than a hedgehog on a motorway. There is nothing within the 36 minutes on offer that sparks excitement. The music is routine, the vocals unimaginative and reminiscent of a poor Angela Gossow, for me still the benchmark for female growling.

“Before The Drowning” is not a good opening track. It’s a rather ponderous song, with a monotonous delivery that doesn’t grab the attention, something I want the opening of an album to do. I want to be entranced, hooked and drawn in. This does none of those things and it contains a fade out which is a pet peeve of many a listener. Things sound a bit better on the title track that follows, but again, for a band who claim to be thrash in orientation, there is little that will hold the average thrash fan’s attention. It’s more solid heavy metal despite Diniz’s solid drum work.

As the album progresses, the vocals become one of the biggest challenges for me. Petrelli has one style, it’s strained and flat, and although it fits the music reasonably well, there’s very little which catches the ear. Much like many average thrash and death metal bands, it can be the vocals that make the difference. On “Way Of Perdition”, the standard approach fails to ignite and even as early as “Into The Sun”, attention is beginning to wander. At least it features a decent lead break which has a lovely 80s feel about it. In fact, “Into The Sun” has a retro feel that does bring a soupcon of variation to proceedings. 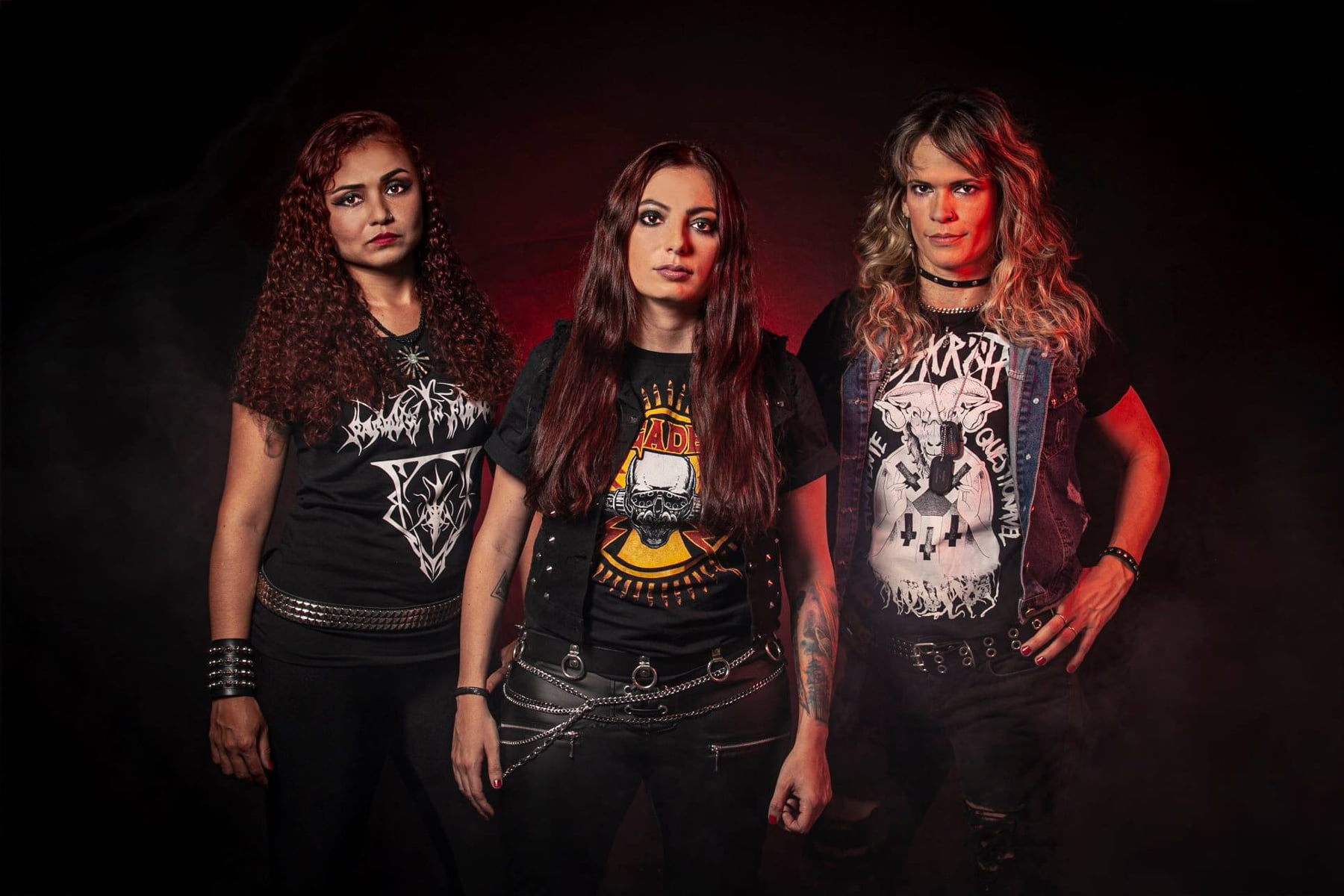 One of the singles already released, “Grief Of Death”, is leaden in delivery. Ponderous and with little to excite, it’s followed by one of the dullest songs I’ve heard for a long time. “Random Words” follows in the same pattern as most of the songs on the album. There’s just nothing sparking. A flat battery in need of a jump start. What’s frustrating is that underneath this, there is a dynamic band trying to get out. Unfortunately, they are caught in a web of mediocrity. “Slaves Of Society” is further evidence, if that were needed, that this is a band who need to rethink their song structures.

Rather than stick the boot in further, I’ll call a halt to proceedings early (although I can confirm the rest of the album didn’t get any more exciting). It’s a difficult time to be in a band, and I admire THE DAMNNATION‘s enthusiasm and passion. It is, however, my role to call things as I hear them, and on occasion that means giving a negative opinion. There is undoubtedly potential, but the fire that is needed to grab the listener, demand repeat listens and even inspire a journey to the local record store (or on-line shop) to order the physical copy is absent.  Fingers crossed that the sophomore release will really grab hard.