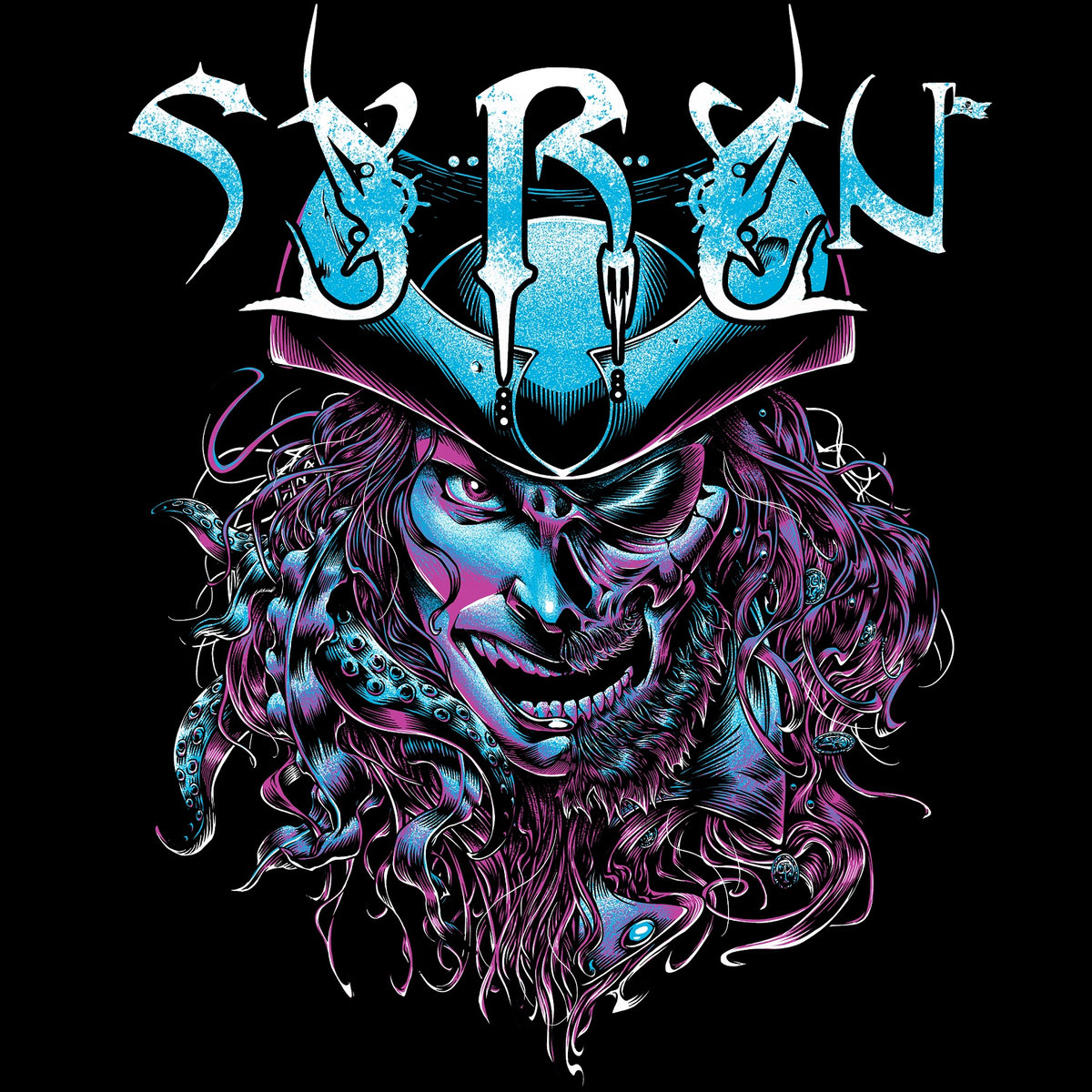 Calgary band SYRYN have delivered a solid second album, the follow up to 2020’s “Beyond The Depths“. Embracing a full nautical theme, the combination of styles makes “Heads Or Tails“ an enjoyable listen. The powerful vocals of singer Sloan Voxx combine well with the concrete engine room of bassist Lyxx Rose and drummer Bryan Campbell, allowing guitarists Paulo Rage and Byron Gorieu to do their stuff.

Continuing the story of the Siren, the creatures from Greek mythology who lured sailors to shipwreck, “Heads Or Tails” moves to a pirate/sailor perspective. Songs titles such as “Walk The Plank“ and “Sink Or Swim“ are the most obvious and the whole album flicks between a variety of styles and tempos that makes describing SYRYN’s music a challenge. But not pigeon-holing the band is good, for their range of songs incorporates everything from power metal, thrash metal and traditional heavy metal. Voxx’s soaring voice provides an extra dimension, and the music is tight and well-delivered.

Choosing “Surrender“ as the opening track is an interesting choice, for the song begins slowly, the tempo gradually increasing. It’s not the explosive form that features on several other tracks, but in the lyrical layout of the album it does make sense. One of the more expansive songs on the album, it’s a demonstration of the band’s ability and at close to seven-minutes in length it’s also the longest track on the record.

It’s when they let loose that SYRYN really hit the top level for me. The mid-section of “Madness Becomes Me“ sees the band race away at top speed, a Maiden-esque vibe developing the song as it gallops along. “Sink Or Swim“ moves apace although the title track, which sees a repeated piano riff play an integral part, smoulders, dipping in and out in classic metal format, with a rampant semi-thrash segment briefly bringing some real heft before it closes out in a calmer manner.

“Heads Or Tails“ works well. It’s thoughtfully constructed, the collaborative writing approach of the band evident in the way it is produced and delivered. There are some weaknesses and the variation in style may dilute the numbers who are attracted to it. If you’re a fan of solid heavy metal, then this is an album that may well be of interest.