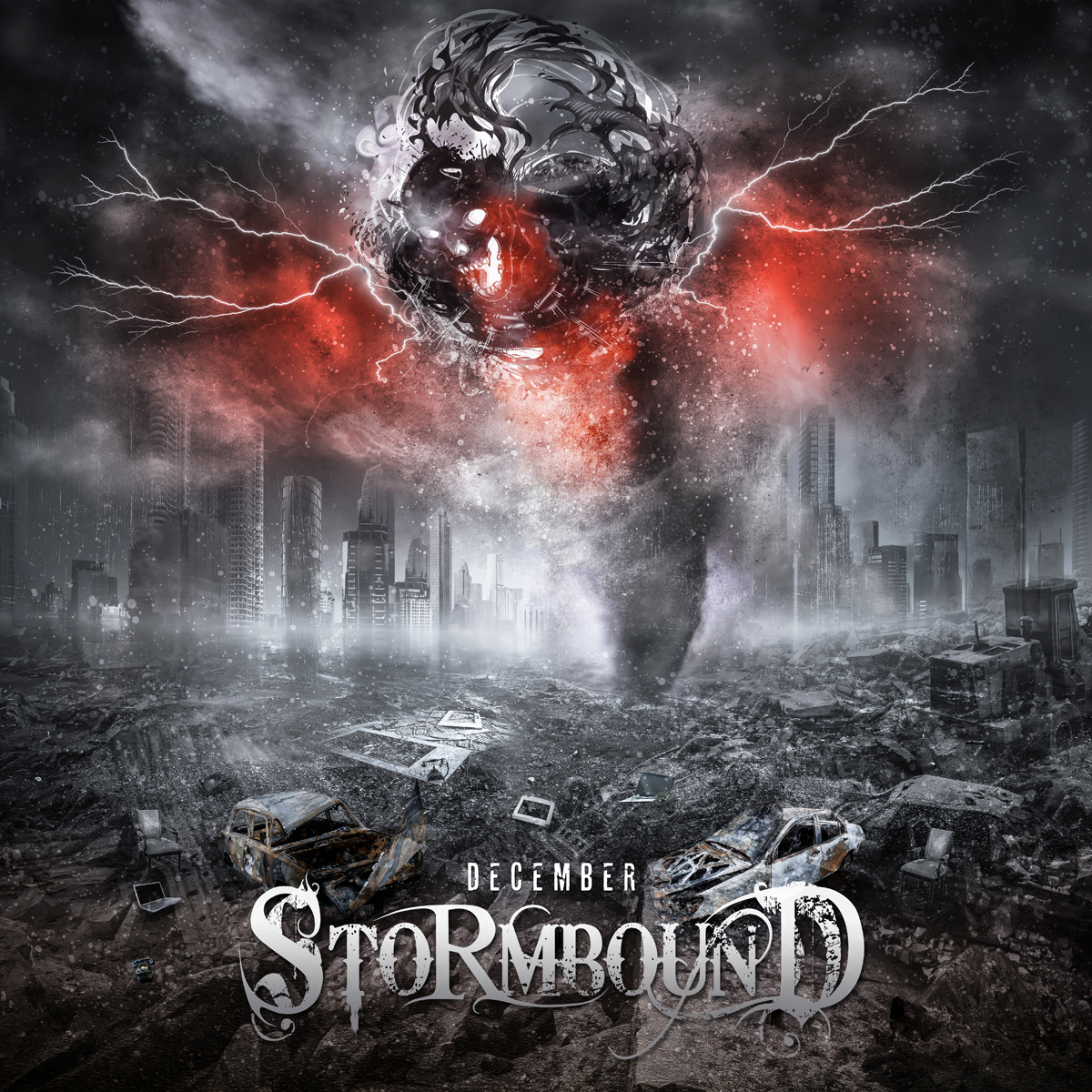 A Nightwish-ish orchestral flourish and lilting groove starts and delineates each section of the opening track “Desert’s Roar”, including before the solo and at the end, and it’s a pleasant enough, catchy melody. Yael and Ofer alternate stanzas in the verses, which have interesting rhyme schemes (or in the second verse, none at all). So this makes for perhaps the back and forth between oneself and one’s inner voice, she says: “My life became an empty shadow / And I turned in to someone else” ; he counters with “I’ve heard you many times before / Admit you were wrong / One day you will have to stop / Lying to yourself”. That continues in verse two, where she says: “The years have passed in self denial” and he says “I’ve heard you say that before / I still don’t know / Is this the beauty of letting go / Or a restless soul”. There are intriguing metaphors like “the desert’s roar” itself idea, like the lines “With a share of urban joy / But when it’s time to ease the pressure / This joy will leave you alone in the desert” – the contrast between “urban” and “desert” might allude to belonging and isolation respectively – but it’s not really fleshed out enough beyond being merely an interesting idea. The chorus does change, though, to perhaps reflect the character’s change in perspective, from “I never worry about the pain / You always feel” to “I hope to someday feel the pain / And start to heal” in the version that occurs before the solo (it’s also taken down a half-step or so to reflect that).

What really stifles this album right out of the box is an oddly hollow mix – there’s not enough weight or bottom to it, it’s kind of flat and one-dimensional and not nearly loud enough. And it continues throughout.

A plethora of jagged riffing and uncomfortable tempo changes add to the uneasy feel of “Altar Of Innocence”, a dialogue between a girl and a priest. This is obviously an abuse scenario, and Yael’s hypnotic droning in her first lines conveys that feeling of trying to find solace in religious rite (and later, to disassociate herself with what’s being done to her). The chorus, with its swinging groove, is her keening cry for help (“Take my body and kill my soul”, she wails). But there are some lines that are downright uncomfortable and in borderline poor taste. Ofer, in his harsh vocal, roars: “You are mine! / All the heavenly powers go blind / As I’m shoving my seeds up your shrine” (ew) and later: “On my altar here everyone bows / Innocence buried alive as you silently groan and I’m beating inside” (double ew). I get that you wanted to show the horror of this scenario, but that’s too much gory detail. Rape is about violence, not sex, so to use sexual metaphor to describe it is really misguided. If they wanted to shock, they did, and it was unnecessary and gratuitous.

“Sacred Lies” is borderline death metal, and it too contains some hard to follow tempo shifts. Ofer’s rages against organized religion and he’s more effective this time: “You pin your hopes up high, but there’s nothing in the sky / Follow deceptive leaders without ever wondering why”, he snarls in the first verse. The chorus is Yael speaking to believers: “While you think god makes you strong / It’s me that you demonize (although who “me” is isn’t clear) / You don’t know what’s right or wrong / Sacred lies blinding your eyes”. The second verse is oddly truncated, like you want him to say as much as he does in the first, but it hurtles back into the chorus after just three lines, not four. It feels incomplete. The second iteration of the chorus adds a part that sounds discernibly lighter in tone at first, as Yael acknowledges the solace religion gives people – “I know it’s not easy on your own / Cause we are all afraid to be alone”. That’s a fair observation, but why does her voice get nasty and harsh all of a sudden? There is a nice shift from observer to observed in the final chorus, though, where she says reflectively: “Maybe I am not so strong / But I’m afraid of paying the price”, before it shifts back to the original lines. It’s a good idea, just not executed as well as it should be. 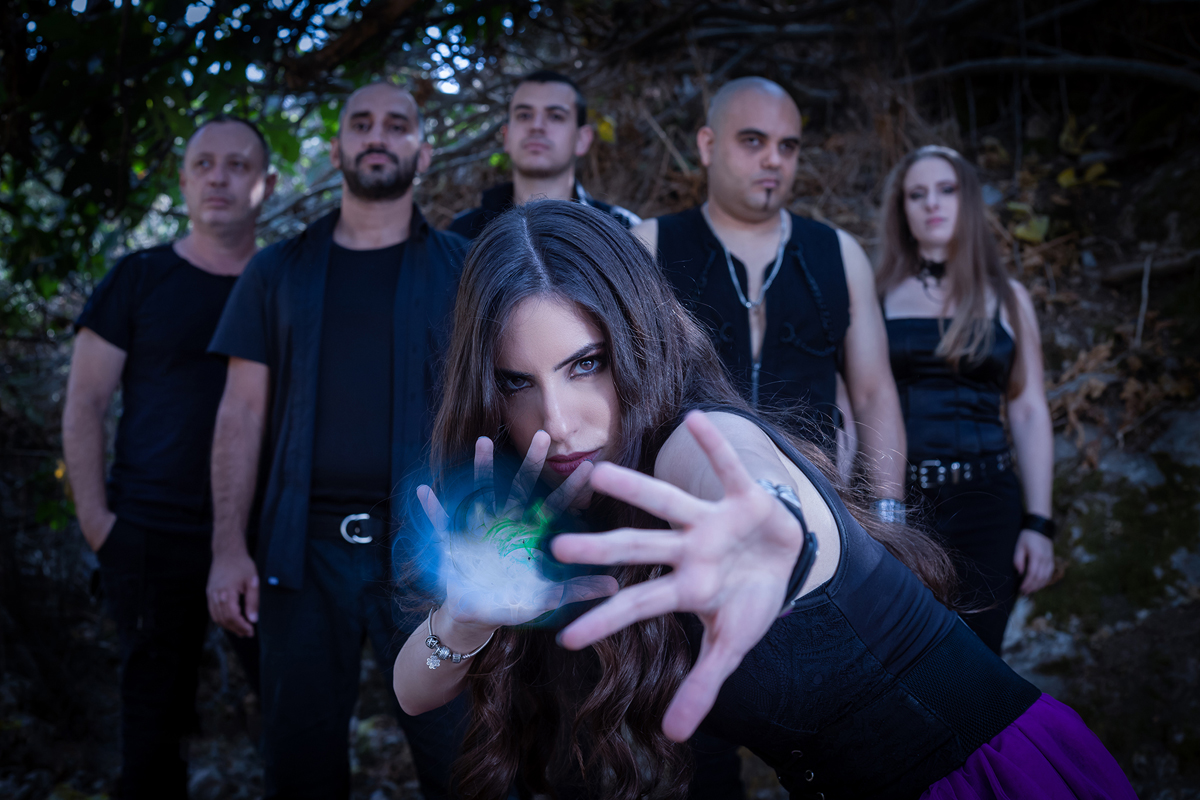 “Away From Here” is again plagued by a too-soft mix. It starts with piano and Yael’s croon and it’s almost inaudible. It’s a her-and-him scenario ostensibly bemoaning the end of a relationship. Yael sings first about her disappointment in the first verse, then Ofer kind of crassly explains himself, with no real remorse: “For years I played you and told you nothing / I should have left and said goodbye / The life of the loner is calling me now” and he ends with the bizarre comment: “And you know it’s true what they say / I’ll go my way and ease your soul”. Um, “they” say that? Really? He sings the first runthrough of the chorus flatly, with little emotion, and exactly what it’s trying to say isn’t clear: “For the time in which you lived in fear / In the name of our love / Maybe someday I will shed a tear / Then I’ll reappear, away from here” – was he abusive? (and by the way, every time they sing the chorus together, you can’t hear him at all ; in the final go-round, her voice gets abrading, harsh and shrill). After that, the piano is left behind and the track speeds up into an overlong instrumental section that veers wildly between keyboard and furious guitars to no real end. This is a really odd track, random parts stuck together that don’t fit, that catch and rub against each other and don’t get along – much like the two characters.

After a fairly promising start (albeit precluded by an overlong intro), the title track kicks off with a verse that hints at divine retribution (the significance of the title is never made clear, though) and a not-bad chorus that makes vague reference to a mother and child and “nobody looking out for us”. The second verse again feels truncated, like something’s missing (there’s two segments to the first verse, only one to the second), before it’s back to the chorus again. Yet another instrumental break interrupts the fairly decent flow that had been going on – it really kind of stops the song dead. Ofer’s harsh section feels like the god speaking and he’s not happy (“You turned against me so now I am here… This is my castle and you are a guest… Prepare for extinction, it’s coming your way / You were nothing but a horrible plague”), which is fine, but then we’re into another lengthy instrumental section before piano brings it all to a halt. Yael gently sings of a cleansing (“Now, as the sun brightens up again / And a new day will dawn / I stand here and wonder / Why, everything is dead and gone”) ; a revisiting of the chorus starts intimately, but grows to an overwrought crescendo before more everything-but-the-kitchen-sink soloing.

The ballad “Shadows” is the most coherent, thought-out track here – an interesting rueful melody, touches of chimes, horns and strings, and a measured, restrained solo add to the melancholy mood. Despite a little awkward grammar here and there, the battle/war imagery is strong throughout (“I built my fortress on a shaking ground / I thought it’s a safe place and my shield fell down” in the first verse ; “The coldness of your touch was an enemy I couldn’t defeat / My heart was a freezing solider begging for your heat” in the second and “All my knights bled and died, sacrificed for you” in the bridge). Yael’s pain is convincing without being histrionic. There’s a very nice evolution and personal growth in the chorus, from “Because I’ve closed my eyes when your shadows were revealed / I wanted to save you from yourself and cast away your demons / You left me alone on this battlefield” to “Now I opened my eyes, they will be my shield / No one can save you from yourself or cast away the demons / It’s a hopeless war in this battlefield”. Well done! 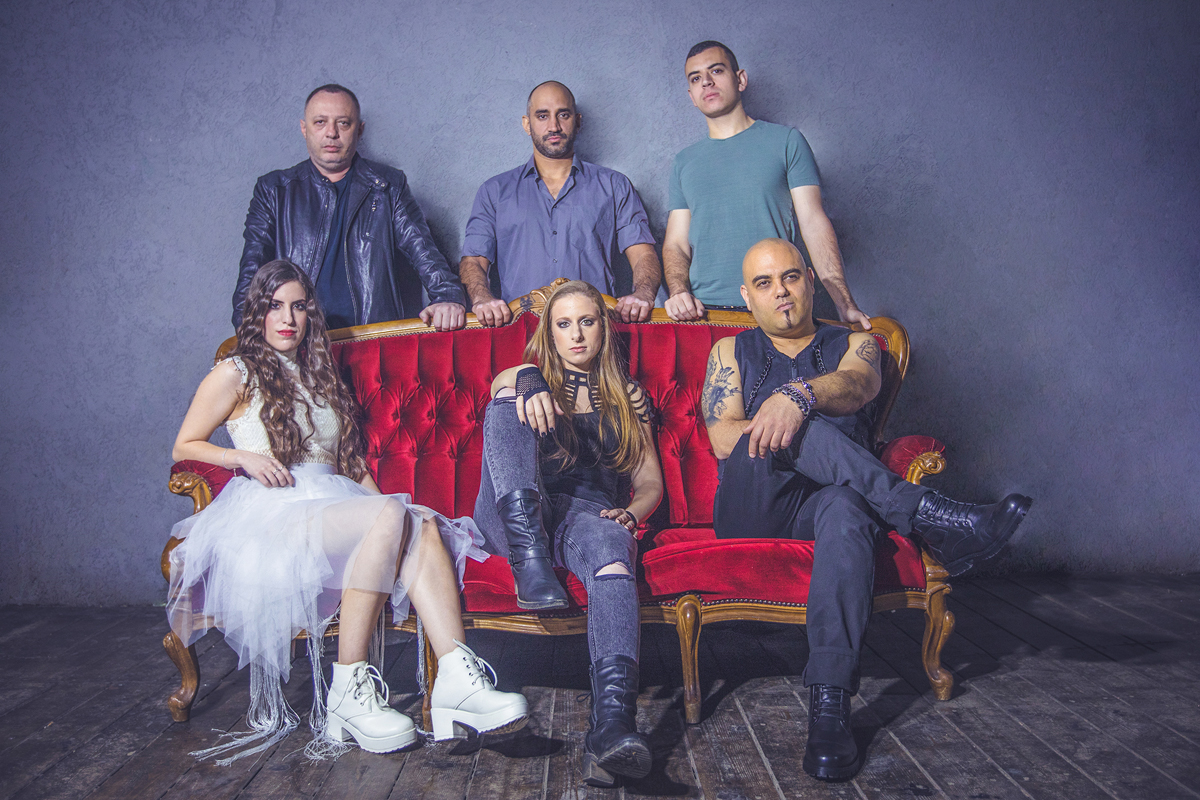 “Flying High” begins with decent drumming and a strong guitar melody that segues into a pleasing Celtic jig, with whistles and pipes and the lot. But it immediately switches into two other more metal (and extremely different) feels, just when you were enjoying where they were going with the Irish thing (they do bring it back at points, though, including at the end, which is good). And again we have that continuity problem with the song structure: we have a two-stanza verse and a prechorus, then a one-stanza verse minus the prechorus, then a one-stanza verse and the prechorus. Since this happens so much, maybe it’s intentional – maybe this is their particular songwriting idiosyncrasy. Maybe. This is your standard finding hope and optimism after going through hard times (“Life is pushing me down, into the ground / I’m afraid I’m going mad”) and anxiety (“Fear is crawling within, under my skin”) ; Yael is suffering, Ofer is offering a solution in the prechorus (“Look at the stars tonight / They’ll bring you back to life”). The chorus is finding peace and the strength to go on – no real new ground or new insight here.

An interesting Middle Eastern feel starts “Fragments”, but the intro whips jarringly into metal and goes on way too long. Ofer sings in his pleasant rasping growl about something – is it a commentary on fame, on media omnipresence, on urban living? It’s not especially clear. Once more, we have that structure – a two-stanza verse and a chorus, then a one-stanza one – but then instead of the chorus, we get a really long (REALLY long) instrumental break that, like the intro, goes all over the place. The chorus itself slows way down, Yael belting for all she’s worth, about “pick(ing) up the broken pieces” and feeling “the fragments of life become one”, a sentiment that doesn’t have a whole lot to do with the verses.

The closer, “Child’s Play”, might be a vague reference to the performing life, with Yael and Ofer alternating lines like “I live an endless show (each hour and every day) / The crowd will never leave (the lights never fade away)” and equating that with being a child (“Is there anything wrong with being a child and play / Is there anything more than living your dream every day”). But it’s also plagued by way too many instrumental segues that meander and meander, but don’t say anything and repeatedly take you out of the song itself. There’s so much keyboard noodling over Yael’s final choruses, in fact, that she’s just about drowned out. It’s a lot of sound and fury – and you know how the rest of that quote goes.

STORMBOUND are a group of decent players – you can’t fault their skill or technique – but they desperately need focus. It seems that they can’t settle on one thing, so they settle on EVERYTHING. It’s throwing musical spaghetti at the wall and picking every strand, whether it sticks or not. They try way too hard to do way too much. You’ve got to save something, hold something back, and most importantly, know when to say “enough”. They’re not there just yet.