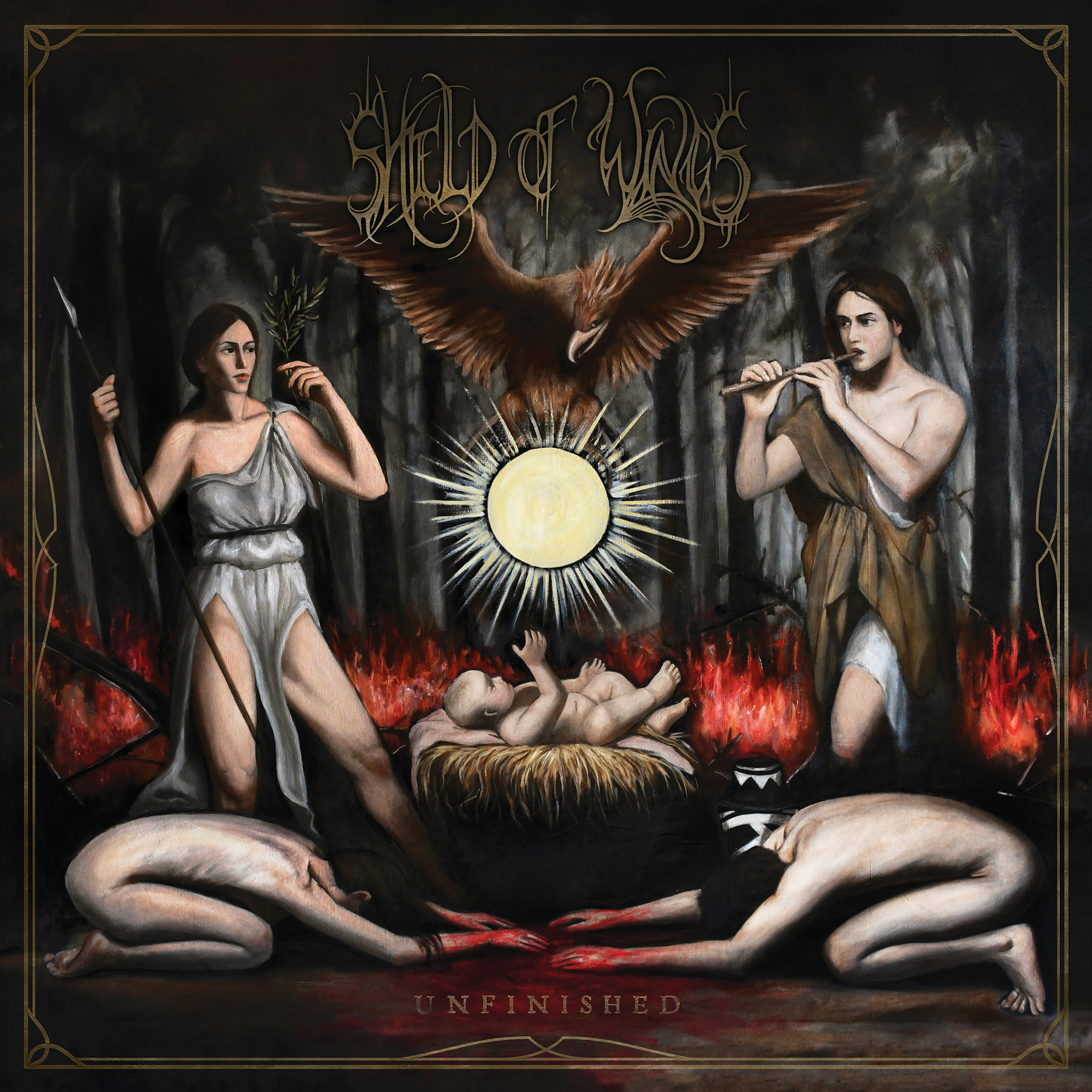 Chicago-based SHIELD OF WINGS is not a new band. They were formed before 2010 and in 2011 they released their first EP entitled “Solarium“ which contains six songs. For reasons unknown to me, it took them eleven years to release their first full studio album called “Unfinished“. The five-piece band is active in the field of symphonic metal with clear tendencies towards folk sounds and several death metal elements that originate mainly from the male brutal backing vocals.

I will start by looking at both sides of the coin. On one side we take a good look at a music group from Chicago, a big city of a country where symphonic metal simply does not exist on the map and therefore the inspiration of the musicians does not come in any case from the environment in which they live so that’s quite obvious in the final result in their music. On the other hand, we should give credit to the effort of these guys and this is worthwhile, to be inspired by something seemingly unfamiliar and even foreign to them. 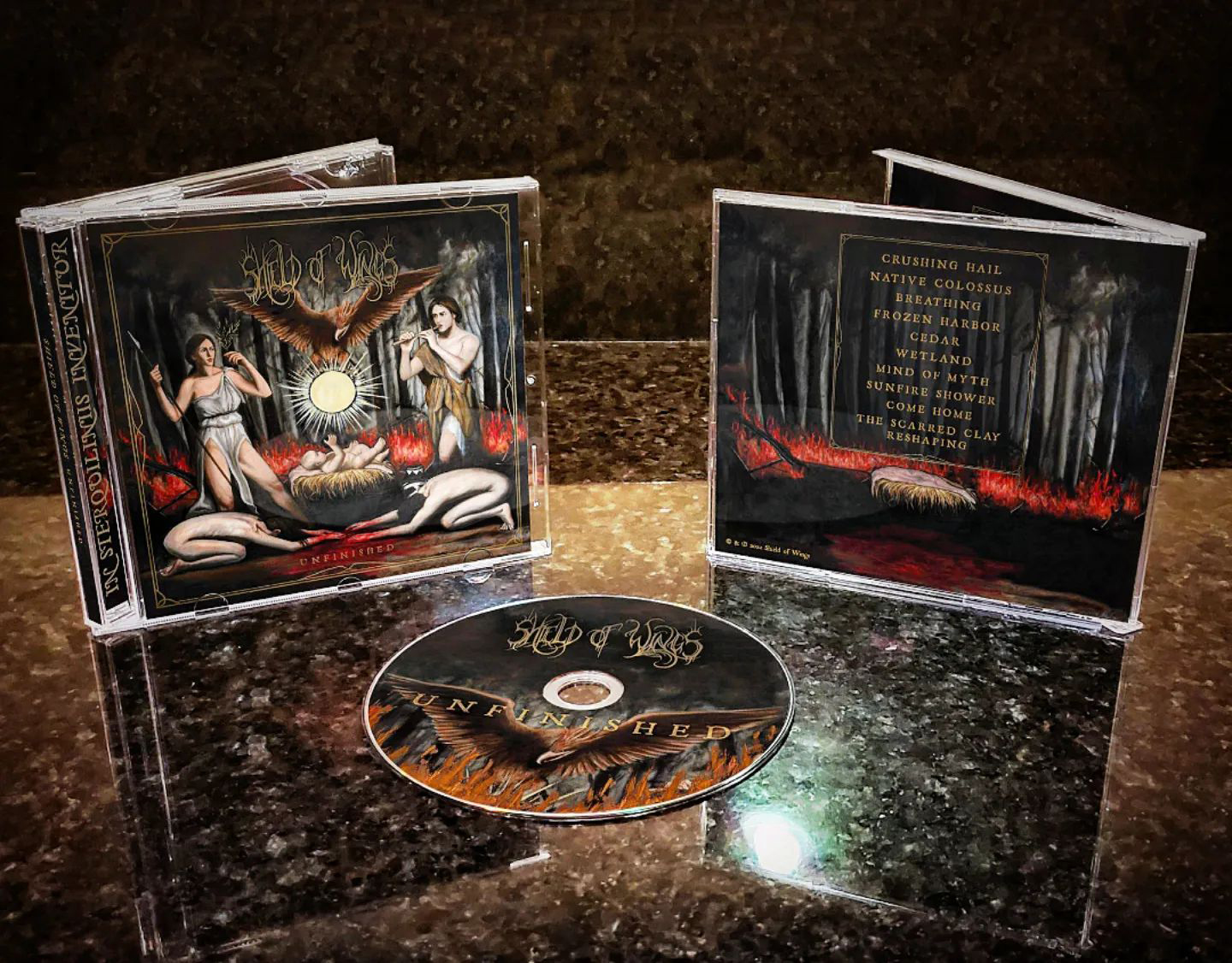 “Unfinished“ is a decent record but nothing extraordinary at all. It brings out a freshness and intensity, but its musical themes are detrimental and therefore we cannot look here for any personal element of its composers. The musicians are good, the production well-crafted and Lara Mordian is a very good singer with a voice that checks all the boxes of the so-called female fronted metal.

I find the second half of the album more interesting since the first one is kinda flat with only fast-paced songs. Truth be told here that I find it difficult to distinguish one track from another. On the other hand, in the second half the sound comes out more relaxed and this is due to the more pluralistic structure of some songs such as “Mind Of Myth“, “Sunfire Shower“ and the excellent ballad “Come Home“. In any case, those songs almost pay tribute to the bands that influenced the sound of SHIELD OF WINGS. The longer this exists, the less likely it is for any band to be distinguished. It sounds harsh, but there is a reality that we should not ignore, neither the musicians nor the media people.

SHIELD OF WINGS, without being something exceptional or unprecedented, is a band that is worth checking out and accordingly to invest in or not. On YouTube you can find “Crushing Hail” (https://youtu.be/jW4Uyxzv-Mo), “Mind Of Myth” (https://youtu.be/N8pC5tzO8s0) and “Wetland” (https://youtu.be/39hbEP04IKw), three very representative samples of “Unfinished“.