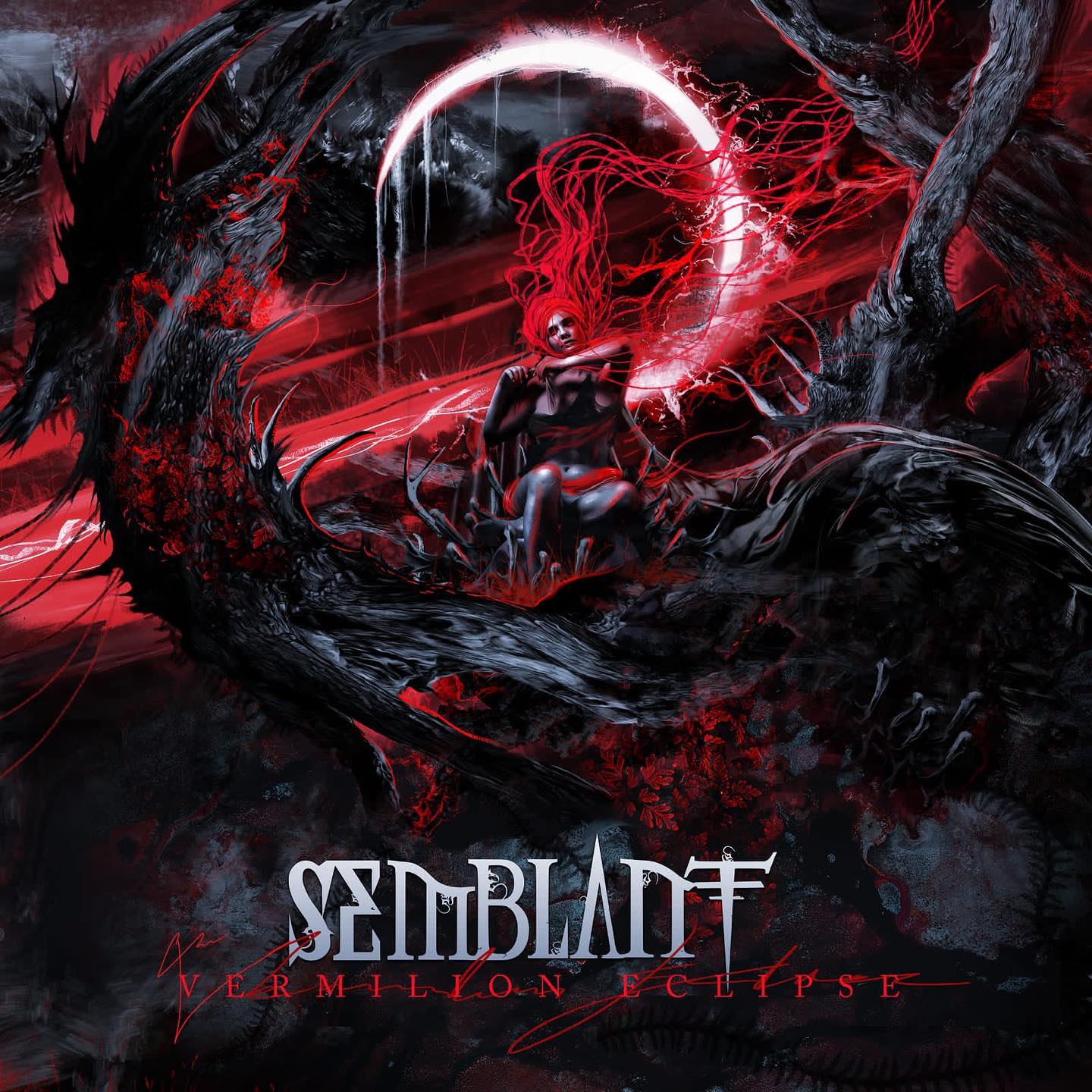 There’s a thin line in metal music when using clean and gruff vocals. This seems to be particularly important in bands who employ female singers with male musicians who add the growls. It doesn’t always work and can overpower and distract from the overall delivery. Thankfully, this isn’t the case for Brazilian outfit SEMBLANT, whose album “Vermilion Eclipse” is their second release for Frontiers Music srl. It’s their fourth album overall for a band who have been together for over 15 years.

“Vermilion Eclipse” brings 12 tracks which vary in style and delivery and apart from the grand finale “Day One Oblivion”, which we will get to later, the tracks are standard length, sharp and punchy with a crisp production that emphasises the vocals of both Mizuho Lin and co-singer Sérgio Mazul, as well as the solid musicianship that cements every track. 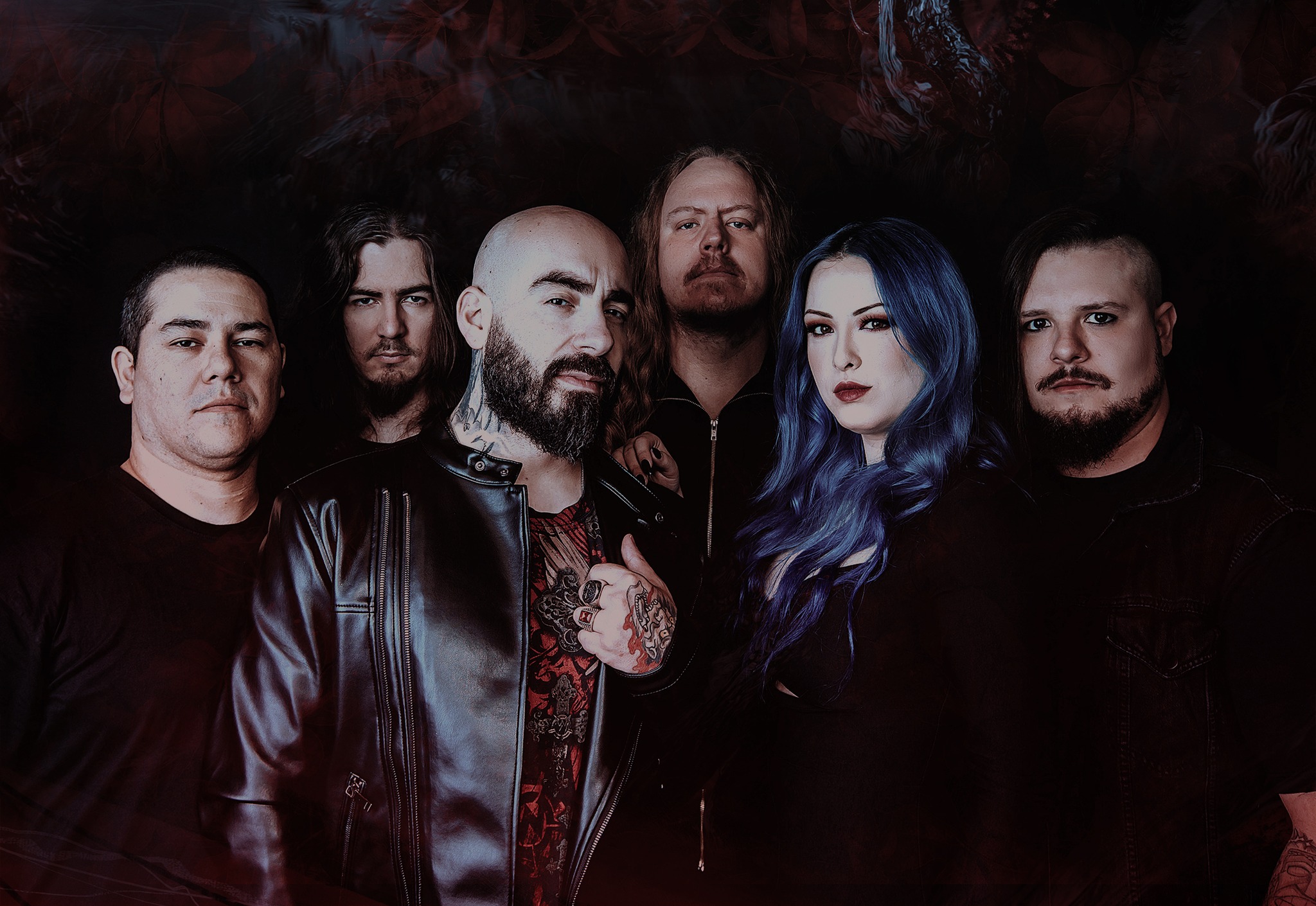 I read a couple of reviews of the band’s 2020 release “Obscura” which weren’t particularly complimentary, so there was a slight concern that this was going to be another bad release. It was pleasing to note that I didn’t find this the case, and for the most part, this was an album that was enjoyable. Much like Lacuna Coil, who are the obvious comparison when looking at the line-up and the delivery of dual vocalists, there are tracks that don’t gel as well as others. “Through The Denial” includes too many styles of singing in one song, with growls, cleans, roars and screams all raging over a maelstrom of riffs and soaring symphonic parts. It’s a bit intense on the aural stimulation with too much going on.

The continuation of the “Legacy Of Blood” saga continues with the ferocity of “Black Sun Genesis (Part VI)” and “Bloodred Monarchy (Part VII)” which capture the attention as does the bombastic opening track “Enrage” that sees the band in full flight, rapid drumming and powerful guitar work ensuring that the album begins at lively pace, albeit a little cluttered, almost as if the band are trying to cram everything they can into the first minutes. Once it settles down, and Mazul’s gruff delivery is separated from Lin’s vocals, you can enjoy some excellent power metal with a symphonic edge thanks to the keyboards of founder J. Augusto. It’s a big entrance and sets a high bar.

First single “Purified” showcases the band’s undoubted quality with a huge sound, Lin’s rising vocals contrasting with Mazul’s lower tones, although I think the harsh growls are unnecessary. Utilising a pause adds dramatically to the atmosphere and provides opportunity for guitarist Juliano Ribeiro to unleash a fiery solo. “The Human Eclipse” shows the band’s heavier side with a racing start and some blistering riffs, Augusto’s layered synth work adding texture. It’s one song where both vocalists are in total synchronicity and it shows, for this is one of the best songs on the album with Mazul’s strong baritone shining through.

Having navigated 11 songs, it’s time to address the final song, the ten-minute epic “Day One Oblivion”. It begins with a gentle duet between Lin and the keyboards, delicate and ethereal before exploding into life with a massive burst of intense drums and riffs, over which the keyboards tinkle. Ferocious roars contrast with the melody and Lin’s performance is one of her best on the album. Her vocals aren’t as forced here as elsewhere, presenting naturally, whilst the balance with Mazul’s angry growls is better placed than on some other songs. As the song progresses, it’s possible to become really invested in it, absorbing the atmosphere as the song slows for a calm mid-section breakdown before building once more towards its dramatic crescendo.

There is a lot going on in each song, at times to its detriment as it overpowers. When SEMBLANT get it right, then it works beautifully. There are still occasions when Lin’s vocals present as slightly forced and I don’t enjoy the multitude of different styles that Mazul brings to nearly every song. His cleans work well and it would have been good to hear a couple of songs where he dropped the growls. It’s a solid album rather than spectacular, but there is plenty within it to really enjoy.