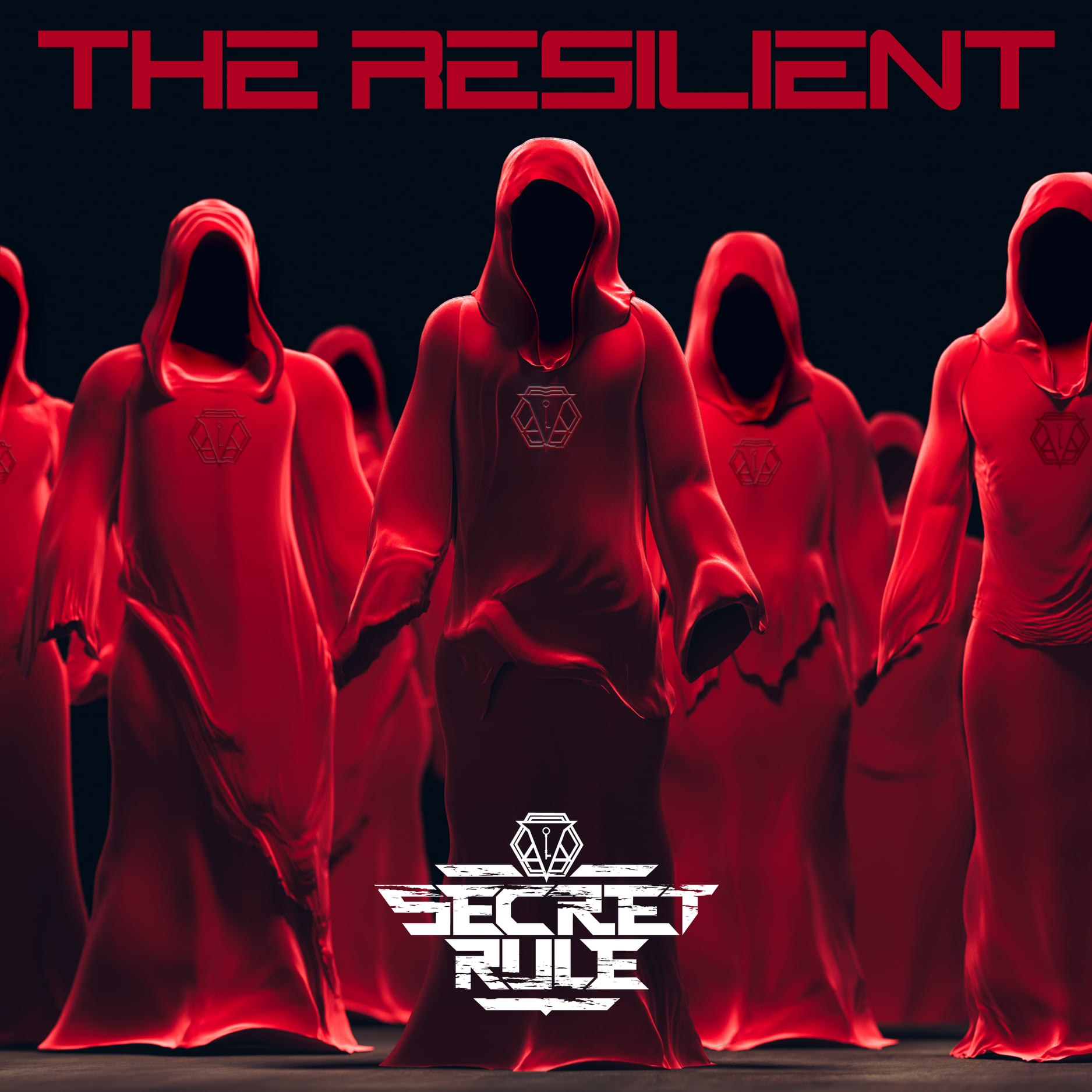 SECRET RULE is an Italian rock-metal band, formed at the beginning of 2014. They describe their sound as… “a mix of powerful rhythms and catchy melodies with a little touch of electronic and symphonic inserts“. The members are Angela Di Vincenzo – vocals, Andy Menario – guitar and loop sequences and Sebastiano Dolzani – drums. Bass parts on “The Resilient”  were recorded courtesy of Andrea Arcangeli of DGM who also appears in the video for “One More“ as well as the “Obsession“ video.

SECRET RULE has been on my radar for a while now, since not long after I discovered the amazing False Memories and began to realize how many great Italian bands there are! I have to admit I really hadn’t listened to that many of their songs until recently. I have tried to get up to speed with their music just so I’ll have a point of reference for this new release, but I still have more catching up to do. One thing I do feel fairly comfortable saying is that “The Resilient” seems to have a much stronger production than their previous releases.

“The Resilient” kicks things off with a bang with a really energetic uptempo rocker titled “One More“. After a brief intro featuring a childrens choir and some really cool effects, we’re greeted with some heavy pounding drums and guitar while the choir continues. Then we’re suddenly hit with a wall of double bass drums and crushing metal guitars and bass! Angela‘s vocals charge in with a ferocious passion as she releases her anger, seemingly directed at corrupt world leaders. An opinion I formed after watching the video and reading the lyrics closely. I’m sure these lyrics were written before the current situation between Russia and the Ukraine but it definitely seems to apply. I’m sure most of you have heard the song and seen the video already, so I think enough said about this track except for the fact that both the song and video are fantastic!

The pace has been set and the momentum continues with another metal onslaught called “Time To Reset“. It begins with a very cool short guitar intro and then here comes another barrage of double bass drums and chugging metal guitar riffs! Angela snarls like a woman possessed as she belts out the lyrics… “It’s time to own up, it’s time to own up, the shit is coming!” The track is really heavy but still very melodic with catchy melodies, symphonic elements and a memorable chorus! About midway the song quiets down briefly with an interesting and beautiful short vocal duet between Angela and I assume Andy, set to piano and strings with a pulsating bass drum which then gives way to a really cool sound almost like a jet taking off. Then suddenly the pace speeds up rapidly and a blistering guitar solo ensues. A really awesome song!

“I Wanna Cry“ slows things down just a bit while sacrificing none of the power and energy. Combining electronic and symphonic sounds once again yet still keeping it heavy with the crunching metal guitars and the powerful bass and drums. Angela‘s clear and powerful vocals cut through it all as she sings this chorus that will get stuck in your head… “And we live with blinders / And we still feed like swines / We live with blinders / Can’t escape this mind control”. About the 3/4 mark Andy lets loose with a fantastic solo as the tempo changes. Another amazing song!

“Unlovable“ is another track you won’t soon forget! It opens up with a very cool intro with a beautiful hypnotic synth melody, then, you guessed it… a wonderful metallic attack! Things quiet down briefly as Angela‘s beautiful vocals come in for the first verse… “I’m going under, I’m no longer sane / In this fool obsession, I wanna see you / I never thought I was, so alone and unlovable”. Another huge chorus follows soon after as things get heavy again. This song has a lot of up and down, from somewhat quiet to really heavy. Then there’s a piano and vocal interlude with a sort of marching drum beat as it builds up then it gets heavy again. Andy does a sort of spoken, or growling vocal part, then it closes out with one last powerful chorus.

“Obsession“ is one you’ve probably already heard as it was the second single accompanied by a video. Another teriffic song! Probably the most commerical track of the album with a super memorable chorus and really catchy melodies and riffs! Angela sounds amazing as she tells us that she’s a fighter and encourages us also to be fighters. To fight for our freedom and to fight to be ourselves. 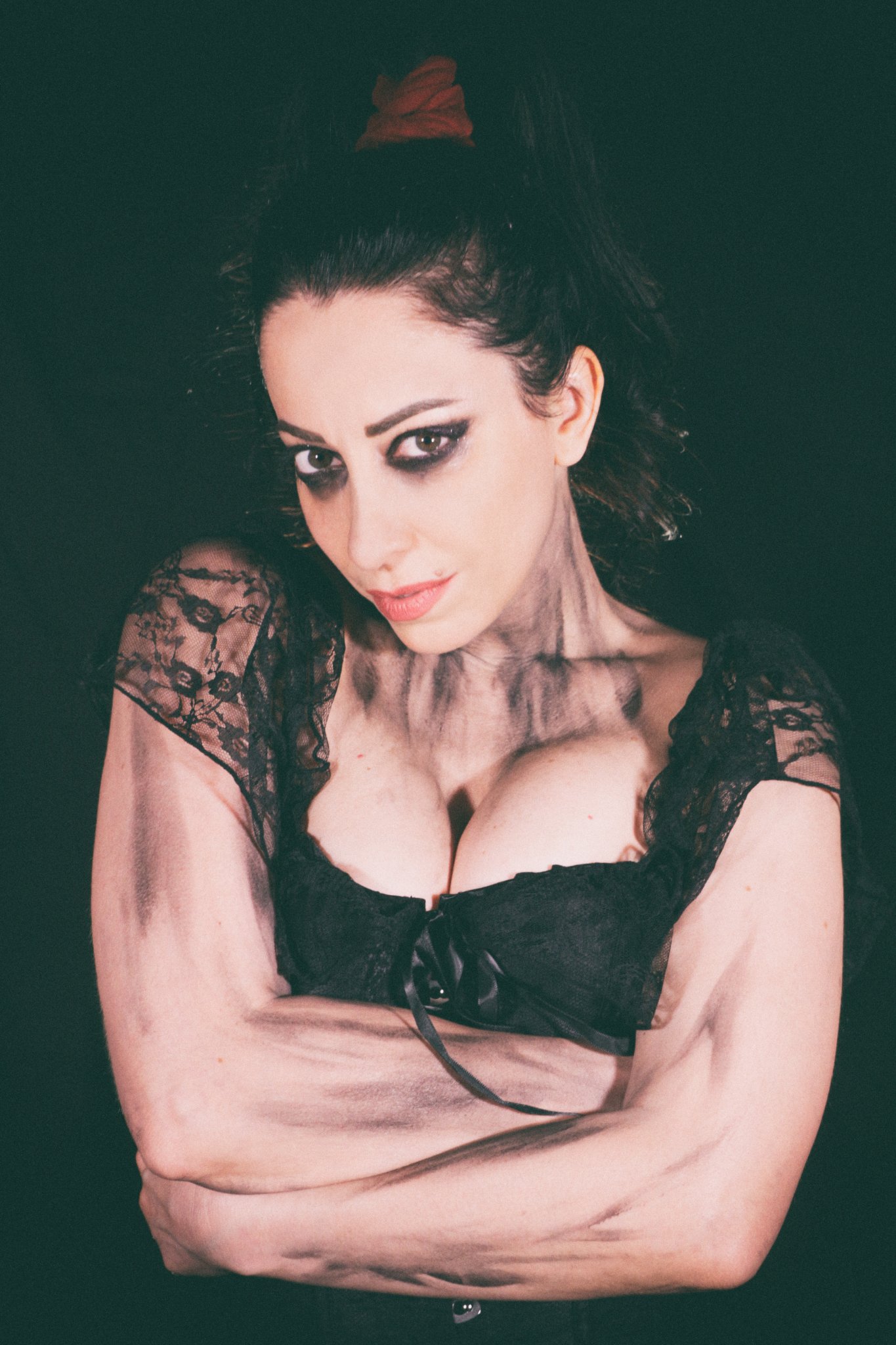 “The Illusion“ is a really unique track! At the time of this writing it’s slotted to be released as the next single with a video on June 17th, the same day the album will be released. I have a feeling it’s going to blow some minds! I’m not sure I can even describe it. In fact, I’m sure I can’t but I’ll try. It’s super heavy musically, vocally and lyrically. The whole song has a sort of time ticking vibe going on. It’s kinda sludgy almost doomy at times. It also incorporates some really cool techno and even trance like elements. Andy throws in a few one word growls, Angela throws in a few ear-piercing high pitched screams. I’m willing to bet you’ve never heard anything quite like it! I know I haven’t! Lyrically it seems to address the pandemic, the cancel culture and maybe even the manipulation through the media. I could be way off, but that’s what it makes me think of. Musically it’s kinda progressive but not fast or super technical. It’s got some odd timing and tempo changes. A really original and adventurous song! I think it’s fantastic!

“The Showdown“ has definitely been one of my favorite songs from the first time I heard it! Perfect in every way! Angela sounds incredible! Andy plays some of the grooviest and catchiest riffs I’ve ever heard! The drums are fantastic, the bass sounds amazing! This is surely bound to go over really great live! I can picture everyone jumping up and down! Andy plays a short but really super tasty and melodic guitar solo! Lyrically it seems to be about the battle between the forces of light and darkness. In a pre-chorus Angela sings… “The Angels have fallen, to fight on this earth / Light and darkness will play the last game / The time is now over, the seal has been opened”. What else can I say? Just an incredible song!

A haunting synth melody, a choir like sound and some strings sets the tone for the beginning of  “A Little Piece Of Joy“. An electronic sounding drum beat starts as Angela‘s beautiful voice sings… “I’m in the corner, I’ve lost all my dreams / my wound is still bleeding, can’t you see my tears?“ Then just when you think this is going to be a mellow love gone wrong song, Andy takes the helm and steers this ship into crunch town! He turns this would be ballad into a power ballad with a capital P! What a fantastic guitar sound! Sebastiano and his double bass drums, along with Andrea and his booming low end, are right there with him! Angela‘s beautiful trademark harmonies are prominent all throughout the track. Clocking in at 4:53, this is the longest track on the album.

The album closes with a short 1:34 outro called “The Hope“. It’s just acoustic guitar and vocals. The lyrics seem to address the tragedies of war and the hope we hold on to that someday we’ll see lost loved ones again. The vocal melodies are beautiful and memorable and Angela sings with passion and emotion. It stands in stark contrast to the metal pounding we’ve just been treated to! 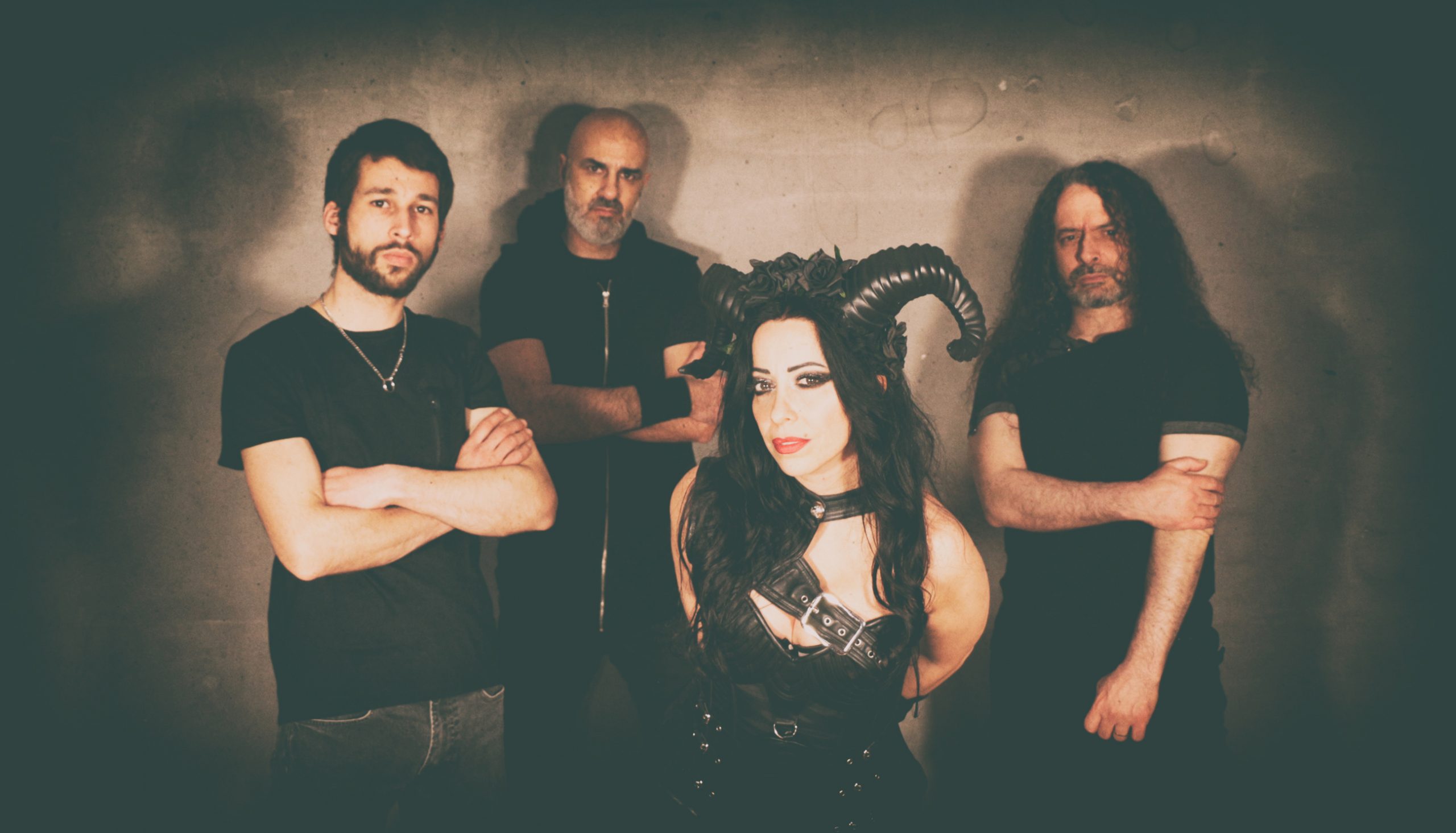 In summary:
I specifically requested to review “The Resilient”  because I suspected it was going to be something special. I don’t know what all they changed this time, but they have really taken things to another level! The sound is beefier and more powerful than what I’ve heard on their previous releases! The production is more “in your face” and the songs are very well written! Perhaps this is due in part to their new label 7hard. Whatever the reason, the album has really impressed me! While it’s true that they do incorporate symphonic and electronic elements in their music, with “The Resilient” I feel SECRET RULE leans heavier on the metal than many bands who also have those elements. Much of this is due to Andy‘s heavy and powerful guitar sound. On their website he counts Black Sabbath as one of his biggest influences and favorite bands and it shows! Some of his riffs on this new album are among the heaviest and catchiest I’ve heard! Another reason, I believe, is the addition of new drummer Sebastiano Dolzani. His style and sound is very powerful with a lot of really great double bass work and he does a fantastic job on the new album! Andrea Arcangeli of DGM is an amazing bass player and his sound and style also contribute greatly to the powerful sound of the new album. I see from the photos and videos of their recent live shows that they have a different bass player. So far I have not been able to find out his name. Angela does not sing in an operatic style on this album at all, although she can do it very well if she chooses. Her style to me is more pop oriented, more clear, powerful and agressive. She sings sometimes with a lot of vibrato and vigor and sometimes with beauty and elegance. She also comes up with some incredible melodies and harmonies and some super catchy choruses! In addition to all that she’s written some really deep and thoughtful lyrics. There’s much more going on here than incredible music! She even designs their album artwork! I do have to admit it has taken me a while to really warm up to her voice but on “The Resilient” she has won me over and I now count myself as a huge fan!

I believe SECRET RULE is a band who, although they are pretty well known and respected, deserve much more recognition than they have achieved thus far. I think “The Resilient” is the album that’s finally going to help them get that recognition!