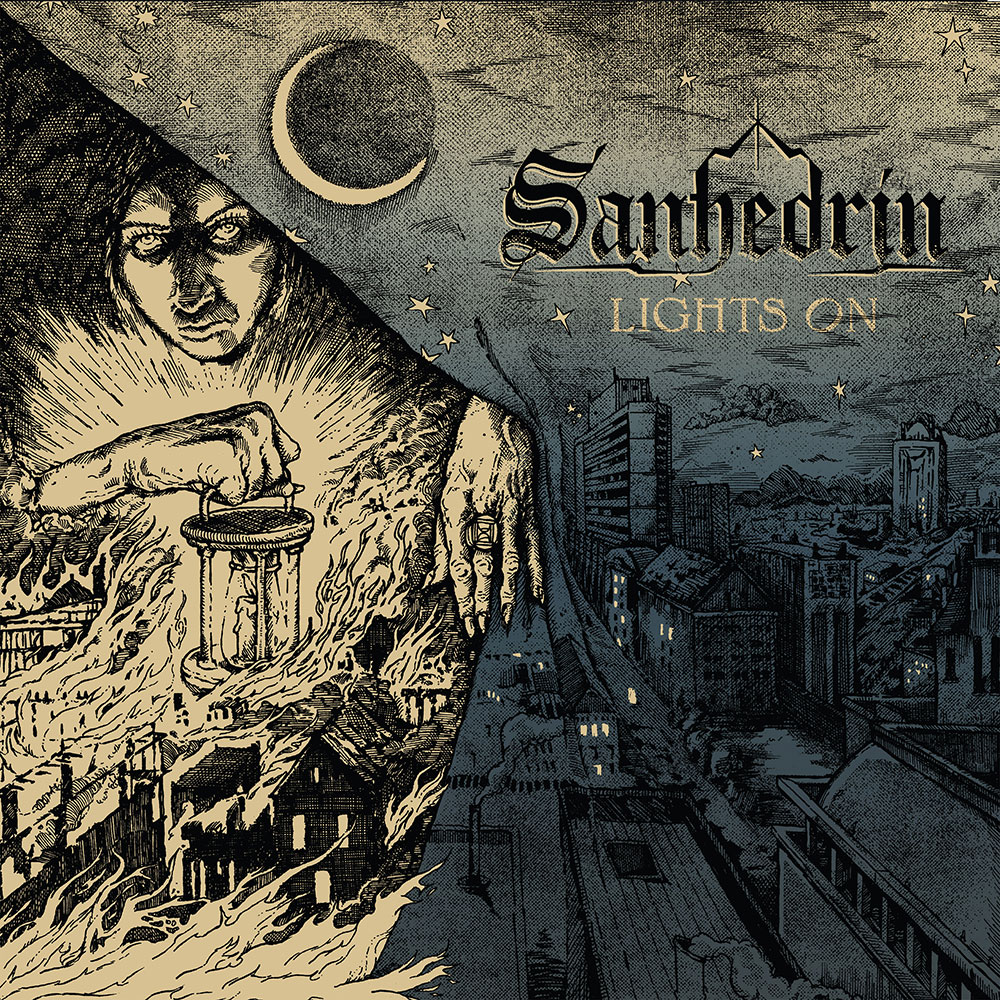 Heavy metal has expanded and evolved over the past 50 years. When I was growing up it was hard rock and heavy metal. As the world continued its revolutions, metal began to divide into genres and subdivisions. Today we have so many different labels for bands that it can be incredibly confusing. So, when Brooklyn trio SANHEDRIN say that they “do metal the old way”, there is some relief, because sometimes, old school heavy metal is what you need.

SANHEDRIN formed in 2015 and comprise vocalist/bassist Erica Stoltz, guitarist Jeremy Sosville and drummer Nathan Honor. With two albums already under their belt, 2022 sees their third release, “Lights On”. After 2019’s experimental release “The Prisoner”, SANHEDRIN have returned to their more muscular sound with 41 minutes of music that draws deep on the emotions collected over the past couple of years. There are feelings of loss, uncertainty, but also hope in this examination of the human condition. It’s an album that is consistent rather than breath taking, but there is plenty to unwrap.

Album opener “Correction” sets the pace. It’s a feisty riff heavy reflection on 2020 and the ideal song to front up the release. There’s a cohesion between the band members and a real live feel to the songs, something that the band has worked hard to achieve. The album continues with the driving title track, Stoltz’s deep tones working nicely alongside the driving pace, which slows to a more gentile pace before picking back up again. 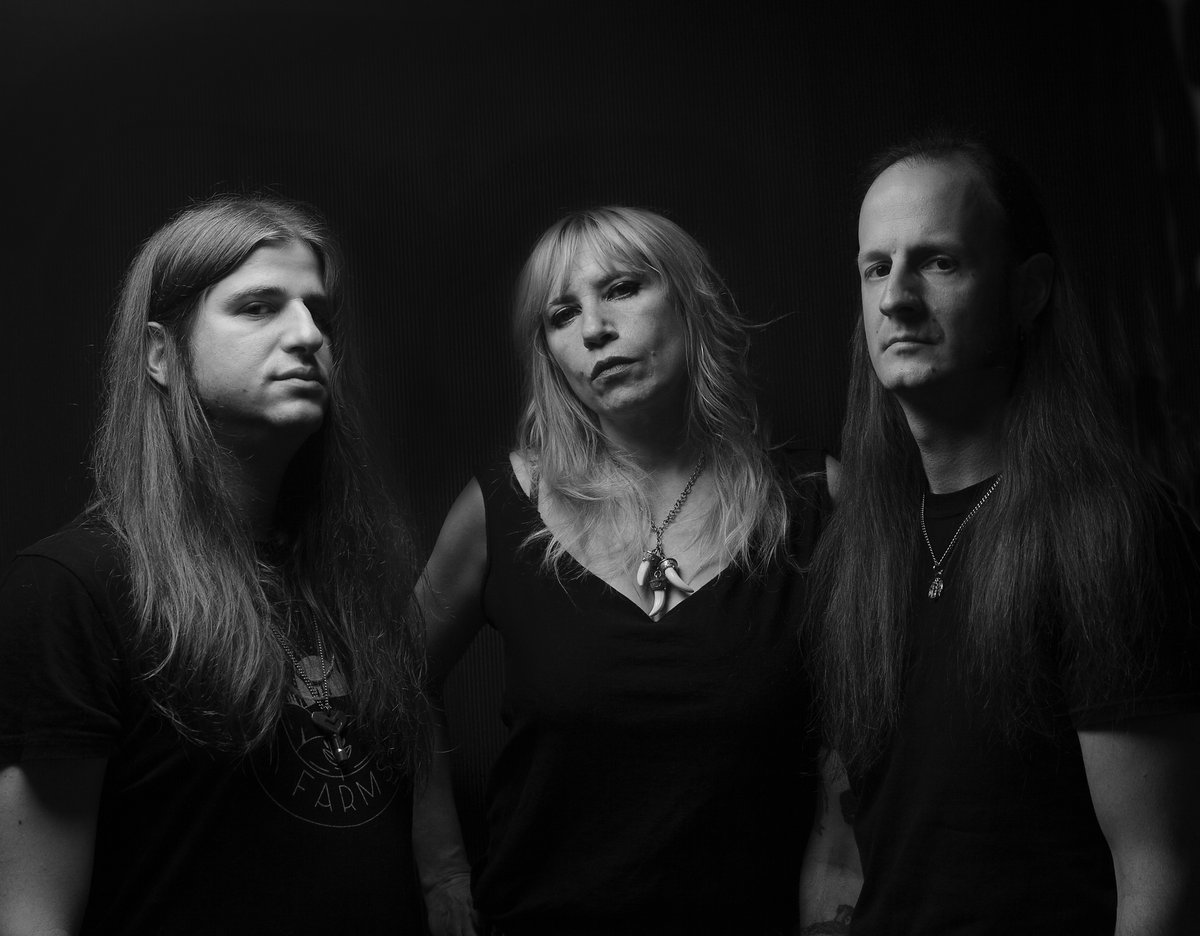 The eight songs that make up “Lights On” all bring a retro feel but with a contemporary twist, giving their solid metal a fresh sound. Still, there’s evidence of a Billy Duffy riff on the pulsing “Lost At Sea”, whilst the band add variation with the gothic edged “Changes Takes Forever”, which sees Sosville add some screamingly good lead guitar.

Plenty of variation in the mix as well with the slow burning “Code Blue” contrasting with the Motörhead punch of “Scythian Women”, a song that praises the strength of the horse-riding archers who were afforded (rightly) the same warrior burials as their menfolk. It’s a battering ram of a track that shows that SANHEDRIN can rock out with the best. Inevitably, there is a semi-ballad nestled away in the latter part of the album and it arrives in the shape of “Hero’s End”, which whilst slow and emotional, is more a track of honour than a soppy love-song. I don’t think SANHEDRIN have that type of song on the radar. It’s not the strongest song on the album, but it works with a big drum sound and Stoltz’s vocals standing out.

It’s a pounding finish with the album’s longest track, “Death Is A Door”, and although it’s seven-minutes in length the song rocks by, with a catchy hook and slight Iron Maiden feel, using a classic reflective intro and outro which bookend the song. “Lights On” isn’t the best album I’ve heard this year, but it is a solid and thoroughly enjoyable release, and it is well worth taking time to give it a spin and appreciate the quality of a band who are unashamedly proud of being a heavy metal band.