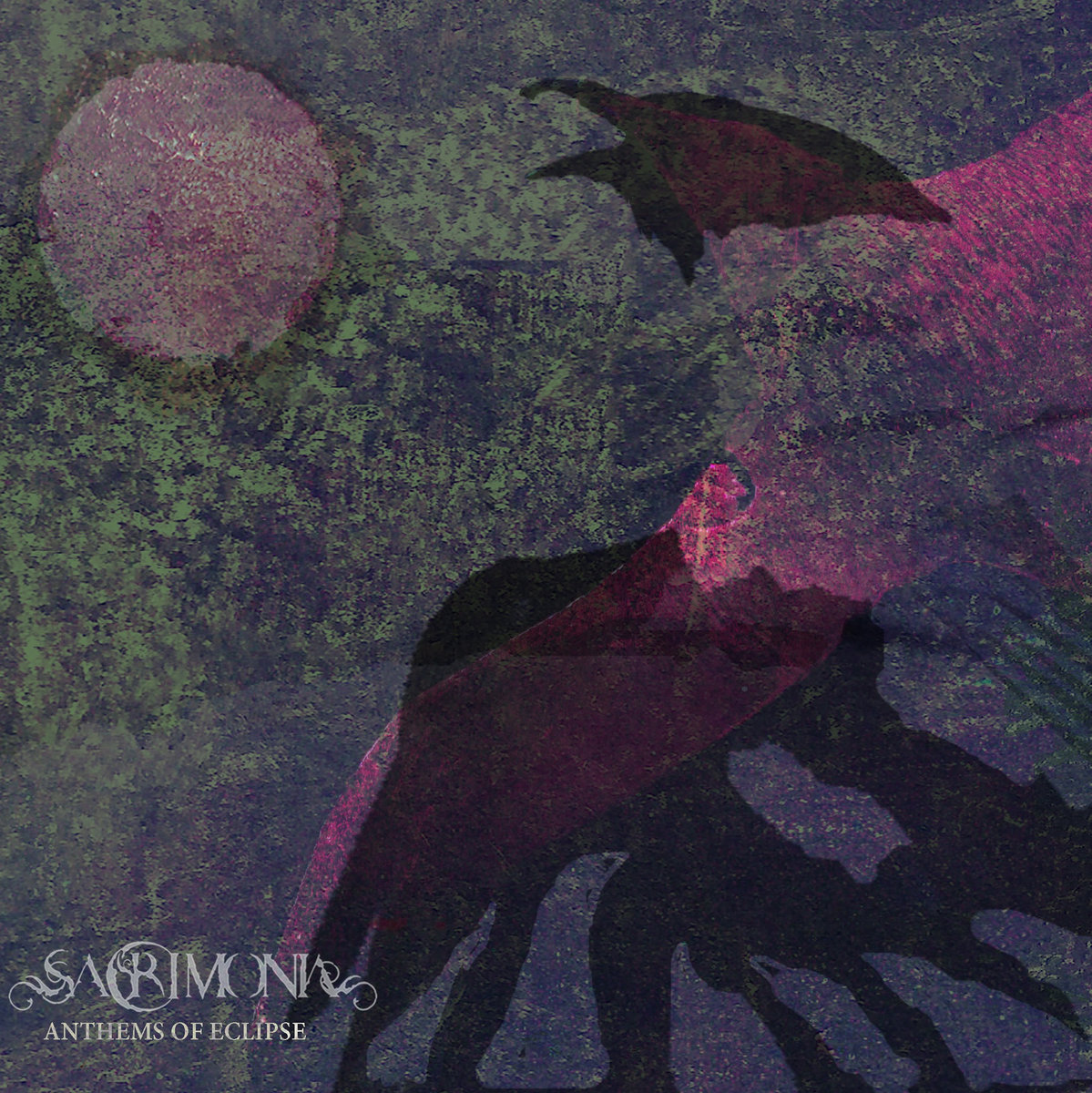 01. Distorted Simulacrum
02. Mirror For The Faceless
03. Modern Prometheus
04. For The Universe To Shatter
05. Into Darkness My Soul Descends
06. A Storm I Seek
07. Katabasis
08. Eclipse

Although they formed back in 2015 and released their debut EP a year later, it’s only now that the symphonic black metal of Warsaw’s SACRIMONIA has truly arrived in the shape of their debut album “Anthems Of Eclipse”. Unsurprisingly, given the album title, the band draw deeply on the Norwegian legends Emperor and Dimmu Borgir, whose music is in evidence throughout the 40 minutes on offer.

“Anthems Of Eclipse” brings sweeping waves of majestic keyboards that blend neatly with the vicious razor-edged riffing of the dual guitars of Jakub Zgorzelski and Mariusz Hausenplas, whilst the blisteringly battery of blast beats from drummer Igor Pisarek anchors the music with concrete solidity. Above it all, the guttural growls, roars and piercing screams of vocalist Kamila ‘Lasaira’ Grabowska-Derlatka present a demonic and harrowing element that sends chills down the spine.

The intro piece “Distorted Simulacrum” is effective, dramatic enough to be the soundtrack to a gothic horror. It segues into the explosive “Mirror For The Faceless” with Grabowska-Derlatka’s terrifying scream over the opening music before the song settles into its rhythms. Her vocals are grotesque, contorted and at times straining, such is the force and effort she emits. The percussion that echoes in the background brings a haunting feel but also creating something of a distraction, mainly due to their synthetic sound. There are elements of the theatrics of King Diamond in the ebb and flow, which is no bad thing. 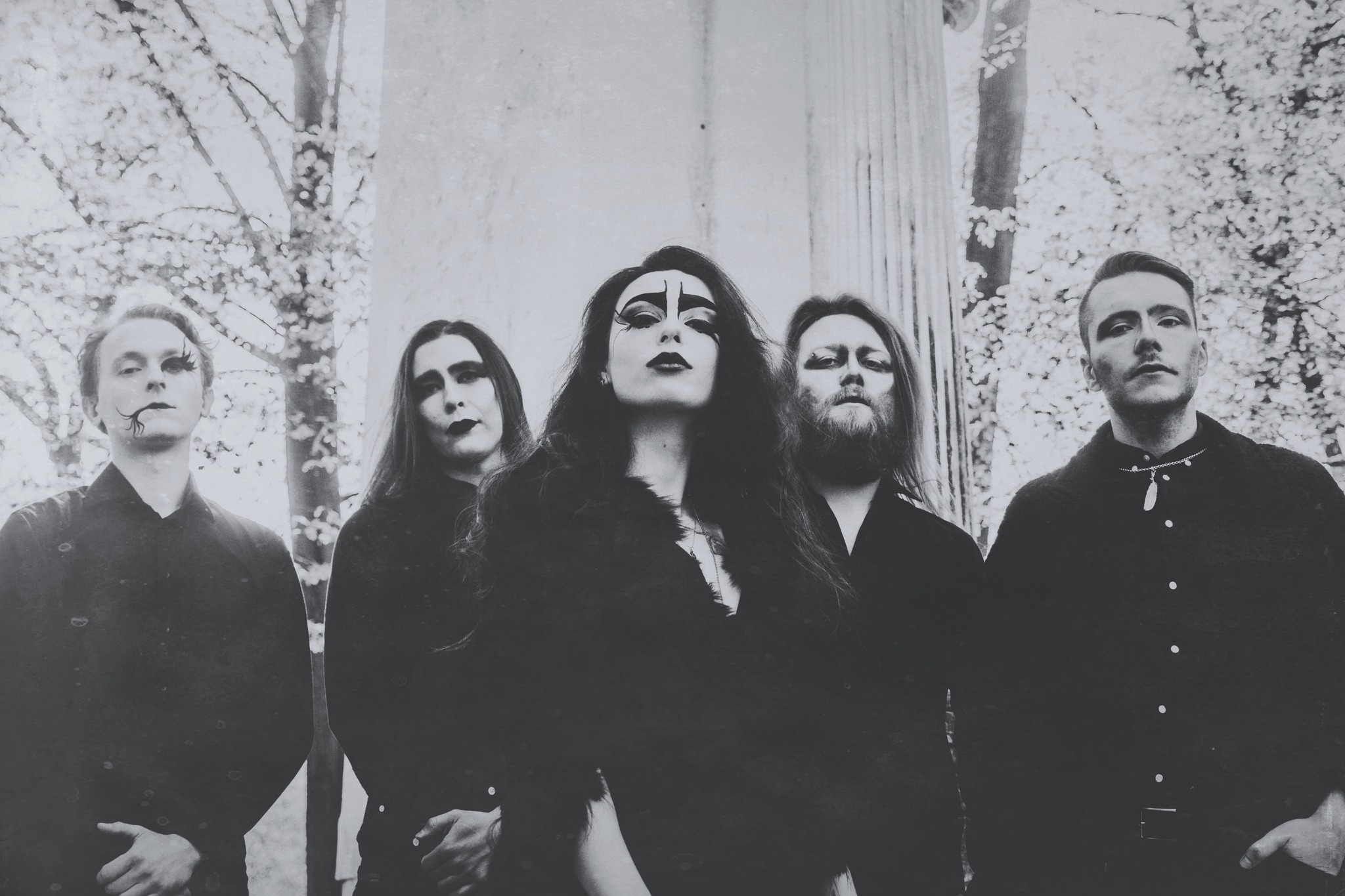 As the album progresses, it’s evident that the orchestrations play a pivotal role in the band’s compositions. They dominate large parts of “Modern Prometheus”, swirl and flourish grandly through the intensity of “For The Universe To Shatter”, although they rarely dominate. Symphonic black metal is an acquired taste, but if you like your metal with drama, energy and delivered in truly epic proportions, “Anthems Of Eclipse” should be on your list.

The pace rarely slows, SACRIMONIA preferring to stick to the more bruising delivery. When it does ease, it’s merely for seconds before the blast beats open once more and the riffs flow. There’s a slightly mesmeric feel to the songs, with the slower segments of “Into Darkness My Soul Descends” almost hypnotic. The underlying melody may not be immediately noticeable but give the album a couple of plays and you’ll soon soak it up.

Grabowska-Derlatka’s emotive and punishing delivery as she embarks on her storytelling, combined with the orchestral parts, bewitch and captivate. The huge sound the band create allows them leeway to explore and move slightly away from the norm, such as “A Storm I Seek”, which sees simple piano chords tussle with guitar in the opening pasts. In contrast, penultimate song “Katabasis” is a wonderfully powerful piece that blasts its way forward with little regard for anything in its slipstream. This leads to the album’s closing track, the impressively grandiose seven-minute “Eclipse” which draws the listener in with disparate promises and enchantments, blood curdling screams and a story that captivates.

“Anthems Of Eclipse” needs to be played several times to appreciate the subtly that is woven into the release. Non-BM fans won’t enjoy this. If you do like a splash of corpse paint now and again, then it’s a record that should be explored in detail.