OCEANS OF SLUMBER – STARLIGHT AND ASH 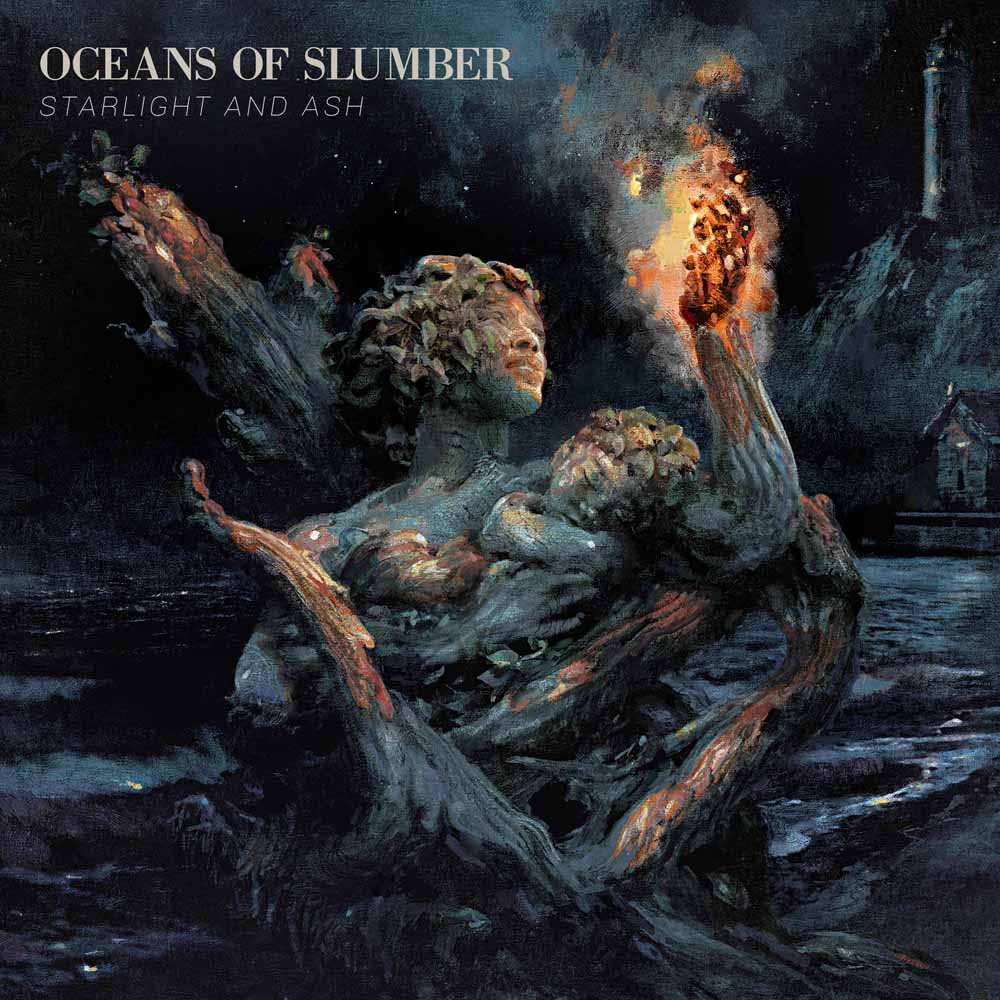 It’s incredibly likely that “Starlight And Ash” will feature in many a top ten at the end of 2022. Two years since their self-titled fourth full-length release wowed many in 2020, the Texas-based outfit’s latest opus is a work of sheer breath-taking quality. For those who have followed the band from their earliest days, this is the album that was always promised but which has rightly taken time to achieve. The building blocks that were slowly put in place have metamorphosed into what is being described as New Southern Gothic.

Whatever label you desire to stick on the band’s lapel, “Starlight And Ash” is a sonic journey that is absorbing, captivating and intimately crafted. It’s nowhere as heavy as previously albums, but rather than eschew their roots, OCEANS OF SLUMBER have instead blended their metal leanings and forged them into the edges of their music. At times it’s dark gothic, at times semi-pop, but always deliciously poised and enchanting. 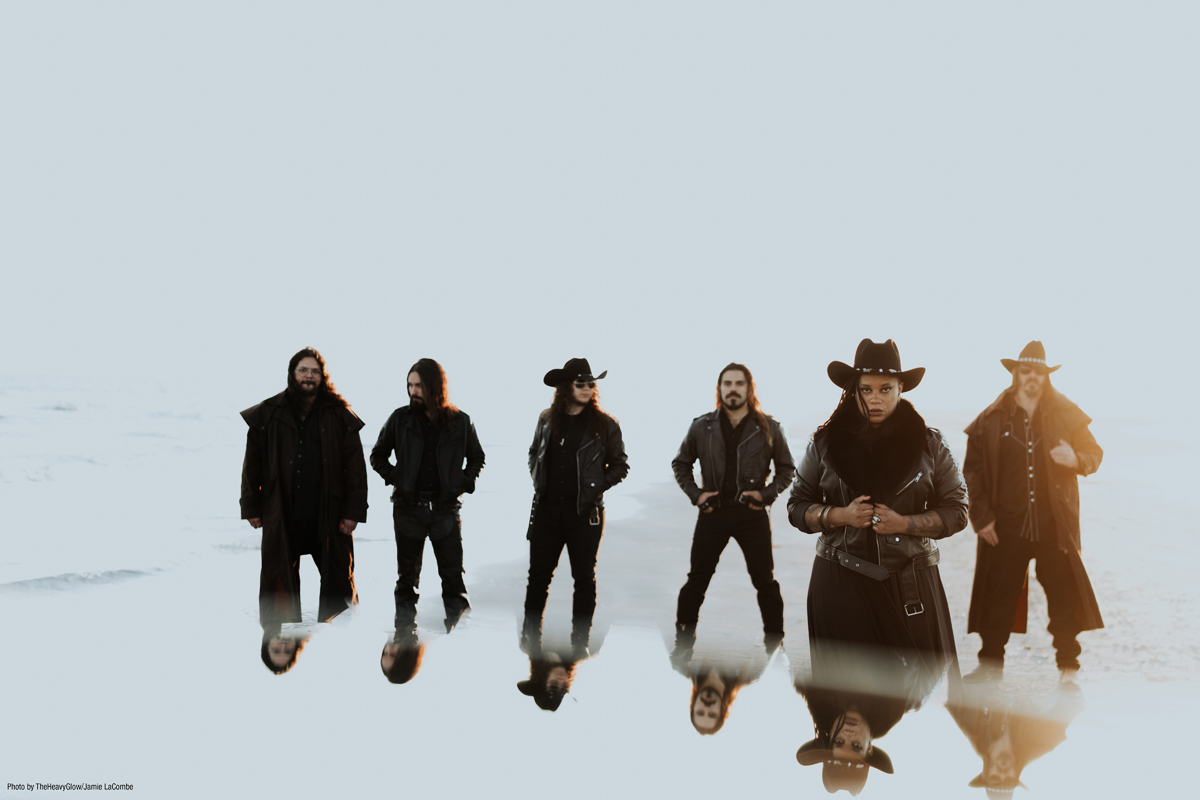 In the build-up to the album’s release, we’ve been spoilt by the lead singles. “The Waters Rising”, “Hearts Of Stone” and “The Lighthouse” comprise the three opening songs on the album and whether they like it or not, put vocalist Cammie Beverly squarely front and centre. Her voice has always been a key instrument in the band’s music and here she conveys a range of emotions that many singers can only dream about. Capturing vulnerability, passion and an intensity that are rarely heard, Beverly’s performance is stunning.

Strip back the band and you’ll find songwriter and drummer Dobber Beverly behind the band’s work. Fans of musicians who weave stories such as Nick Cave, Tom Waits and Chris Stapleton. Melding such writers with the darkness and melancholic heart shattering vision of Katatonia and Anathema brings a whole new direction. “The Lighthouse” is just one fabulous example: a brooding, emotionally drenched piece that lasts less than four-minutes, but which packs everything in. 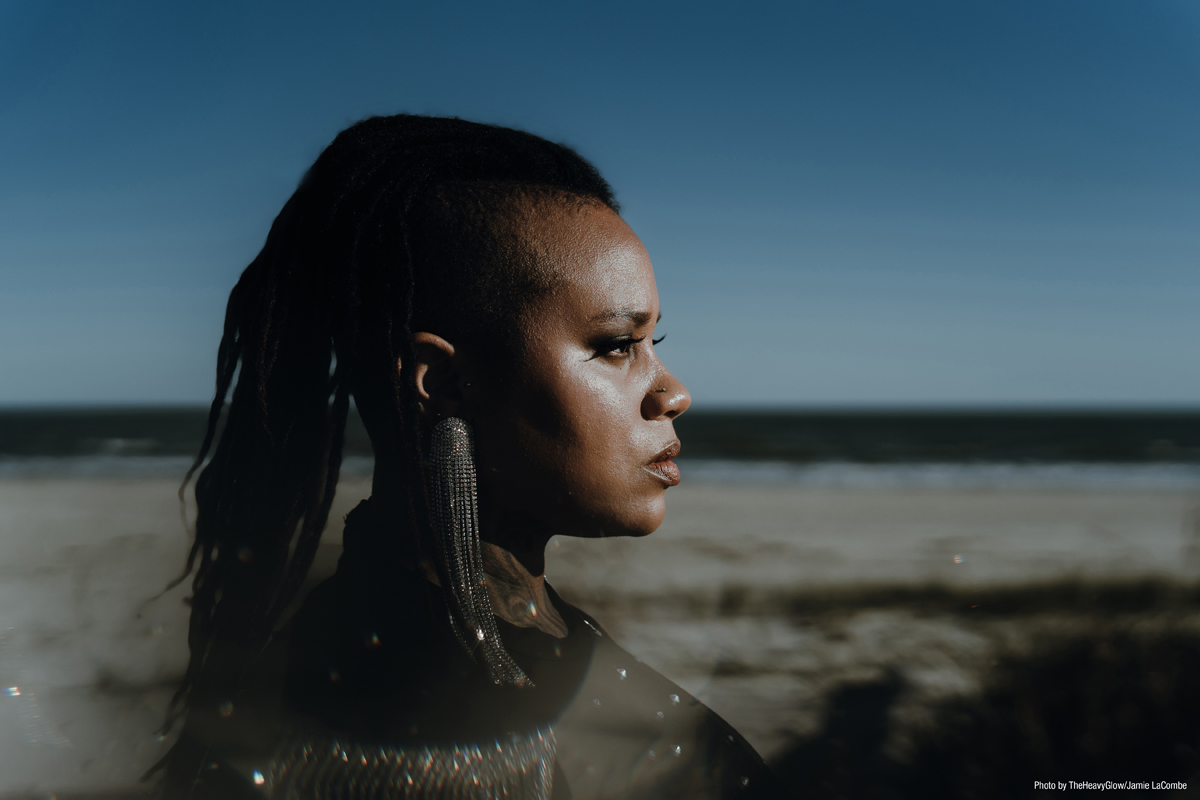 So, what is “Starlight And Ash” about? A story about a fictitious coastal town, the band draw a journey through the town’s struggles and trials, in an unfolding narrative that weaves and draws the listener close. Songs such as the delicate “The Hanging Tree” envelope you as it smoulders away. “Star Altar” portrays the dangerous relationship many women have with men, and hints at OCEAN OF SLUMBER’s heavier past. “Just A Day” tugs at the heartstrings, a truly captivating tale as a depressed woman finds solace in a spouse willing to support and stand by her. Cammie Beverly’s opening duet with Mat V Aleman’s keyboards is one of the highlights of an album crammed full of highlights.

Of course, OCEANS OF SLUMBER are also one of the few bands to breathe originality and life into the cover version. Be it Candlemass‘ “Solitude”, The Moody Blues‘ “Nights In White Satin” or Type O Negative‘s “Wolf Moon”, the band’s ability to create and regenerate classic songs demonstrates their breadth and skill. Here we get a stirring cover of The Animals‘ “House Of The Rising Sun”. Not a favourite of mine, it still works perfectly here.

It may have taken them a long journey, but OCEANS OF SLUMBER have most definitely arrived in a place where few can reach. “Starlight And Ash” is special. Very special and an album that a decade of hard graft has culminated in. Impressive, beautiful and uplifting. Few will get close to this in 2022!