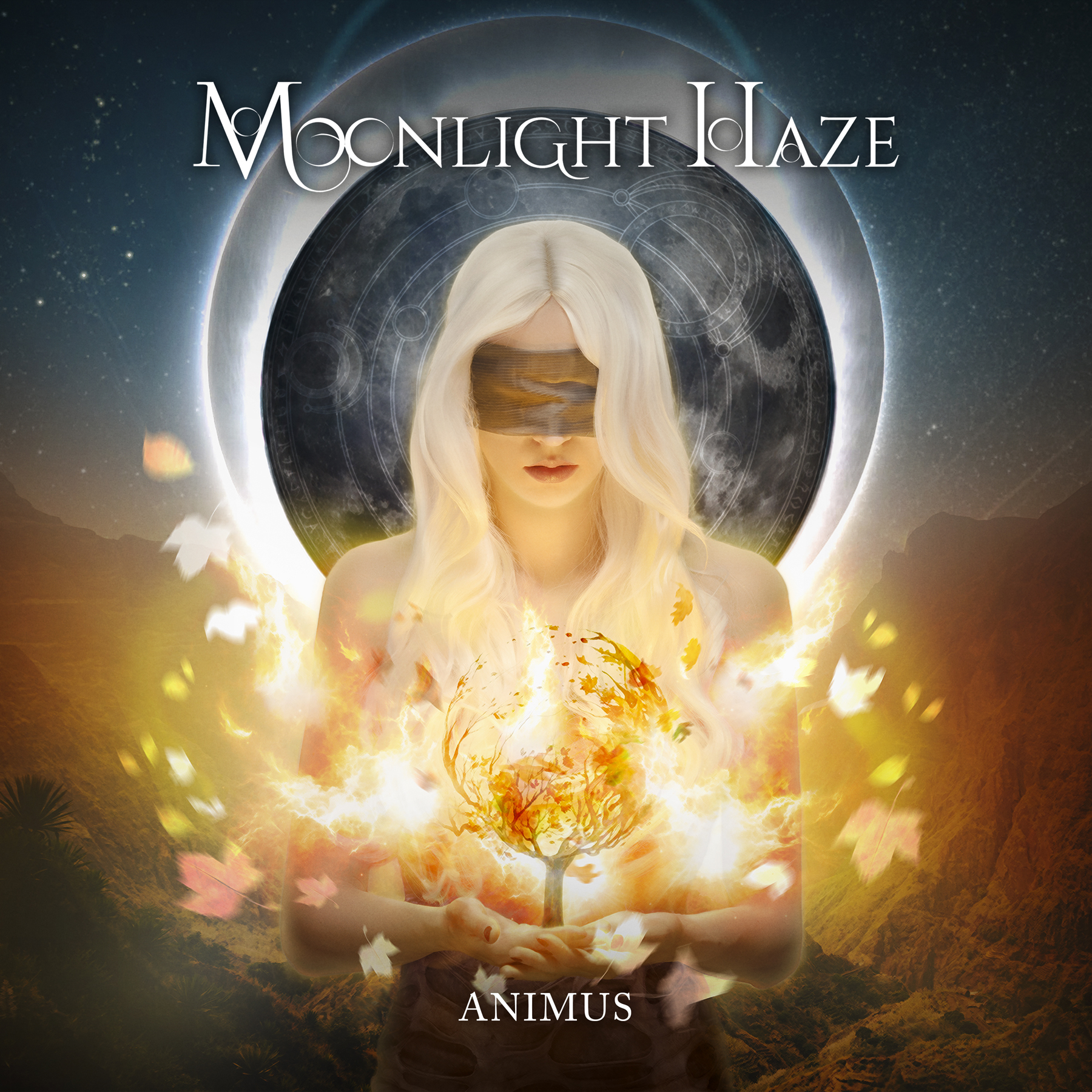 MOONLIGHT HAZE founders – singer Chiara Tricarico and drummer/keyboardist Giulio Capone – know the power/symphonic metal formula. Together with guitarists Alberto Melinato and Marco Falanga and bassist Allesandro Jacobi, the Italian band has the orchestration and complex arrangements down on their third album “Animus”. It’s pleasant enough, but it’s nothing we haven’t heard before and have heard done better. The tracks are nicely succinct; no track overstays. But lyrically, there are pitfalls that become more and more problematic and musically, the tempos and structures vary little. 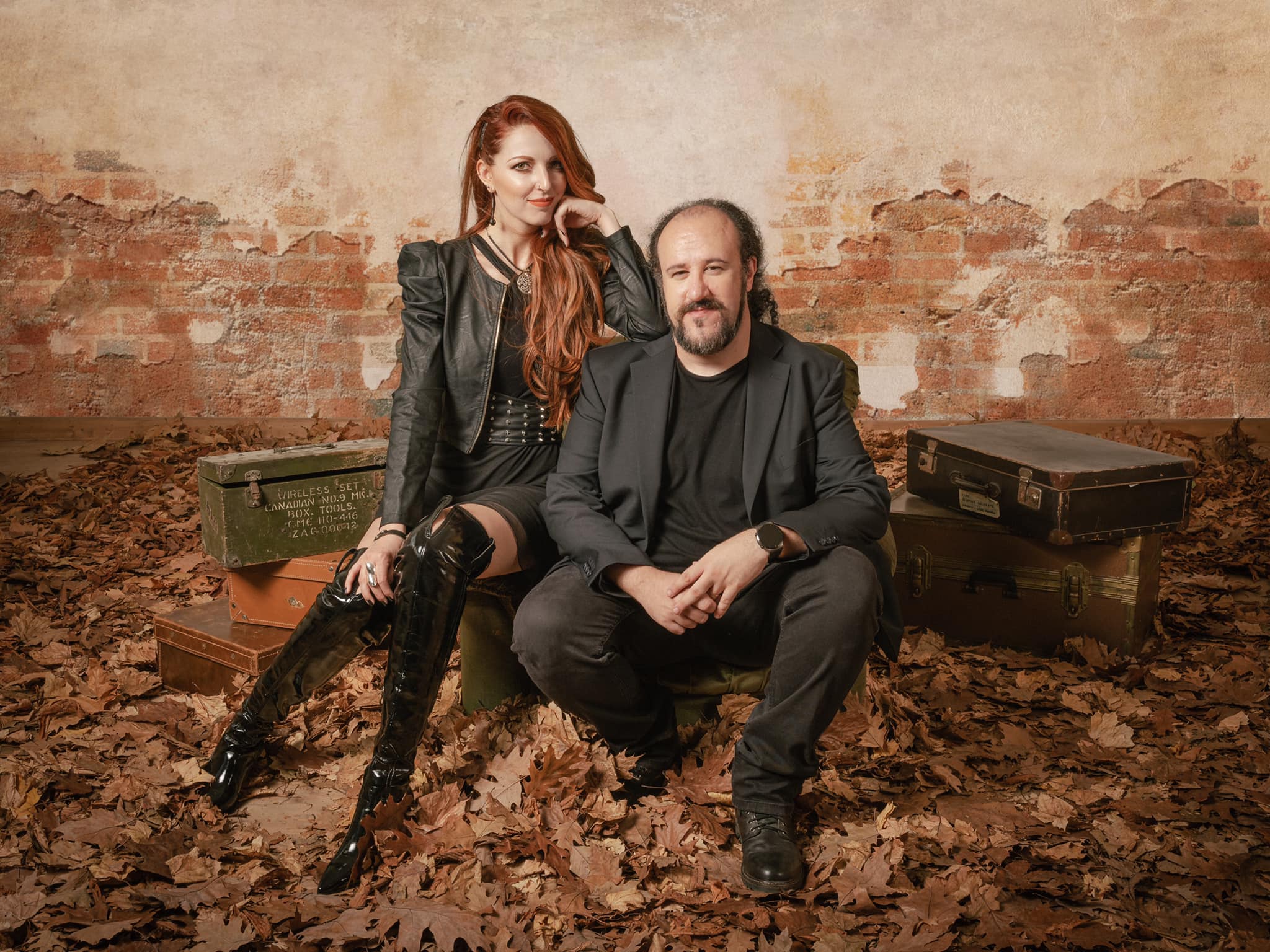 Big choir vocals herald the main lyrical theme of “The Nothing”, that is, despair, hopelessness. This driving, insistent refrain, or almost warning, is repeated at points throughout as if to say these feelings always lurk within and we have to stay on guard against them. The song relaxes into the groove of the verses and Chiara increases her intensity as the theme grows in optimism. The verses seem to be metaphorical in many ways – Chiara says “All the lights went out, the curtains are drawn” in the first (that is, depression, perhaps) and “We are warriors / We will fight so hard to save the realm” (that is, the one within) and “There’s a hideous monster on our trail” (that is darkness, self doubt, those “evil forces” of the second verse). The prechoruses are a kind of “you got this” acknowledgement: “It feels like suffocating / All the hope is gone”, but the second one proclaims: “Like heroes we will rise… We’ll fly among the clouds to stop the growing dark”. The chorus is the saving power of music, that “Journey to fantasia!”. Chiara’s high register is buried a bit in the bridge, although her operatic vocal, used sparingly, is strong. Her voice as a whole is just fine, no surprises, no real deviation.

“It’s Insane” is fairly predictable symphonic metal, built on the interplay of orchestration and dual guitar work. There’s moments here of insightful, clever songwriting, like when Chiara sings: “I want to live my days like after one glass of good wine / When you’re still sober but bad thoughts start to leave from your mind” – awkward wording and wordiness aside, it’s well done and vivid and a good progression from the revealing first verse, where she notes: “I’m sick and tired of distress, I always worry too much” (like this is what I do, but I want to behave differently now). The second verse is definitely the story progressing, like we’ve made this life change and now “My fears are melting away… It all unravels so easily from this new perspective”. But the chorus, catchy as it is, is a bit cliched and rather pointless, like what exactly are we getting at here? It’s a little marching in place, as it were – it doesn’t advance the story.

Starting with buoyant 6/8 piano before establishing the main rhythm with guitars, “Kintsugi” is named for the Japanese technique of repairing broken pottery by mending the breaks with a precious metal. So the metaphor is even broken, bearing our scars visible and invisible, we are still beautiful (“Every fissure will remind you how brave you have been”). It’s an observation on mental health: “It’s not a crime to admit you feel broken” and “ / From time to time we all succumb to vice”, Chiara notes. There’s a provoking set of rhetorical questions, perhaps commentary on social media, in the second verse: “Do you think it’s right to fight against yourself? / To act like someone else, to fake perfection?/ What does truly lie beneath the surface that others show us?”. Again there are moments that warrant a bit of editing – “I went through the same thing and my pride stopped me from asking for help” (whew) – and the piano-based breakdown later on halts its momentum and impact a bit. The chorus is a very nice reference to the title, even if it never names it (“Make the scars within you shiny and gilded / Mend the cracks inside your soul with silver”), but Chiara could be so much louder and much more clearly mixed. She needed to be given sonic space within the bombast to make the lyrics punch harder.

These songs are a promising start, but the album then starts to falter. 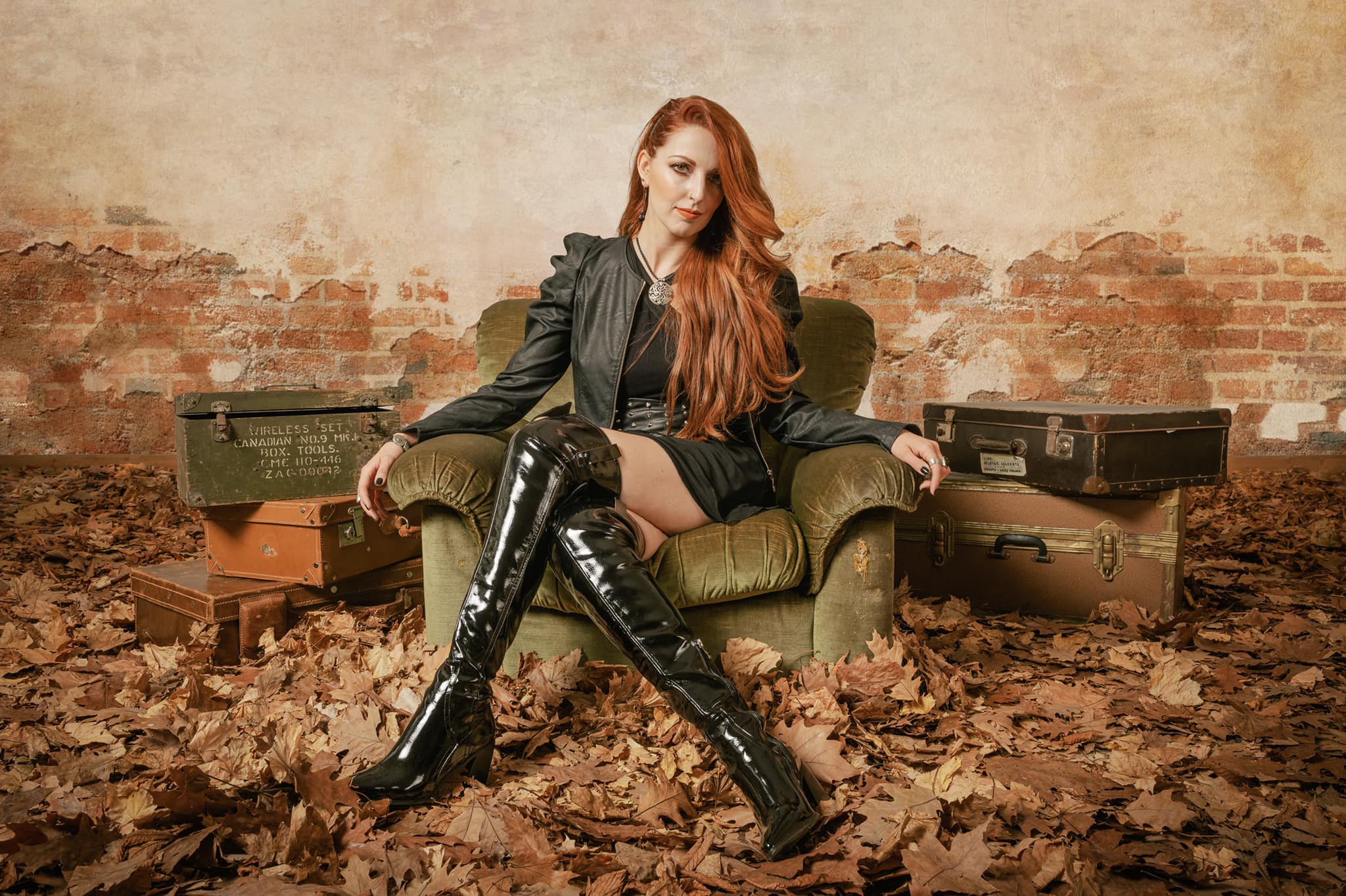 The title track gets its pleasing punch and grit throughout from the guitars. “Animus” has multiple meanings, the correct one here is “motivation to do something.” It’s also the philosophical term for the rational mind, which applies in this context as well. This too is weighed down by feel-good cliche – “When your task seems too hard / Remember all the times / You thought you would have failed but then you made it” in the first verse and “Climb way higher, free your fire / Never looking down below / Aim for the top, keep in motion / Get ready sometimes to fall” in the chorus. Ovid’s quote, “Courage conquers all things”, solemnly chanted in Latin by the choir, sounds a little sanctimonious, although the inkling of Allessandro’s bass is a treat. And the sudden harsh vocal in the prechorus, which perhaps could be seen as that inner doubting voice (“What if I slip today? / My efforts would be in vain”), is a good idea, but it’s jarring because we hadn’t heard it til now.

A bright cheery tone and a crisp chug serve as the musical basis for “The Thief And The Moon”, a fable about a hermetic poet whose few worldly belongings are stolen by the thief of the title. We get sketches of each point in the plot – a brief introduction of the poet (“a solitaire” who “leads the simplest kind of life”), the theft, the thief who, as he runs away, fears “the zen master and his rage” (if he’s a zen master, though, isn’t he beyond rage? Anyway…). And indeed, the poet realizes the only thing he needs to write is the light of the moon, so he’s resigned to what’s befallen him. This is all well and good, but the clumsiness of the chorus really takes away from the story: the unnecessary repetition of “So it begins the story of the thief and the Moon”, then “So this story talks about the thief and the Moon” and lastly: “So this was the story about…”, well you get it, and the constant falling back into amateurish show-don’t-tell with lines like “It might sound sad but there’s a lesson to be learned” and “When there’s nothing left to hold on to, look on the bright side”. And Chiara is buried again in the mix – her naturally soft soprano, coupled with all the words she has to cram into a given line, really work against her. 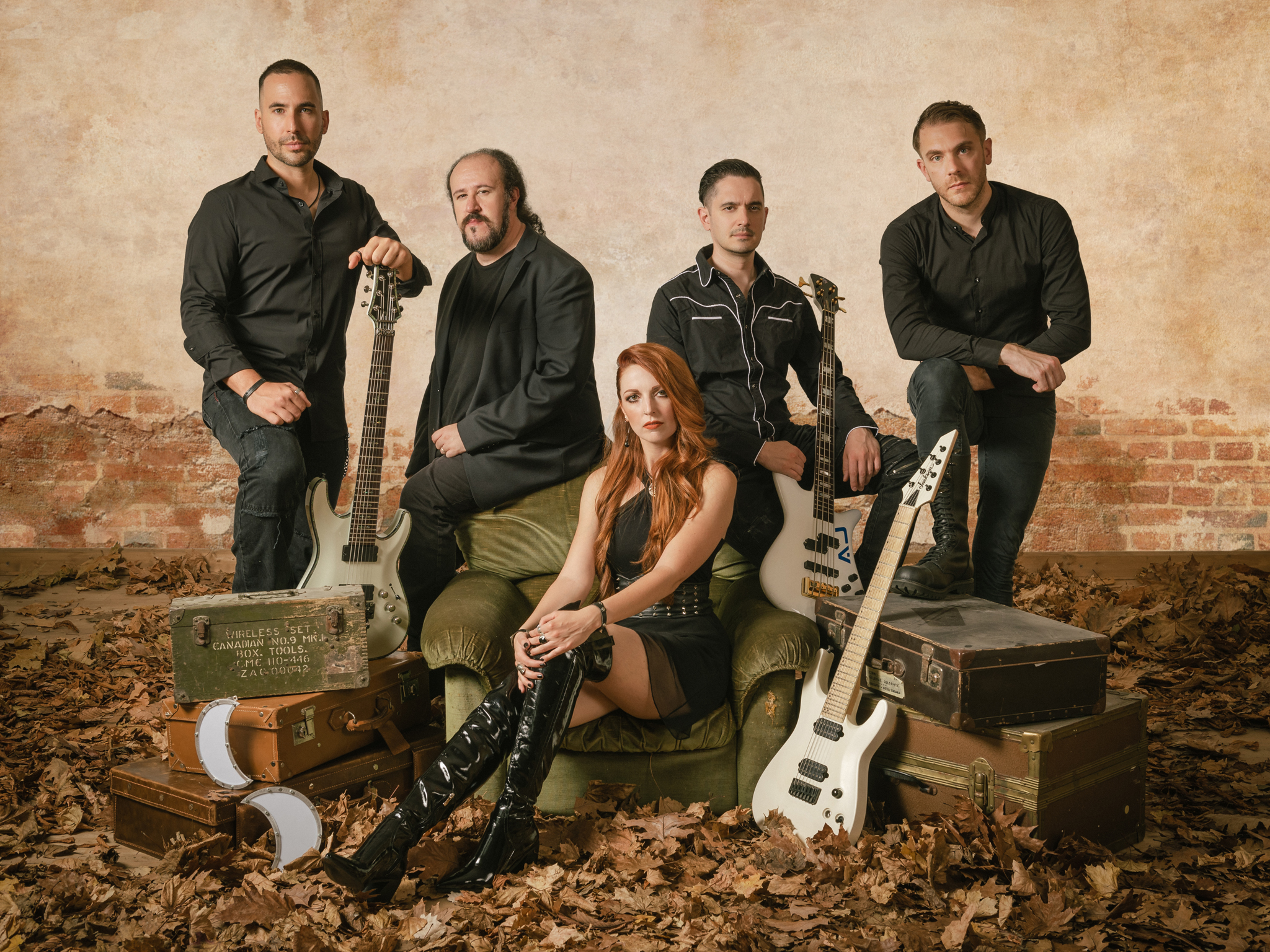 “Midnight Haze”, as many other tracks do, predictably starts with muted piano before crashing into full band and orchestration. This is about the creative process, about the muse visiting in the wee hours (“I’ll just write melodies in the dark to rule the inner chaos”… “Memories of long ago / Come to me, I feel like I’ve got to write them down”), but is it really necessary to have a song about writing songs, especially one that’s done in such a literal way? There’s a bit of metaphor, about “feast(ing) with some unusual creatures”, that is, presumably, ideas, inspirations, that kind of thing, but it’s not nearly enough to overcome lines like “And the void that was growing inside is now fulfilled with new tunes” and “I have found the right way just to wake myself from my insomnia”.

“Tonight” is a typical breakup song, no more, no less. It has a fine shift in plot, from the reminiscing early on (“The story’s over” and “Bid you goodbye with no remorse but many regrets”) to getting one last shot at it in the bridge (“It’s the curtain call, the last dance / How I wish this night was endless / The dawn is near, you have to go”) and at the end (“It’s just you and me, one last time”), but there’s no real emotion or passion here. It’s catchy but oddly hollow.

“Never Say Never” speeds along with some fine drumming, but the verses are sing-song-y and almost childish in tone. Hampered yet again by cliches that are by turns encouraging (“Nobody knows what tomorrow will bring and so /Reach for your dreams, you have waited for too long”) and downright preachy (“No one can see what this crazy life will bring / But it’s no excuse to surrender and give in”), it’s just a series of platitudes to no real end. The modulation on the last chorus does feature some nice descant singing from Chiara, both on the high and low end, and intricately textured overdubbing.

“We’ll Be Free” is in a similar tempo to almost everything else, but it does speed up and then elongate in the prechoruses in order to propel more emphatically into the chorus. This obvious commentary on Covid lockdowns and restrictions (“Do you feel, just like me, like we are put on hold”) is way too optimistic (“No more boundaries, no fear, right back to normality”). All it really expresses is the desire to get back to all the things they want to do, like traveling; it pays no mind at all to the millions of souls we’ve lost in this pandemic. It’s selfish in a way – those were, and these still are, dark times, ones from which we will never really recover, and this song reduces the whole tragedy to a mere annoying inconvenience. 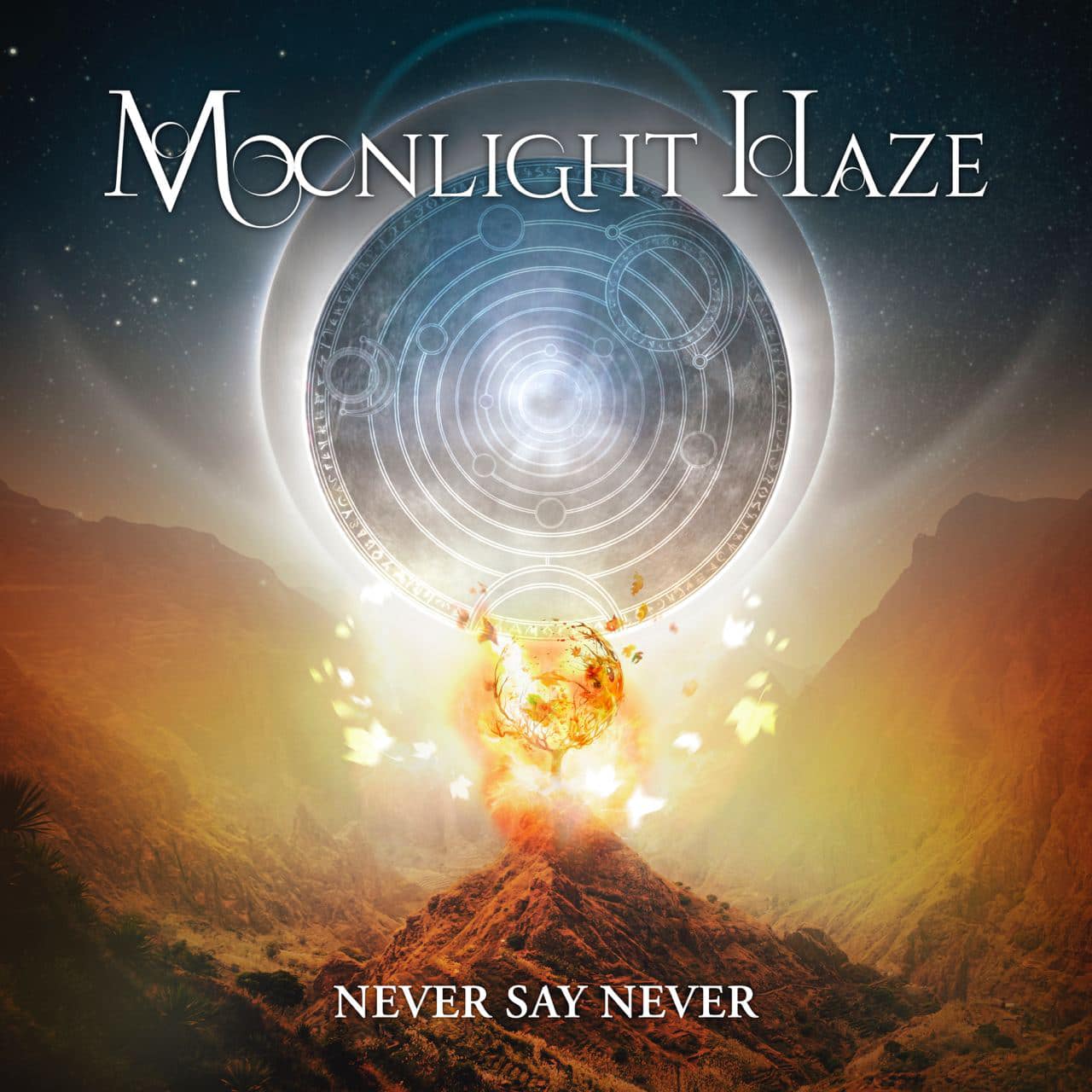 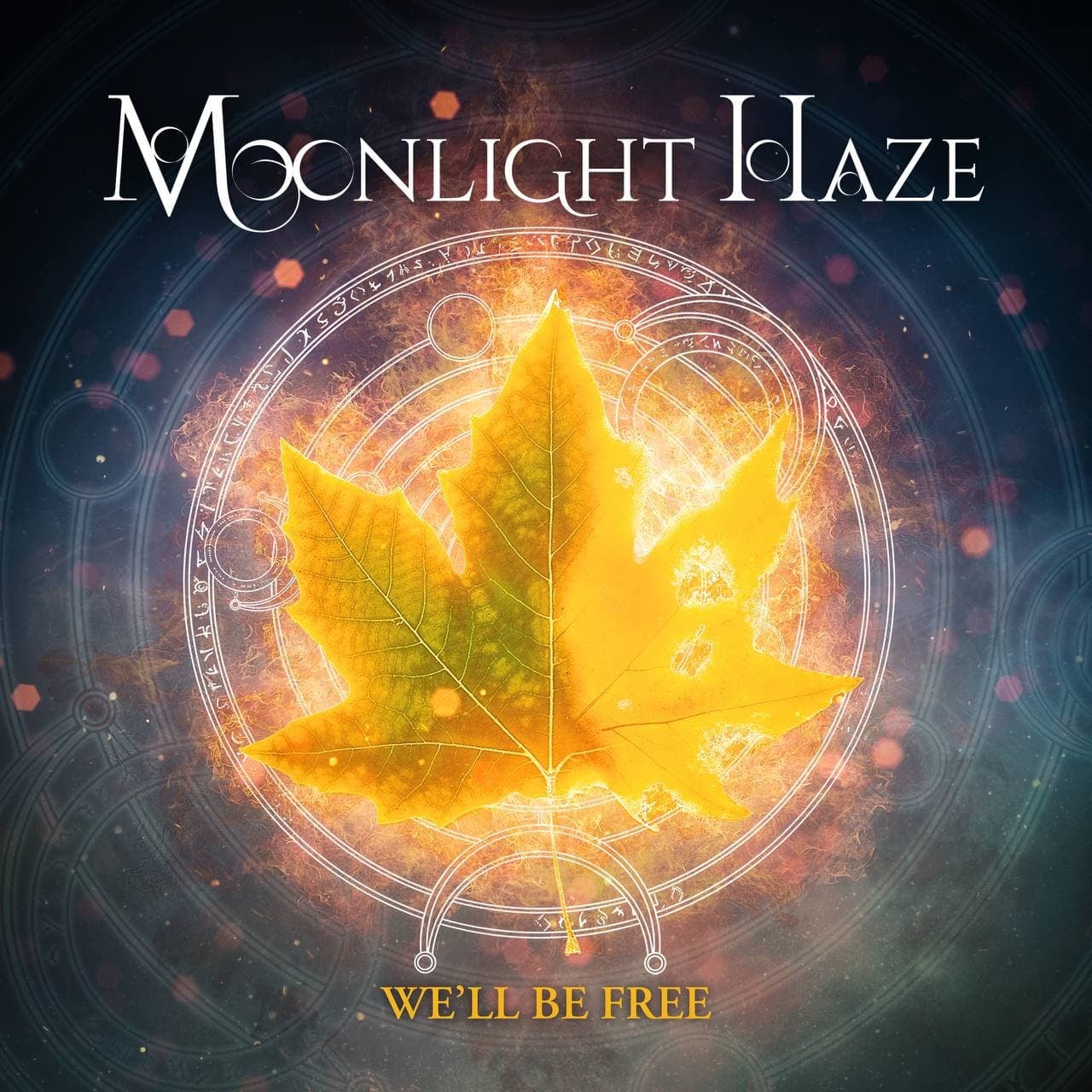 A headlong pace barrels “A Ritual Of Fire” along, Giulio’s double kick is precise and keeps things moving. It’s the idea of using fire to cleanse one of “your past torment” and “the bad fortune” and to mark the turning of the seasons. But the super-fast tempo doesn’t match the rather musing nature of the subject matter. We get a few vivid descriptions of the ritual in question – “The cauldron is boiling, the wine’s warm” – but it blasts by so fast, it feels like the participants just want to get it the hell over with. Here is another instance where Chiara struggles in the chorus, both to maintain the intensity of the higher register and to get all the words said.

Things get oddly off topic with “Ritual” and the closer “Horror & Thunder”, veering toward the supernatural when we hadn’t touched on it before. Perhaps the oddest song in the bunch, “Horror”, blends an obviously personal experience with an intense hailstorm into an imagination-gone-wild fantasy about being stalked by a killer. It’s borderline ridiculous – it’s neither serious enough to scare or funny enough to make you laugh. Chiara’s asides in the chorus (“We’re in a splatter movie, you know how these stories always end” and “If someone kills us, they’ll never find our corpses” and the truly weird “I’d better grab a knife and snuggle in a corner for a while”) aren’t nearly loud enough, and there’s a really off-kilter moment thrown in when a male vocalist chimes in “Boredom’s starting to take hold, I’ve got an idea for a prank / I’m waiting for you behind a door, ready to pop out”. This attempt at humor falls way flat.

“Animus” suffers from a lack of sophistication and originality. MOONLIGHT HAZE has the raw material and the ability to reach beyond the trite and well-trodden, but they don’t do it here.