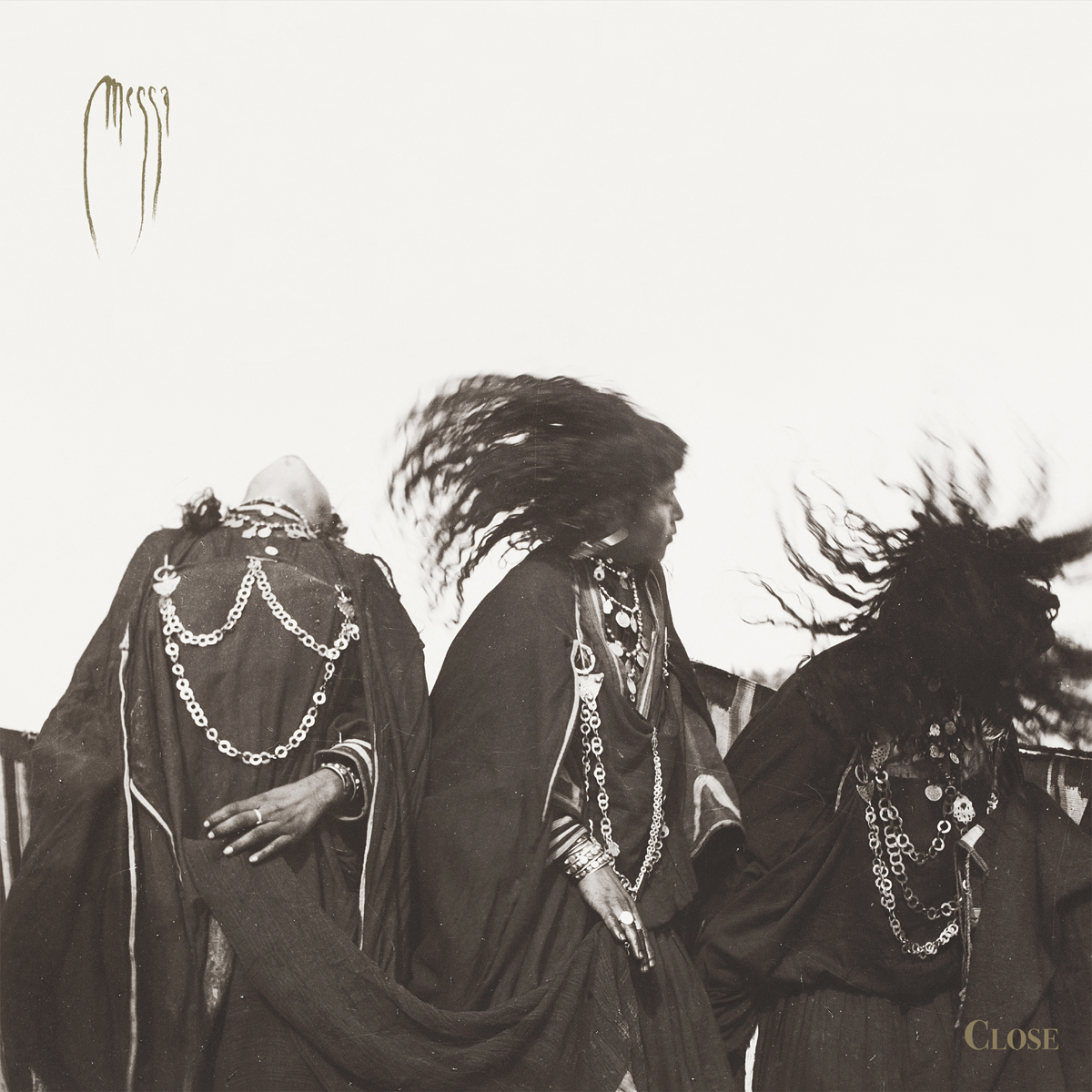 It’s something that doesn’t happen very often. You get asked to review an album by a band you are unfamiliar with, and the record turns out to be a totally enchanting experience which leaves you pressing play as soon as it finishes and then hunting down their other releases. It happened once in 2021 and here we are, days into the third month of 2022 and it’s occurred again.

MESSA formed in 2014 and the Italian outfit, who comprise Sara Bianchin on vocals, drummer Rocco ‘Mistyr’ Toaldo, lead guitarist Alberto Piccolo and bassist/guitarist Marco ‘Mark Sade’ Zanin, have already released two full-length releases in 2016’s “Belfry” and “Feast For Water” two years later. MESSA have an eclectic style, leaning towards the dark doom rock, but all encompassing, drawing the listener in deep, the misty, musical tentacles emerging eerily out of the mist, enveloping and absorbing.

“Close” is an astonishingly good record. The musicianship is phenomenal, with a bluesy lead guitar work contrasting with the doom rock generated by the engine room, all of which allows Bianchin’s haunting melodies to captivate and enchant. At 64 minutes it’s an album that requires investment, but it’s an album that simply pours its way into your soul and weaves its sonic patterns in such a way that the time dissipates like morning mist.

Most of the songs are long, varying between seven and ten minutes in length, allowing the band the opening to expand and explore. It’s an opportunity they grasp magnificently. The random jazz-fused lead guitar break that emerges from the gloom towards the end of opening track “Suspended” is just one example of the extraordinary way the band break the shackles of convention.

As you journey through “Close”, you’ll find a kaleidoscope of tempos, emotions and styles. There are also a couple of intensely short tracks which are sure to jolt you back from the dreamy half-light that MESSA encourage you to inhabit. The first of these is the Mediterranean “Hollow”, played on bouzouki or similar instrument. The second the almost grindcore blast of “Leffotrak”, a brutal 45 second thrust which explodes from the speakers, a cacophony of rage which is over before it begins, leaving you wondering if this happened.

Highlights are many. The Sabbath riffs dominate without suffocating, the vocals always soaring cleanly above. One of the most impressive songs is “Pilgrim”. Full of Middle Eastern and Mediterranean vibes, the track sources a dance called ‘Nakh’, which is a ritual dance performed by women along the Algerian/Tunisian border. It features the swaying of the dancer’s head and thrashing of the hair and as the band themselves identified: “we immediately thought about the similarities that this dance has with headbanging”. There’s certainly opportunity to flex those neck muscles with the thick down tuned riffs that are an integral part not only of “Pilgrim” but the whole album. Then there’s the towering “0-2”, the central pillar at 10:30 in length. It’s a majestic, sprawling piece that sees an expansive song full of lush Eastern sounds morph into a progressively doom-laden and psychedelic epic with some crazed saxophone duelling with Piccolo’s lead guitar. Bianchin’s vocals are particularly impressive, a combination of Blues Pills’ Elin Larson, Avatarium‘s Jennie-Ann Smith and a bit of Fleetwood Mac‘s Steve Nicks.

With such an array of soundscapes to indulge in, “Close” is an album of multiple layers. Subtle influences are woven into a rich tapestry of music that provide a score which allows Bianchin’s soaring vocals to take centre stage without at any time dominating to the detriment of her fellow band members. Intoxicating, heady and mesmerising, “Close” is yet another album worth your time in a year that is already rich in quality.