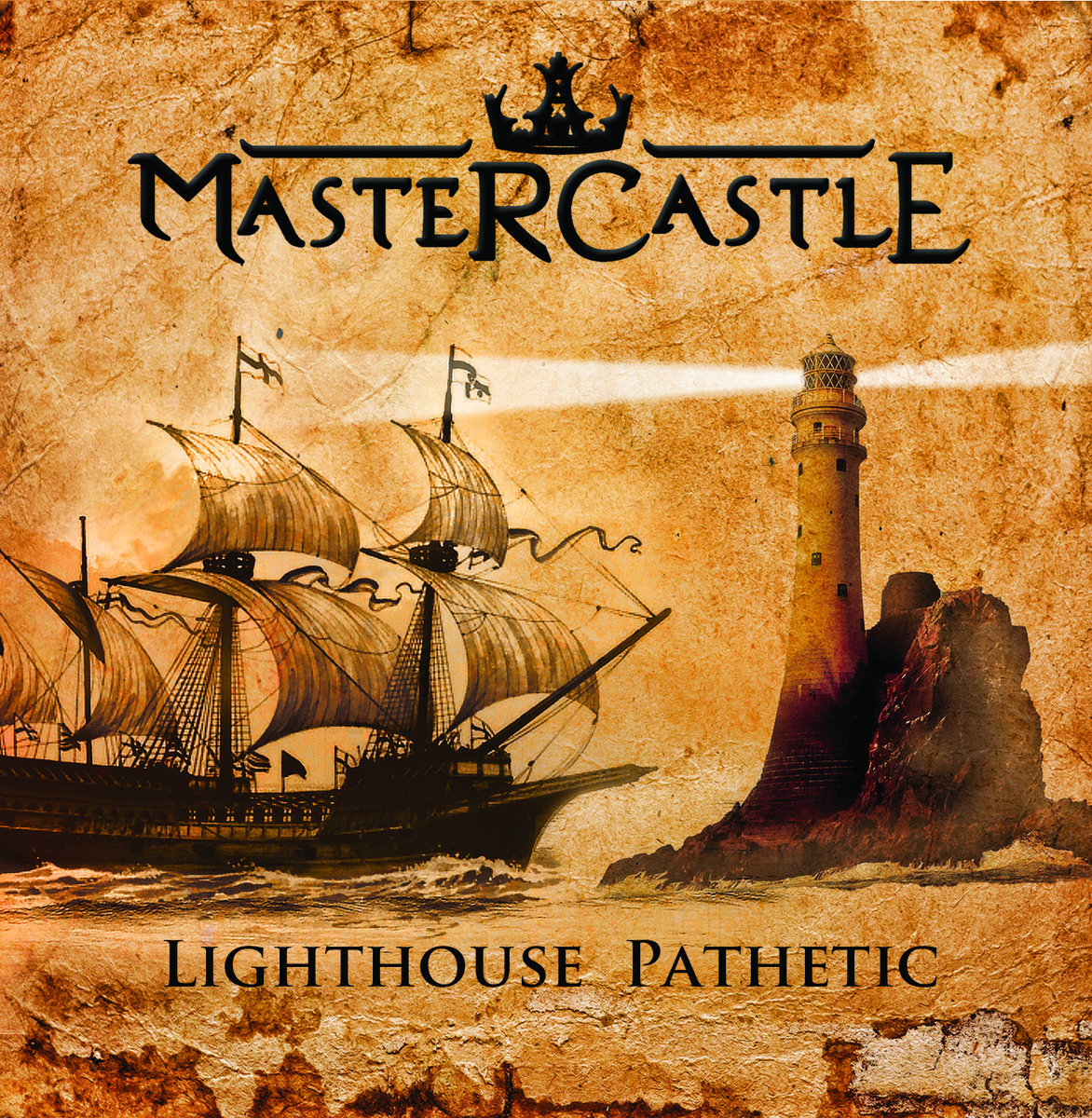 Hailing from Genoa, Italy, MASTERCASTLE formed in 2008, the musical union of guitarist Pier Gonella (also member of bands Necrodeath, Vanexa, Athlantis) and vocalist Giorgia Gueglio. The band’s line-up is completed by bassist Steve Vawamas and drummer Alessio Spallarossa. Having released six albums so far in their career, the band recently signed a new deal with Diamonds Prod. who are behinds the band’s latest release, “Lighthouse Pathetic”. MASTERCASTLE play a broad range of heavy metal, ranging from sweeping symphonic pieces to a robust version of Accept’s anthem, “Fast As A Shark”, which rounds off this release.

This is an album which doesn’t stick rigidly to any particular format, relying instead on the strength of the song writing and the performances of each band member. It’s slick, well produced and competently played. Gonella is an excellent guitarist whilst Gueglio has an impressive delivery. Opener “Who Cares For The Moon” is strong and vibrant, a bouncing hard rocker which is slightly marred by an unnecessary fade out. The tempo changes on the title track, which has a slower, brooding feel, the slower pace supporting Gueglio’s smouldering vocals and allowing for expression in the music.

The enjoyable thing about this record is that MASTERCASTLE have a confidence to play whatever they like. The layered keyboards that add depth to the instrumental workout “Rosso Profondo” provide opportunity for Gonella to really flex his skills, and he does, racing up and down the fretboard whilst the band hold down the rhythm alongside further keyboard flourishes. “Call Your Wings” changes the approach completely, a bouncy, racy and rather joyous workout which thumps along, demanding you tap your foot as you listen along. It’s good stuff, switching to symphonic elements and pushing Gueglio’s voice hard.

Elsewhere the music is classy, well crafted even if at times it’s a little generic. The pop feel of “Diamonds” gives a slightly Eurovision edge, with a catchy hook and chorus. The inevitable slower track is deliciously delivered in the shape of “Fantastic Planet”, which moves from a ballad style intro into a progressive rock work out before returning to earth with more measured playing. It’s a stunning track and possibly the best on the entire album. And to end the album, MASTERCASTLE go full metal with a blistering cover of “Fast As A Shark”, which ends this very enjoyable album in bombastic style.