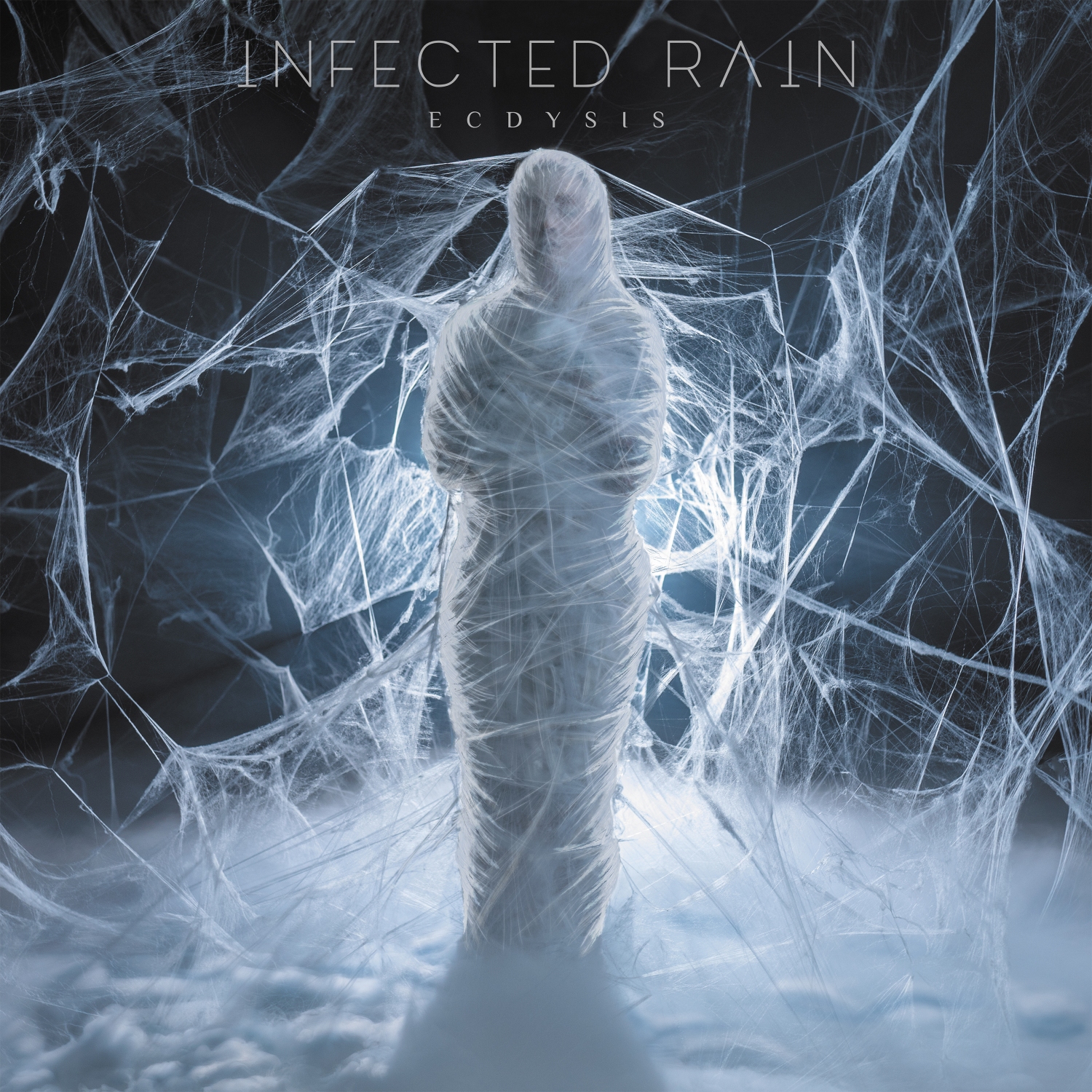 It may be their fifth album, but “Ecdysis” was my first encounter with the band from Chișinău, Moldova, who formed in 2008. Ask me to put a label on their sound and it’s a real challenge. At times they crush like prototype Slipknot, at others they drift into gentler places and then throw in some funk-driven electronica. In short, it’s almost impossible, but maybe the term that is often used, progressive metal, is about right, for INFECTED RAIN throw forth a slew of different influences in one unholy mash up. 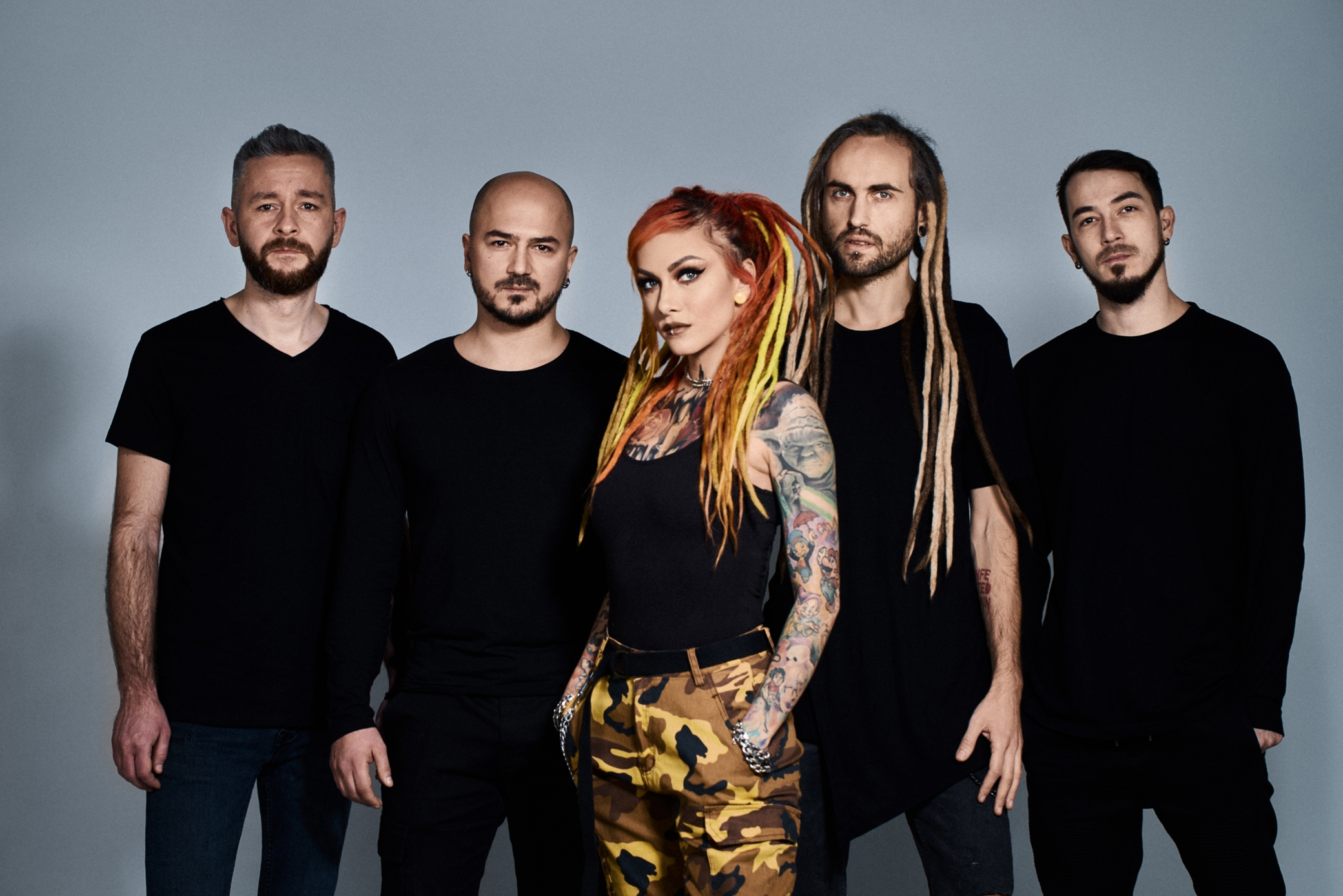 Bookended by “Postmortem Pt. 1” and “Postmortem Pt. 2”, this is one ferocious and bruising release. The band have the visceral vocal delivery of Lena Scissorhands, whose ability to switch between demonic howls and sugar sweet soaring cleans is a key weapon in their arsenal. “Postmortem Pt. 1” brings the listener raging into the New Year, with a pounding engine room that provide pulsing bass and huge drum sound which anchors the whole album. It’s a sound that many bands favour these days, and INFECTED RAIN utilise it to great effect.

Their sound is enhanced by a crisp, clean production which allows the blend of instrumentation to coexist without having to fight for attention. “Fighter” sees delicate keyboards sit comfortably alongside crushing riffs and Lena’s aggressive, throat-burning screams, “Longing” brings a dysfunctional time signature with jagged rhythmic patterns and unconventional tempos. It’s deliberately confrontational, explosive, and designed to keep you on edge.

There’s also a range of what the band have deemed cosmic electronics, which at times would sit quite neatly on the space rock sound of Hawkwind, albeit the rest of the band’s sound is far removed from the legendary UK outfit. It’s sprinkled throughout the album, popping up at the most unusual opportunities. INFECTED RAIN provide hurricane driven music that is totally blind to boundaries. The intensity in which the band set about “The 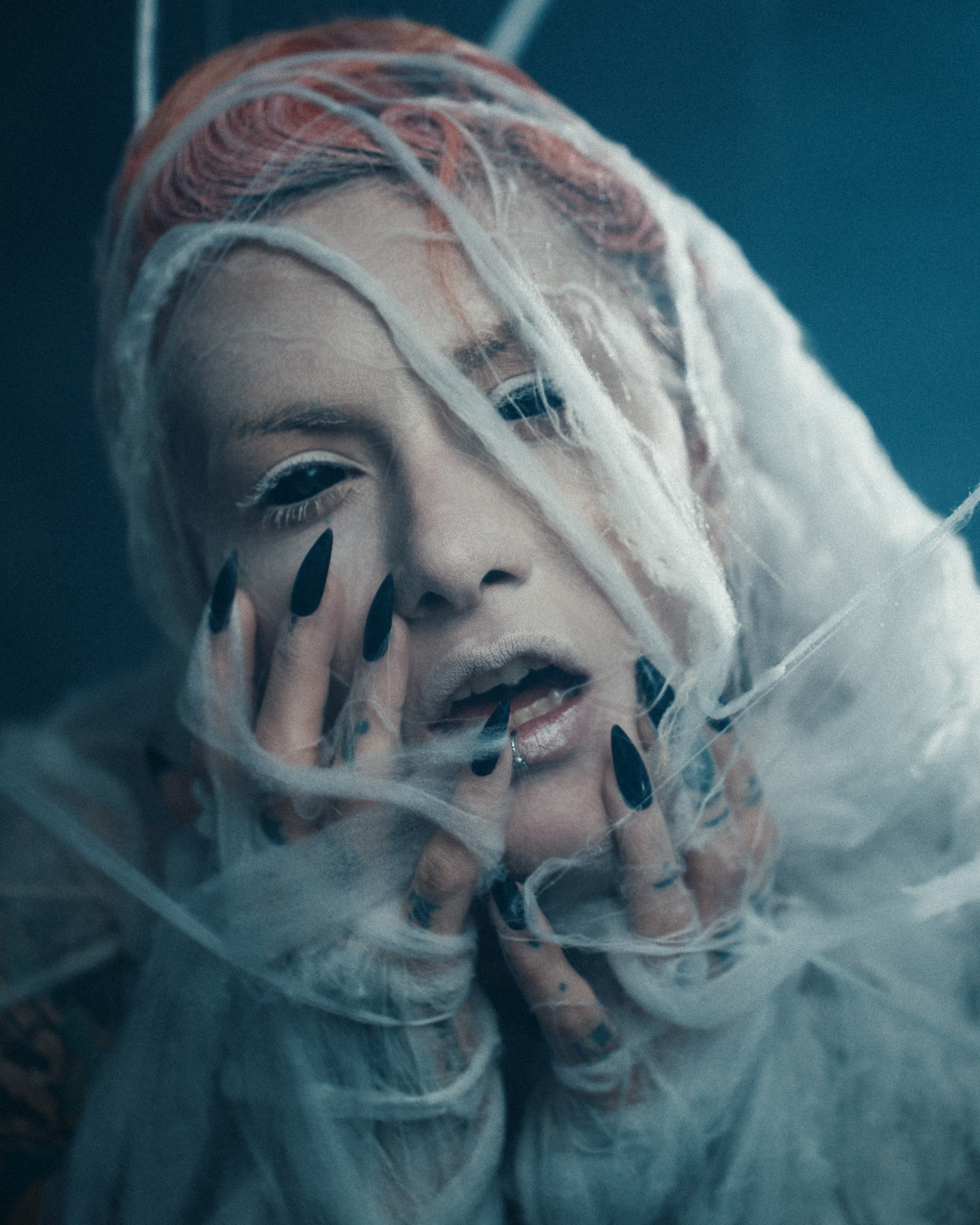 Realm Of Chaos” with guest snarls from Butcher Babies‘ Heidi Shepherd is a force of nature. They are genuinely unafraid of doing the unusual. If one song sums this attitude, then it’s the rap blasting pummelling of “Everlasting Lethargy” which swings from hardcore punches to semi-pop before a savage conclusion.

The rest of the album continues in similar nonconformist style. The sound throughout is big, bold and accentuates the band’s emphasis on that driving rhythm. The clever use of electronics gives it a different and unusual feel and Lena’s powerful and varied vocals are one of the standout features. INFECTED RAIN bring a fresh and vibrant set of songs that tick many boxes.

“Ecdysis” is one of the most eclectic releases I’ve heard for many a day. It may not be my favoured style, especially the metalcore elements that litter the release. And yet, the energy, enthusiasm and juxtaposition of emotion and brutality that are concealed within this bruising record leave you full of admiration, regardless of the actual music. Even if you only give this one play, INFECTED RAIN’S latest album deserves your attention.