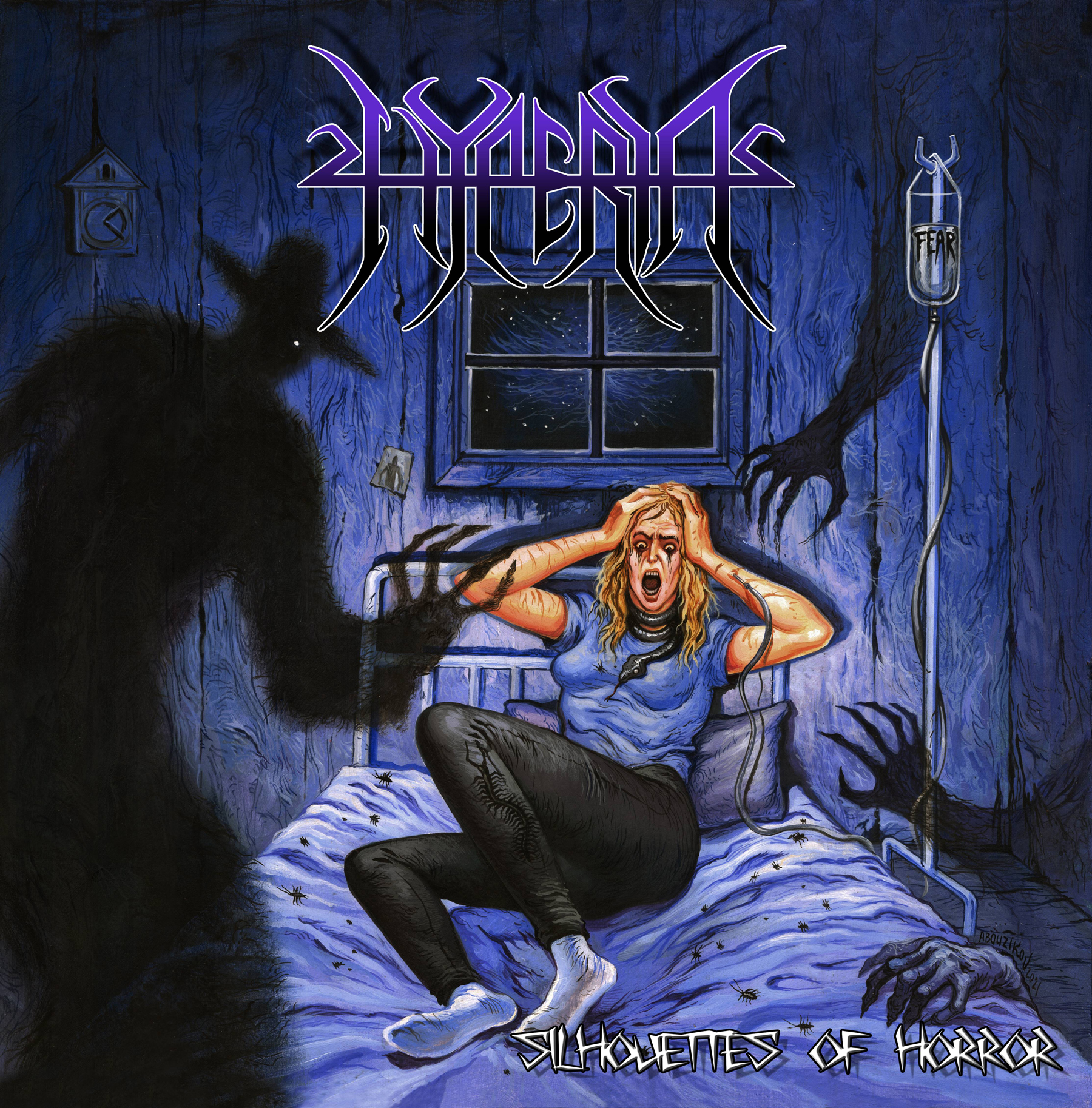 Album number two for Canadian thrash outfit HYPERIA and from the opening track “Hypnagogia” it’s evident that the band mean business. Having released their debut full-length “Insanatorium” in 2020, the band who are now based in Vancouver have used the pandemic down time productively.

“Hypnagogia” is the transitional state of consciousness between wakefulness and sleep, but there is nothing peaceful about the track, as it blasts into orbit with a pounding beat, massive riffing guitars and vocalist Marlee Ryley’s savage vocal delivery. Half banshee, half screaming operatic witch, this is one powerfully equipped singer who matches the intensity of the band around her note for note. If there’s one thing that isn’t quite up to scratch, it’s the production. The mix isn’t quite right, the drumming slightly off centre with the howling guitar work of Colin Ryley cast adrift.

It does level out by the time we hit “Intoxication Therapy”, a blistering if somewhat unrefined rager that flies along with a ferocity that burns. The thrash is strong, the pace relentless and the bruising power of Marlee’s demonic roars a reminder of the quality that Angela Gossow once brought to Arch Enemy, albeit the German delivered in a slightly lower key. I’m not a huge fan of Ryley’s change in styles as she straddles too many and consequently masters none, but she has a brutality that works with the band’s frenetic and hyperactive delivery. 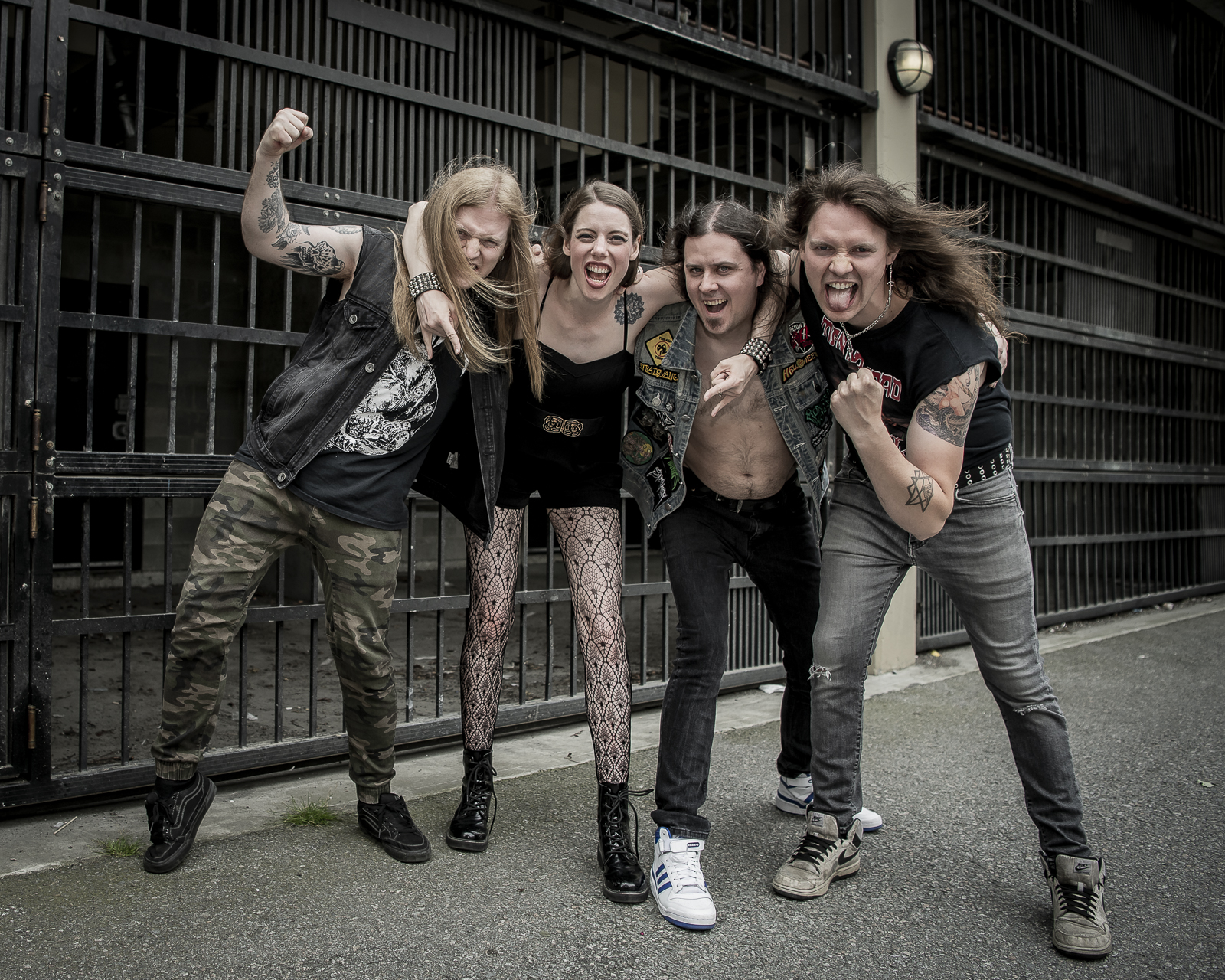 Drummer Gord Alexander puts in a solid shift, his pounding delivery one of the highlights. Alongside Ryley’s excellent guitar playing is the anchored engine room of rhythm guitarist David Kupisz and bassist Scott Degruyter, both locked in tight with Alexander.

“Severed” has a rather hideous connection, whilst the blistering opening to “Prisoner Of The Mind” blows any residual cobwebs. These guys can play, even if their delivery is rudimentary at times. “Prisoner Of The Mind” is a ragged yet enjoyable track whilst there is a real rough feel to “Terror Serum” with Ryley’s vocals at their most aggressive, her deafening voice switching between high pitched and death metal power. Behind her the band are locked in tight, and this is one of the better tracks on the album, despite the slight deviation from thrash to a groove-based feel.

Despite my minor criticisms, this is an album of extreme power and passion. There is a fluidity to the band that is often absent, with the unforgiving aural assault making the ears bleed. Be warned! This is seriously furious thrash metal with an unusual vocal twist. “Whitecoat” sees Ryley working hard to enunciate and spit out her lines, whilst the gang vocals enhance the song. Fast, frantic, and slightly out of control, it’s a track that Arch Enemy of today appear incapable of delivering.

Moving to the title track brings little relief, thanks to the pulsing pace which erupts. Gravel coated vocals and additional ride cymbal enhance the opening before it moves into a thunderous unstoppable battery of feverish riffing. Another track that one feels could quite easily veer of the rails, it’s a song which just about hangs on. Penultimate song “Pleonexia” pummels listeners to submission over the length of its seven minutes. HYPERIA aren’t done then though, for we are treated (if treated is the correct word) to an interesting cover of ABBA’s “Gimme Gimme Gimme” to round things off.

HYPERIA have grit, they have fire and they have passion that you cannot buy. Their music is ferocious, at times wild to the point of anarchic but “Silhouettes Of Horror” is an album well worth checking out, especially if you like your female vocals with guts and your thrash with a dirty death metal undercurrent.