FALL OF STASIS – THE CHRONOPHAGIST 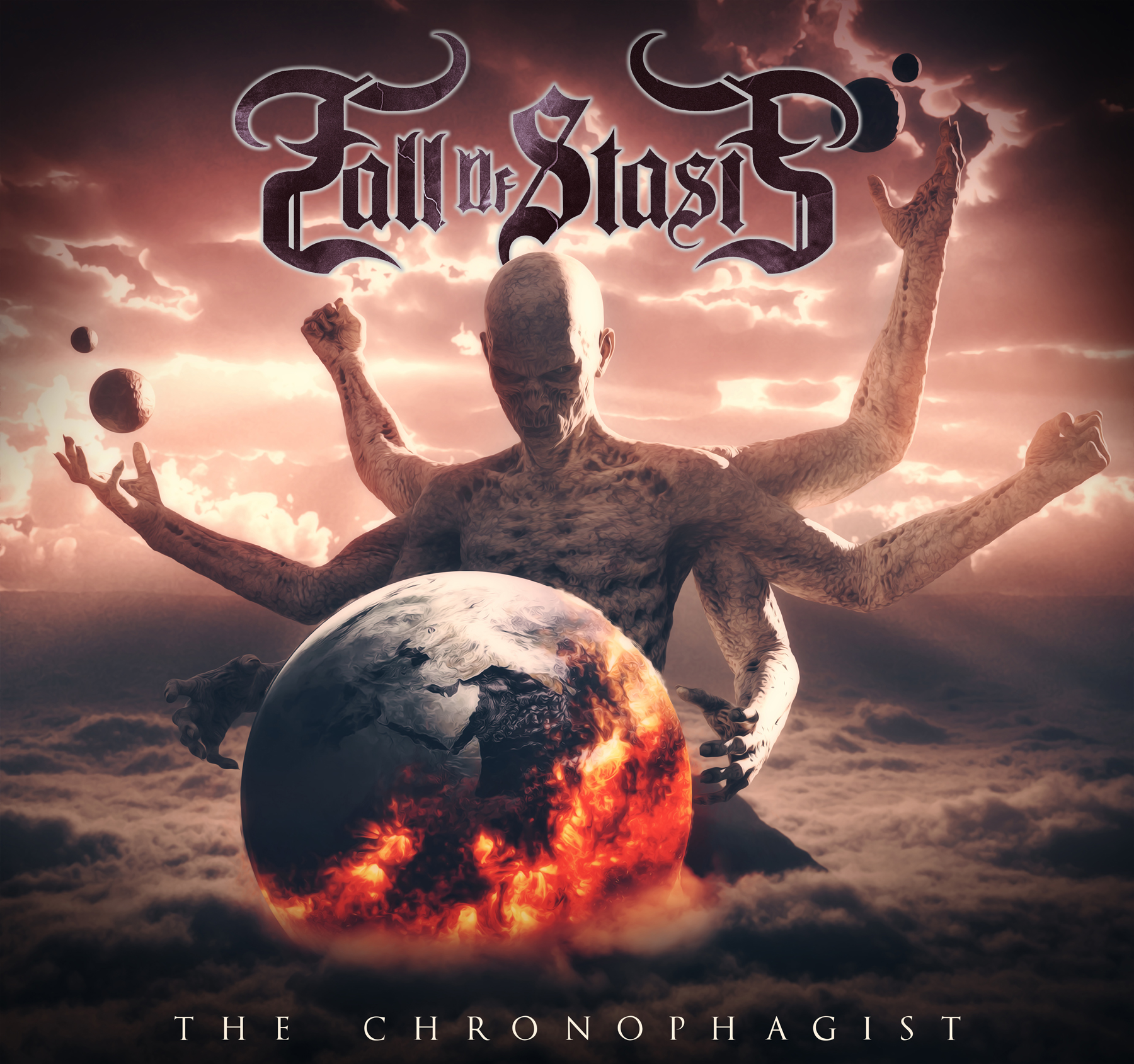 Originally formed in 2014, Canada’s FALL OF STASIS’ inception was a unique and quirky one. Rooting their sound in as individualistic a style as possible, they didn’t conform to the usual preconception of a band being pinned to a genre, with originality and musical expression being the drive behind their creations. In 2017, however, FALL OF STASIS opted to channel their kooky ideas and took a somewhat toned-down approach to their sound, which led to the sextet releasing their demo, still retaining progressive elements and freely expressing their own individualism, but with more cohesion. Their unconventional take on crafting music has led to an especial affinity with the eclectic, and a thirst for crafting something original, with 2022 cementing their idiosyncrasy in their debut full-length “The Chronophagist”. 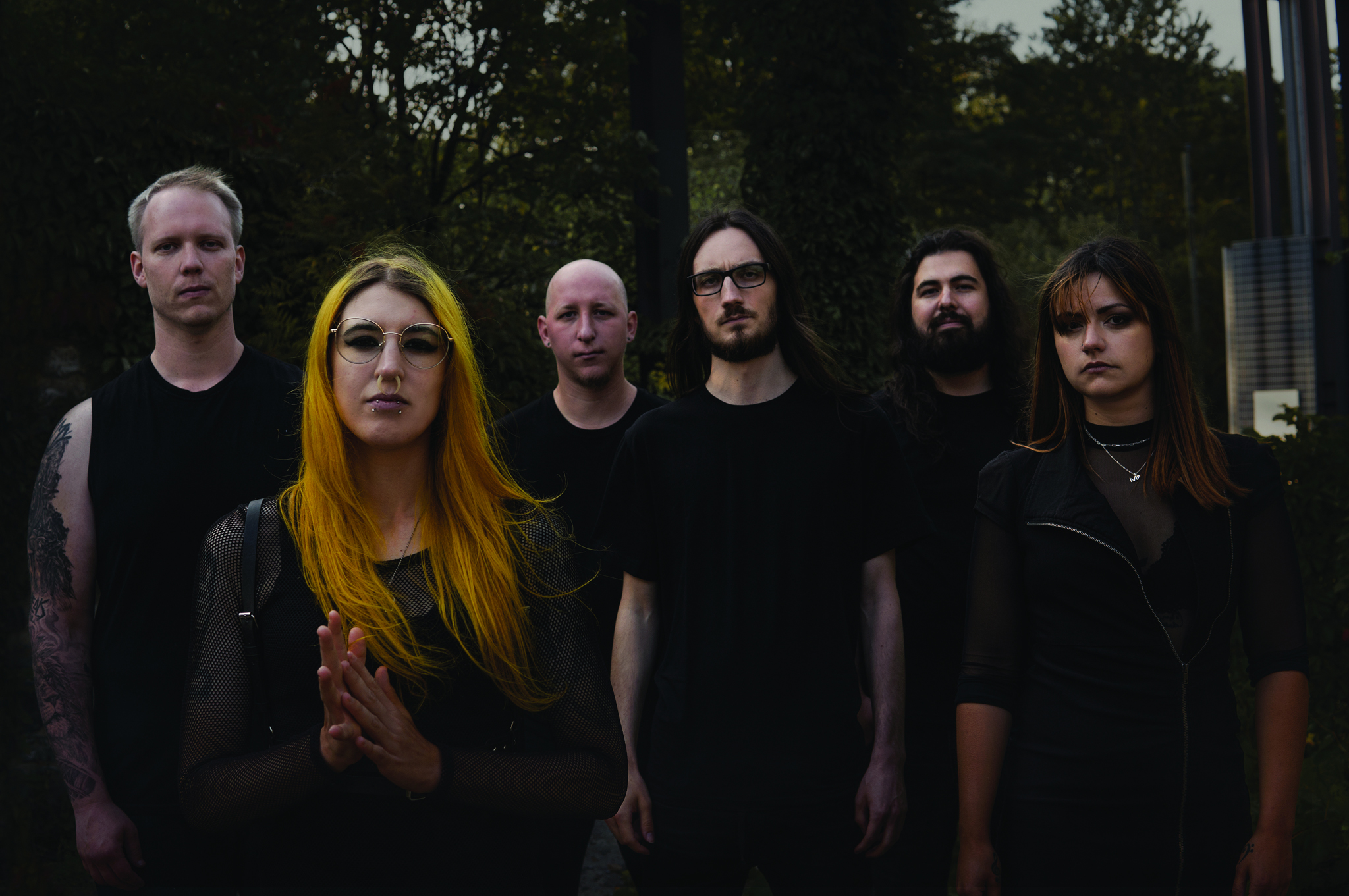 The backstory of the band certainly alludes to them being ‘oddballs’ – unapologetically, and endearingly, so – something that really shines through in this record. The intro “Wilted Forests” starts with dazzling intensity in a psychologically unnerving, theatrically laced, fairground feel, with an ironically convivial sense about it. Maniacal laughing woven amongst flashes of light and airy riffs, chirrupy accordion notes and an altogether bombastic crescendo of sound perfectly introduce FALL OF STASIS‘ distinctively different display. This playfulness continues in the eponymous track – which focuses on an apocalyptic flood that transcends space and time – opening with frantic keys and a sinister, minor riff that overbears, as if a storm is brewing, with a manic tempo to accompany a cleverly thought switch between shrill pitched female growls and hoarse male vocals. The bombardment of frenzied instrumentals, especially the gargantuan guitar solos later in the track, create a dramatic moreish swarm of sound, having you wondering what the next sonic gift will be from FALL OF STASIS, lusting after the next ingenuous composition.

“The Chronophagist” is certainly more than ‘just’ a record – it’s very clearly a piece of FALL OF STASIS‘ soul, with each cut revealing a little more of their identity, piece by piece. “Drunken Howl” takes an Alestorm inspired twist, with a spirited sea shanty style accordion riff to open a lively piece about a murderous captain and grim pirate torture methods. Again, there’s irony to a jolly feeling composition with such a macabre thematic, and it bloody well works. The Pirate metal injection certainly provides another facet to a puckish mix of soundscapes, and you’re right to anticipate another fun twist in the record. “Baal Arise” brings some death metal riffs and blast beats to the table, with a delicious contrast of clean singing and growls, whilst “The Cult” pelts double-kicks, percussive heavy syncopation, rich bass lines and demoniacal vocals from Jessica – the variation and brutality of her vocals are as consistent as they are impressive throughout the record and utterly mesmerising.

The structure of “The Chronophagist” is very cleverly considered, with the circus flavour at the beginning pouring into “Twilight Carnival”, reintroducing earlier nuances from the album and telling a tale of a carnival of tortured souls. There are blasts, gutturals, riffs aplenty. Sincerely, it really is impossible to pin the genre of this band’s sound, flitting from the light-hearted pirate tones, folk flavour, to death metal and symphonic black metal. However, if one word could be used to describe FALL OF STASIS, it would be ‘unconventional‘. “Baron” encapsulates this entirely, swaying from the intense to the melodic, with a full-hearted keyboard line underpinning the track, minor shifts thrown in for good measure and Jessica’s brutal vocals merged with sporadic clean singing. It’s a recipe for something cacophonous, but such a discombobulated mishmash of sound brings nothing but pure joy. 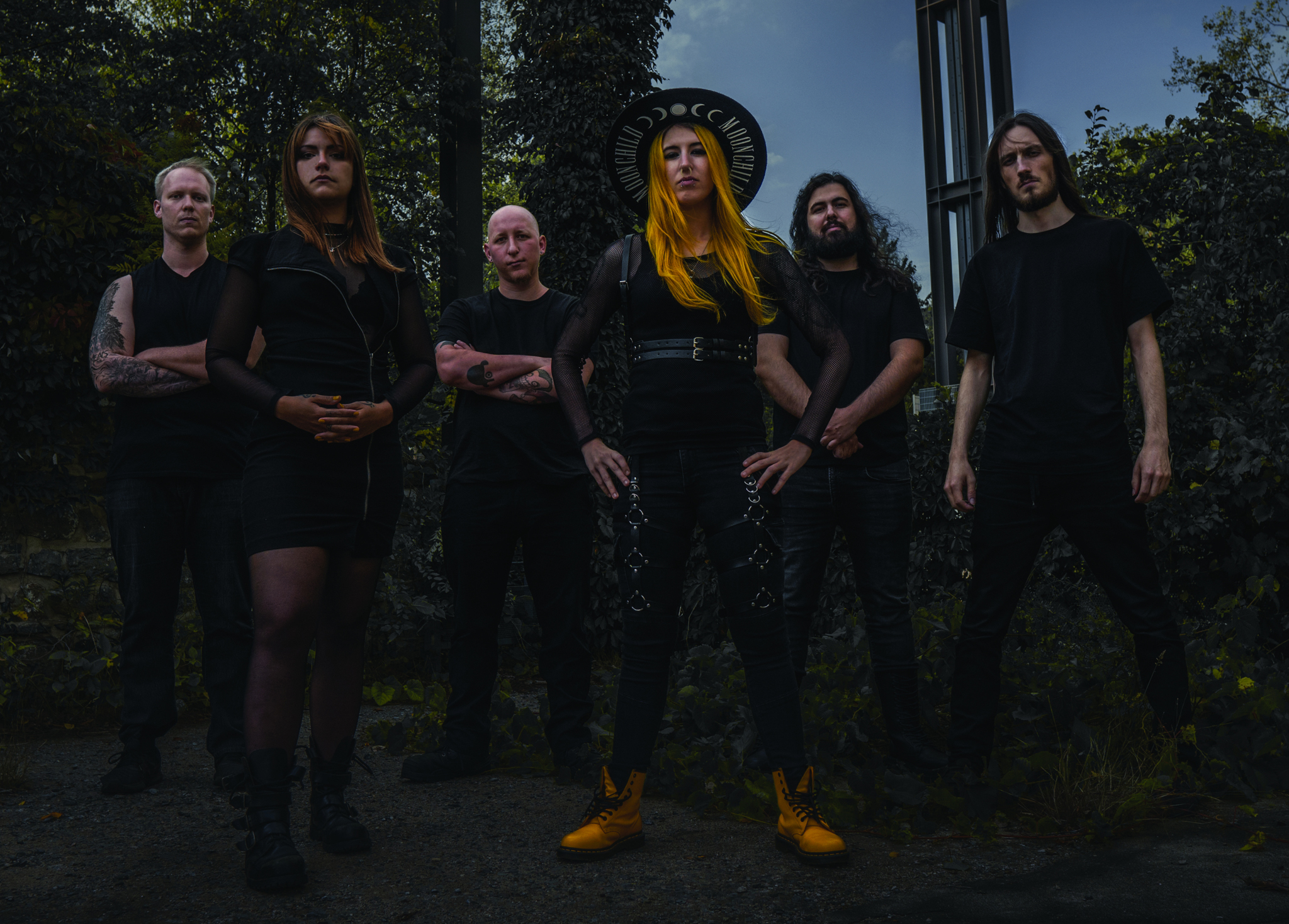 The last section of “The Chronophagist” retains the same uniqueness. “The Last Waltz” – thematically focusing on a sorceress who takes advantage of lustful wanderers – is the most melancholic ballad-tinged offering of the full-length, with a sumptuous acoustic intro that powers into full-bodied riffs. The sultry undertone works in perfect synchronicity with strapping guitar solos and a gentler drumbeat, yet Jessica doesn’t dilute her execution, retaining those weighty growls we’ve come to love. In fact, “Swarm Of Casualties” showcases her uncompromising vocal delivery perfectly, battalion strength bounding in a rousing track crammed with bombast and choral hooks to satiate you for days, in a cut that’s a wonderfully enigmatic hybrid of melodeath and punk. It’s been a journey-and-a-half with FALL OF STASIS and they really don’t compromise their wacky and wonderful take on metal in the title-track. Epic, dramatic and unyielding, “The Chronophagist” packs heavy riffage, grandiose soundscapes, temporal switches and vocally charged moments in a piece that describes a deity who has the power to steal time from mortal beings. With such a fascinating concept to grapple with, FALL OF STASIS were never going to bookend their debut on a dull note.

Drenched in a deluge of nuances, FALL OF STASIS are a truly genre-defying collective, ensuring the beating heart of this album is the band’s individualism and sincerity to their unique concepts and unflinching exploration of sound. “The Chronophagist” is enriched in an ingenious blend of diverse soundscapes, creating a captivating listen from beginning to end and a journey you wish could last a lifetime.