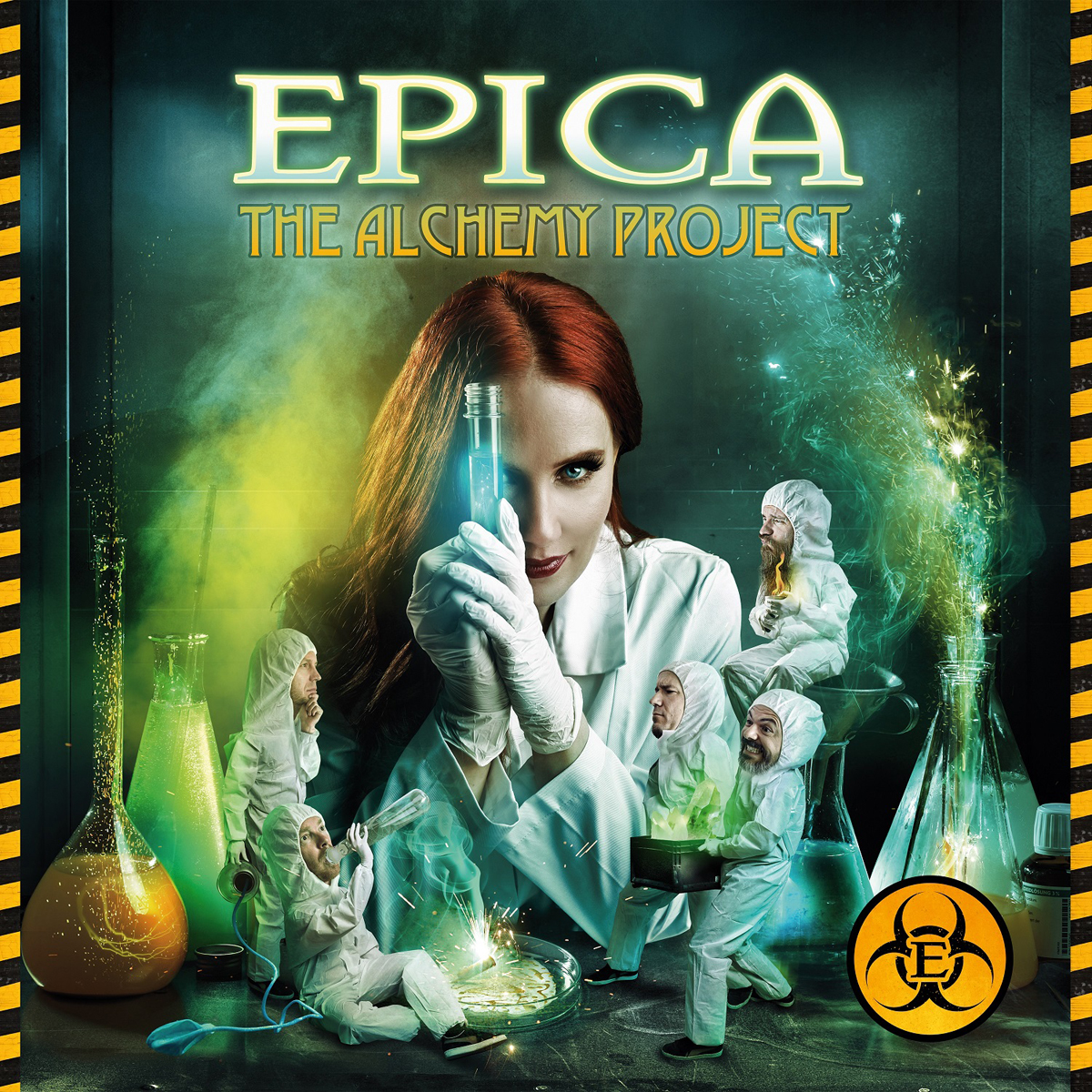 The almighty masters of symphonic metal EPICA grace us with their tenth EP “The Alchemy Project“. Releasing on Atomic Fire Records on November 11, EPICA decide not to travel the sonic airwaves alone, as on this release every track is accompanied by guest artists ranging from symphonic death metal royalty Fleshgod Apocalypse to members of other melodic metal acts such as Kamelot and the always interesting Powerwolf. Armed to the teeth with the aristocracy of the genre, and containing a proverbial buffet of metal styles to choose from, does “The Alchemy Project“ deliver on the hype?

The album begins with “The Great Tribulation“ featuring Fleshgod Apocalypse. Hailing from the extreme metal world, the clash of styles between EPICA and Fleshgod fit together like pieces of the same brutal puzzle. The dichotomy between the low gutturals of Fleshgod’s Francesco Paoli and the angelic, operatic highs of Simone Simmons provide the listener with a diverse feast of metal delights. Aside from the outstanding vocal performances, the typical melodic sensibilities of both groups are turned up to eleven, with shredding guitar solos, tasty keyboard passages and an omnipresent choir to kickstart our journey.

Following this, we are treated with “Wake The World“ featuring Phil Lanzon of Uriah Heep and Tommy Karevik of Kamelot. From the opening passage, 1970s progressive rock elements are on full display, transporting the audience back to a time where complexity and Hammond organ-driven melodies ruled. The beauty of the composition comes from the versatility it offers. The track jumps from those aforementioned progressive elements to symphonic, chorus-lead sections, all while maintaining that EPICA DNA and a dash of brutality to fulfill fans of the smorgasbord of heavy music.

“The Final Lullaby“ featuring Shining, a legendary Norwegian avant-garde rock and metal group, gives us a much more hard rock oriented track that keeps the album moving at a break-neck pace. Pairing with the hard rock, bluesy licks, we are treated to a saxophone solo that comes out of the nowhere. As surprising as this track is, it gives us a diverse look into what metal is meant to be, a melting pot of influences that sometimes work and other times do not. In the case of “The Final Lullaby“, these influences mix together like gin and tonic; a perfect mix!

How does the album follow that? With standout track “Sirens – Of Blood And Water“, featuring the phenomenal gothic staple Charlotte Wessels and Myrkur, who I believe to be one of the most unique additions to modern metal. Fantastical and gothic lyrical themes are accompanied by stunning string compositions and an ever-present ethereal backbone. The “Sirens” of the song rear their head throughout the track, creating a chaotic and forceful score to a hypothetical fairy tale of mischief and lingering danger.

“Death Is Not The End“ featuring Frank Schiphorst of symphonic metal mainstays Mayan & Björn ‘Speed’ Strid of the legendary Soilwork takes us out of the world of lingering danger and right into the action of a war like rhythm section and anarchic melodies. The choir feels like it’s scoring the final chase scene of a hammer horror film, with suspense and intensity. Musically diverse and cinematic, the listener would have to be catatonic not to feel the energy and tenacity of all aspects of this track. 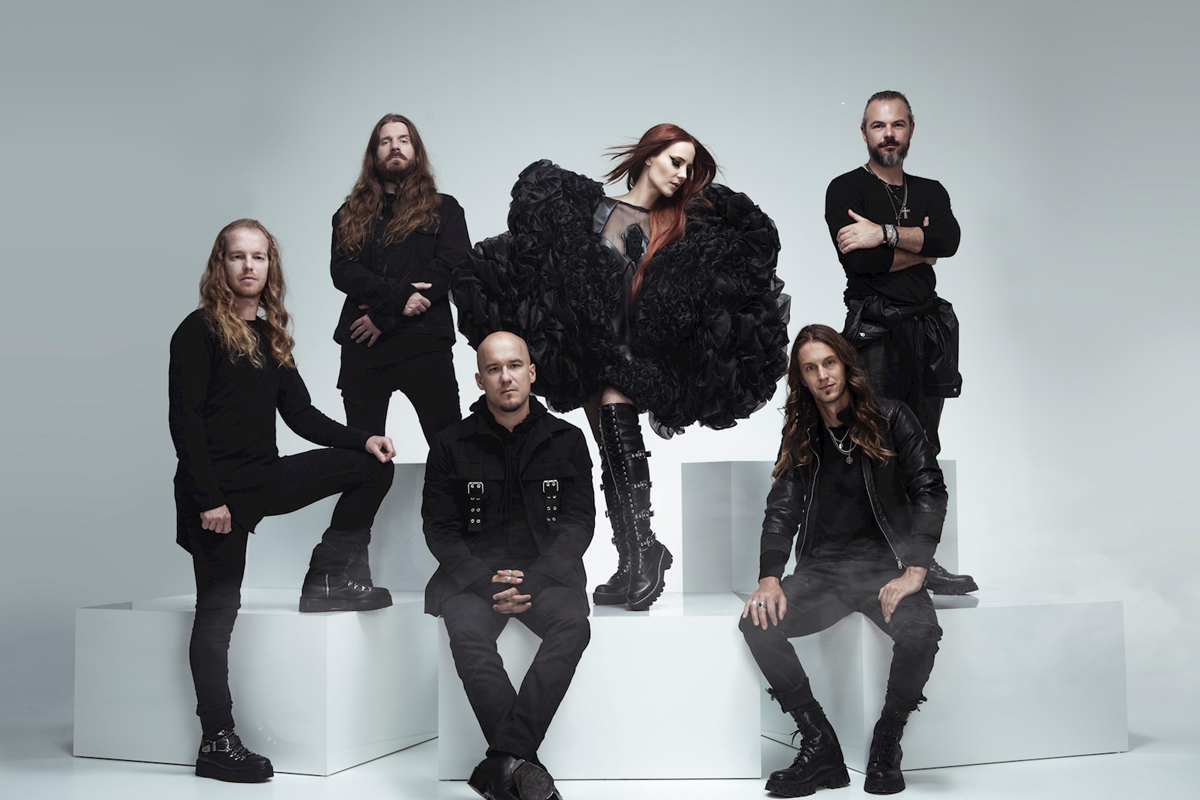 The album somehow continues to deliver with “Human Devastation“ featuring Henri Sattler of blackened death metal giants God Dethroned and Sven de Caluwé of the death metal behemoths Aborted. By far the most brutal and sonically brisk track offered on the album, it answers the questions “Do you think that symphonic metal bands listen to grindcore?”. This penultimate track is the most obvious outlier of the album, offering the listener no time to breathe as it screeches into our headphones.

The album finishes with “The Miner“ featuring Asim Searah of Finnish melodic death metal act Damnation Plan, Niilo Sevänen of the always phenomenal Insomnium & Roel Van Helden of fellow melodic/symphonic metal group Powerwolf. Before my initial listen of this track, I had to mentally prepare myself for what was about to pump out of my stereo. There are so many moving parts and influences on this track, and it absolutely delivers on all fronts! A proper closer to a metal album, this nearly seven-minute magnum opus is like an epic battle of a fantasy film, while somehow simultaneously holding the audience’s attention throughout its entirety. Ripping guitar work, heart-pounding rhythmic integrity and awe-inspiring vocal performances close out this damn near perfect album.

Sometimes, symphonic metal can fall into the young-adult romance novel cliches and the metal community typically offers little to no sympathy. EPICA somehow has defied the odds and not only shed the cliches but created a beautiful roller coaster of an album that demanded my attention throughout the runtime. If you have love for any genre of metal, you would be severely disadvantaging yourself to not give this a listen. It is a must-have for any fan of EPICA, heavy metal or music in general. Please pick up a copy and enjoy the ride. Cheers to EPICA!