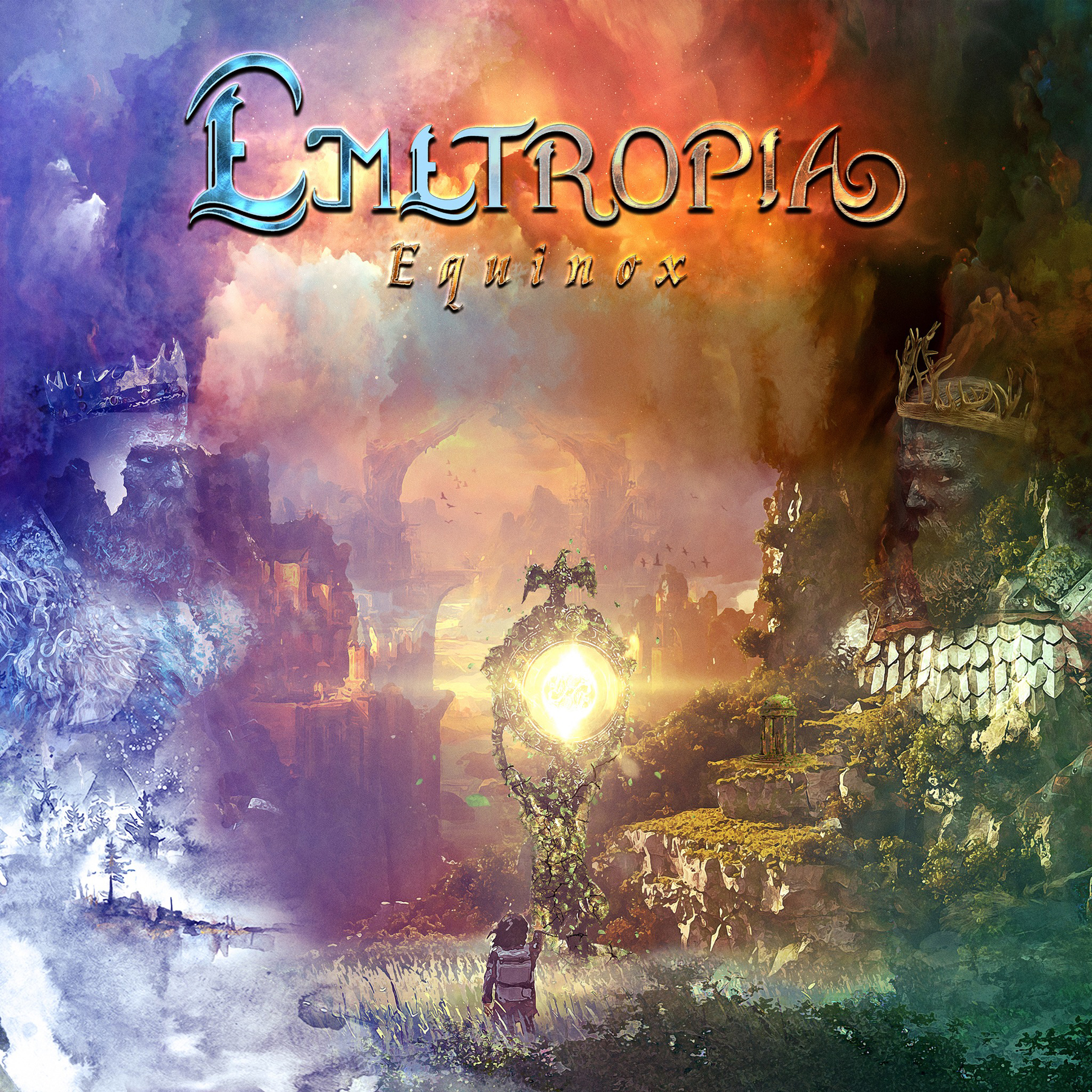 The wait is finally over for fans of the Swedish symphonic metal band EMETROPIA as they release their debut album “Equinox” on February 23rd. Formed in Linköping, Östergötland in 2017, enthusiasts of the energetic yet graceful sextet have waited four long years to their debut after their stunning 2018 EP “Procession Of The Kings” hit the shelves.

With impressive and genre-bending performances from the Swedish outfit, “Equinox“ offers something new to the avid symphonic metal fan. Opening with the first single “Seasonal Warfare“, intensity begins right away with a melodic and orchestral strike to the gut showcasing syncopated hits from the rhythm section over a staccato string section, letting the listener know that they are in for a fast-paced roller coaster of an album. The potency of Jonatan Jakobsson’s rhythm guitar work blends perfectly with the operatic stylings of vocalist Lisa Wallenberg.

The second track on the album “A Summer Breeze“ adds to the epic sensibility of the fantasy-laden album by jolting the listeners heart into the rhythm of the gallop that is omnipresent throughout the track. Antithetical to the title of the song, we are not transported to a cool, transparent Summer day but rather a roaring river splashing over the rocks of the valley. Unclean vocals provided by keyboardist and backing vocalist Liam Strand bring diversity and offer a crass counterpart to Wallenberg’s soothing melodic chorus.

The one-two punch of energy present in the single “That Fateful Night“ and “Lord Of The Blizzards“ give the audience exactly what they want out of their symphonic metal while the standout track “The First Leaf Falls“ offers a proletarian tale of a young man ultimately defeating a tyrant king. The nearly seven-minute instant classic takes the listener on a sonic and lyrical journey that conjures images of justice being served by the hands of the oppressed.

Tracks such as “The Old Gods“ offer a frightfully fun adventure with a beautiful flute-laden outro as we are taken into the final number of the album, appropriately titled “His Final Endeavor“. An eleven-minute epic whisking the ferocity of drummer Oscar Heikkinen‘s double kick and extreme metal elements of brutality with the ever-present beauty of Wallenberg’s melodicism showcased throughout the duration of the album. The lyrical themes of the cycle of royalty in a fantastical landscape is gorgeously married with the array of arpeggiated solos by lead guitarist Olle Renius, ending the album with a hopeful and tranquil mallet etude leaving the listener craving more.