DEFACING GOD – THE RESURRECTION OF LILITH 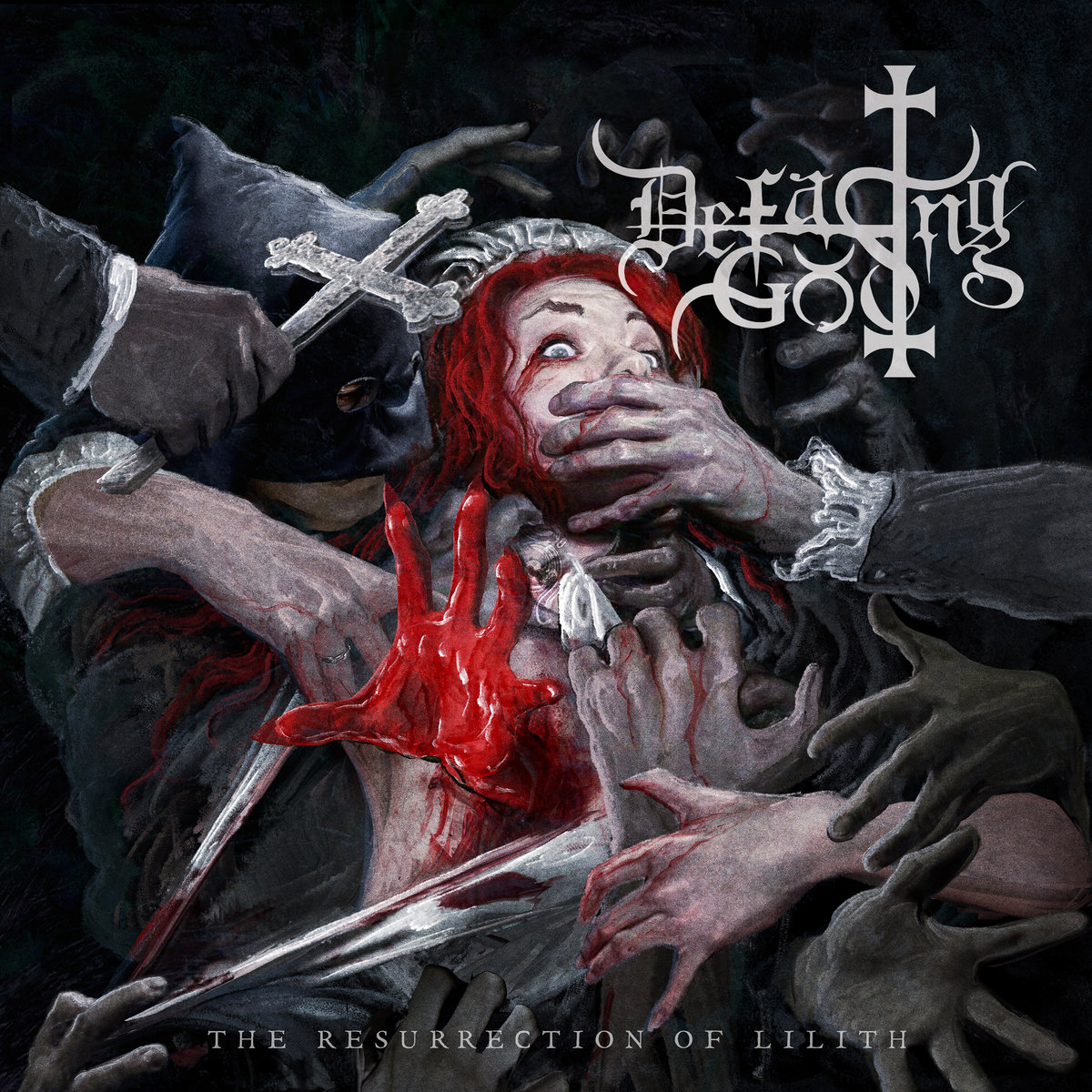 Drawing their influences from Scandinavian mythology and traditions, Danish outfit DEFACING GOD bring their debut album roaring into 2022 with a combination of death and black metal. Soaring orchestral elements courtesy of Lars Vinther segue comfortably with more extreme and brutal elements of death metal. The result is a powerful and impressive release that is incendiary in every respect.

Although the band have been in existence since 2015, when vocalist Sandie ‘The Lilith’ Gjørtz and drummer Michael Olsson began their musical mission, it’s a wait which brings forward the band’s ambitions and desires. Basing their storytelling on the mysterious female demon Lilith, DEFACING GOD explore the defiance and perseverance that has long been associated with her. 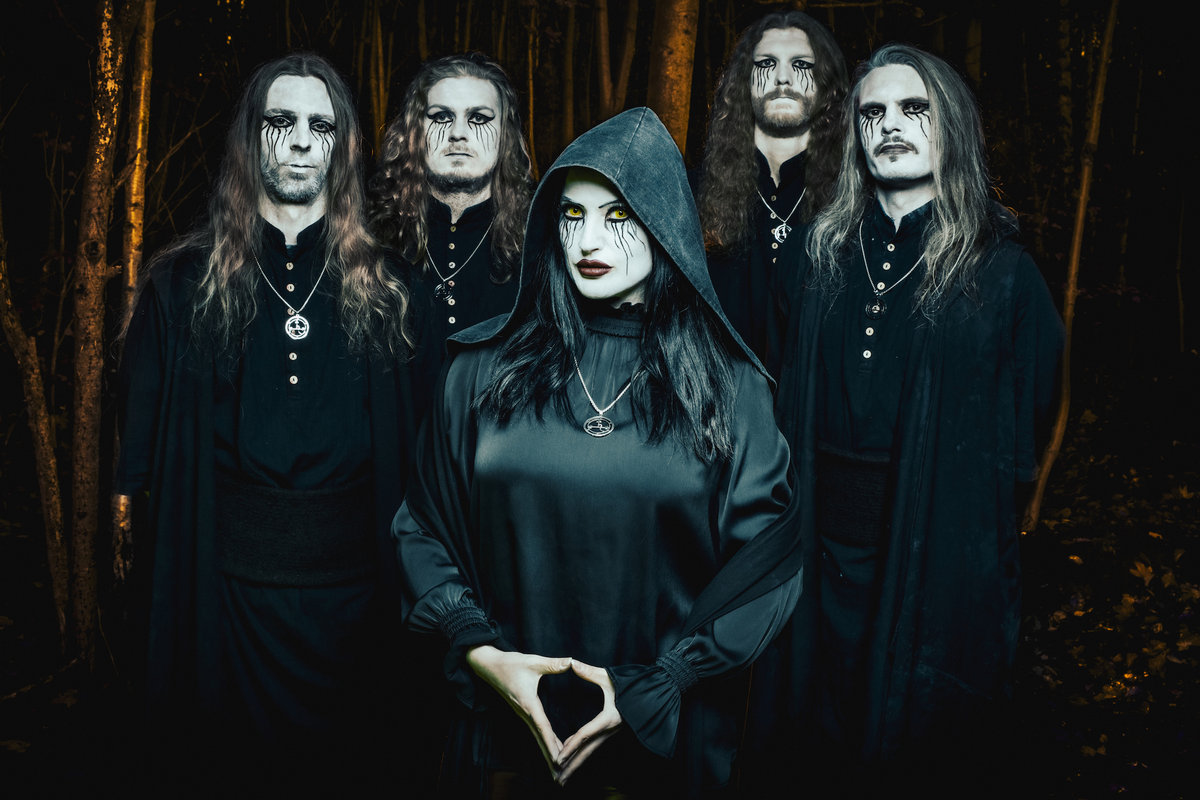 Gjørtz is the latest in a series of impressive female vocalists whose demonic delivery is more akin to Satan than the symphonic offerings of many other vocalists around today. Guttural, aggressive and gravel throated, her snarling approach is well-suited to the band’s ferocious onslaught. Beginning with the cinematic introduction of “Black Moon”, the band soon erupt into the vicious opening song “Invocation Part I Lilith”, the first of three tracks that bring the female forces of the legend as a trinity. Lilith, wife of Adam who refused to obey and is seen as a symbol of feminine rage and independence as well as reflecting on one’s own inner darkness. The other parts feature the bond between Lilith, Jezebel (Part II) and Abyzou (Part III).

The musicianship is impressive, with Signar Petersen’s fluent lead work racing across the sterling rhythm of Christian Snapholt Neilsen and bassist Rasmus ‘Kalke’ Nielsen. With a tight production thanks to a super production by Jacob Hansen (Fleshgod Apocalypse, Volbeat, Evergrey, Epica, etc.).

The album races along, the band’s sheer vibrancy allowing Gjørtz to rage and roar her way through story after story. At times her delivery is unworldly, such is the sheer feral rage she emits. As the music soars through semi-orchestral pieces ala Septicflesh and Fleshgod Apocalypse, it’s perhaps an opportunity to marvel at the sheer magnitude of this release. Aside from the trilogy of Lilith, the crushing power of songs like “The End Of Times”, the stomp of “Echoes From Fulda” and closing duo “In The Land Of Rain And Sorrow” and “Into The Mist Of Memories” all demonstrate the sheer intensity that DEFACING GOD deliver. The final track “Into The Mist Of Memories” allows a final flourish from Petersen, his neo-classically influenced solo a highlight.

This is an album that DEFACING GOD should be hugely proud of. It’s massive in sound, brutal and bruising in delivery and combines symphonics with more extreme metal. It stands as one of the most impressive debuts of 2022 and suggests that with continued tuning, their raw focus and finishing could see their stock rise much higher in years to come.