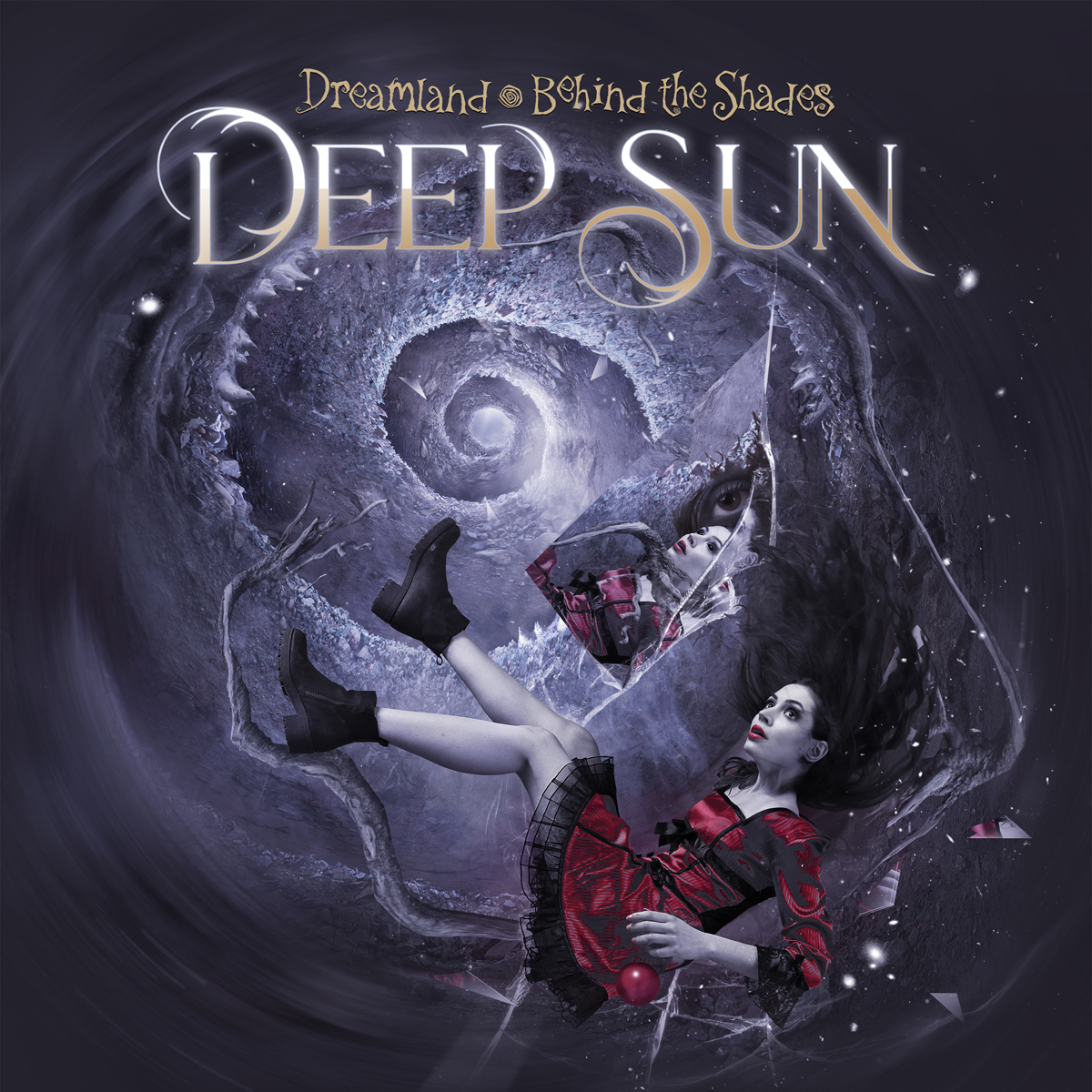 Active since 2005, it’s in the last six years that Swiss outfit DEEP SUN have finally released music. “Dreamland – Behind The Shades” is their third release since 2016’s “Race Against Time”. Not being overly familiar with Swiss music, my knowledge being limited to Celtic Frost, Krokus and Coroner, this was very much a “going in blind” approach. I’m pleased to say that it was worth that gamble, for “Dreamland – Behind The Shades” presents some original and clever music that confirms the band are much more than another symphonic metal band.

The first thing to note is the impressive range of vocalist Debora Lavagnolo. Her singing is often operatic, soaring high with a range that most singers cannot get near. Then there’s the music, which switches from folk to symphonic orchestral segments, thick riffing guitars and thunderous drumming are all enhanced by a welcomely crisp production that enhances the band’s overall sound.

This is an album that tackles dreams in all forms. Not just the ones that assault us when we sleep. But those aspirations, those goals that inspire us through life. An album that the band has long wanted to transpose musically for some time, it also introduces new guitarist Stephan Riner whose solo work is one of the standout features on an album full of twists and turns.

Opening with the scene setting “Prologue”, which describes the story of a young girl forbidden to enter the woods by her parents, DEEP SUN quickly launch into a flowing epic that picks up from a similar piece that closed their previous record. “Behind The Shades” is a song that comes in several parts, a robust opening slows to a piano and solo vocal, subtle orchestral elements adding layers to the track as Lavagnolo begins the first of her many lyrical gymnastics. The track builds again and flows organically, weaving along without any chorus, but providing an intricate opening to the album. This moves directly to “Dreammaster”, the ultimate villain in such topics, and it’s a soaring symphonic track that stands high, with the band gelling as a unit and Lavagnolo once more showing her vocal dexterity.

DEEP SUN slips into a couple of shorter and more direct numbers next. “Living The Dream” is a more orthodox rock song whilst the band describe “Killer In A Dream” as their own Bond theme. You can certainly hear it in the way the song plays out, and it wouldn’t be out of place as the soundtrack to a 007 movie. Complete with challenging time changes from 4/4 to 6/8 and some demanding vocal melodies, this is an earworm that will surely gain attention. It’s an impressive track, and another of the shining pieces of work on the album.

The inevitable ballad follows, but “In Silence” is deeper than traditional songs of this style, with Lavagnolo’s collaboration with keyboardist Tom Hiebaum absorbing and dreamy, allowing you to drift and lose yourself in the emotions. It’s followed by another rousing piece of symphonic metal, in the shape of “Secret Garden”, written by bassist Angelo Salerno. A smouldering, powerful track, this sits neatly in the order and picks up the story of the girl who is first referenced in “Prologue”.

“Mitternachtstanz” couldn’t be more German if it was waving a flag. Sung in the national language, it has a folk-power metal hybrid so beloved of the metal community there. Some sweet guitar work appears again. It’s not my favourite due to the slightly SPINAL TAP folk elements but it races along and is over quickly! It does feature an oud, played by Salerno, so one for the fact fans. 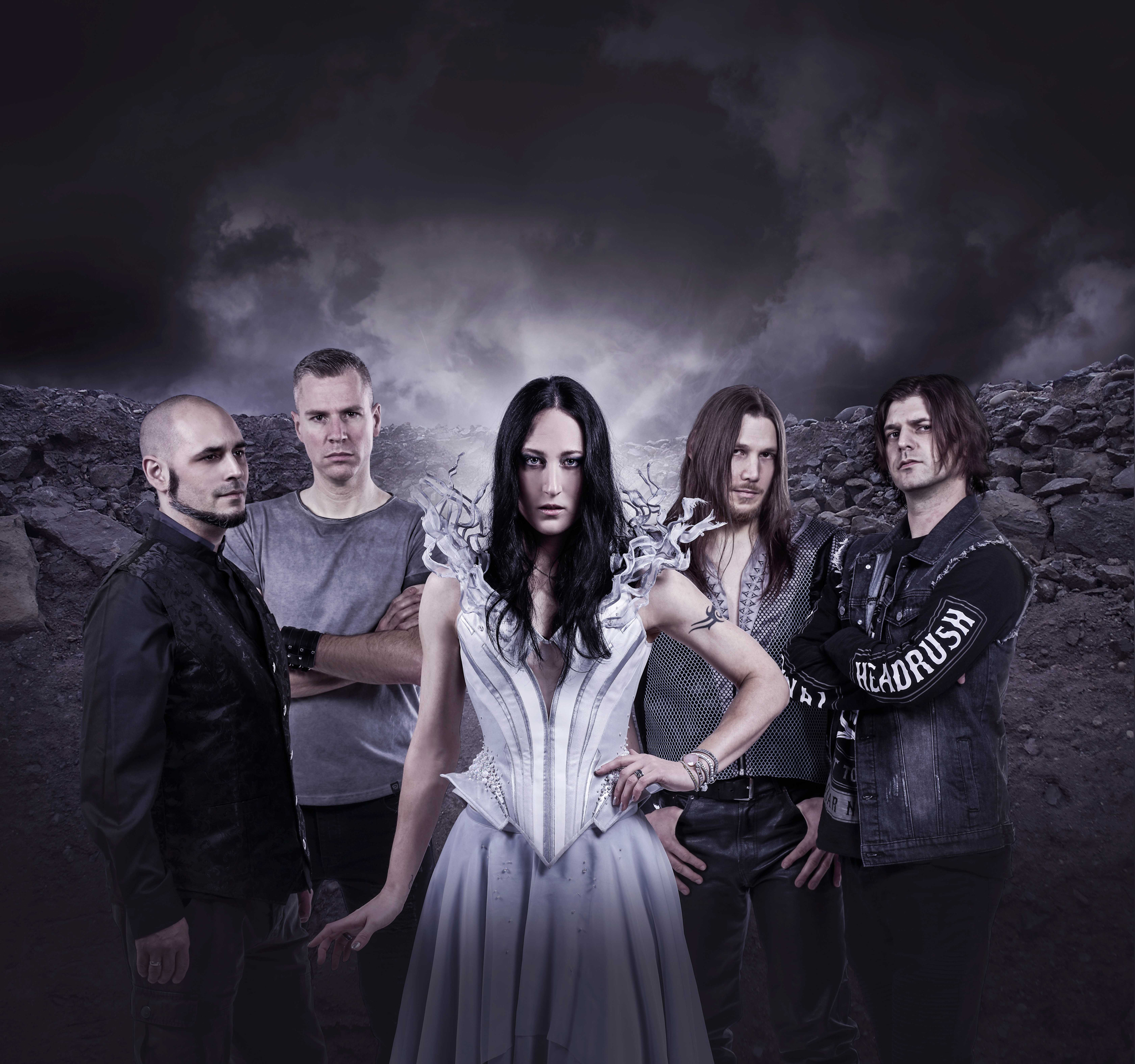 As we head towards the conclusion, “Hands In Anger” increases the tempo substantially, with growls from drummer Tobias Brutschi adding an interesting foil to the high singing of Lavagnolo. It’s the fastest track on the album, with Brutschi’s drumming particularly fiery. It’s followed by penultimate song “Rogue (Dreaming Leprechaun Part II)“ which continues from the song on “Race Against Time“. More use of the oud and some more catchy guitar work from Riner provides another enjoyable track which leads neatly to the grand finale.

“Euphoria“ brings the album to a conclusion. Written by Hiebaum many moons ago, this features a rich melody and captures the feeling of musicians when they achieve their goal of appearing on stage. It’s a dramatic and full song that also sees the band abstain from a second vocal verse, replacing it with an extensive guitar solo followed by a keyboard solo. It’s a bombastic and triumphant conclusion to an album that improves on every play.