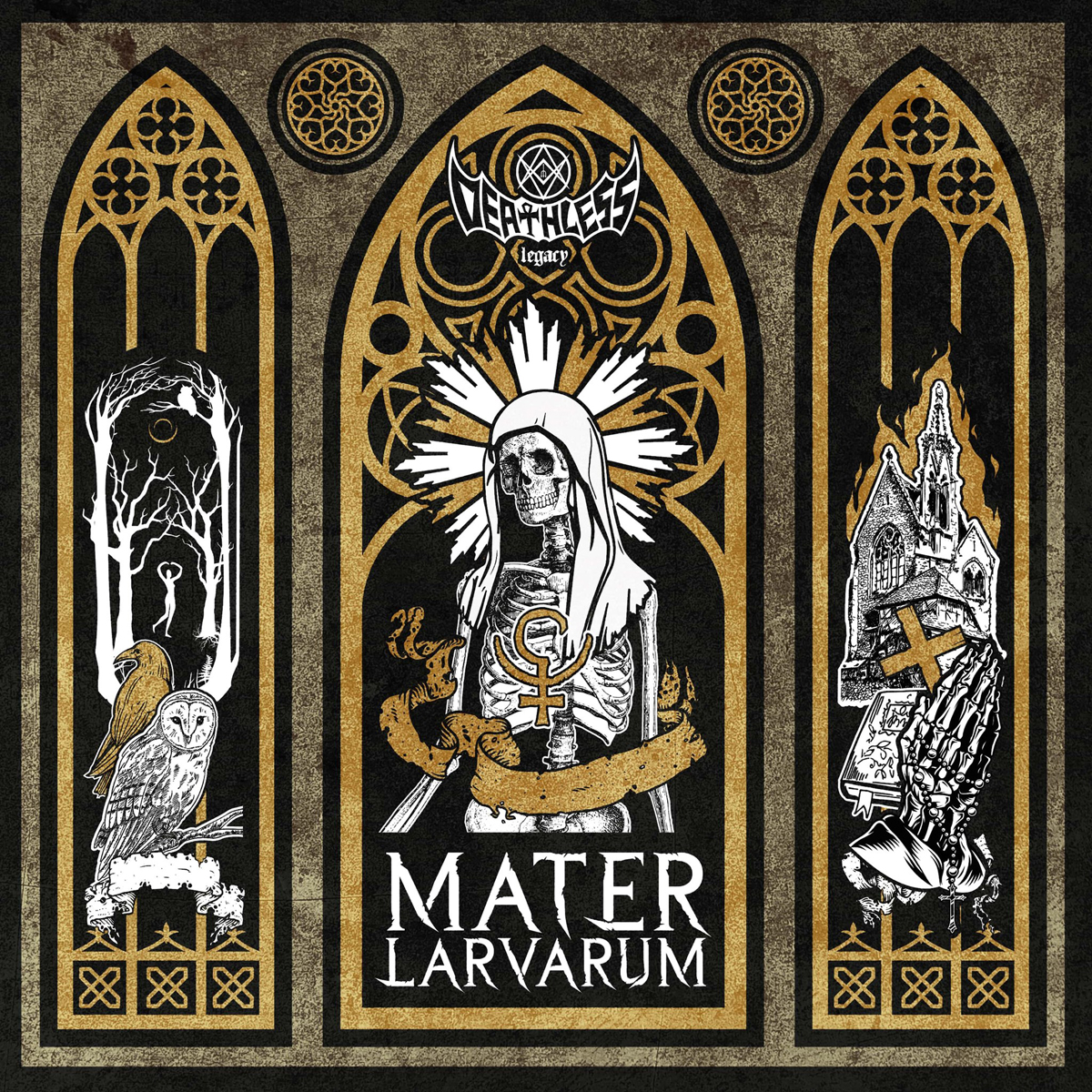 After their most ambitious work to date, “Saturnalia”, a nearly 25-minute experimental metal opera, DEATHLESS LEGACY are back two years later with their sixth opus “Mater Lavarum”. As stated on their website, horror metallers DEATHLESS LEGACY, who hail from the heart of Italy, combine dark, symphonic metal arrangements and powerful female vocals to enhance the occult, horror and dark themes. Formed in 2006 by singer Steva (Eleonora Vaiana) and drummer Frater Orion (Andrea Falaschi, who is also responsible for the stunning album artwork and videoclips), the band has always been focused on offering spectacular live shows, spitting fake blood and totally immersing themselves in their monstrous alter egos. In 2014 Alessio ‘Alex van Eden’ Lucatti (Vision Divine) joined the band on keyboards and in 2015 DEATHLESS LEGACY won the Italian Wacken Metal Battle. The newest band member is Revyla, who joined the band as dancer and performer this year and can also be seen in the latest music videos “Moonless Night” and “Ora Pro Nobis”.

The title “Mater Lavarum” translates as “mother of ghosts” or “mother of evil spirits” and accordingly the story of the concept-album centres on feminine fierceness. Along the way we encounter a whole bunch of bad-ass female figures from witches, to dark priestesses, to the ancient mother goddess herself. Thus, the opus can be interpreted as an ode to dark, untamed femininity – with magnificent vocalist Steva as the perfect embodiment of feminine fierceness. In the eleven punchy compositions, the impressive voice of the petite Italian always takes centre stage. Her voice is not a delicate, girlish organ, but a sensual, rasping force of nature with lots of charisma. Musically, the record ranges from heavy metal to gothic, doom, symphonic and progressive metal, featuring atmospheric keyboard passages and striking orchestrations. So far, DEATHLESS LEGACY stick to their established formula, but have once again increased the catchiness of their material.

The opener “Ora Pro Nobis” starts with dark chorales and quickly develops into a catchy rock anthem, whose mantra-like Latin refrain (translated as “Pray for us”) gets stuck in your head for a long time. “Nightfall” scores with atmospheric keyboard sounds, an old school gothic vibe and a strong chorus with haunting lyrics. “No one’s gonna save you / From the darkness within you / No one’s gonna save me too / Until nightfall”, Steva croons fervently, sending shivers down your spine and making you reflect on the darkness that ultimately lives in us all. “The Coven” opens with chugging riffs and dark orchestrations, before it launches into an intense gothic anthem with Steva passionately intoning: “I will seek the truth beneath / Join the coven / 666” – you get occult and witchy vibes galore in this catchy tune.

The witchy theme continues in “Moonless Night”. The first single to be released of “Mater Lavarum” is a seductive mid-tempo rocker and the perfect anthem for the next Walpurgis Night! In the chorus Steva sings wistfully “Witches rising / When the midnight falls / They dance among the trees / Naked in the woods / I hear them screaming fierce / And howl to the moon / Possessed by the spirits / I wish I could”. In doing so, it seems as if the protagonist she embodies wants to escape all earthly constraints, give in to her wild side, join the witches and finally feel free. A personal favourite is the doomy “Altar Of Bones”, one of the slowest and heaviest tracks on the album. The dark, pulsating rhythm and Steva’s sultry vocals conjure up visions of pagan rituals and dark priestesses worshipping Mater Lavarum. The crowning finale is the epic title track “Mater Lavarum”, in which we finally come face to face with the goddess. But it doesn’t look like we will survive this encounter unscathed. 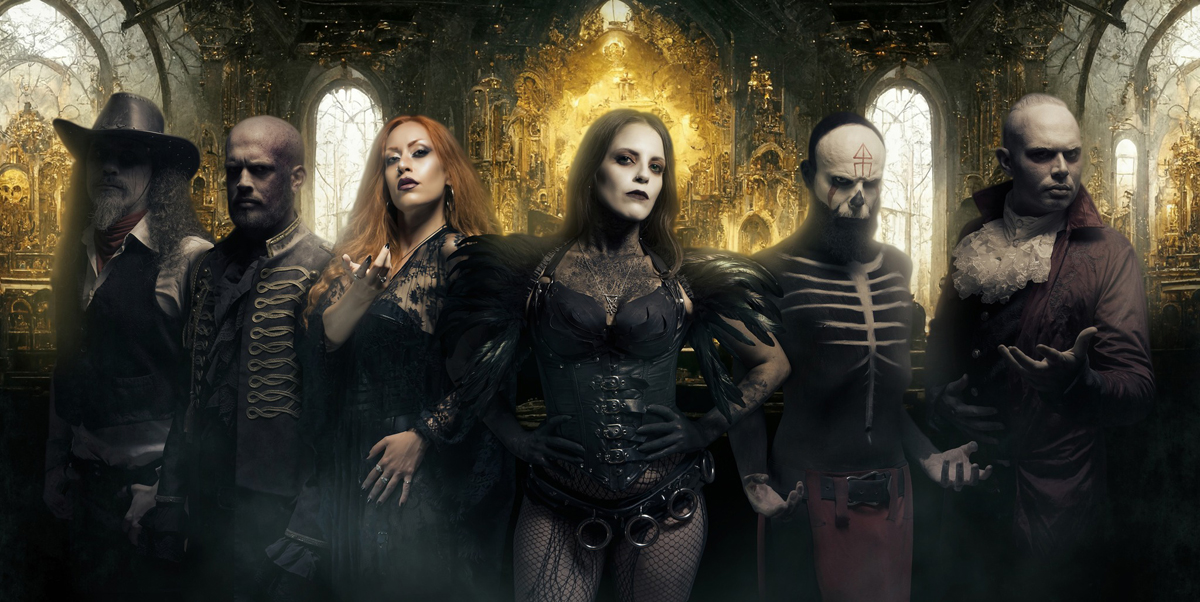 Overall, on “Mater Lavarum”, DEATHLESS LEGACY sound more mature, catchier, but no less wild than on their previous works. Let’s hope that this release will bring them the popularity that such a passionate and talented band undoubtedly deserves. And let’s hope that a European tour is coming in 2023!