BLOODHUNTER – KNOWLEDGE WAS THE PRICE 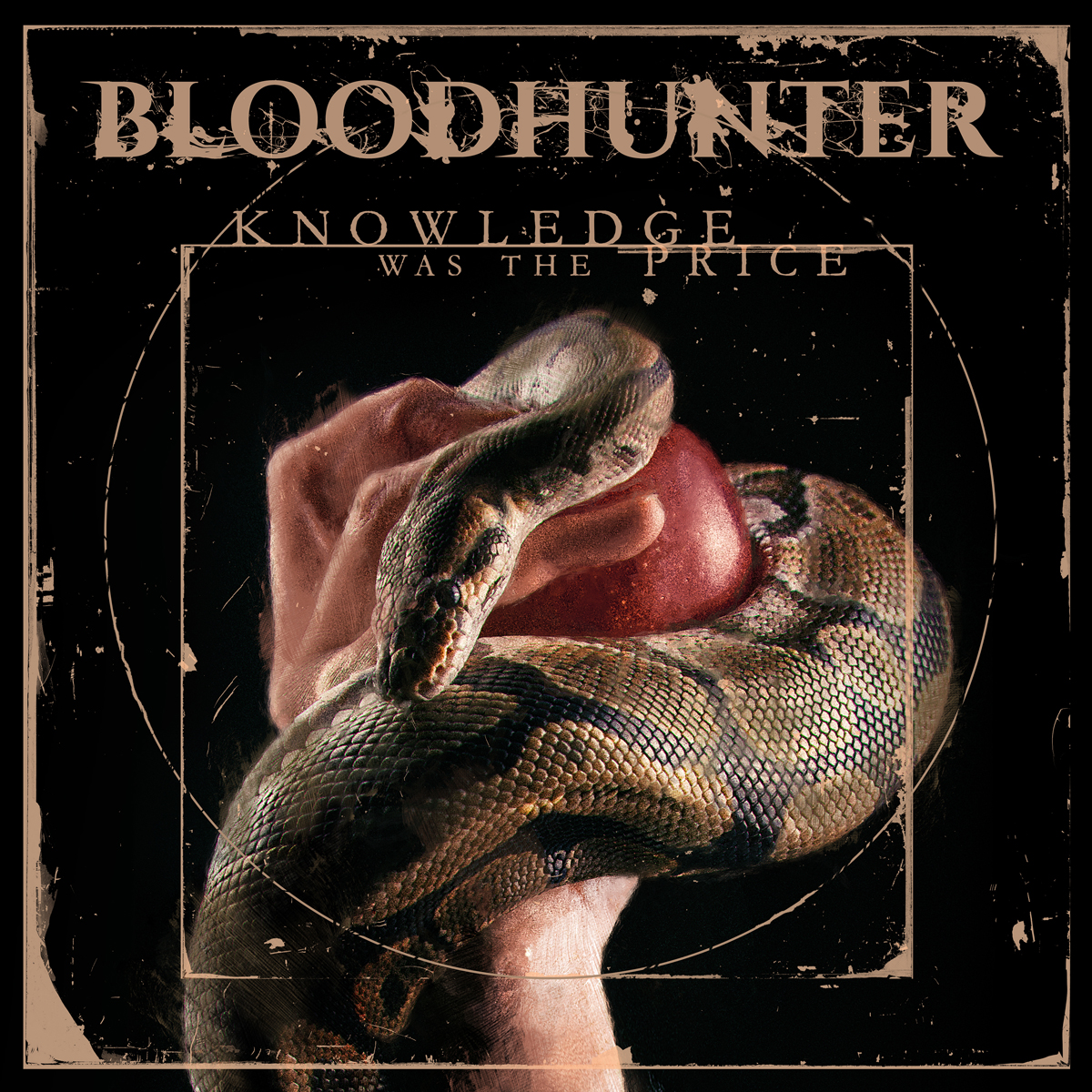 01. Sharpened Tongues Spitting Venom Inside
02. Knowledge Was The Price
03. A Twist Of Fate To Come
04. Medea’s Guidance
05. Never Let It Rest
06. Find Your Inner Fire
07. The Eye Of The Serpent
08. Spreading Your Disease
09. Nothing Beyond The Realms Of Death
10. A Relentless Force
11. The Forsaken Idol
12. The Hunters
13. Bodom After Midnight

After a long five years with no official studio album, explosive Spanish melodic death metal band BLOODHUNTER finally brings us their long-awaited third studio album entitled “Knowledge Was The Price“ available on May 27, 2022 on Maldito Records. Forged in the fires of Spain in 2008, BLOODHUNTER has impressed many with the unclean stylings of vocalist Diva Satanica and blending the traditional speed and catchy riffs of melodeath with more modern mainstays such as hardcore-influenced breakdowns, exploratory rhythmic interpretation and technical virtuosity. Understanding their unique approach to a genre that has otherwise showcased consistent, if not stale conventions, let’s take a deep dive into “Knowledge Was The Price“. 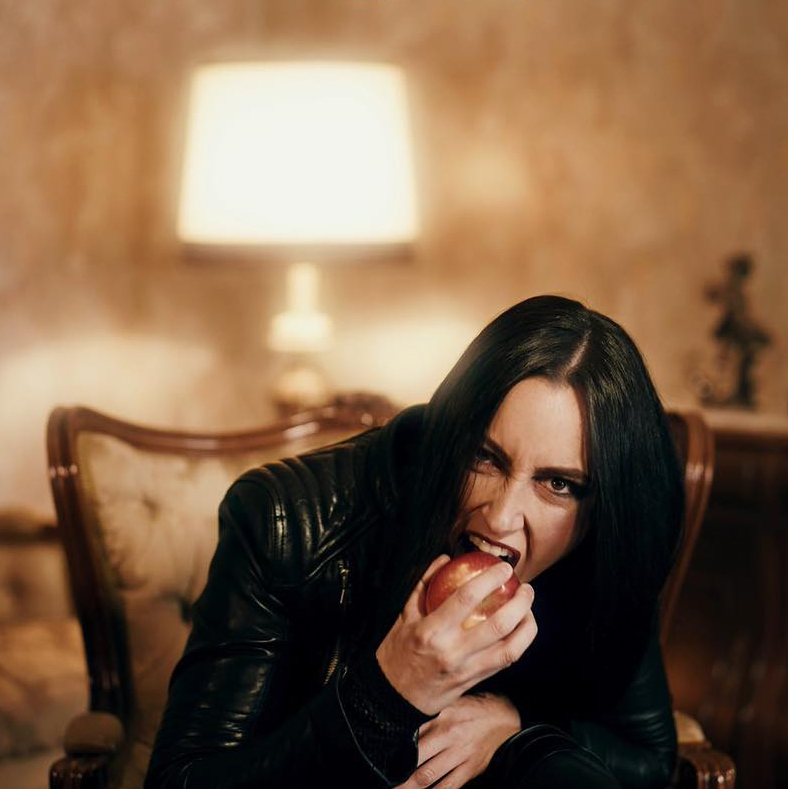 The album kickstarts the action with thrashy trading riffs on the intro track “Sharpened Tongues Spitting Venom Inside“. Trading thrashy riffs between guitarists Dani Arcos and Guillermo Starless tease the listener as they are finally graced with syncopated melodic riffing acting as the heartbeat behind the song. The track is anything but linear, as at the midpoint of it we are treated to a complex bass line by Daniel Luces forcing the listener to focus on the intricate ebbs and flows of his four-string sensory overload. Accompanied by Diva Satanica’s whispered soliloquy of misanthropy, this unique dip in the action is all-too quick before jumping right back into the energetic explosivity of the track.

Following this, the album throws us into the titular track “Knowledge Was The Price“, a rather metalcore-feeling song filled with stop-and-start uniform rhythms between the guitars and Adrián Perales’ kick drum. Nice dressed on top of the rhythm section is a ripping solo performed by Arcos, creating a poly-rhythmic chaotic feel reminiscent of Between The Buried And Me.

As the third track approaches, the album begins to settle into its extreme metal roots with standout track “A Twist Of Fate To Come“. Perales’ insane drumming perfectly fits with the anarchic growls of Satanica. A short and sweet melodic masterpiece, this track fills the litener with an energy that is uninterrupted by technicality or lulls in the action, just pure unadulterated melodic death metal on full display.

The continued brutality on “Medea’s Guidance” is followed by a visit from a familiar friend, as “Never Let It Rest“ features former Judas Priest and Iced Earth vocalist Tim ‘Ripper’ Owens. An acoustic start into a classic New Wave of British Heavy Metal squeal opens the track, reminding us of the band’s influences. The contrast of the traditional high-pitched heavy metal vocals to Satanica’s growls flips the convention of ‘Beauty and the Beast’ style vocals on its head, this time the female vocals offering the brutality option to the male’s squeaky clean melodic sensibilities. 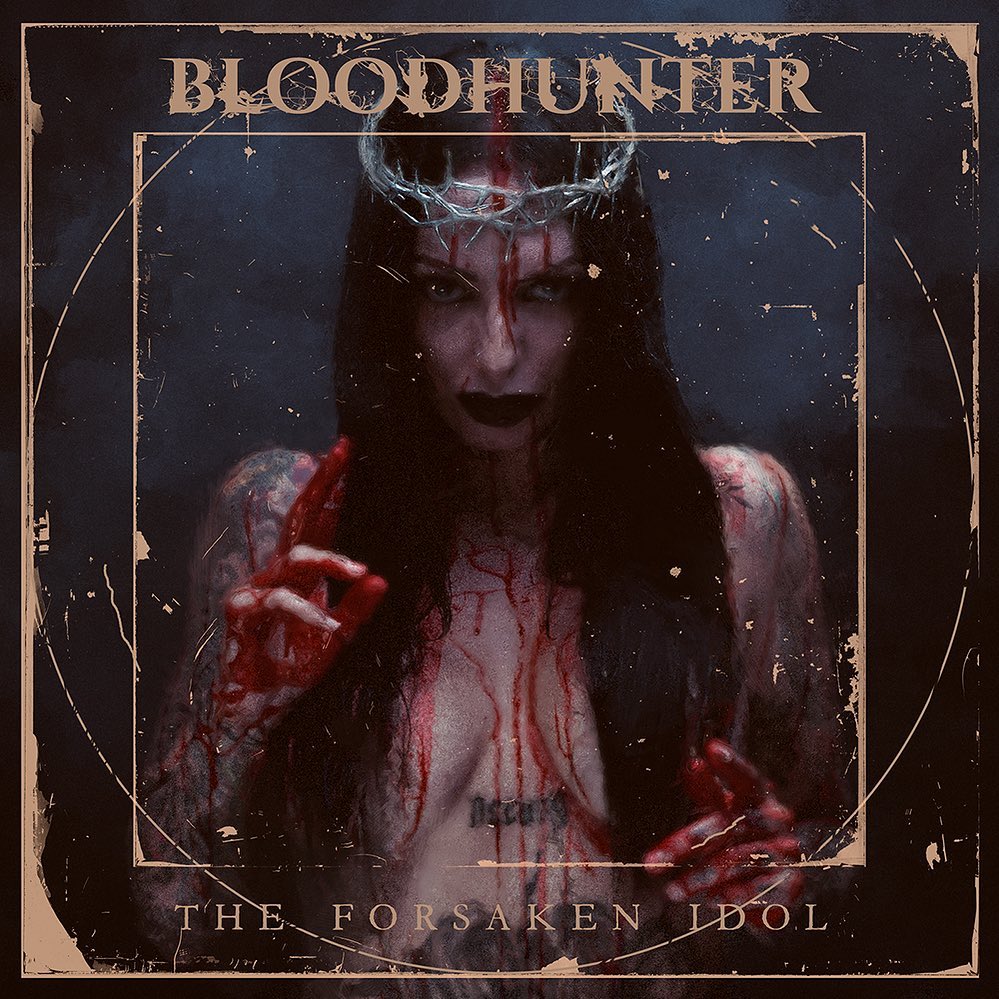 Continued influences rear their heads throughout the black metal inspired “Find Your Inner Fire“, the more groove-oriented “The Eye Of The Serpent“, the neoclassical, instrumental, medieval homage “A Relentless Force“ and the gothic metal demonstration of “The Forsaken Idol“ (featuring Rosalía Sairem from Therion). This unique heterogeneity that BLOODHUNTER embodies forces the listener to dial in to the complexity of the album instead of using it as background noise.

The final track of the album offers perhaps the most touching element of all, as it is a tribute to late Children Of Bodom guitarist Alexi Laiho covering the legendary “Bodom After Midnight“. The tasteful reimagining of the genre-defining classic pays homage to the band’s predecessors while still giving the fans a taste of the BLOODHUNTER DNA.

Allowing influences to shine and not confining themselves to a singular style is what allows BLOODHUNTER to thrive in an endless sea of At The Gates rip off bands. With “Knowledge Was The Price“ being another winning notch on their belt, fans of the genre are sure to rejoice in the diversity of another banger album from the group.