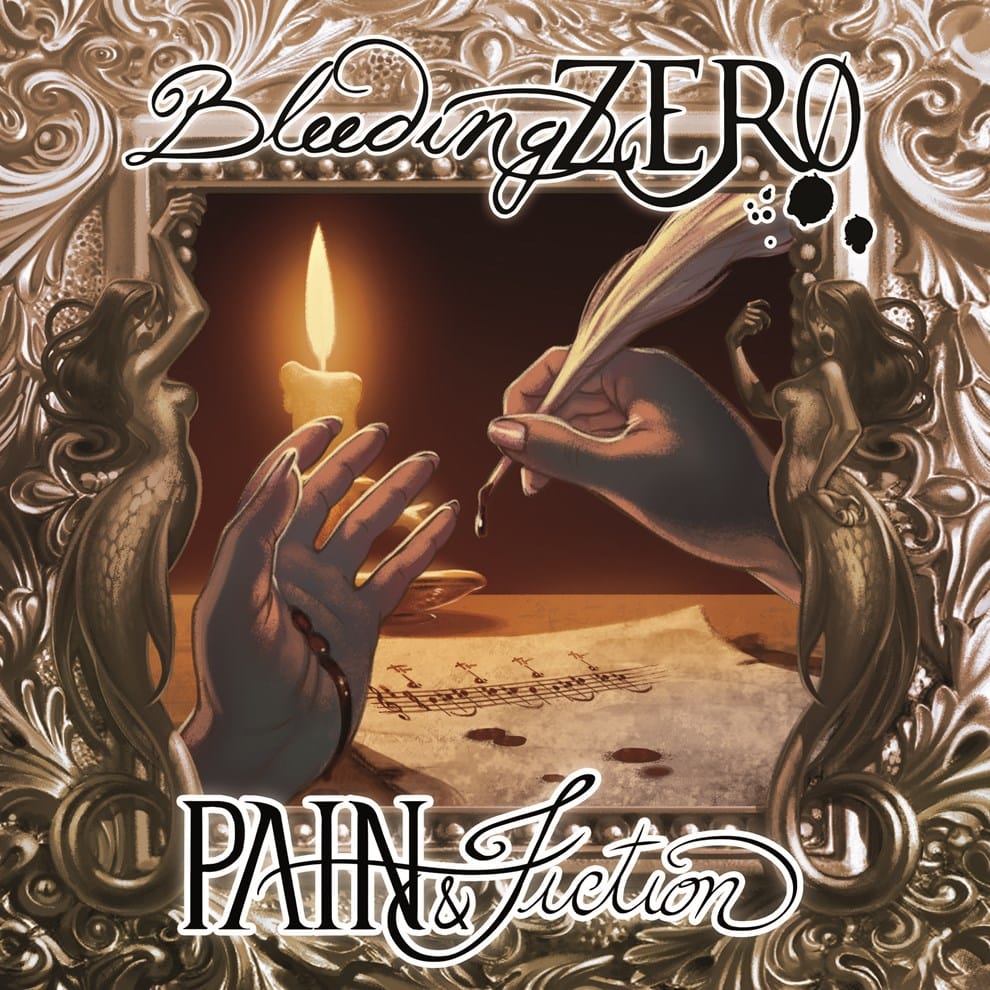 After bursting on to the scene with their 2015 EP “Scenophilac“, Italian symphonic metal band BLEEDING ZERO finally brings us their long-awaited debut album “Pain & Fiction“, released on Revalve Records this past Friday. Formed in 2011 in Pistoia, Italy, BLEEDING ZERO has gone through several line-up changes before landing on the winning trio of vocalist and composer Rachele ‘Olympia’ Manfredi, percussionist and programmer Daniele Neri and bassist Claudio Sottili.

Known for their stunning blend of poetic and highly emotional lyrical themes with classical and symphonic elements, “Pain & Fiction” delivers a fiercely fun, fantastical and gothic adventure that will surpass expectations of die-hard symphonic metal fans and offer a warm and inviting listen to newcomers of the genre.

The journey of the listener begins with the intro track “Terra Nova”. Fantastical instrumentals showcasing flutes and harps welcome fresh and familiar ears alike to the album before plunging into a recognizable symphonic metal landscape, painting imaginations with a picture filled with fairies picking lilies as they are gently kissed by the fire and steel that is the unforgettable haven of distorted melodic guitar-work and the double bass work of Daniele Neri’s impressive rhythmic precision.

The album then sharply transitions to a full display of atmospheric gothic themes with “Life And Death Of Sybil Vane”. Manfredi’s haunting and soaring vocals add a powerful emotive force to their interpretation of the insecure protagonist of Oscar Wilde’s “The Picture Of Dorian Gray“. For anyone familiar with the absolute required reading of the gothic literature subgenre, instant images and fond memories of the innocent yet charming woman and her unrequited fantasies flood the senses. A music video for the track, released as a promotional single, gives the audience a closer look at the band’s fascination with the macabre with an inviting visual narrative. 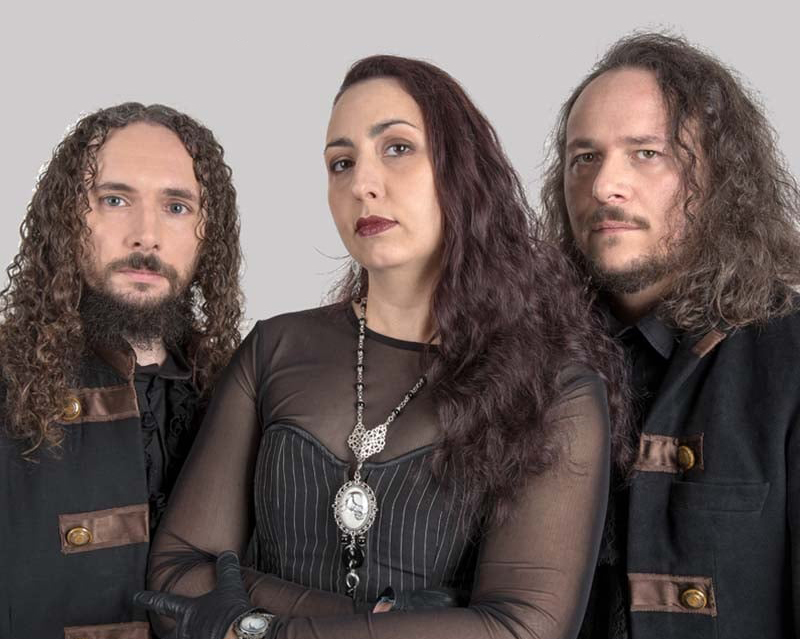 Other standout tracks on the album include “Parnassus”, an energetic, synth-laden showcase of melody complimented by group vocals, “Romanticynicism”, a beautiful, vampiric epic, offering tension between quick-paced, syncopated orchestral elements contrasted with the gorgeous operatic vocals the band has become known for and “Ecce Ancilla Musae”, a lullaby of sorts giving the listener a rest from the ferocity of the prior tracks before diving back into the energy of the latter half of the album.

The final track “Quest For Myself” ends the album on a strong note, offering a grandiose tone and progressive sensibilities, blending polyrhythmic guitars over a driving triplet groove from Neri’s drums. Sounds of wind and thunder bring an appropriate feeling of longing and satisfaction for the curtain call to a wild ride.

“Pain & Fiction” paints a consistent panorama of everything the band is capable of. Unique blends of gothic and fantastical elements make it required listening for long time fans of the genre and curious novices of symphonic metal. The future for BLEEDING ZERO seems to contrast the material of the album, as even though the lyrical themes and musicality may be dark, their future is bright.