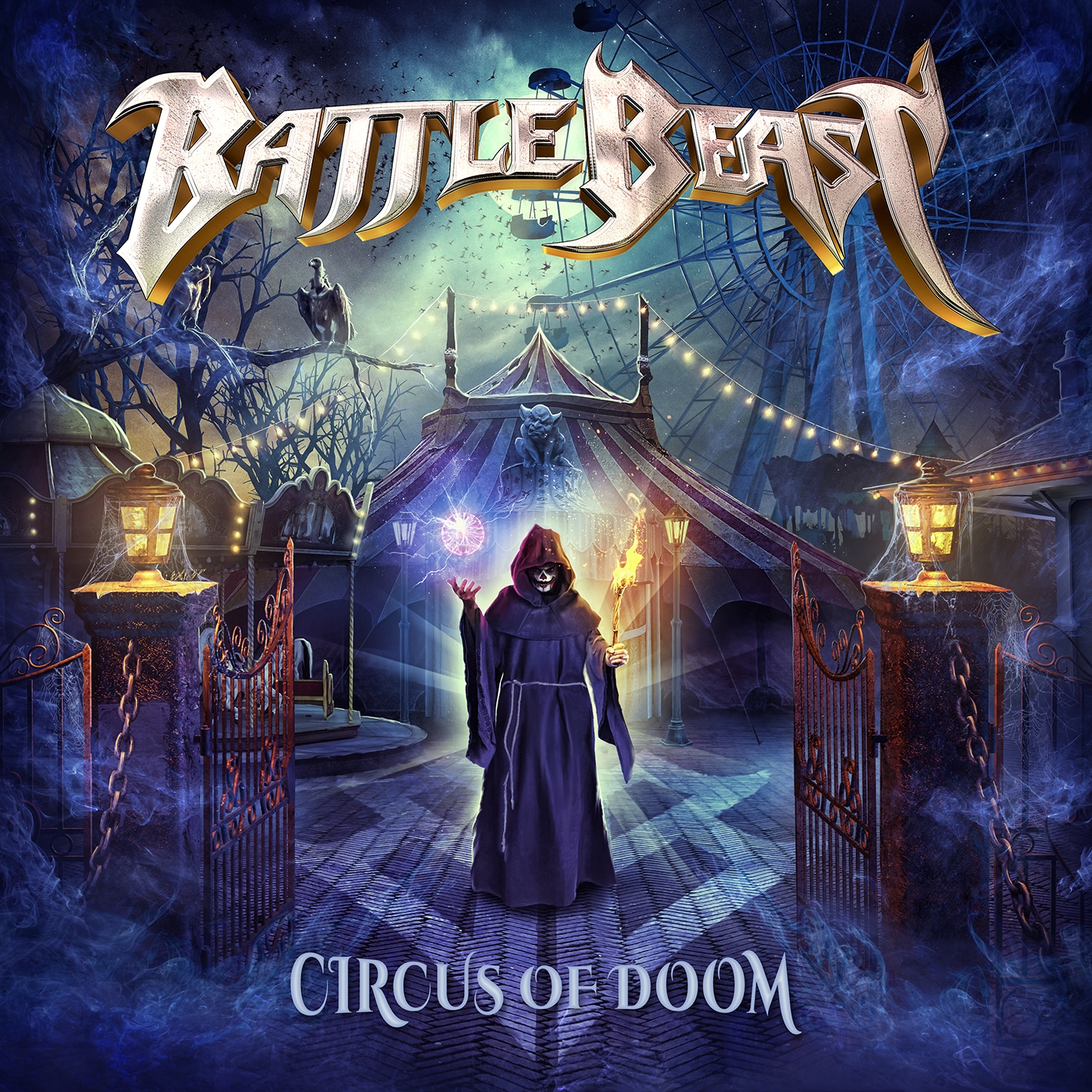 After two years of pandemic stress, economic upheaval and political turbulence, it certainly feels like we are living in a ‘circus of doom‘. And while their album of the same name has little to do with all of that, at least directly, BATTLE BEAST‘s latest certainly touches on some of that feeling.

This is the sixth album by the Finnish band, led by the ever-splendid Noora Louhimo (whom Tulip‘s Ashleigh Semkiw calls “the best singer in the genre“), along with guitarists Joona Bjorkroth and Juuso Soinio, bassist Eero Sipila, keyboardist Janne Bjorkroth and drummer Pyry Vikki, with music and production by Janne and lyrics by Eero, Joona and Elise Widemark. At 10 songs, it’s shorter than its 2019 predecessor “No More Hollywood Endings” and there are no ballads. It’s an altogether more concise, harder-hitting effort and the songs are nicely brief – while there’s definitely a lot going on in each one, they get in and get out.

The title track begins with a music box melody, but it quickly becomes ominous and heavy, with lots of bottom end and a keyboard flourish that’s used to introduce the three acts of the song, if you will. Those acts are further defined and introduced by the choir vocals as preliminary (“the circus is coming to town”), as current action (“the circus is in the town”) and as aftermath (“the circus has left the town”). All the circus references are metaphors for despair, futility, a facade for the sordid and cruel – “This circus of extremes / Where nothing can last”. The “lions” are the masses or the audience, “hungry and filled with rage” and the attempts to assuage them with “bread and circuses” but failing, “lust turning to disgust”. The “acrobats” are perhaps hopes, “Forever, never landing / Smiles upon despair”. The bridge is resentful – when all the spectacle and illusion is gone, they’re left empty (“Wrapped in the absence of it all / Trapped in silence they fall”) – but turns tender with “The silence descends / When the lights go down / Far from home and friends / Something hit the ground / The tears of a clown / When there’s no one around” (and they may have swiped those lines from Smokey Robinson, but it’s a well-done crib). Throughout, Noora is the ringmaster, the emotional guide through this scenario, interpreting each line and subtle change with sensitivity and complete understanding, neither overdoing or underdoing anything. 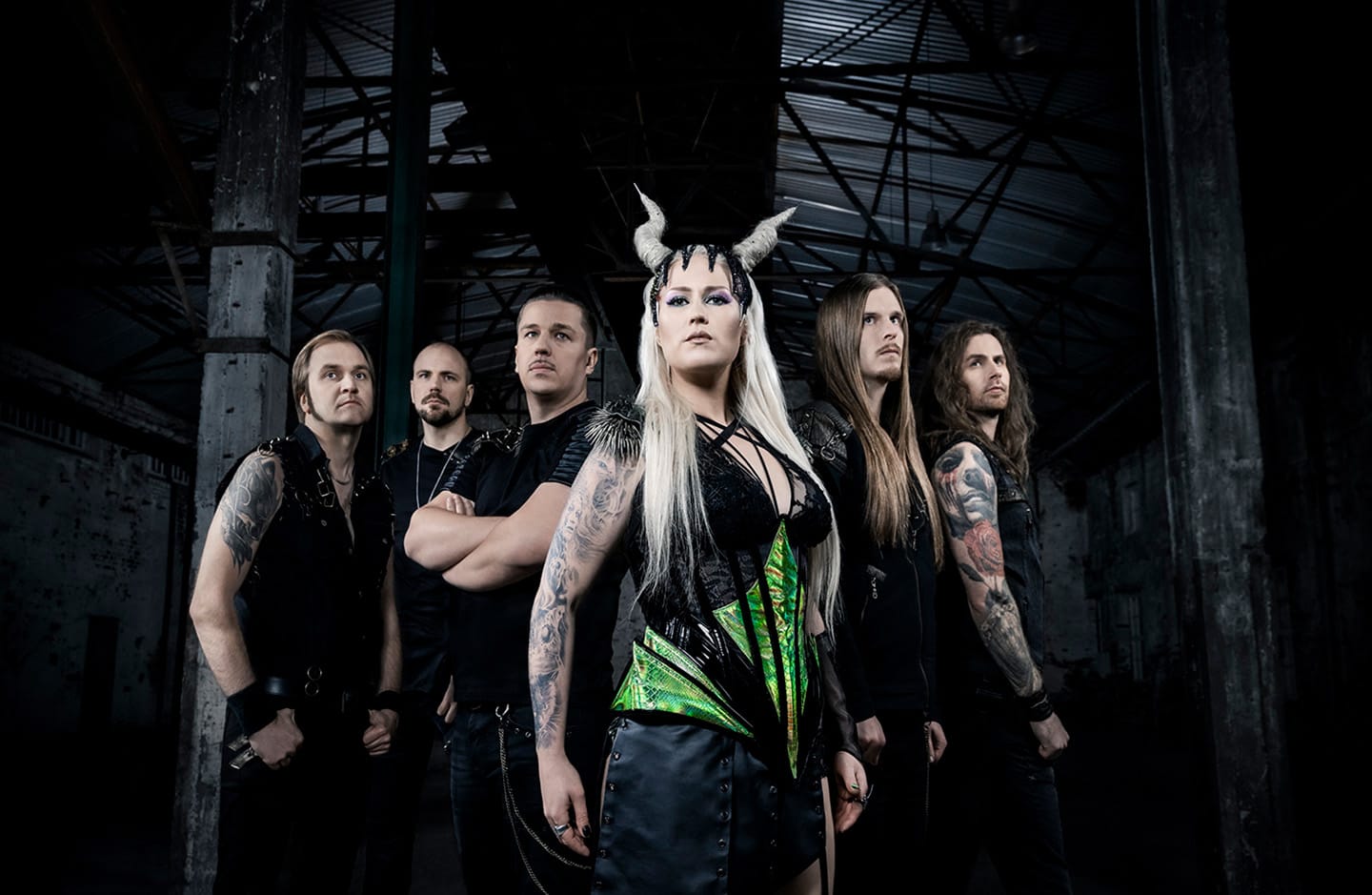 “Wings Of Light” is your customary BB anthem, brilliant and punchy, chugging in the chorus and soaring and stratospheric in the chorus. It’s a plea for salvation to someone or something, perhaps asking for forgiveness (“Make me one with my enemy / Raise me up to the heavens”), to be taken to a better place (“Why did we come down where / All hope is dead or dying”), but it’s not immediately apparent, and that’s OK – a  potent sing-along is never a bad thing. Noora uses her little rasp at her discretion – she can amp it up or smooth it out at will depending on the material and what it’s telling her – and her interpretation of lyrics is one of her great gifts as a singer.

Janne has said: “Master Of Illusion” is about a “greedy, self-centered narrow-minded (person) who sows destruction around them”. We meet that person in the first verse and get a glimpse of their massive ego (“I’m the one who makes the rules / For the heroes and the fools / I can tear down angels from the sky / And make Mona Lisa cry”). Noora abandons the rasp in the prechorus and for good reason: she uses it as foreshadowing, as divine judgment, that this person’s reign will end and soon (“You can hear the weeping violins / Long before the bitter end begins / You can see the strings and puppeteer / Before the dusk will make them disappear”). The second verse is what this person has done, observation, not first-person: “The dominoes of greed / Are falling for your endless needs… Every time you roll the dice / We’re the ones who pay the price / While the oceans boil for your games / You just feed the flames”). The bridge holds out a little hope, a moment of self-examination, like can you save yourself before it’s too late (“Can you hear the weeping violins / And cut the strings before the end begins?”) and Noora’s voice acts accordingly, lightening and softening to reflect that, before the judgment of the chorus begins anew.

“Where Angels Fear To Fly”, the bio says, is “dedicated to anyone who has faced… belittling, discrimination, or prejudice”. That explanation of the song’s theme is certainly logical but it’s not overt – it’s again an anthem, indeed of positivity and resilience (“I’m still alive, I’m ready for the pain” and “I spread my wings and like the midnight sun / I will be rising”), simple as that. The choir vocal and guitar unite on the opening melody, and that happens again in the solo section after the bridge ; their use of keyboards is as texture only, melding into the sound. The ease of Noora’s singing and the tastefulness of it even in the midst of the bombast is noteworthy – no matter how high she gets, she’s never straining or showing off. She uses those high notes rarely and for emphasis, like in the bridge here.

An acoustic take on the extremely catchy riff melody starts “Eye Of The Storm”, the later solo is this same idea. The great thing about this track is the way Noora builds the vocal, from the delicate, breathy lightness of the verse (which follows perfectly from that initial musical beginning), to adding the grit in the prechorus, to finally the massive, glorious soar of the chorus, where her longing for “My place to rest, my heart and soul” becomes ringingly clear. The final chorus when it modulates, as much as you expect it to do so, will still give you chills as the guitars fly equally as high to support her. This is merely about finding peace amid chaos (the “eye of the storm”) and using that chaos as motivation (“The light keeps on burning / As the storm rages on / It’s time for hope and yearning / A golden future unfolds”).

Tense and surging, with loads of guitar and Noora’s seductive throaty purr setting the scene, “Russian Roulette” could be a literal tale of a gambler who takes too many chances (“With nothing left to steal, nothing left to borrow / You’re playing on devil’s playground”) or about anyone who keeps pushing their luck with any kind of bad behavior. The electronic drum bit just before the chorus is a little dated, though, and Noora gets a little buried in the huge orchestration of the bridge. But when that bridge slows, there’s a nice taunting in her voice as she sings, “It’s not an angel on your shoulder / Whispering in your ear / You hear the things you wanna hear / The wheel of darkness spins in the game / Where no one ever wins / Could this be how the end begins?”. This segment is done in a call-and-response with the choir and that’s an effective touch, as is the giddy but sinister circus-like keyboard part before the final chorus. 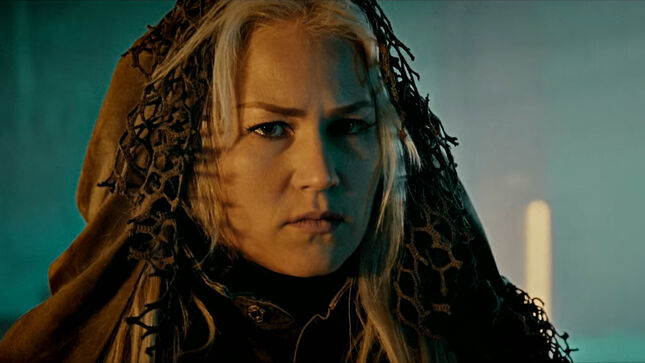 “Freedom” is a joy for many reasons, but most especially for the stirring opening guitar melody, paired with a wordless choir vocal and a solid groove. It returns before the second verse and at the end before the final chorus, and a slightly deconstructed version of it, powered by double-kick drumming, ends the song. It’s terrific. The verses are set to a galloping tempo, but then everything swings on a dime, like a horse being reined into a sweeping turn, to surge into the irresistible chorus. It makes reference to “battles raging on and on” and “Kingdom / It will fall and soon be mine”, so you can take it as a literal battle hymn, but it also hints at personal freedom as well. It’s one of those tracks that you enjoy for the sheer potency of its sound more than its message, and there’s nothing wrong with that.

Chimes in the chorus give the blazing “The Road To Avalon” a hint of the divine, which goes nicely with the theme when you think about it. This is a “being on the road” song with a lot of fine imagery, from the literal (“We drive through the mud / Breaking the rules of gravity / We ain’t brothers by blood / But the road makes us family”) to the really visual (“I’ve got ink on my skin / And fire in my soul”) to the poetic (“Divine symphony of the streets / Echoes in my heart”). The road is salvation (“you are my home”, that is you, the stage, the audience) and “Avalon” is the paradise of performing, the pinnacle of what they work towards. The breathless anticipation of the next gig is apparent in those prechorus lines: “Yesterdays will fade away / And tomorrows are yet asleep / I tame the road and seize the day / My shadow is too slow for me”. The bridge slows and opens, Noora’s voice gets airier and dreamier and contemplative, making for a nice moment of reflection before the final chorus.

Despite the foreboding feel of the title, “Armageddon” is upbeat and bright. And it succeeds because of Noora’s voice and her skilled interpretation of the lyrics – almost childlike in the beginning of each verse, growing in intensity as it leads into the chorus, and powering through that chorus with a great feel for dynamic and pacing and a growing optimism. It’s kind of about trying to hide inner pain (“I see the truth in your eyes, through the lies / Don’t you hide it behind a disguise and a fake smile”) and striving to escape it (“You’re mesmerized by the sights and the lights in the darkest of night”) and finally succeeding, the “Armageddon” being that final breaking free, the hitting bottom before the healing starts (the second verse hints at this). 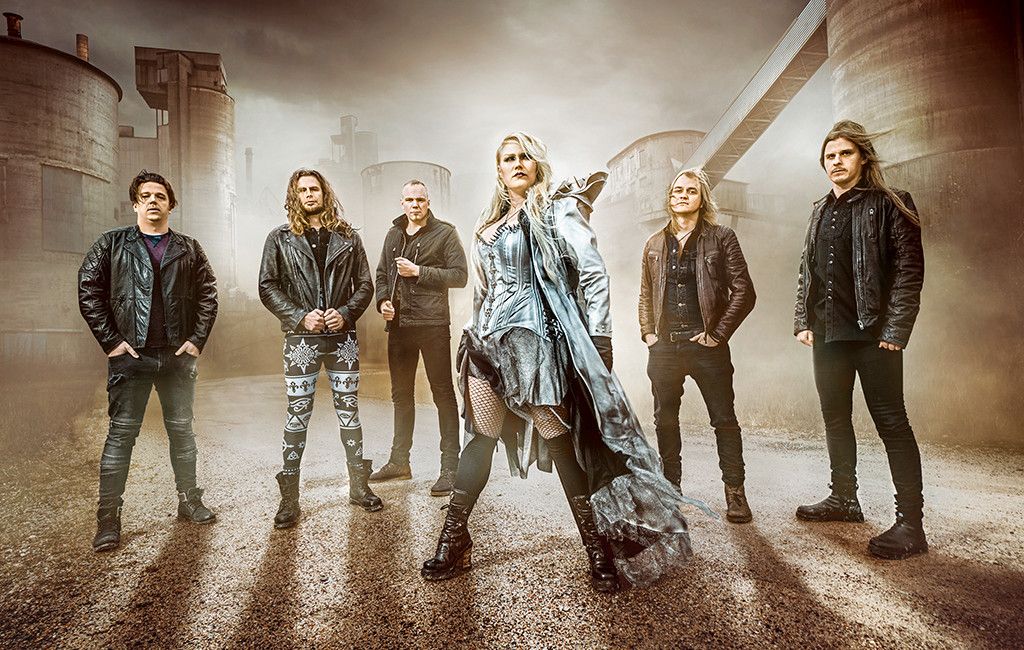 Rollicking and joyous with a pummeling double-kick underpinning throughout, “Place That We Call Home” is the album’s final anthem. A chug intensified by orchestration introduces the verses, where Noora is biting and insistent, urging self-reliance (“Go, turn your back to the cold, face the raging storm” and “Shake loose the shackles that bind, claim your destiny”). She shows the positive results of doing so in the chorus, where she is in full exhorting mode. The bio says it’s about “finding your place in the world” and that’s not just in a physical sense, but a mental and emotional one as well, using the metaphor of journeying to do so.

There’s no reinventing the wheel here – BATTLE BEAST has made its musical bed and is perfectly content to lie in it – but they cement their style and mission with authority on each album, “Circus Of Doom” included. We know what to expect from them and we get it each time, and it’s always worthwhile.