AVATARIUM – DEATH, WHERE IS YOUR STING 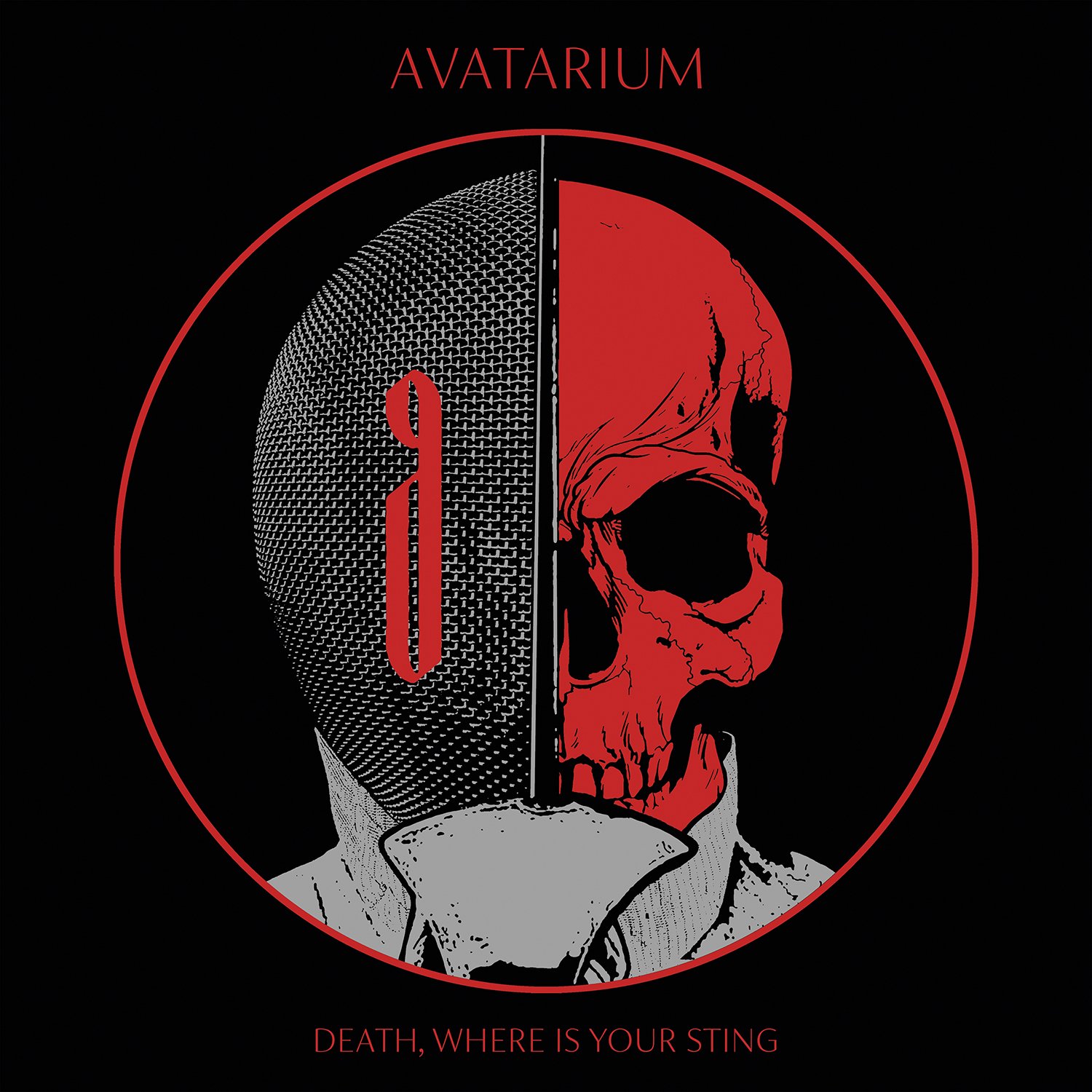 Drawing the title of their fifth album from Corinthians letters in the bible, Swedish doomsters AVATARIUM are making a statement. A reflection on the past couple of years, especially for those of us who felt that the presence of the reaper during the pandemic. AVATARIUM‘s first album without input from Leif Edling, “Death, Where Is Your Sting” marks the next chapter for the band from Stockholm.

Over the past decade the band has released four superb albums, the most recent being the heaviest of their collection, the feisty “The Fire I Long For” (2019). The first album without Edling now sees AVATARIUM branch out, adding more diversity in addition to their established doom sound with an album that is more expansive, more varied but just as impressive as before. Vocalist Jennie-Ann Smith has taken control of the lyrics for the first time, drawing from her time alongside Edling, known in the camp as ‘The Master of Doom’, and the result is impressive. 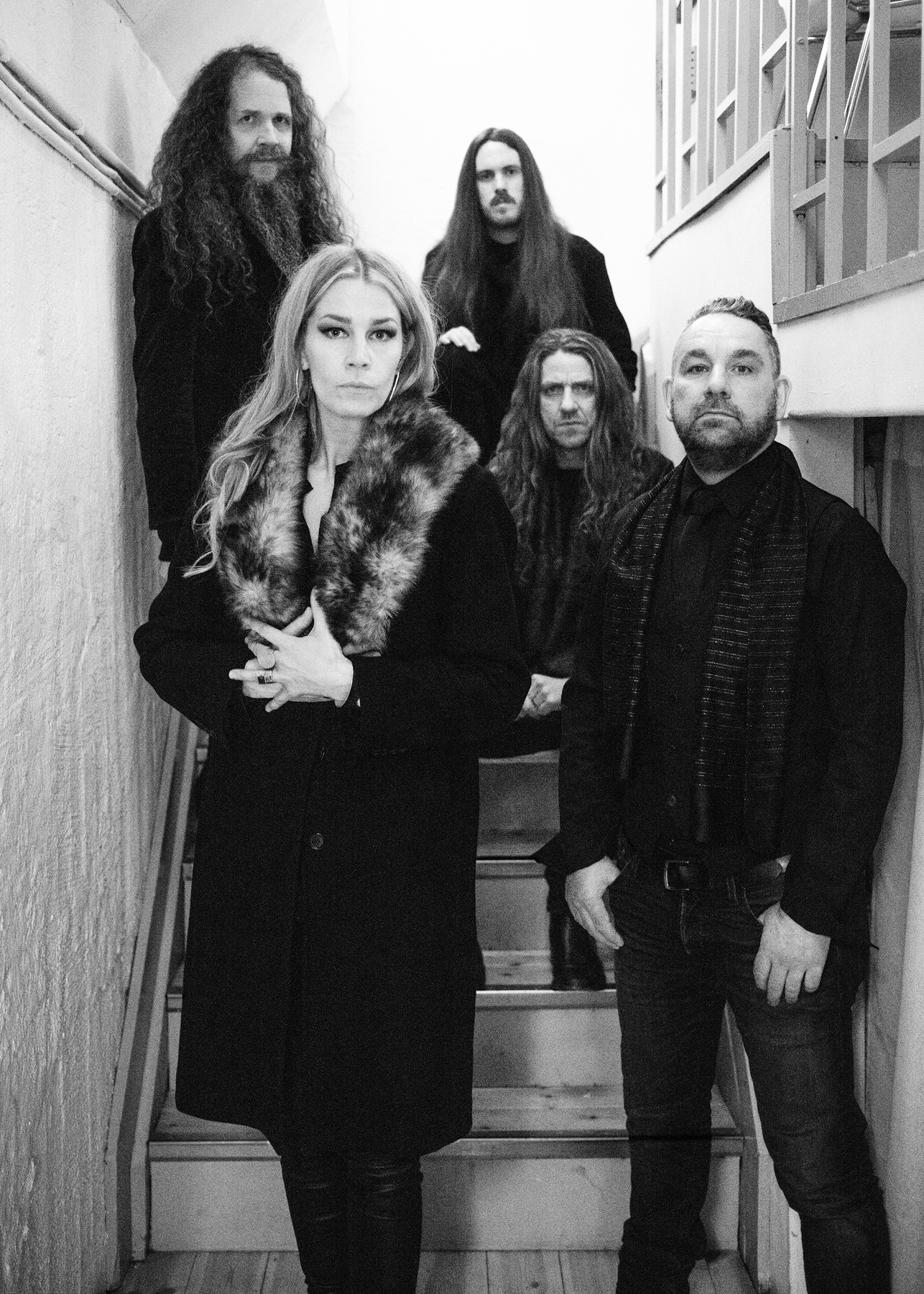 “There’s a red thread from our debut album dealing with all sorts of existential questions”, Jennie-Ann says of her lyrics. “That’s what doom is to me. I come from a different musical background, but when it comes to thinking about death, I’m a natural (laughs). AVATARIUM is a vehicle that soothes the seriousness and offers the sheer joy of music. There are all these layers on the new album ; it is intellectual, it is existential, there are serious topics of religion, philosophy and psychology, but you can still just enjoy the music and get lost in the riffs”.

Like so many albums that are being released this year, much of “Death, Where Is Your Sting” was written during the pandemic, with the break in the usual album-tour-album schedule providing the band with the luxury of refining the music and content. The break has proved beneficial, for this is an album that is a joy to unpack, with Smith’s poetic lyrics as delightful as ever, whilst guitarist Marcus Jidell has tempered the riffs in some parts and increased them in others.

That is not to say that the darkness of previous albums isn’t present on this release. The dramatic, atmospheric “A Love Like Ours” is a haunting opening song. Strings, guitar and bass combining as Smith’s poetic words spill out. There is tension, the song highly charged without needing to drag out huge riffs. It can be heavy in other ways. It is followed by a huge doom intro to “Stockholm”, a sprawling, semi-acoustic track that changes the direction of the band once more. It’s full of delicious melody, haunting strings and Smith’s descriptive lyrics remain laden with dark imagery. Jidell’s playing has always been sublime, but here he takes it to another level with some Blackmore-esque work. It’s a standout track on an album with not a duff song on it.

“Psalm For The Living” throws a bit of a curved ball into the mix. It’s got a religious overture to it, which I guess is in keeping with the title and the lyrics. It’s a gentle yet ominous track, and by far the most left of field variation on this album. It’s still an exquisite piece of work.

For those longing for some more straightforward doom riffing, then “Nocturne” should fill the need. A tremendous riff that powers the song forward, it’s a real headbanger of a track, with Smith bringing the chorus home in her own inimitable style. The lyrics are chilling, the combination of night and death sending shivers down the spine. AVATARIUM have really captured the feel and emotion here. There’s also more spectacular lead work as well as the combined talents of Andreas Habo Johansson (drums & percussion), Mats Rydström (bass) and Daniel Karlsson (keyboards). The most aggressive track on the album, it is a fine slab of hard rock which sits in the right place. This is followed by closing track “Transcedent”, which captures the feel of the whole album with the opening two minutes reminiscent of Led Zeppelin‘s “No Quarter”. It then shifts dramatically, bringing a colossal and incendiary conclusion that blends an eerie violin that soars above a cacophony of riffs before returning to a gentle acoustic finale.

“Death, Where Is Your Sting” is an album that improves on repeat listening. Ideally, a dark room, a roaring fire and a glass of your favourite tipple. You can then immerse yourself in an album that is incredible from start to finish. Album number five may just be the best yet.