AUTUMN’S GRIEF – DEAD BY THE DAWN 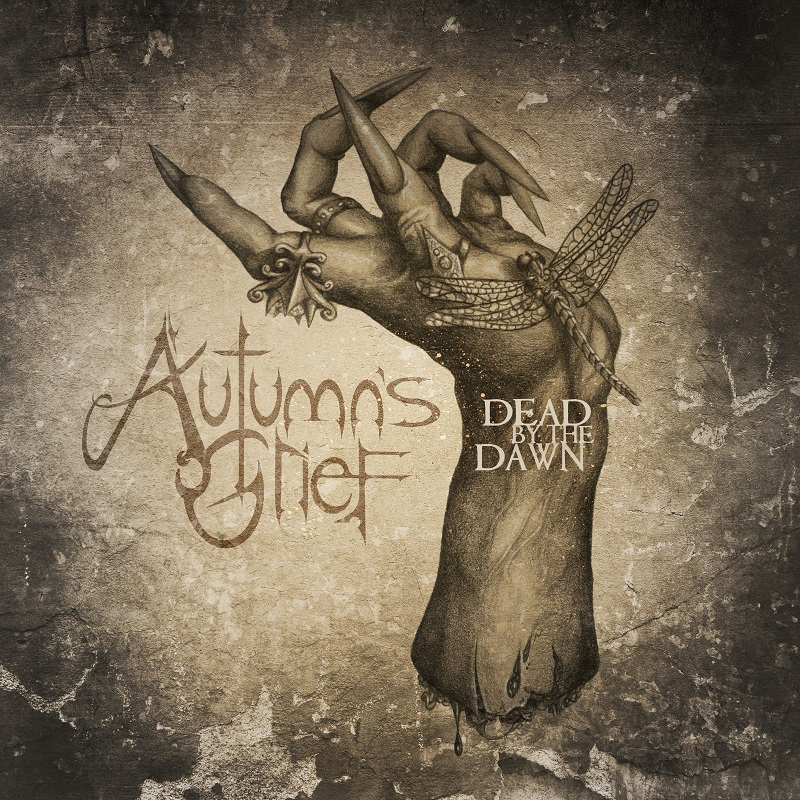 According to The Metal Archives, Finland’s AUTUMN’S GRIEF only formed in 2021, so to find that “Dead By The Dawn” is their second full-length release is something of a surprise. The band comprise Noora Virtanen on vocals, Santtu Rosén on guitar and bass and the keyboard skills of Ville Skön. One can only assume that the drums are programmed on this album but that does not detract from the overall delivery.

It is a polished affair, with opening track “The Tide” the ideal introduction to the rest of the album. The tempo changes on “The Sea Of Apathy“, already released as a single from the record in September, which combines more symphonic elements and allows Virtanen to embark on a passage of storytelling. Her style is understated, less focused on soaring operatics and more concentrated on enunciation and delivery. It works well and her performance throughout the release is high quality.

The symphonics start to come to life on “Hanging In Midair“, which begins with string sections and is a slower, more measured track. The intro is cinematic, as it gradually builds. Virtanen works in tandem with the orchestral elements and it provides a genuine change of pace. The tempo varies once more on “The Clearing“, which has a rapid-fire attack, albeit with staccato blasts interspersed with gentle parts. It is another crafted and constructed piece that provides a refreshing alternative to many of the band’s peers.

There is a vibrancy to the compositions here that really stand out. “The Dragonfly“ is one of the heavier tracks on the album, with some thundering riffs and a dynamic pace. “In The Presence Of The Sun“ is a haunting intermezzo which links “There Was A Light“, a beautifully crafted piece which combines intricate patterns with deliciously gentle harmonies. “They Talk To Me“ brings an electro vibe to the album, a track that has an industrial tint and yet another variation in style and performance. It is finished off with the title track, which is another uplifting composition and skilfully placed to bring this classy and well played release to an end.