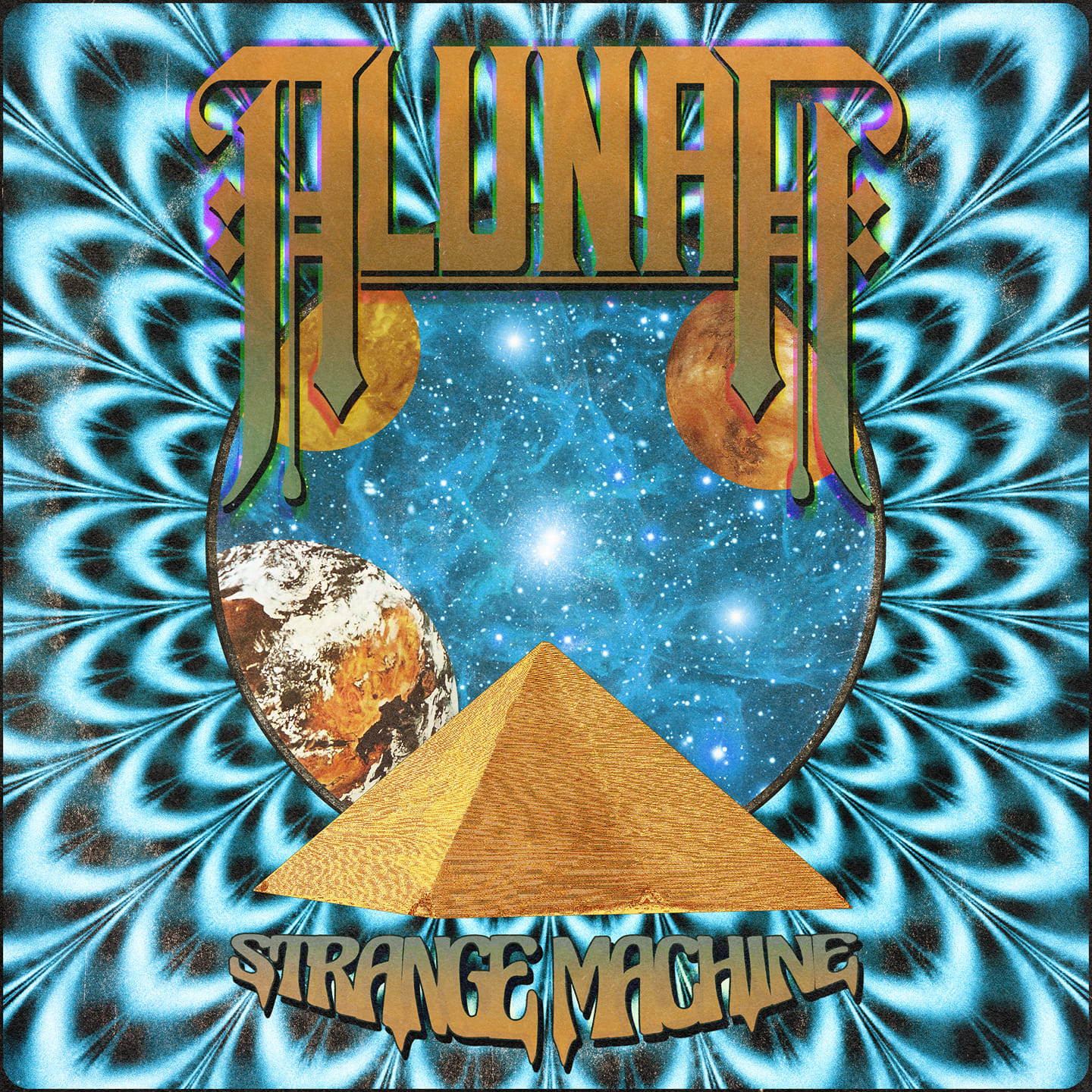 They have been in action in various guises since 2006, but in recent years Birmingham (UK) doom merchants ALUNAH have really increased their profile. The departure of Sophie Day in 2017 saw Siân Greenaway take over on vocals and it was her debut in 2019’s “Violet Hour” that brought the band higher acclaim and attention. They’ve played most major festivals across the UK and beyond including Desertfest, Damnation, Bloodstock and Hard Rock Hell Doom vs Stoner and are now in my view a band who are a must see at any event.

The pandemic may have slowed the band’s trajectory but the time to regroup, allowing a change in personnel with Matt Noble taking over from Dean Ashton on guitar in 2020, has provided ALUNAH with the creativity needed for album number six and their second for Heavy Psych Sounds. It’s always difficult to be objective about new music, but “Strange Machine” is a very strong piece of work and I’d be happy to offer it up as their most accomplished release to date. 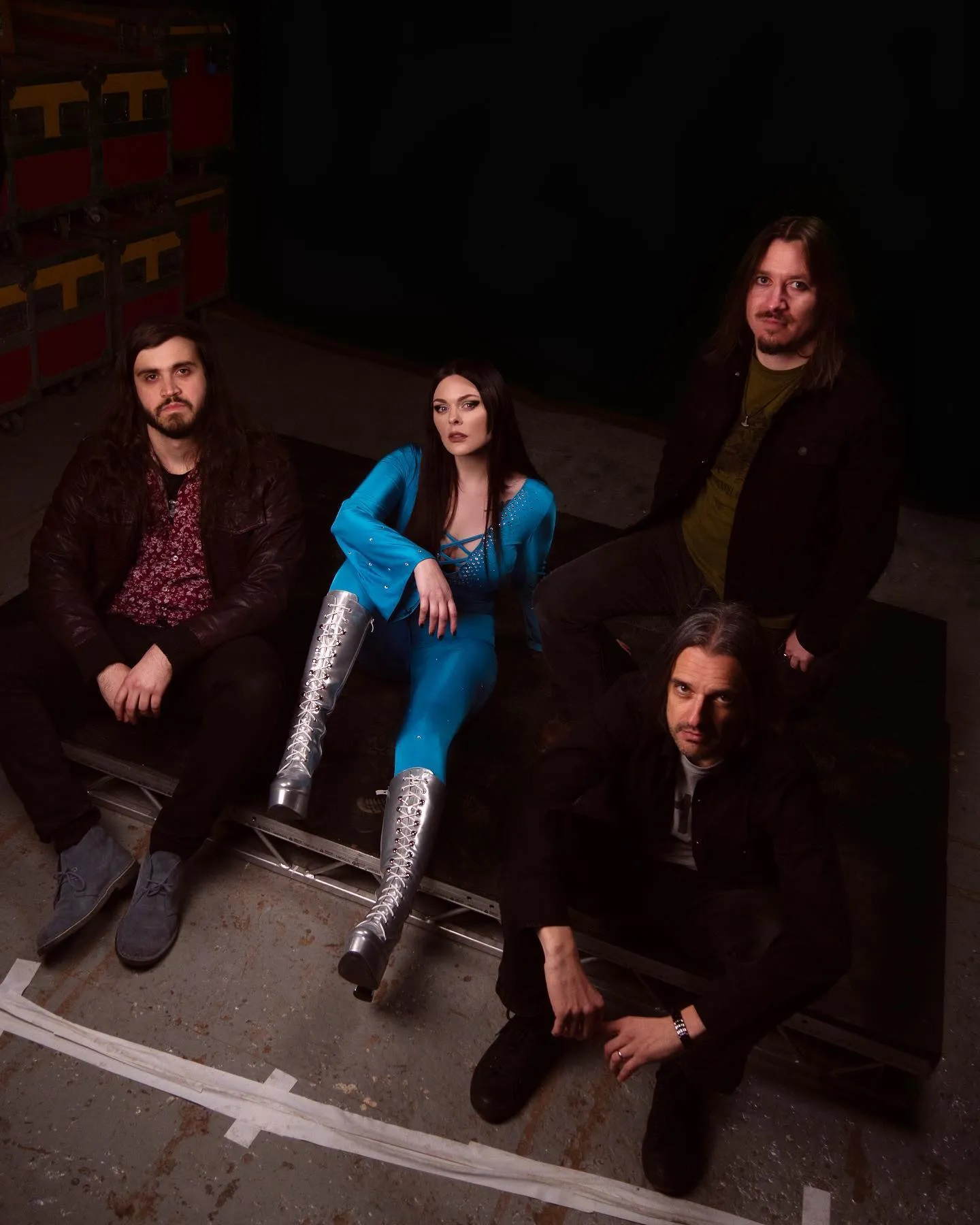 It’s the title track that gets the 42-minutes underway. Sci-fi mutterings and space sound effects, a catchy, infectious riff and you are drawn in without resistance. This is the way to start an album. “Strange Machine” is an anthem that will live long. Greenaway’s haunting vocals immediately hit the spot, the groove is delicious and the band is on fine form. The first five minutes bode well for the rest of the album even at this early stage.

“Strange Machine” is an album full of contrasts. The band retain their darkened doom roots throughout and they have added more darkness in parts to enhance their sound, but there are massive hooks, catchy choruses and riffs to cherish. “Over The Hills” has a deliciously smouldering vibe, Greenaway’s vocals soaring above a fantastic riff. Then there’s the bewitching melody of “Fade Into Fantasy” which entrances and captivates with its mesmerising movement.

Fans will have heard the uplifting tones of third single “Psychedelic Expressway”, a track so infectious that you’ll be asking the pharmacist for a cream to ease the itch. It’s got a bit of everything, a beautiful West Coast feel, bursts of flute which works magnificently alongside the acoustic mood of the track, with Greenaway’s singing performance stunning. ALUNAH follow that lighter song with a thick, riff heavy sound on “The Earth Spins”, which has gravity’s pull such is the weight. It’s unsurprising, given the guest guitars are lent by none other than Shane Wesley of CROWBAR, a man synonymous with the heavier end of the scale. Whilst the tempo may have slowed on “The Earth Spins”, the band pick it up with the vibrant “Silver”, a track sure to get the toe tapping and the head nodding.

The musicianship is first class throughout, Noble’s bluesy guitar works easy on the ear with delicate and intricate patterns complimenting the solid rhythm section of drummer Jake Mason and bassist Dan Burchmore. There is no filler on this release, with the final song “Dead Woman Walking” closing the release with a swagger and pomp that suggests that ALUNAH have really hit their full range. It’s an album that is likely to rank highly come the end of year polls and with even only a quarter of 2022 gone, it’s likely to remain on heavy rotation for months to come.