WHYZDOM – OF WONDERS AND WARS 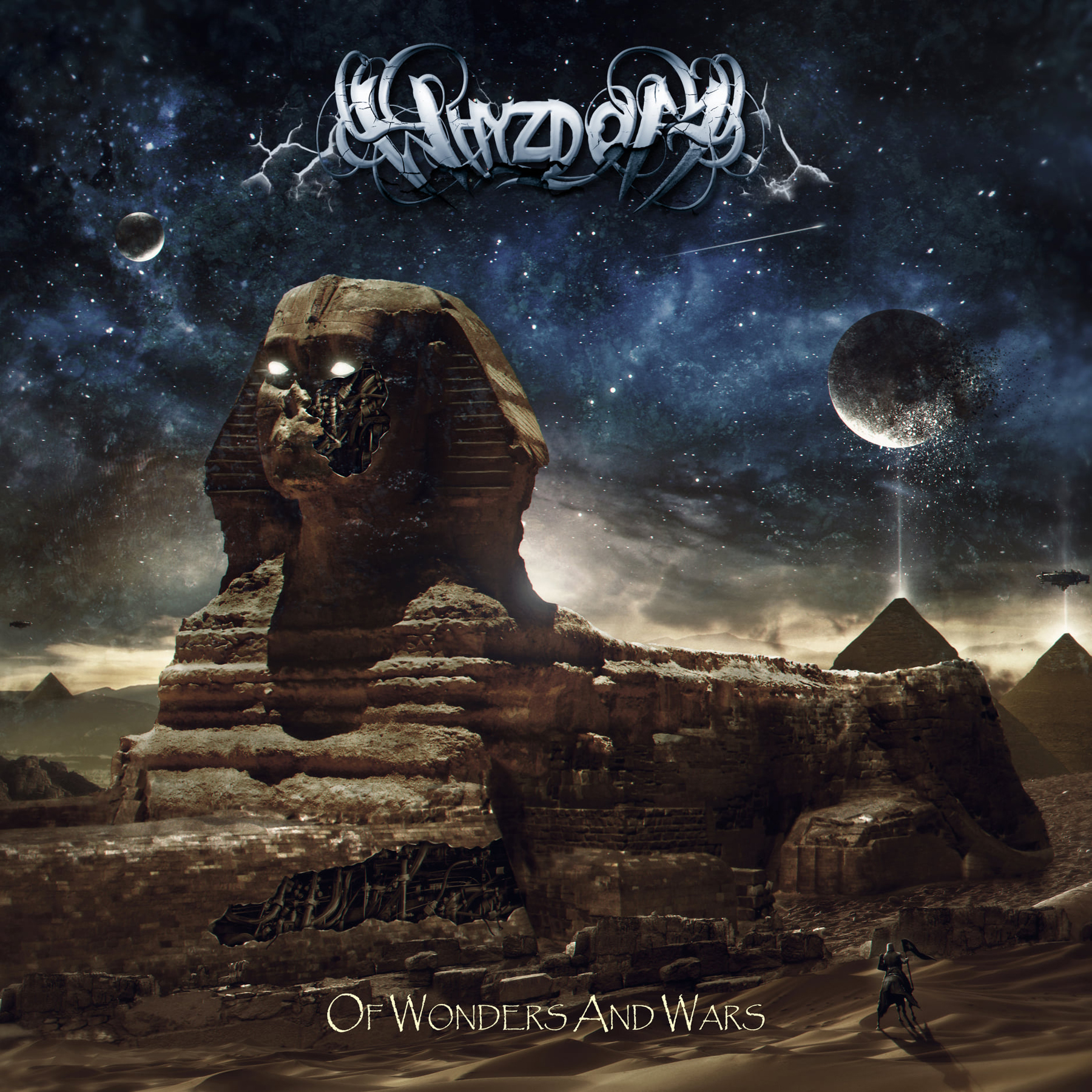 The theatrical symphonic metal band WHYZDOM doesn’t shy away from – to put it mildly – a bit of drama, ​​so for fans of the more famous drama queens like Tarja Turunen and Helena Iren Michaelsen (Imperia) I recommend “keep reading“. I also hope that, if you have any misconceived ideas about the first song (sung by Marie Mac Leod) immediately pulling out all of the stops, that doesn’t sound like the very best thing to do in this genre. You will definitely have to listen to the rest of the songs. And finally, I advise you – no – I recommend you to give “Of Wonders And Wars“, the fifth album of this French quartet, several listens.

This is a record that you typically have to listen to several times to really appreciate it. Ten songs – all phenomenally written, produced, mixed and mastered by guitarist and keyboarder Vynce Leff – that really give you an extraordinary variety of styles, orchestration, instrumentation and vocals. Hard to believe that this all flows from the pen of just one man (although it is fair to say that he did get some help from guitarist Régis Morin on a number of songs).

Opener “Wanderers And Dreamers” immediately takes off with fast drum parts and dramatic operatic vocals. The subdued piece that is played for a while forms the prelude to a narrative operatic song that, towards the end, forms a climax that you would rather expect at the end of this album. Some classical arrangements (Schubert) are incorporated and evidently the first resemblance to Turunens work is apparent here. There will be more to come, but certainly not bothersome. A solid guitar solo halfway through is characteristic of many songs on “Of Wonders And Wars“. The lyrics are narrative, interesting, thought provoking and certainly not cheerful, which obviously was not the intention. It is a journey through the past millennia, with a glimpse into the distant (dark) future. I would say: listen to this album without prejustice and I’m quite sure you will be rewarded in a big way! 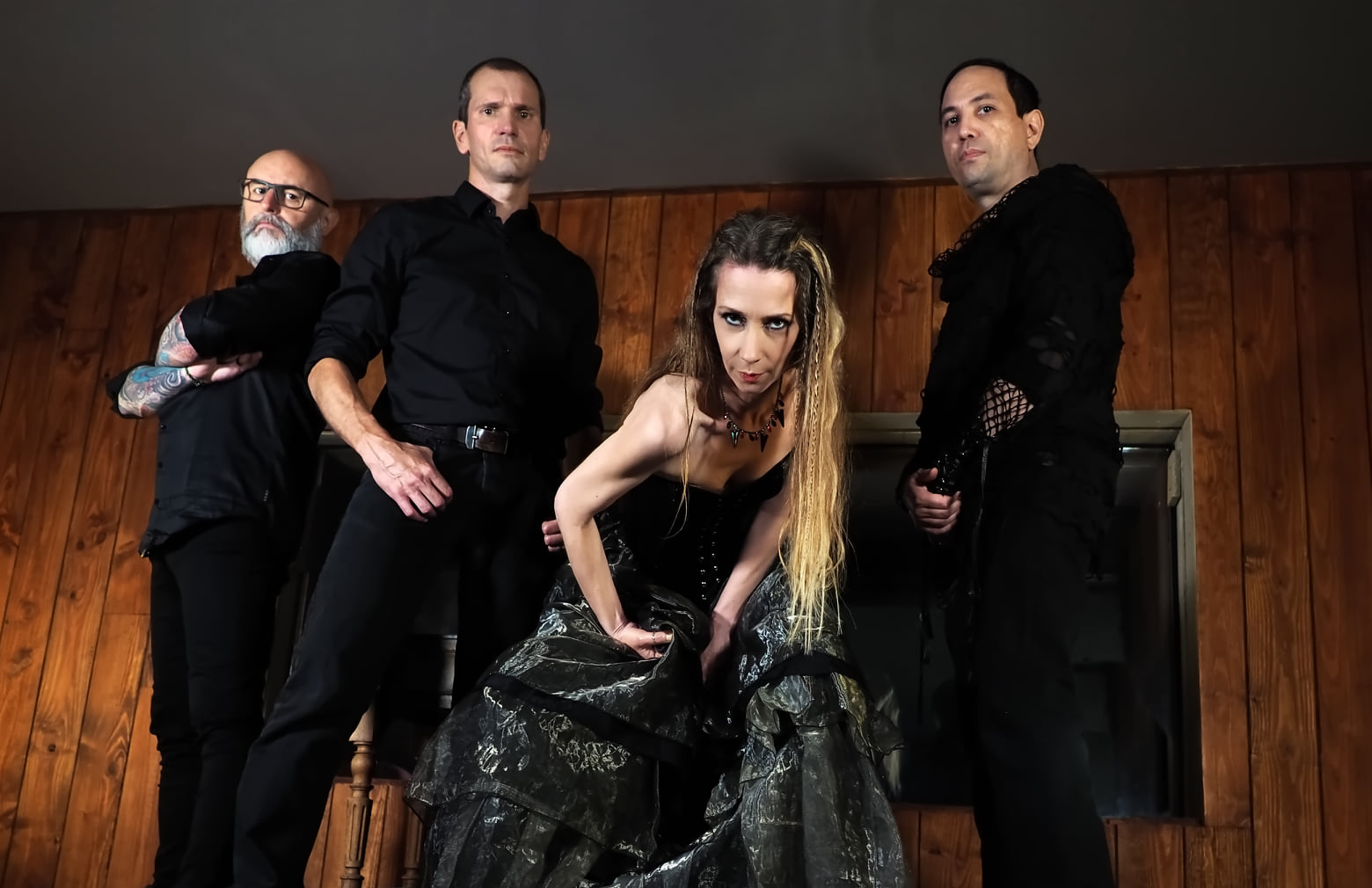 The next track, “Child Of Damnation”, starts with solid symphonic orchestration and harmony vocals like Epica has patented for example. I don’t say that because they imitate them, but to give an impression of what it sounds like. This up-tempo track also contains a number of flaming guitar riffs and the beautifully subdued intermezzo on three quarters before this song shows the variety that characterizes WHYZDOM‘s work. The signature Nightwish-orchestration at the end of this track only adds to the fun.

I don’t even have to wait for the later listens to enjoy the masterly, cinematic opening of “Stonehenge”. The transition into the harmony vocals also make this song a gem in the genre. The sequel of this song is performed in combination with clean vocals. It is characteristic of the enormous range of the frail French.

The longest track, “Ariadne”, also starts with a cinematic opening in combination with choral singing. I still think that’s one of the best aspects of this genre. Furthermore, this song consists of catchy melodies alternately interpreted by clean and opera vocals. Fans of the later work of Tarja Turunen will certainly appreciate this song. This song is also graced with a lot of heavy guitar work.

“Touch The Sky” starts subdued and becomes a power ballad. Not something you’ve never heard before, but of excellent quality and with a nice structure. It is the prelude to the shortest song of “Of Wanders And Wars“, but a highlight. “War” is an up-tempo song with rousing, powerful choral vocals that is very reminiscent of the old Nightwish, but more intense. Speaking of heavy: in the next “Metropolis Lights” the really heavy orchestration is combined with a catchy pop-like chorus, which will please fans of, for example, Delain. Turns out well ; the guitar solo a bit less.

And then we come to “Pyramids”: as a history freak I was immediately intrigued by the title and after the short, but cinematic opening I hear heavy orchestration and in between some unusual gadgets from the quite powerful, classical orchestra. Then clean vocals transitioning into dark operatic narrative vocals like Turunen did in the early days of Nightwish and then… then the inevitable guitar solo transitions into harmony and choral singing of a quality I’ve rarely heard (and I’ve heard a lot of them, I can assure you). This is really enjoyable!

Like many tracks on “Of Wanders And Wars“, “The Final Collapse” is worth a listen for the lyrics alone. It starts subdued and then turns into another great bombastic orchestration. There Mac Load‘s vocals get rockier and more dramatic. Great variety.

Closer “Notre Dame” starts ominously with nice drums by Nicolas Chaumeaux – which we certainly shouldn’t miss out on – and a very deep bow to the old Nightwish. The chorus and the fabulous choral singing reflect the drama of the fatal fire a few years ago. Go see that clip!

To come back to the lyrics: “The Final Collapse” contains a magical piece of text that fits perfect in the zeitgeist: if you want everything to stay the same, everything will have to change:

All the winds of the Earth are howling in your ears
Destroying all you built
As easily as castles of sand
And the walls you erected around your life
Will fall and leave you down, with nowhere to run, nowhere to hide
When the final collapse of mankind begins in the night

You ignored the warnings of your scientists
Prayed to your gods and their ministers
You ignored the implacable truth:
Exponential growth’s the cancer of the Earth