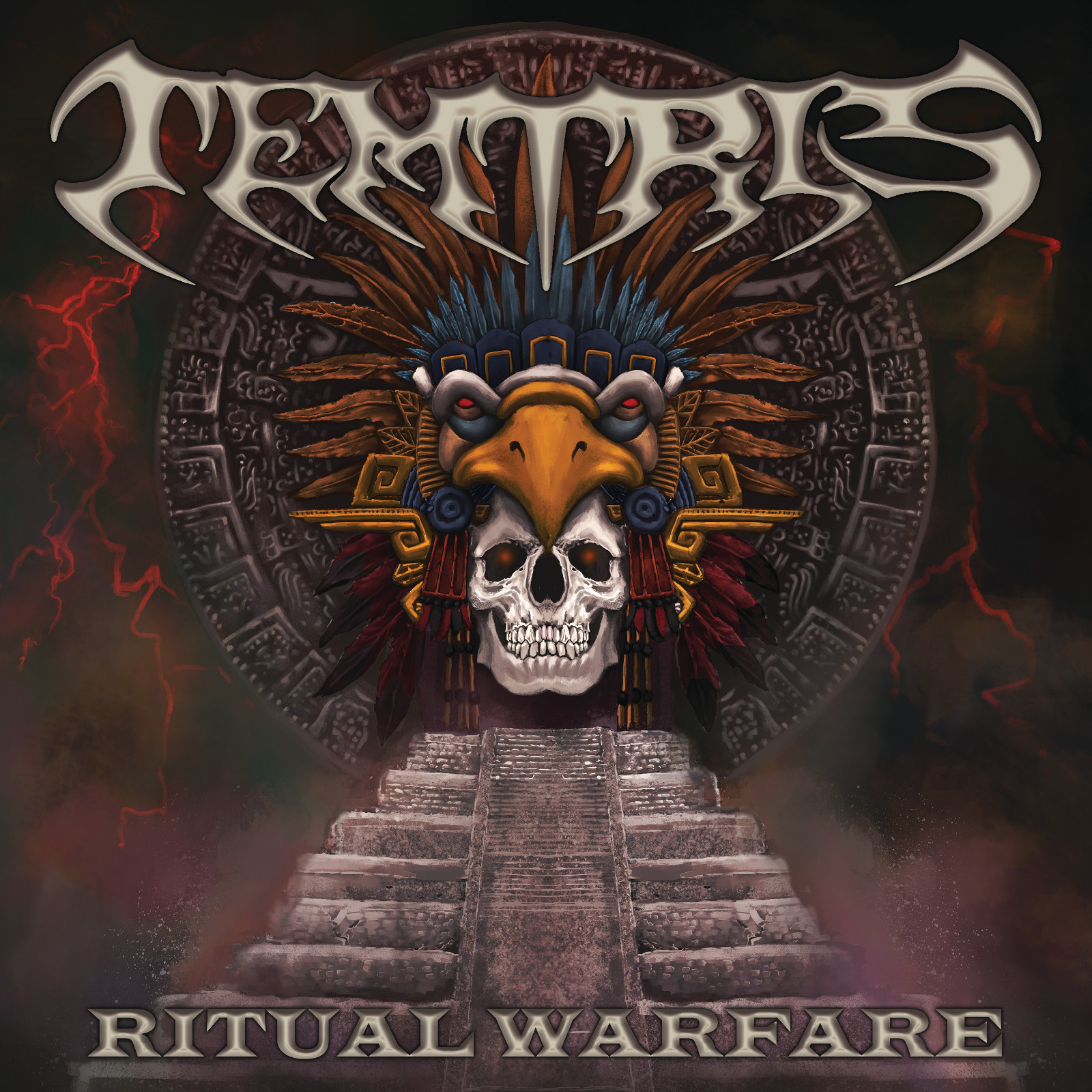 For over twenty years, TEMTRIS has blown the world of heavy metal apart with its brutally blistering banquet of sound. Hailing from Sydney, Australia, the thumping-anvil heavy quintet are twice as deadly as the arachnids and snakes of their homeland combined, with venom coursing in their music that boils your ear drums upon contact. They’re savage, they’re bestial, their sonics are skull-crushing and bone-breaking… TEMTRIS is EVERYTHING you want in your metal!

The latest album, “Ritual Warfare“, is TEMTRIS’ sixth full-length release and is testament to years of growth and musical maturity. Craftsmanship like this cannot merely be placed in a genre tick-box, with restrictive parameters placed upon them ; no, TEMTRIS’ prowess is limitless, and boundaries are non-existent. So much is TEMTRIS’ diversity and expertise in sound, that they have played with bands such as Loudness, Ensiferum, Girlschool, Tank, Raven, Metal Church, Marty Friedman and Stryper’s co-founder, lead guitar player and frontman Michael Sweet. Yes, TEMTRIS really is THAT good ; these menacingly magical musicians know how to bust a nut and are a force to be reckoned with! From shades of thrash, fistfuls of power, to sounds also reminiscent of traditional heavy metal, TEMTRIS serve up nothing short of face-melting ferocity in eight mind-blowing tracks in their best record yet. Now, brace yourself for the brilliance of the beast that is “Ritual Warfare“. 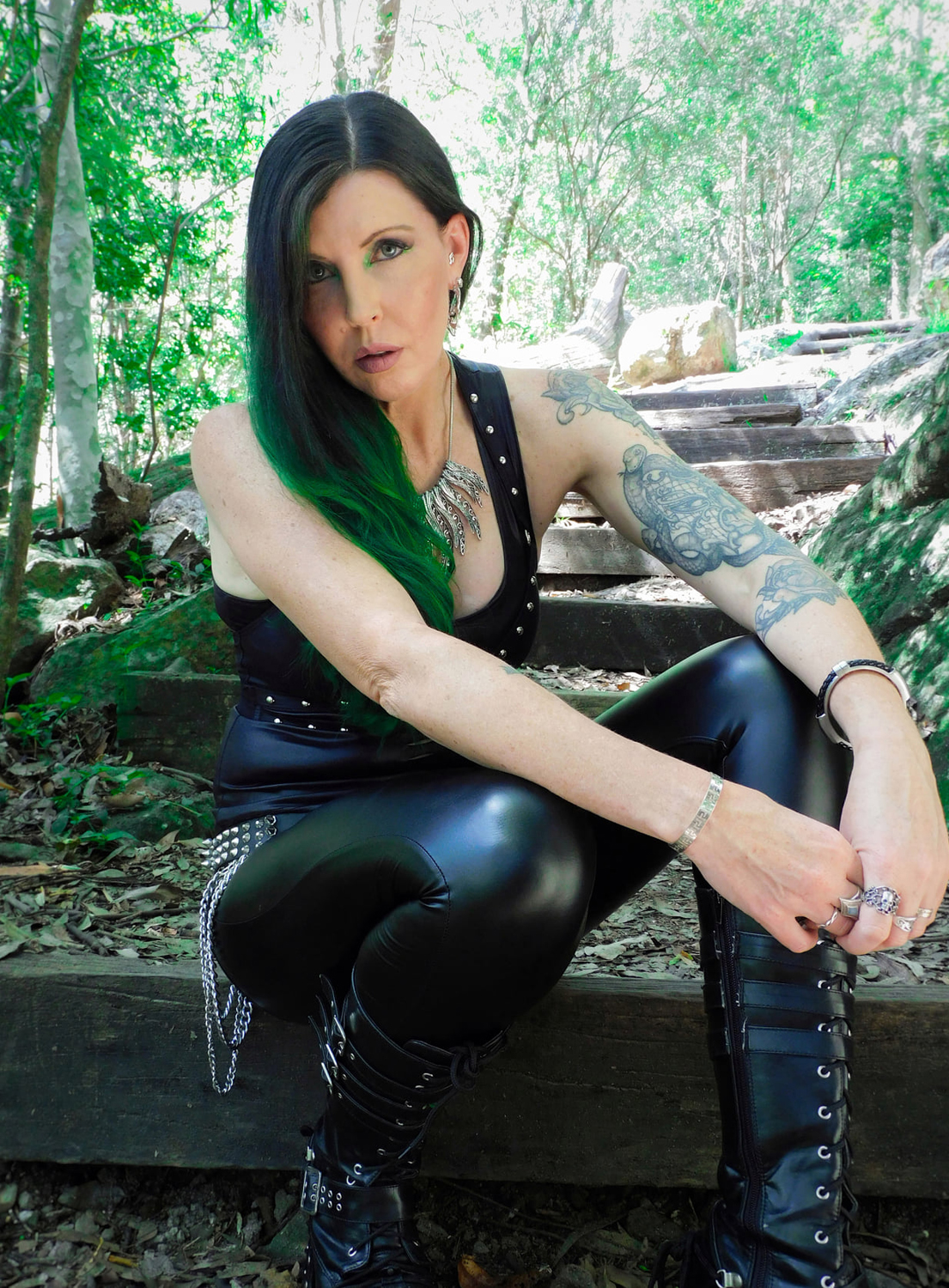 From the moment the marching drum beat drives through in “Race To The End“ and the warlike chords kick in, you know that TEMTRIS has a battalion-like strength about their execution. Pure bullets of brutality spray from masterful guitar solos, and powerful guitar harmonies to boot, and aggressive atmospheric brilliance hails down like a sea of arrows shooting through the sky. Genevieve’s deliberately breathless vocals in this track add to the urgent thematic and work brilliantly. It’s this atmospheric brilliance that emanates a powerful brooding air about TEMTRIS. “One For All“ demonstrates this perfectly, transpiring as a boisterous track, with marching feet and a fantastic bass line in the intro, complementing the rousing lyrics. In fact, Genevieve’s vocals really come into their own from here on in, projecting a commanding and dominant tone. It’s like listening to an angel ; a formidable angel, in the driving seat of a tank, who’d think nothing of rolling right over you and crushing you into a million good-for-nothing pieces. This dazzling woman is POWERFUL as hell in her delivery!

TEMTRIS display their metaphorical razor-sharp teeth, slicing through you with the cutting sound of “Seven Sins Of Man“, with stifling heaviness in their fast-paced approach to original sin. And then comes the teasing lilt of dual guitar harmony in “Forever“, lulling you into a false sense of security thinking that maybe, just maybe, TEMTRIS want to take things down a notch… not a chance! After initial slowed tempo, the track bursts at the seams with boundless energy and epic double-bass drumming aplenty, every aspect positively brimming with addictive anthemic tones, especially growled guttural male backing vocals. 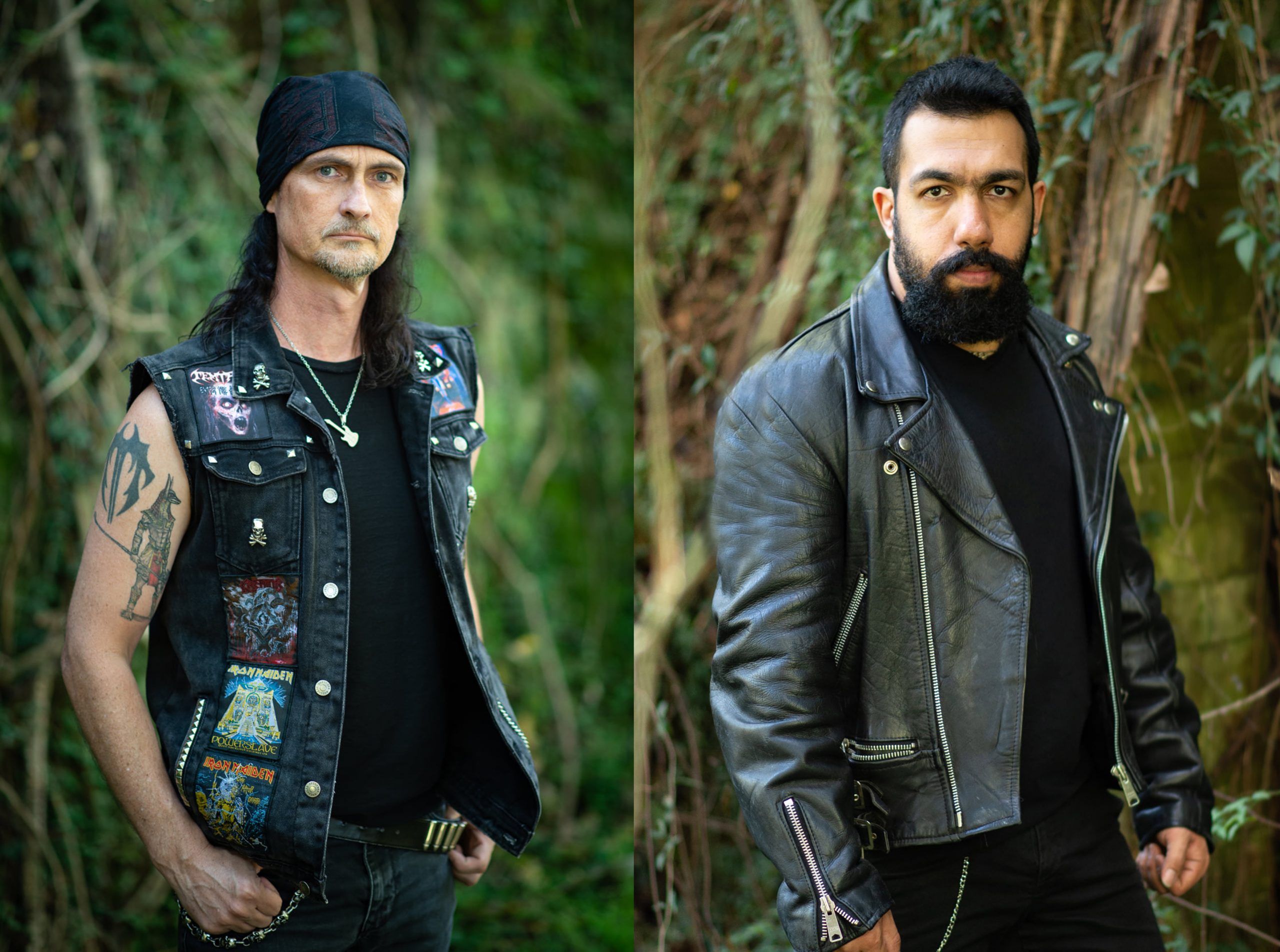 Now, take a deep breath in… a good, sharp inhalation at that, because you’ll need it for the magnificence of title-track “Ritual Warfare“… don’t say I didn’t warn you! Sombre tones of melancholic bells ring in the intro, setting an ominous scene for what feels like impending doom. A whirr of guitars build-up with a penetrating bass line and then BAM! Genevieve hits you, like a brick in the face, holding the most inhumanly long note. The vocal delivery, throughout the track, encompasses every piece of impassioned rage you could want, galvanising everything into action and complements the abundance of glorious guitar work. A beautiful soft piano piece completes the composition perfectly, taming all the energy and rage, washing a sense of calm over the listener, softening the moment with real finesse. Personally, “Ritual Warfare“ is my highlight of the album and displays every facet of TEMTRIS’ virtuosity; it’s an absolutely stunning piece.

TEMTRIS‘ sonics are ablaze with fury and their ability to convey anger and aggression is so expertly delivered, as seen in “Tempus Aeternum“. The bass line is overt, as is the case throughout most of “Ritual Warfare“, and really doesn’t shy away at all, pumping through with belting rage. “Erased“ also offers that same electrifying hostility through high-energy, with double-bass drumming that bursts out, charged guitars and vigorous vocals. The flaming finale comes in the form of “Always United“, an arousing call to arms piece, packed with inspiring strength, and instrumentally alight from the start ; a blinding track to finish a scorching album. 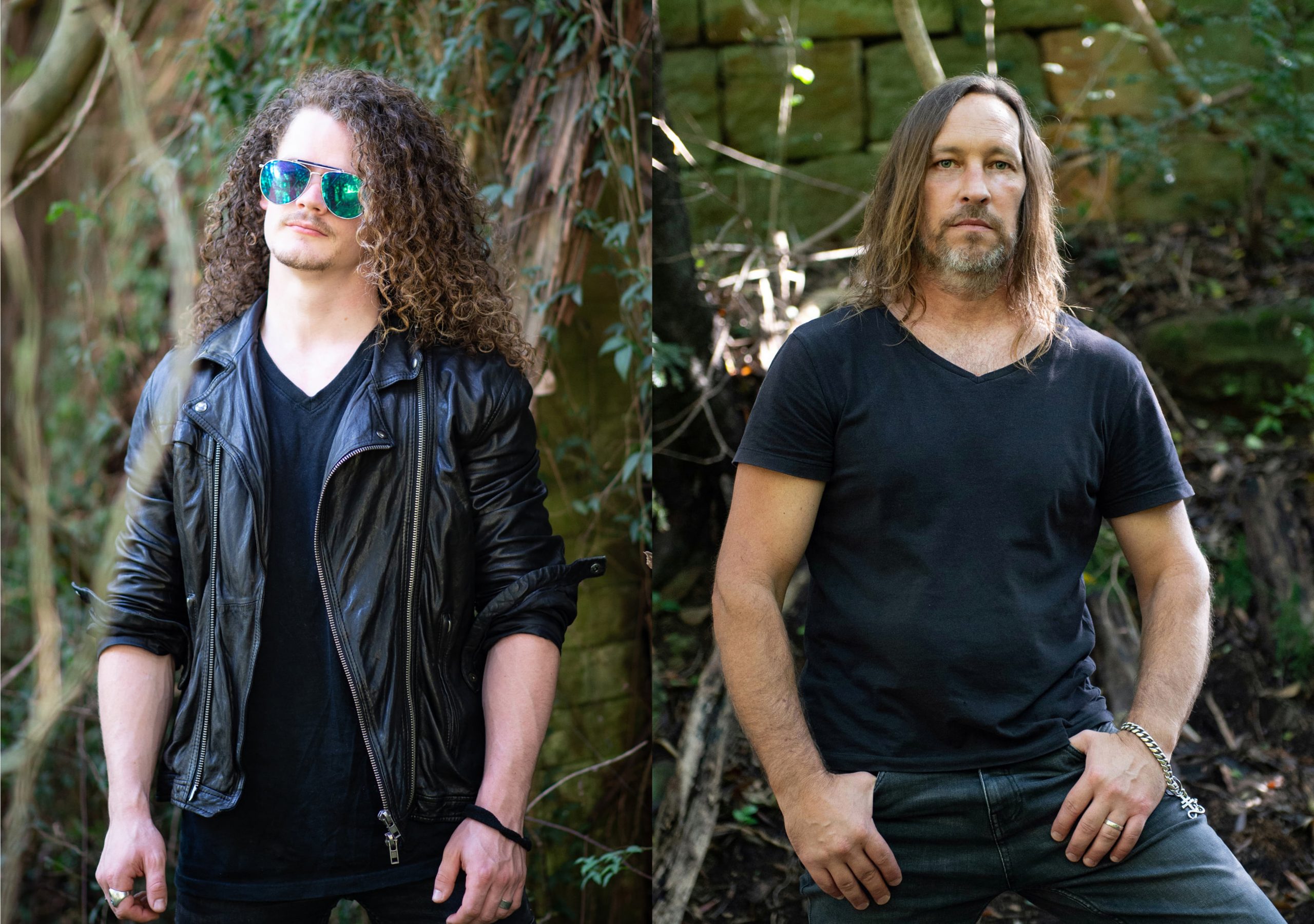 With the strapping instrumental expertise, the thunderous vocals of Genevieve, sheer power in all forms, you could fittingly say that TEMTRIS is packed full of their own musical ammunition and is a living metal war machine. Everything on “Ritual Warfare“ is fiercely melodic and utter perfection, executing eight strapping tracks with plenty of meat to the bone. How TEMTRIS wasn’’t on my radar much sooner, I don’t know, but rest assured, I’m down with their sound and jumping on the TEMTRIS bandwagon ; you’ll probably be joining me once you’ve listened to “Ritual Warfare“. See you there!