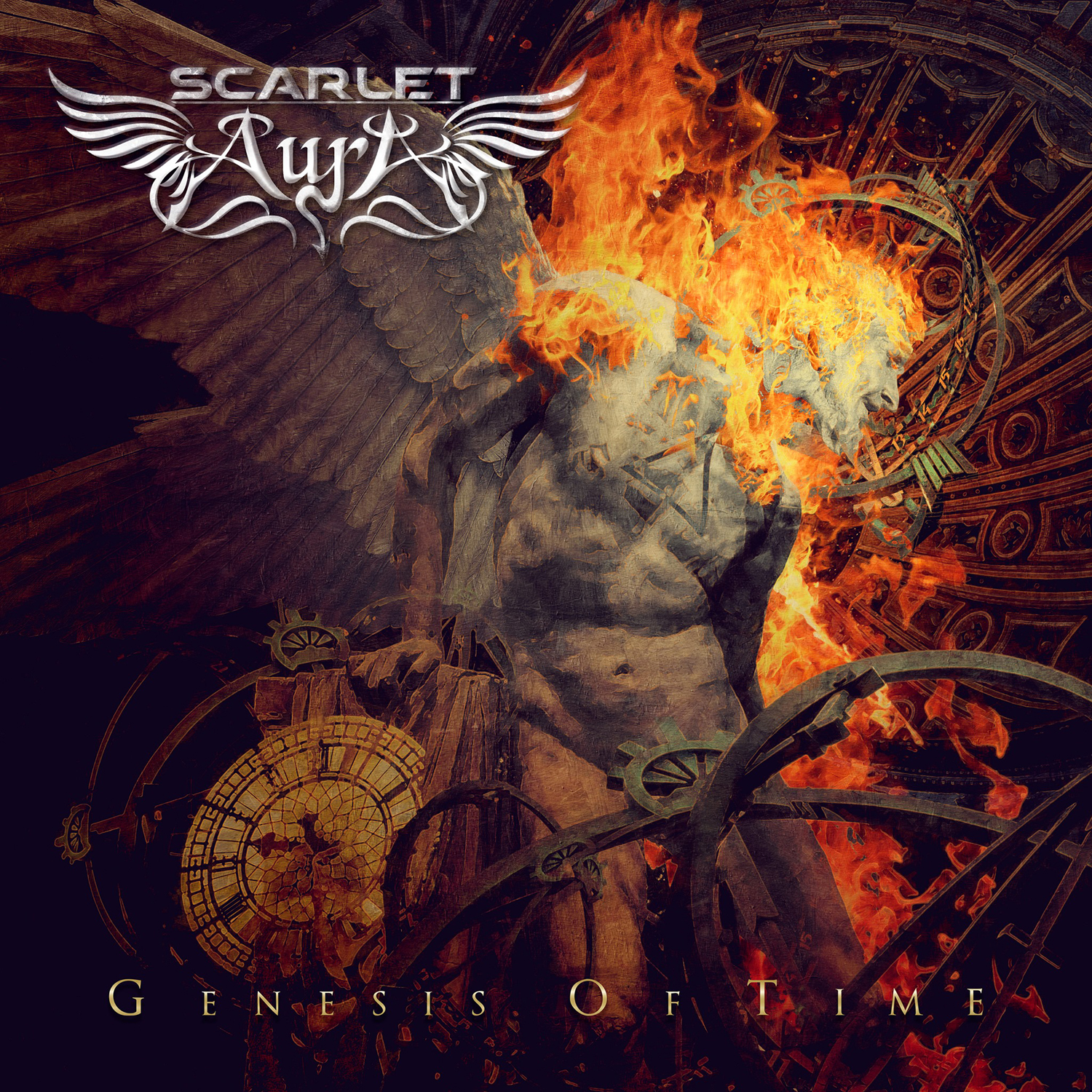 Hailing from a land saturated in abundant beauty and drenched in mesmerising vampiric folklore, Romanian quartet SCARLET AURA are as bewitching as their homeland with their intoxicating tones and mysterious musical force. Commanding an extraordinary flair for merging thunderous, traditional heavy metal with the driving forces of melodic power, SCARLET AURA present their third, and final, instalment of the “Book Of Scarlet” trilogy in their latest release, “Genesis Of Time”. The mighty quartet burst at the seams in the new full-length with a swell of the inebriating hard and heady flavours of yesteryear, injected with a glut of contemporary freshness and pure power spirit that creates an insatiable thirst for more.

From the off, “Genesis Of Time” opens with old school heavy metal timbres in “The Book Of Scarlet”, bursting with the sort of melodic riffs that Maiden would salivate over. The ravishing infusion of bygone heavy metal and the ferocity of melodic power make for SCARLET AURA‘s own signature blend a clear amalgamation from heady influences of Accept through to Helloween, perfectly showcased in “Raw Power”. The potent Doro-esque shades of Aura Danciulescu’s vocals charge through with a captivating, dominating quality, projected with rugged rawness, yet plenty of precision to boot. 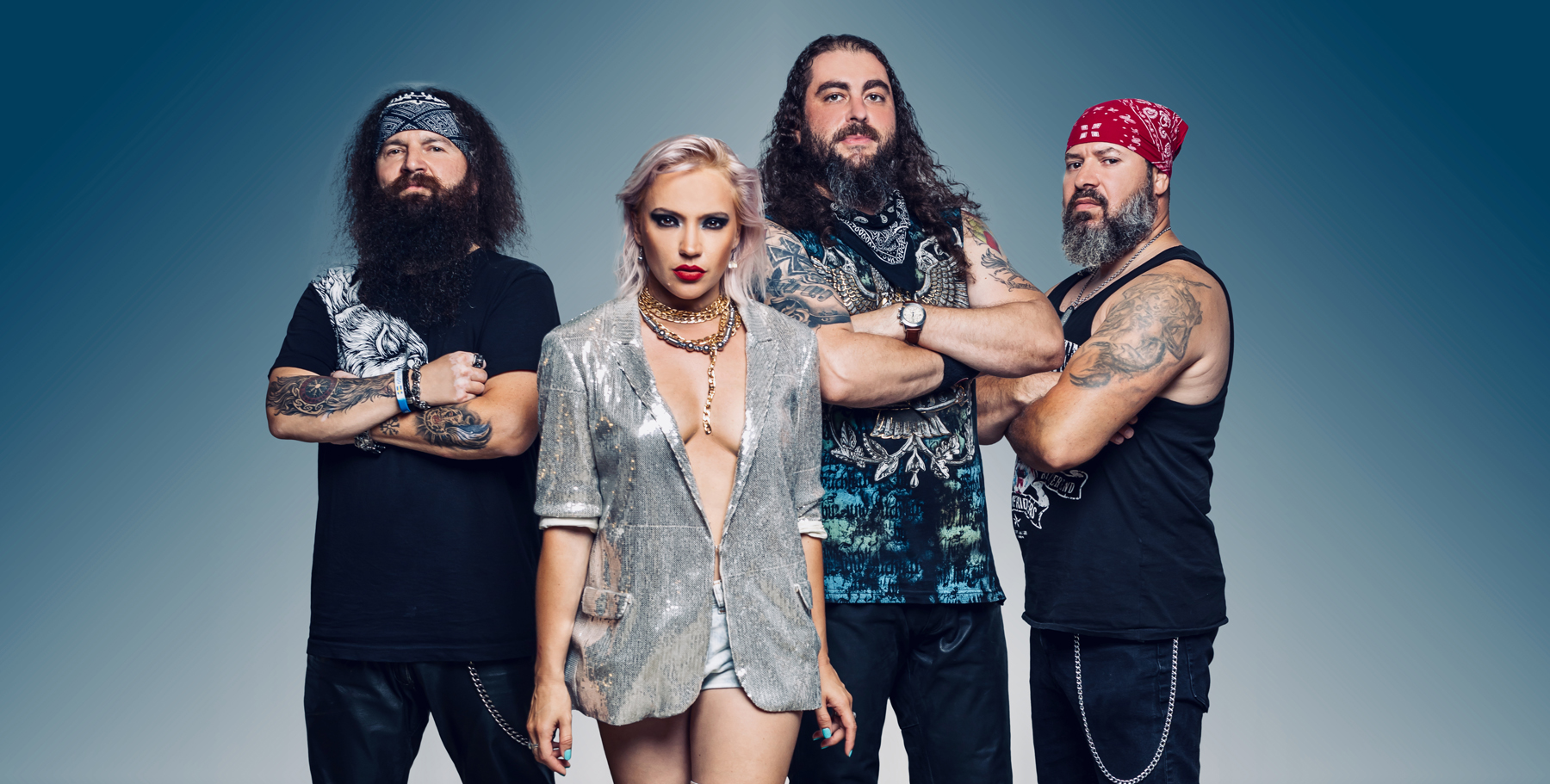 Driven by their insatiable appetite for hot and heavy riffs and blistering solos, SCARLET AURA impress with their stifling sonics in “Dark Lighting”, “Utopia” and “Frostbite”, cuts laced with a Priest-meets-Virgin Steele quality to them, crammed with melodic moments and vocal hooks that grab you from the get-go, with Aura’s fierce husky tone completing the electrifying mix perfectly. Each of these tracks could easily hail from a catalogue of any of the heavy metal beasts of back-in-the-day, dare I say, there’s even a Warlock appeal, and this doesn’t just stem from Aura’s uncanny Doro-like vocal output.

Listening to “Genesis Of Time”, there’s an intoxicating nostalgia that soothes, as much as it flays from each of the tracks as you’re transported to the glory days of heavy metal. “The Black Roses” bridges the full-length perfectly, striking with its dramatic intro and penetrating with a beauteous booty of melodic riffs, bursting with effortless synched-guitars and cliché key-change 80’s flavours towards the end. Contrastingly, “Right Place, Wrong Time” offers a slightly more subdued, yet lasciviously delicious output, with particular note for the sultry guitar solo midway to cleanse the palette nicely. 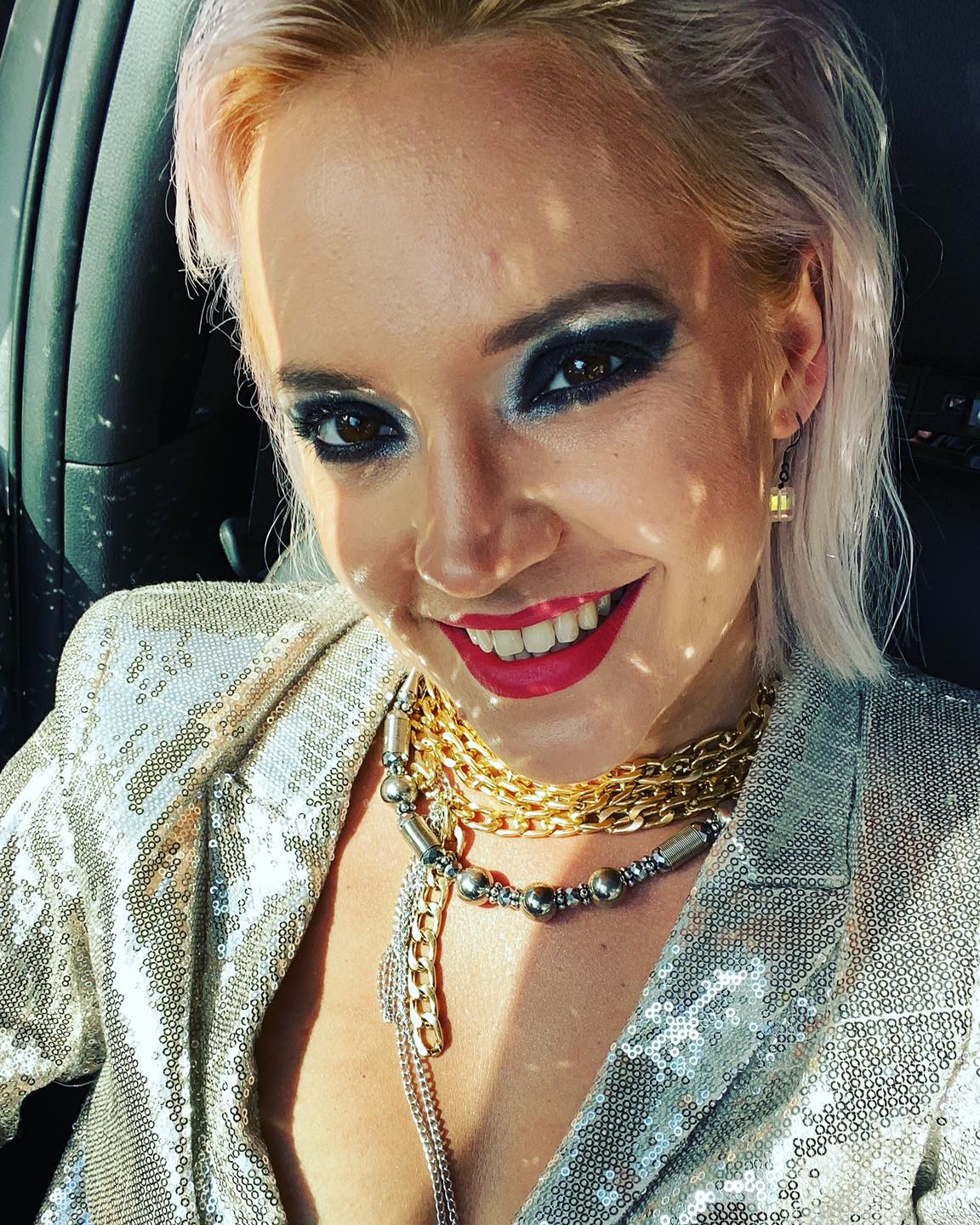 Don’t be fooled by the hard rock meets the softer side of heavy metal subtlety of “Genesis Of Time” ; SCARLET AURA takes us on quite the introspective journey, delicately weaving powerful messages within the cuts, yet keep it boisterous and captivating. The latter part of the album takes it up several notches, with “Humans Obsolete” moving to heavier landscapes, double-kick drums pounding and a much deeper bass line penetrating. And then there’s the rambunctious and thunderous “In The Line Of Fire” that follows suit, going full-throttle with raging riffs and double-kick drums at lightning speed, pulling round a very tasty power metal feeling. And if you’re looking for something with a lot of meat to the bone and pure “war goddess” power, “Wings Of Light” brings plenty of fist-pump inducing moments, Aura morphing into bodacious Boudicca level prowess, having you eating from the palm of her hand with her sensationally soaring vocal projection, effortlessly combined with beastly riffs and demonic drums ; a definite highlight of “Genesis Of Time” and a track where SCARLET AURA showcase their collaborative artillery perfectly.

“Genesis Of Time” is a bounty of remarkable and nostalgic offerings, delivering impressive formulaic genius of days gone by, with a masterstroke of SCARLET AURA’s magic touch, all wrapped up in grace, power and certitude. Aura’s vocals are simultaneously scorching and charming, with both range and tone that mesmerise and enthral, complementing skilled musicianship and unmistakeable synergy, all in a fresh, easy-listening full-length that packs a punch.