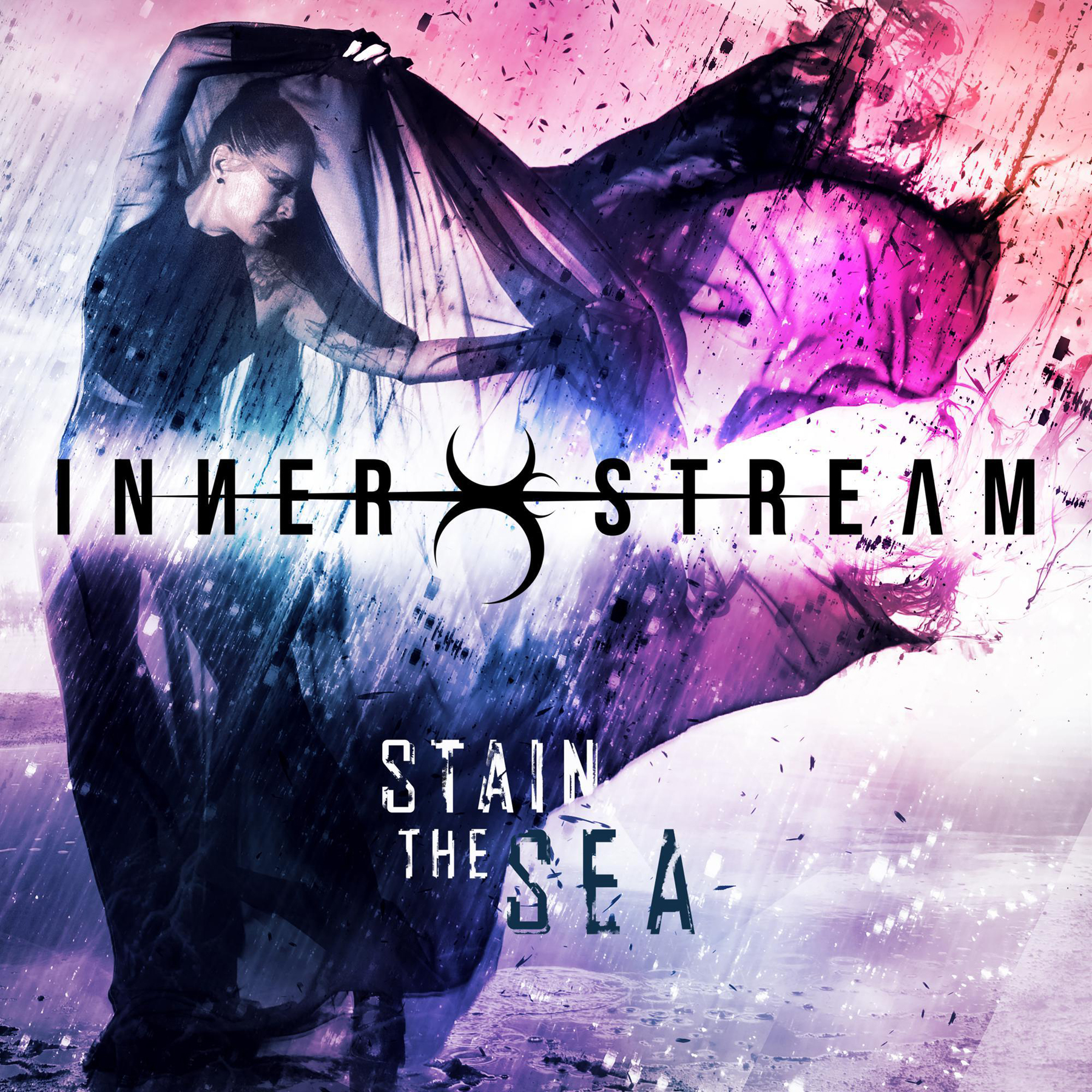 Initially a project formed between Inés Vera Ortiz and her brother in Buenos Aires, Argentina, melodic metal outfit INNER STREAM started its intriguing journey back in 2008. The beginnings of the band saw a goth metal style three-track demo being recorded, with Inés also showcasing her mesmerising vocals in local power metal bands and then, ultimately, continuing her path composing music on her own. Determined to indulge her passion for music and forge a career in the metal world, Inés continued to work on other projects for both Argentinian and international bands, until teaming up with talented keyboard player and producer Guillermo De Medio (Tarja Turunen, Full Nothing, Barilari) in 2017. From there, Inés and Guillermo channelled their thoughts, ideas and inspiration into rejuvenating Inés’ songs, injecting all their passion and soul to bring INNER STREAM to life.

Now, in 2021, INNER STREAM conveys all shades of the sonic spectrum and revivify a concept with pure and humble beginnings, into quite the graceful masterpiece. Blending elements of different sub-genres and styles, such as symphonic metal, electronic and goth – amongst others – INNER STREAM push musical boundaries in their full-length “Stain The Sea”, delivering a sumptuous collection of eleven impassioned tracks. Each song offers its own introspective and emotive dimension, gracefully expressing emotional moments through rich varieties of climates and textures, heavy riffs and powerful melodies. 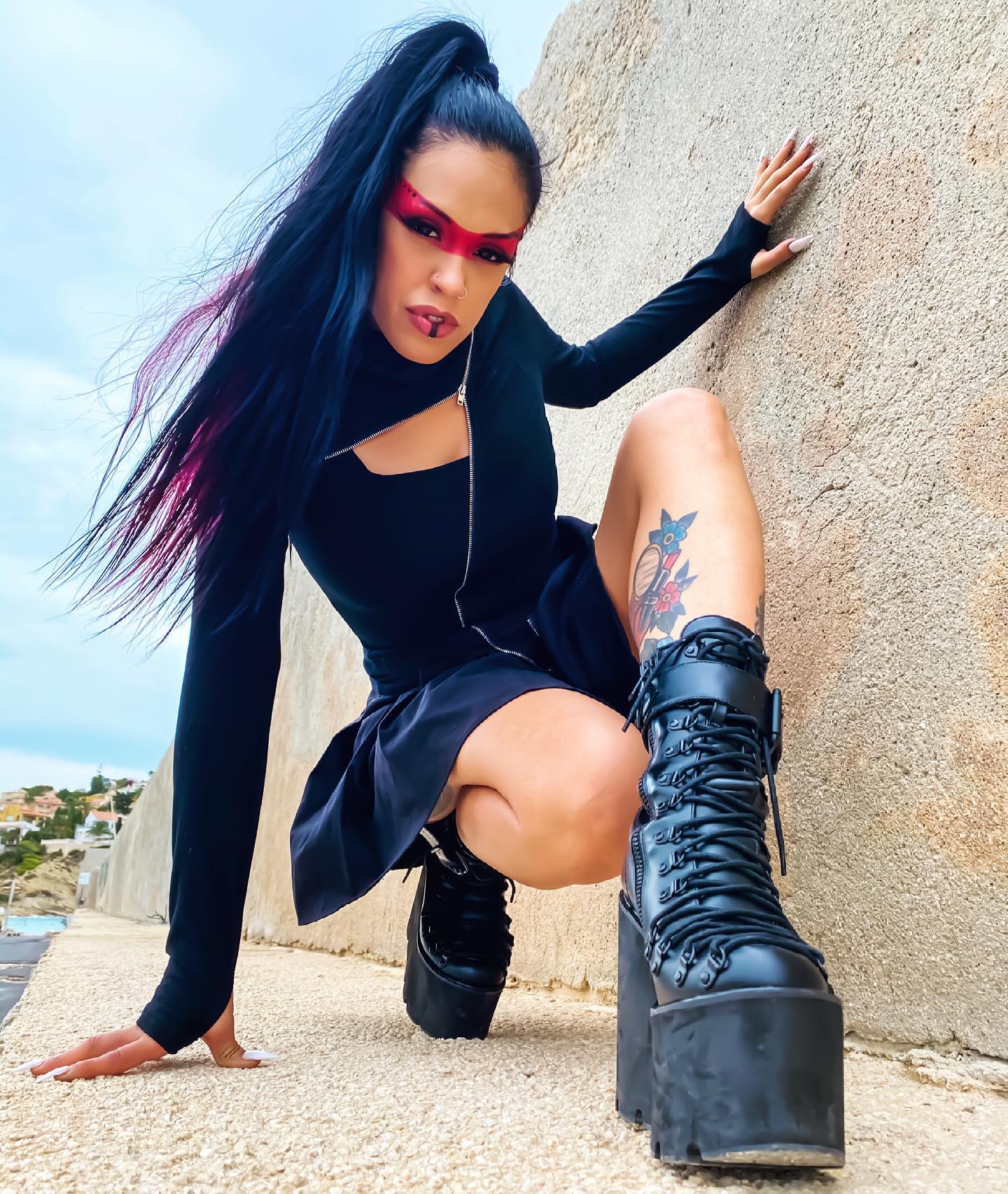 From the off, “Stain The Sea” is a truly gorgeous blend of audial majesty, and the entrancing tones of “Massive Drain” pull a Lacuna Coil feel, merging an intoxicating electronic and symphonic stance, creating an unnerving calm, yet empowering with Inés’ soaring vocal projection. Beauteous riffs wash over you, drenching and saturating as the track progresses, penetrating with a vocal range that entices and impresses. The melodic execution of INNER STREAM purrs like a content feline, tracks like “Fair War” harmoniously kneading its content paws into you, the playful, texturally sensual sonic layers of soft keys and deep bass line, melded with chugged riffs and crashing drums simultaneously drives unbending passion forward in a raging tempo whilst comforting. Mirroring this same tenacious, impassioned projection, the likes of the vengeful track “Hunt You” tinkers and toys with the delicate keys, like a cat and mouse, teasing drums, build-up of strapping guitars and ultimately pouncing with a strength akin to a track from EVANESCENCE’s discography.

INNER STREAM stifle with their atmospheric cuts in “Stain The Sea”, creating an empathic and intoxicating listen in equal measure. It’s the alluring bass line, melodic aspects and soaring vocals that penetrate you to the core, as felt in “Aftermath” and “Dance With Shades”. Both tracks sonically entice and seduce, their tones cleverly emitting every ounce of emotion with their texturally mesmerising output, Inés reeling you in like a Siren with her enticing tones and mesmerising singing, especially in the gracefully sorrowful piece “Drown Me”. As the mariners before were charmed with the Siren’s song, many a listener will, too, be hypnotised and meet their watery demise listening to the captivating “Stain The Sea” ; Inés’ song-writing abilities and singing are sincerely to die for.

The strength and variation of the album escalates as each track seamlessly merges one into the next. “If You Dare” powers with strong, smouldering tones, a pure powerful build-up that has you hooked from beginning to end, the keys dallying into title track “Stain The Sea”, where a more euro-pop flavour ensues, yet still staying true to its melodic metal roots. It’s this ability to respect the metal core that INNER STREAM gets so right, yet they’re fearless about venturing out of their comfort zone, as seen in the last few tracks of the album. “The Bridge” still has a decidedly metal edge with deep bass lines that penetrate and gritty riffs, yet the overall flair is of light-hearted rock nuances which perfectly complement the lyrics. The same can be said for “Last Drink”, although this little gem has a nu-metal bite towards the end that’s quite pleasing. And then in comes “Real”, with a prog meets symphonic vibe, mixing calming choral layers and the mellifluous lilt of Inés’ striking vocals, with guitar passages that melt you and a tempo that strikes.

“Stain The Sea” is an album written from the heart, bursting with passion, bold, yet endearingly vulnerable, blushing and playfully coy. The carefully crafted compositions are blended with enough emotion to entice, without overpowering and balanced with an astute mix of rawness and virtuosity that enthrals. The production is polished and pleasing to the ear, heightening the pure beauty INNER STREAM exudes in every chord, creating a beguiling collection of utter finesse, to be admired over and over.