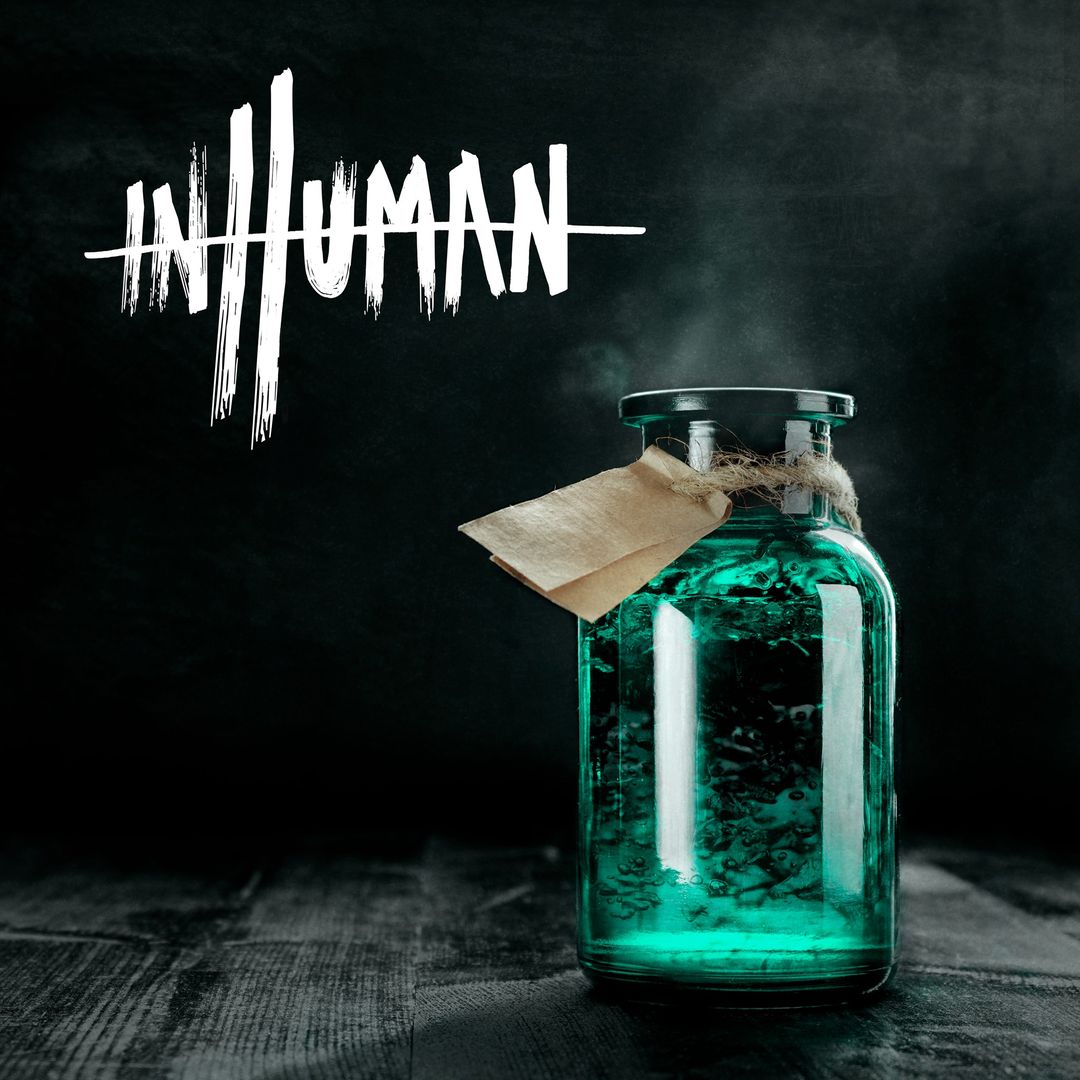 This Belgian symphonic metal outfit has been around for a while: As Anwynn the passionate musicians have released two interesting albums with strong roots in folk-metal territory. But in the last few years the band found themselves drifting more and more away from everything that represented Anwynn and consequently decided to change their name. In a recent interview with Female Fronted Power keyboard player Astrid elaborated on the name change: “The process of changing the band in itself has been very progressive, over several years. It came naturally with the change of musical style, the drifting away from the folk-metal world, the much more aggressive sound, the different imagery and lyrics and the changes in line-up”. Listening to the intro and opening track of the self-titled debut album the change of musical direction becomes clear instantly: gone are any folk vibes, instead we are greeted by powerful guitars, crushing double-bass drums, epic performances by the Gens university choir, impressive virtual orchestrations by Eerik Maurage and intense vocal matches between soprano Eline and growler Dietwin.

Lyric wise it’s similar: gone are any deliberate references to Celtic mythology or medieval battles, instead the Belgian seven-piece has chosen a rather theatrical approach that generally revolves around the human condition and particularly around human depravity. Extreme emotions, mental illness and acts of inhumanity (in war) are some of the overarching topics of “InHuman”. Keyboard player Astrid has had a lasting impact on the new thematic orientation of the band: “I am also a psychiatrist, so the lyrics that I write are heavily influenced by clinical settings of human emotions and dysfunctions. “No Bullet Required” for example is about schizophrenia and “Unbearably Human” is about psychopathy”, she stated in her interview with FFP. 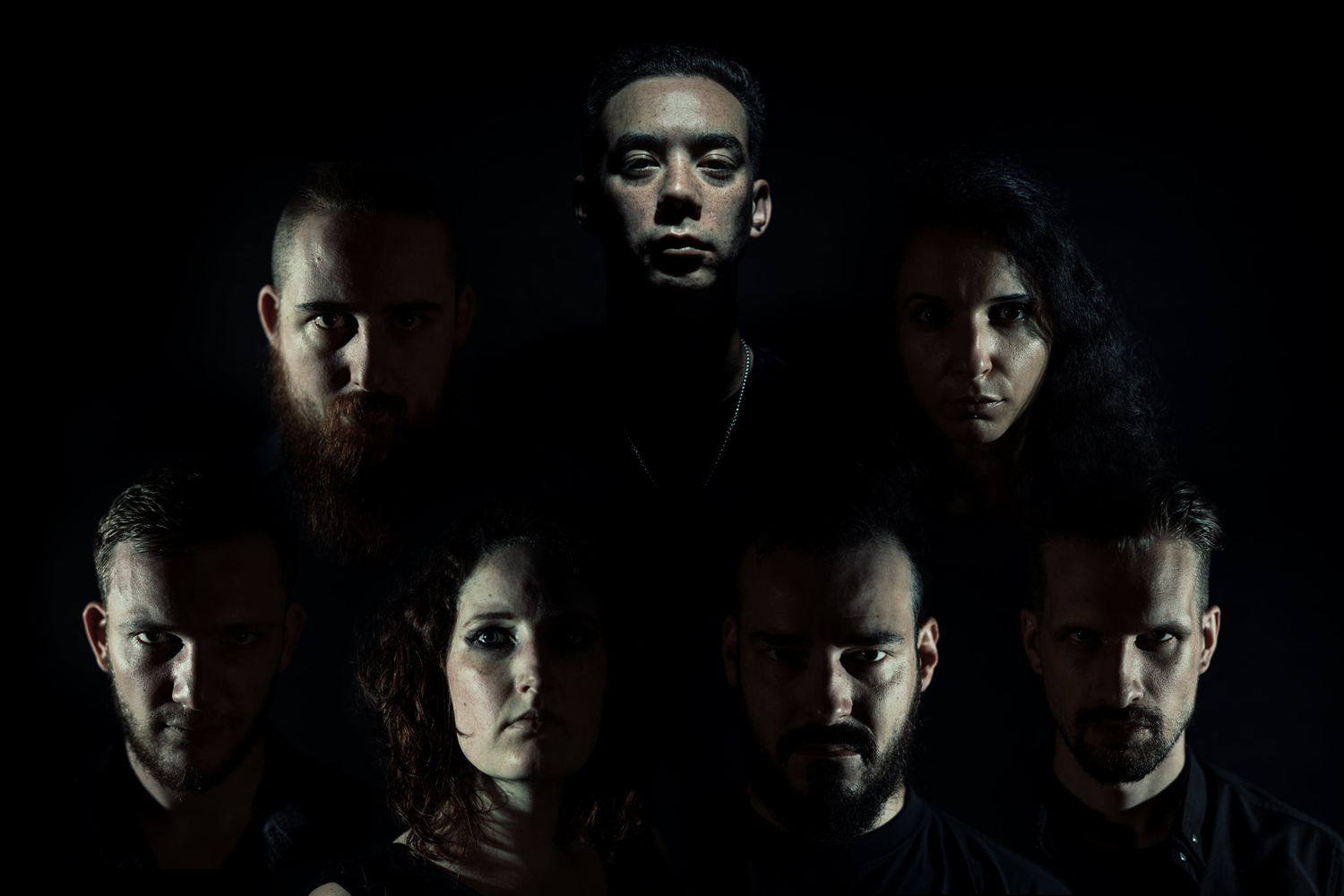 And undoubtedly INHUMAN have a penchant for dramatic stories and epic arrangements. Clear evidence of this is the atmospheric “Intro” that slowly draws you into a world of dark emotions and transgressive acts. Together with the outro “Home” it serves as a framework for the thrilling stories that unfold in the 9 songs that make up the core of the album. The performance of the Gens university choir is very impressive and turns out to be a stroke of luck for the band. The opener “The Chosen Cancer” starts with punchy mid-tempo riffs, soulful choral singing and energetic harsh vocals by Dietwin. In the deliberately jarring chorus he is joined by Eline and together they emphatically intone: “We have and we take / We discard and we break / What’s ours we prize / What’s not we despise / Youth it blooms so sweet / Yet it dies”. The track ends in a high-pitched scream and fades away like an ominous warning, a reminder that you can die every moment and will possibly afterwards be judged according to your behaviour towards your fellow human beings.

Next up is “Clockwork In The Past”, which has a pretty cool video that seems to have been filmed in an old theatre. The track is heavy and symphonic at the same time, clearly showcasing INHUMAN’s strong points, including an intense duet by Dietwin and Eline. Another highlight is “Unfolded” with its hammering drums, pounding riffs and aggressive energy. Whereas Dietwin lets off steam in the verses, Eline’s lovely soprano voice shines in the catchy chorus that revolves around justice and punishment. Towards the end of the song she makes use of the high register of her voice and in my opinion should venture there more often. It adds another facet to INHUMAN’s lavish compositions and makes them yet more versatile.

Talking about variety: “The Day I Died” treats you to three different vocal styles (female vocals, harsh and clean male vocals) and is certainly one of the most varied and moving tracks of the album. The atmosphere the Belgians create here somehow reminds me of ancient battles, for example those fought between Celts and Romans. The words “Gods of war, protect me” that Eline sings in the middle of the song conjure up images of the Morrigan in my mind, a fierce female figure from Irish mythology associated with war and fate. Thus the band are maybe unconsciously echoing their folkloric roots in Anwynn. The spoken word passage at the end of the track is strongly reminiscent of English doom legends My Dying Bride.

The following “Unbearably Human” also has a great video and certainly is one of, if not the best song of the album. The beautiful choir sequence in the beginning gives you goose bumps. Then the heavy riffs hit you, Dietwin growls passionately and Eline sweetly delivers the emotional chorus. A symphonic, yet heavy pearl that shines bright in INHUMAN’s black crown. The delicate “Lullaby” is the only piano ballad of the album, but the peace therein seems deceptive and as expected, all hell breaks loose in “Casus Belli” (Occasion for War). The final track before the outro is another highlight: it’s more than 7 minutes long, full of orchestral grandeur and takes you on a perilous journey. Eline impersonates a character that is on the brink of going to war and despite the madness of it all wants to fight bravely – at least that’s my understanding. A very intense and well written track. “Home” is a beautiful instrumental metal tune that rounds the release off nicely.

Bottom line: In their promo material INHUMAN write that they want to prove “once and for all symphonic metal does not have to be gentle, nor sweet”. And in my eyes they certainly accomplish that. But sometimes they want a bit much – not every song needs full on female/male vocals, pounding guitars, an epic choir and big orchestra. ‘Epic all the time’ might be the general idea, but avoiding to go full steam ahead in every single song might be something INHUMAN might want to consider in future. It would possibly make the individual parts shine even more and allow the listener some room to breathe.

Interview with Eline and Astrid: https://www.femalefrontedpower.com/interviews-2/interview-eline-van-de-putte-astrid-kaiserman