Frontiers Music has a reputation for creating composite bands with varying degrees of success, but seeing “HEART HEALER – The Metal Opera“, a project of Swedish guitarist Magnus Karlsson, made my heart jump. No less than seven renowned female vocalists in the mainly symphonic metal genre make their appearance here, plus a selection of great orchestral musicians. Each of the ladies have their distinctive role in shaping the story of “Heart Healer”.

The leading role is played by the American Adrienne Cowan (Seven Spires). She is the “Heart Healer”: a character who wakes up without a memory and does not know who she is. She appears to be able to heal people with just a touch of her hand. Naturally, this “stranger” runs into people who immediately label her as a guru and others who treat her with skepticism. A thin story full of gooey lyrics. The fact that these never sound overly sentimental is a formidable merit of the singers. I will recite the list for a moment, because this mix of quality and passion really ‘makes’ this debut. 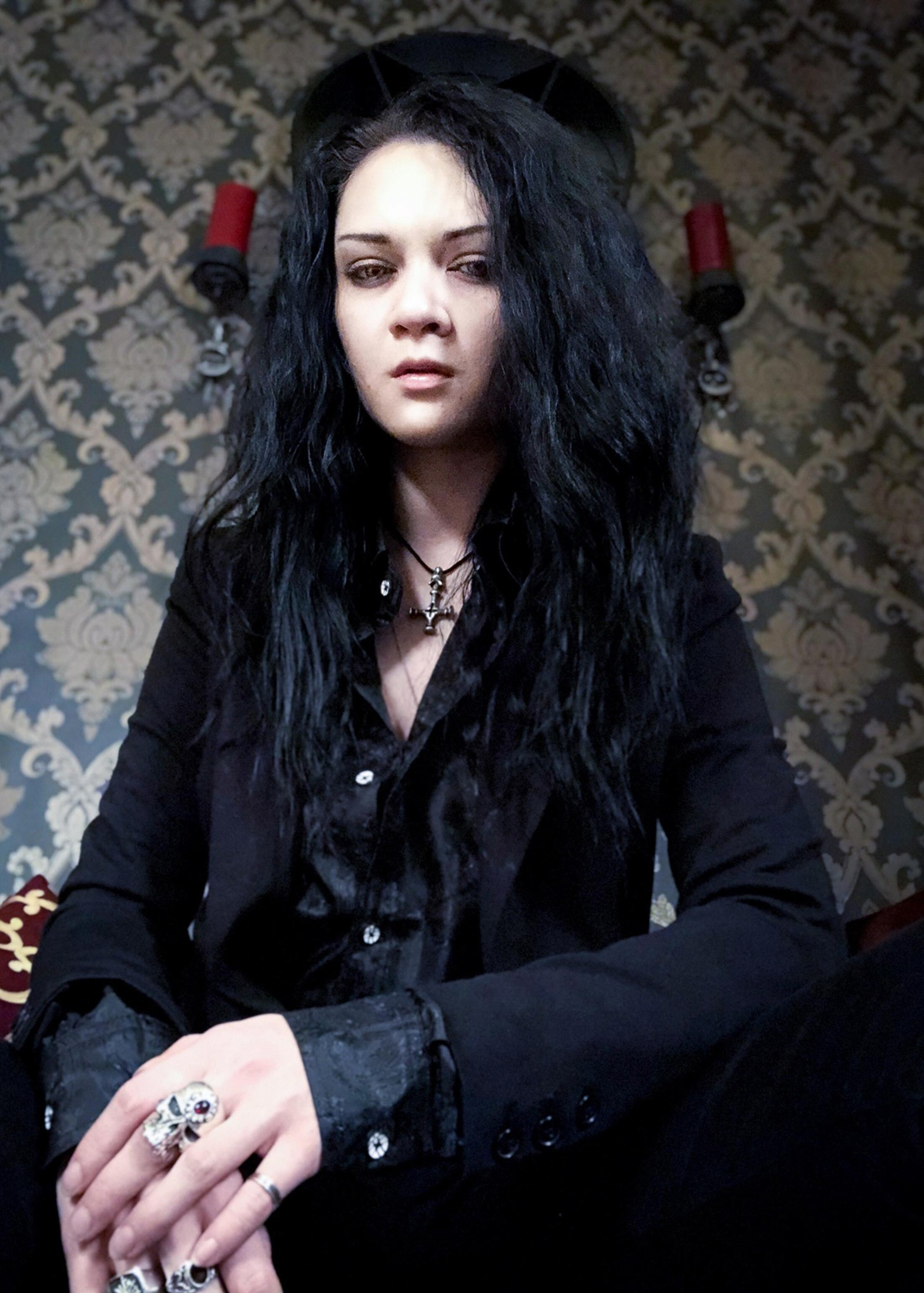 The other singers are: Netta Laurenne (Smackbound), Youmna Jreissati (Ostura), Ailyn Gimenez (Her Chariot Awaits, ex-Sirenia), Noora Louhimo (Battle Beast), Margarita Monet (Edge Of Paradise) and Anette Olzon (The Dark Element, ex-Nightwish). All of them great singers with unique voices and qualities in different styles. The ten tracks of this metal opera all consist of three components: wonderful bombastic orchestration, sublime vocals and excellent guitar riffs and solos. Karlsson hardly makes use of the exhaustive arsenal of symphonic tricks with which this genre can be spiced up. We don’t hear alternating ballads or rhythmic uptempo songs, no folk or techno outings, no intermezzos, no huge tempo changes. This has its advantages, because it makes the whole sound accessible, choruses stick in your head and you sing (echoe 😊) the songs along real easily, but the question is if the songs have longevity. But for now it sounds great. As far as the orchestration is concerned, Karlsson is, especially in the beginning of this record, completely indulged in familiar sounding Nightwish arrangements, but few fans of this genre will blame him for that.

“Heart Healer” also starts exactly as you would expect: opening track “Awake” has a long, briefly mysterious intro, which is immediately followed by symphonic orchestration and catchy riffs. It really kicks off with Cowan‘s narrative vocals, after which the story immediately becomes evident. Then the catchy chorus kicks in and halfway through this song Karlsson shows what a huge admirer of Tuomas Holopainen and Nightwish orchestration he is. Then it’s time for a nice guitar solo and when Cowan lashes out at the end, the tone has been set. Bring it on!

In the second song, “Come Out Of The Shadows” – which also has a long, cinematic intro – the next three singers are featured: Jreissati, Monet and Laurenne. They also start with narrative vocals and sugary lyrics, but when the ladies go berserk soon after, Karlsson is immediately forgiven for those lyrics. Olzon makes her appearance in “Who Can Stand All Alone“, a duet with Cowan. A wonderfully catchy song, which is lifted to great heights by excellent belting vocals, a beautiful guitar solo and explosive drum patterns. As a Nightwish fan, I was – like so many others – not a fan of Olzon during that period, but both in The Dark Element and on this album she proves to be a more than excellent singer.

Next in line is “Back To Life”, sung by Ailyn, Monet and Cowan and here Karlsson‘s casting talent becomes clear. Each song turns out to be perfect for the singer(s) in question. What a wonderfully compelling song. Ailyn‘s somewhat sweet voice contrasts perfectly with the other two. This song is characterized by catchy, uplifting harmony vocals that are so typical for a metal opera and it is graced with a quite long guitar solo for this genre. “Into The Unknown” is a solo project by Louhimo and starts with mysterious Within Temptation/Epica orchestration. The subsequent catchy chorus is given ‘body’ by her dark voice. Here too Karlsson gets the most out of his singer. 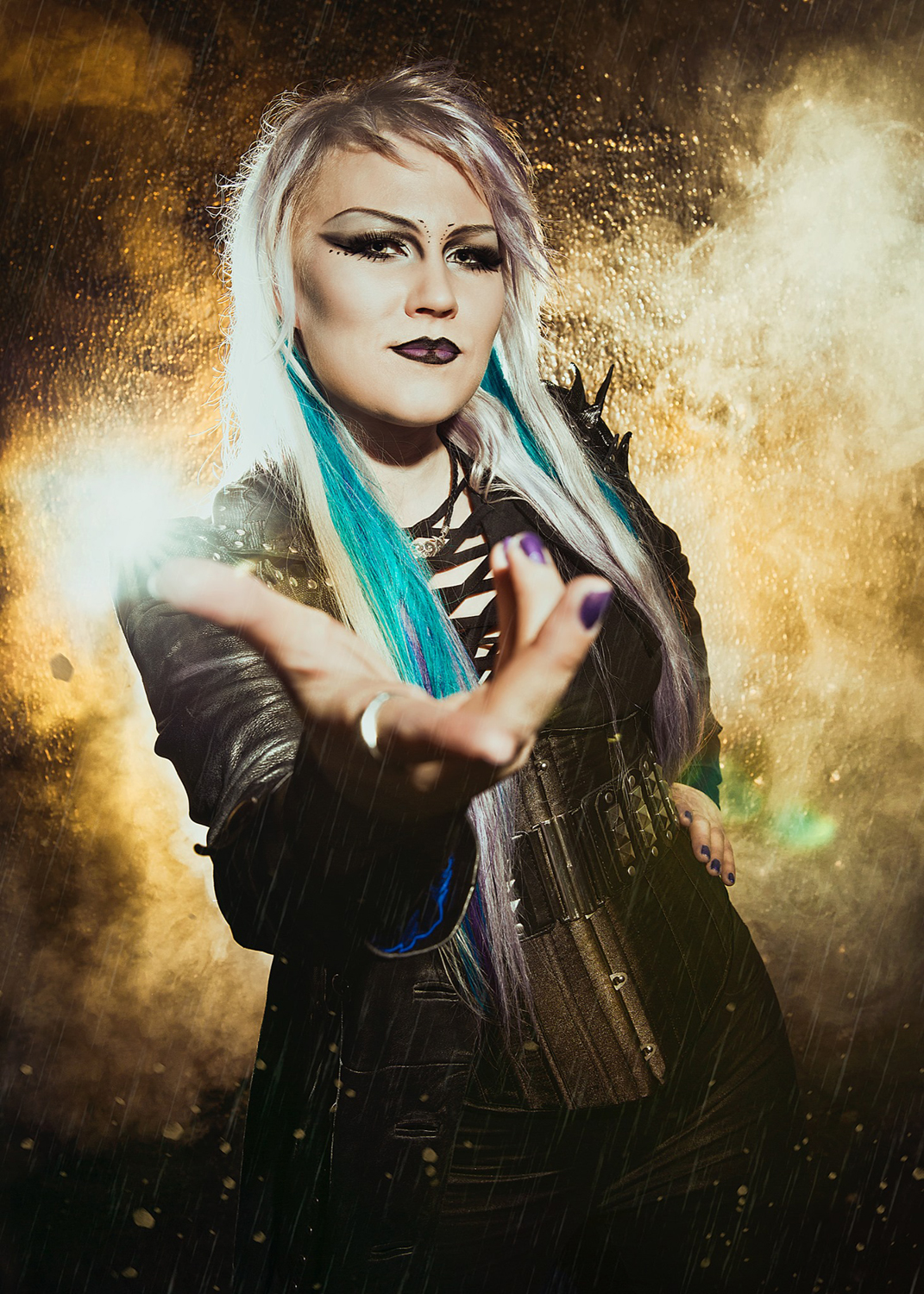 The shortest track, “When The Fire Burns Out”, sung by Laurenne, Ailyn and Jreissati, is the only song that really starts in a modest way and comes closest to a power ballad, but in the end doesn’t differ much from the rest. It also contains the characteristic elements that the rest of “Heart Healer” has; heavy, bombastic orchestration, belting vocals and a guitar solo. Many songs have a cinematic intro that you would rather place as the opening or closing of a CD, which also applies to “Evil’s Around The Corner” (Louhimo, Cowan). This very catchy chorus even has a seventies allure. Fortunately the rather shallow lyrics are interpreted by the darkest voices in the bunch, giving them some credibility.

“Mesmerized” is the most poppy and weakest song, although the vocal lines do fit Olzon‘s voice perfectly. Her singing qualities and the flashy guitar solo compensate for this somewhat disappointing composition. When you hear the very cinematic intro of “Weaker”, performed by Cowan, you think it must be the last song. It is followed by narrative vocals and then… SHE GOES COMPLETELY WILD! Anyone familiar with the Seven Spires material will know what I mean. This time the inevitable guitar solo is a bit of a nuisance interruption from one of the best vocals I have ever heard, which unfortunately ends way too early and abruptly.

“This Is Not The End” is unfortunately the end. It starts rousing and with a huge blast from Louhimo, followed by exciting orchestration and a super catchy chorus. All vocalists are featured here and the harmony vocals are reminiscent of a real rock opera. And what a wonderful sing-along! It also applies here: everything is lifted by truly excellent vocals and despite the duration of more than an hour, I would have loved to hear a lot more from each of these seven ladies. But, there is talk of “debut” and the last song is called “This Is Not The End“, so … who knows? I can’t wait anyway!