CRYPTA – ECHOES OF THE SOUL 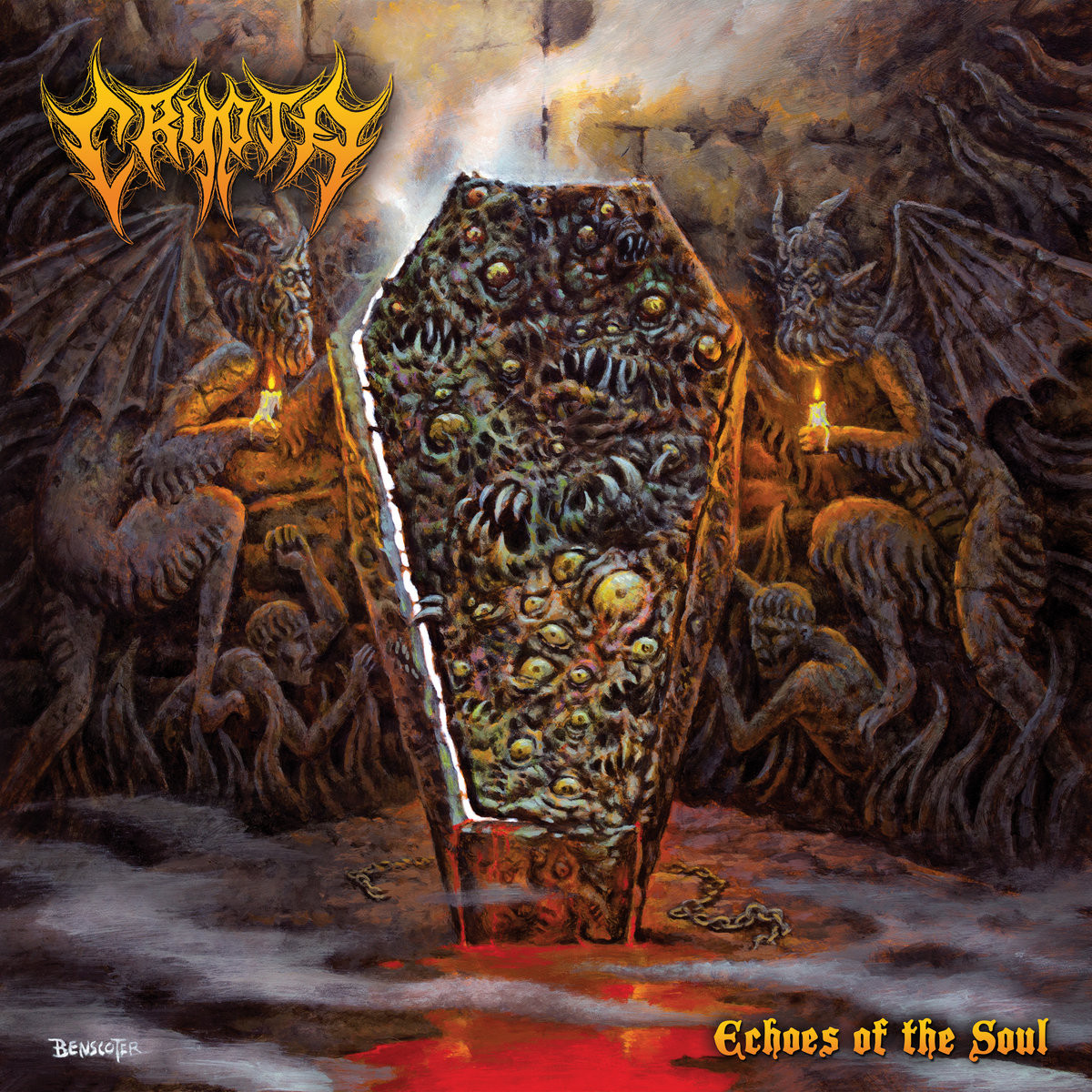 Emerging straight from the pits of hell, Brazilian/Dutch death metal outfit CRYPTA combine former members of NERVOSA, BURNING WITCHES and HAGBARD, unleashing unequivocal ferocity in the most delightfully contorted of deathliest tones. The quartet of insatiable, vicious vixens blister in their much-anticipated debut release “Echoes Of The Soul”, delivering the audial essence of infectious toxicity, surfacing to aurally brutalise and sonically annihilate. With nothing short of neck-breaking riffs and the crudest of vocals, CRYPTA serves to suffocate with the reek of mephitic vapours of ten tracks of uncompromising and unyielding potency. The band’s stylistic blend of brutal, blackened and old school death, intertwined with the extreme and a contemporary twist, in “Echoes Of The Soul” creates something akin to a familiar comfort blanket wrapped around you… only one drenched in cadaver.

The unnerving allure of “Awakening” creaks open the death metal crypt with a creep of the dramatic and atmospheric, offering a worrisome quietude of insidious measure. In contrast, the likes of “Starvation” – which more than satisfies the most voracious of appetites – and “Possessed”, dominate and perforate, unleashing strapping drums that suffocate, with a bounty of crushing, yet melodic, riffs that pierce and penetrate. 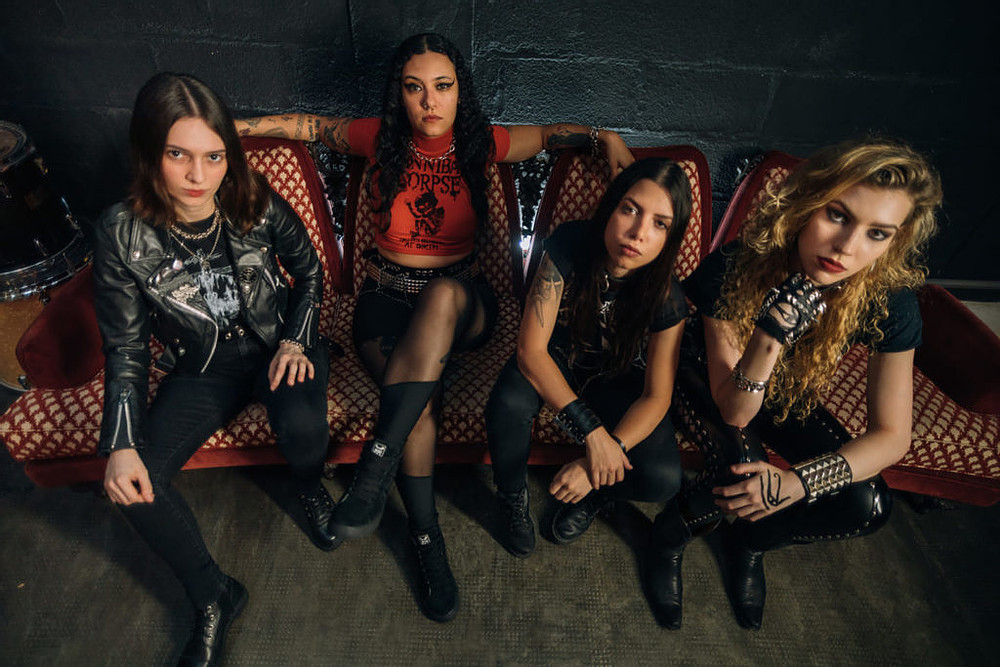 These sinister sisters of metal effortlessly savage in an unbridled sonic attack throughout “Echoes Of The Soul”, radiating nuclear levels of destruction far greater than the (unlikely) hypothetical scenario of Chernobyl’s reactor four mating with Fukushima, stealthily creating hidden harm through next-level overtness, making even a dosimeter take cover for fear of radiation sickness.

“Death Arcana” radiates a stealthy ugliness in deep bass lines and a shroud of dismal darkness with the steadiness of chugged riffs that unsettle as they increase in tempo, gargantuan grunts and vocals that spew throughout. The continuation of a spitting vocal attack perpetuates in “Shadow Within”, Fernanda projecting venomous tones that rip flesh straight from the bone, followed by the despicably delectable minacious aspect of “Under The Black Wings”, with screeched vocals that wash through menacingly and tempo that sludges and crescendos to a fulfilling crispness.

The deathly charm of CRYPTA escalates in the latter part of “Echoes Of The Soul”, infernal ferocity ensuing in the likes of “Kali” and “Blood Stained Heritage”, uncontrollable rage pelting incessantly with aggressive riffs asphyxiating, relentless bounding of drums and bass lines that veil with abyssal depth. There are no airs or graces with the CRYPTA ladies, they unapologetically split your soul in two with their spine-tingling virtuosity.

And speaking of souls, “Dark Night Of The Soul” unravels with its heady intro and harmonious riffs, giving way to an eastern flavour in parts that impales and drives itself through your core. And that core of yours? Well, “Echoes Of The Soul” goes utterly nuclear once again in the fiendish finale “From The Ashes”. CRYPTA’s sound gouges, their claws ripping into you with infectious hooks, eruptions of puncturing drums, rabid guitar lines and a level of malevolence that simultaneously stifles and crushes. CRYPTA’s debut album really is a listen of seismic proportions.

“Echoes Of The Soul” is an audial bloody bludgeoning of extreme measure, and a cataclysmic onslaught that obliterates from beginning to end, creating an insatiably gratifying listen. CRYPTA certainly destroy any warped notion that metal chicks can’t brutalise as expertly as their male counterparts. Hell, this phenomenal all-female quartet make the men of the death scene look like mere boys, delivering a scornful empowerment of sound that only women can execute as brilliantly as CRYPTA does.