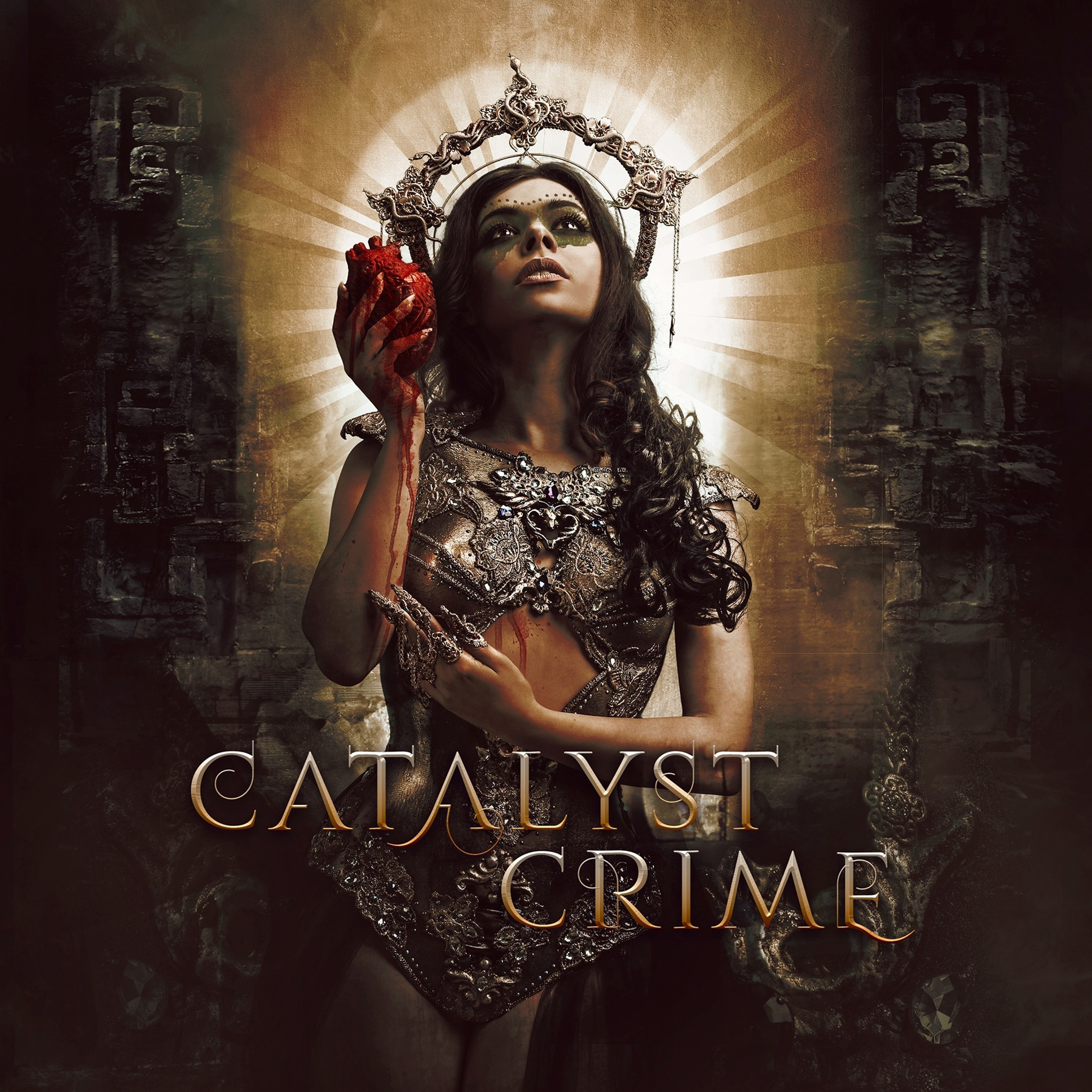 CATALYST CRIME is yet another new multinational project. The band started in 2017 by Gerit Lamm, drummer of Xandria, and the American singer Zoë Marie Federoff. They were soon joined by Pyramaze composer and keyboardist Jonah Weingarten, guitarists Chëna Roxx and Kaelen Sarakinis and bassist Matt Federoff. The self-titled debut album revolves around the field of symphonic metal with some touches of death metal and in general I can say that it leaves us a positive first taste. 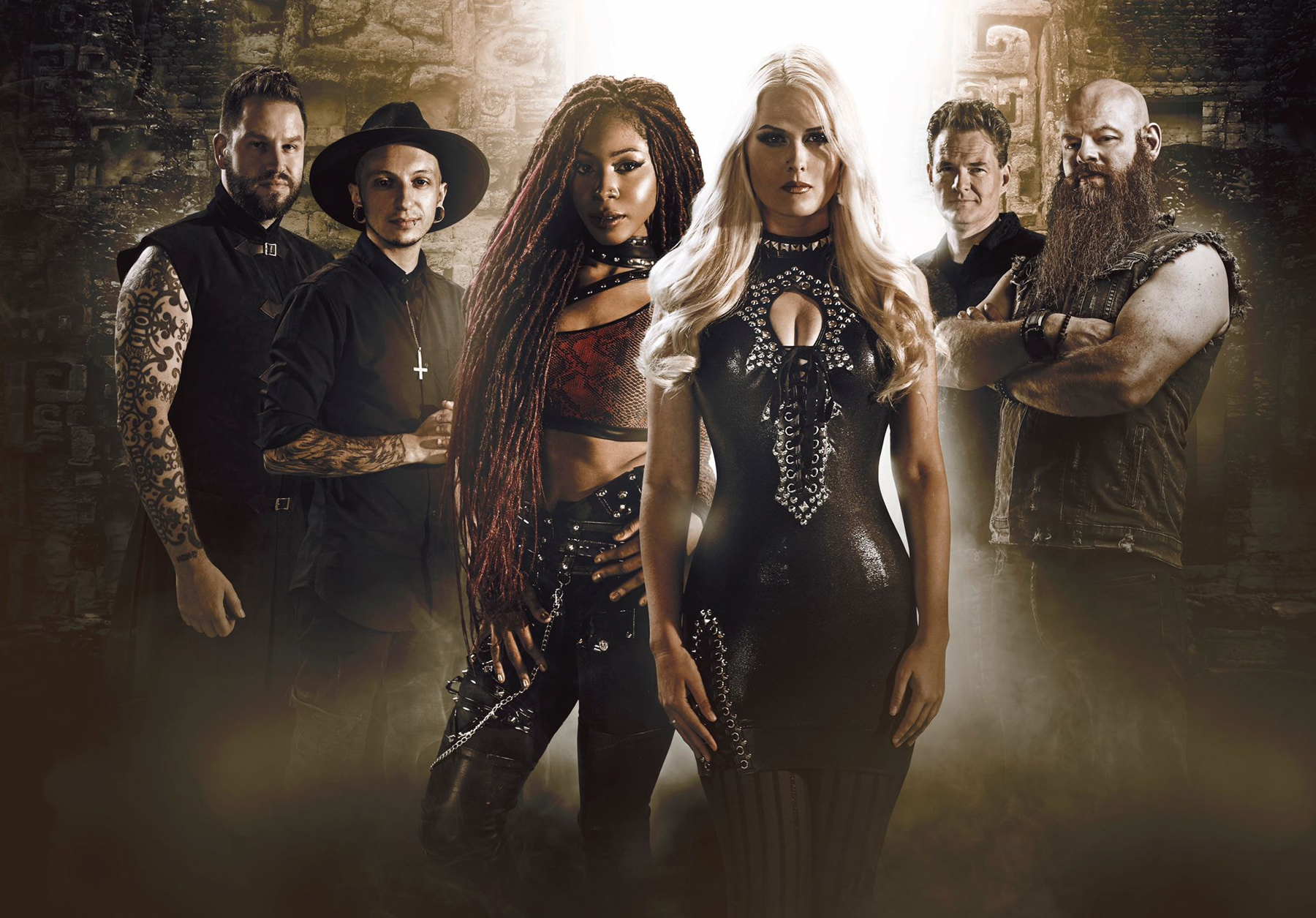 Upon the first listening, what I really noticed were the very beautiful introductions to the songs, like for instance on “With Only The Sun As My Witness“, although it is a bit long for an instrumental intro (2.38′). Although personally I don’t support the idea of an introduction on all songs (symphonic metal has gone too far with this), CATALYST CRIME shows a clear ability in this area. 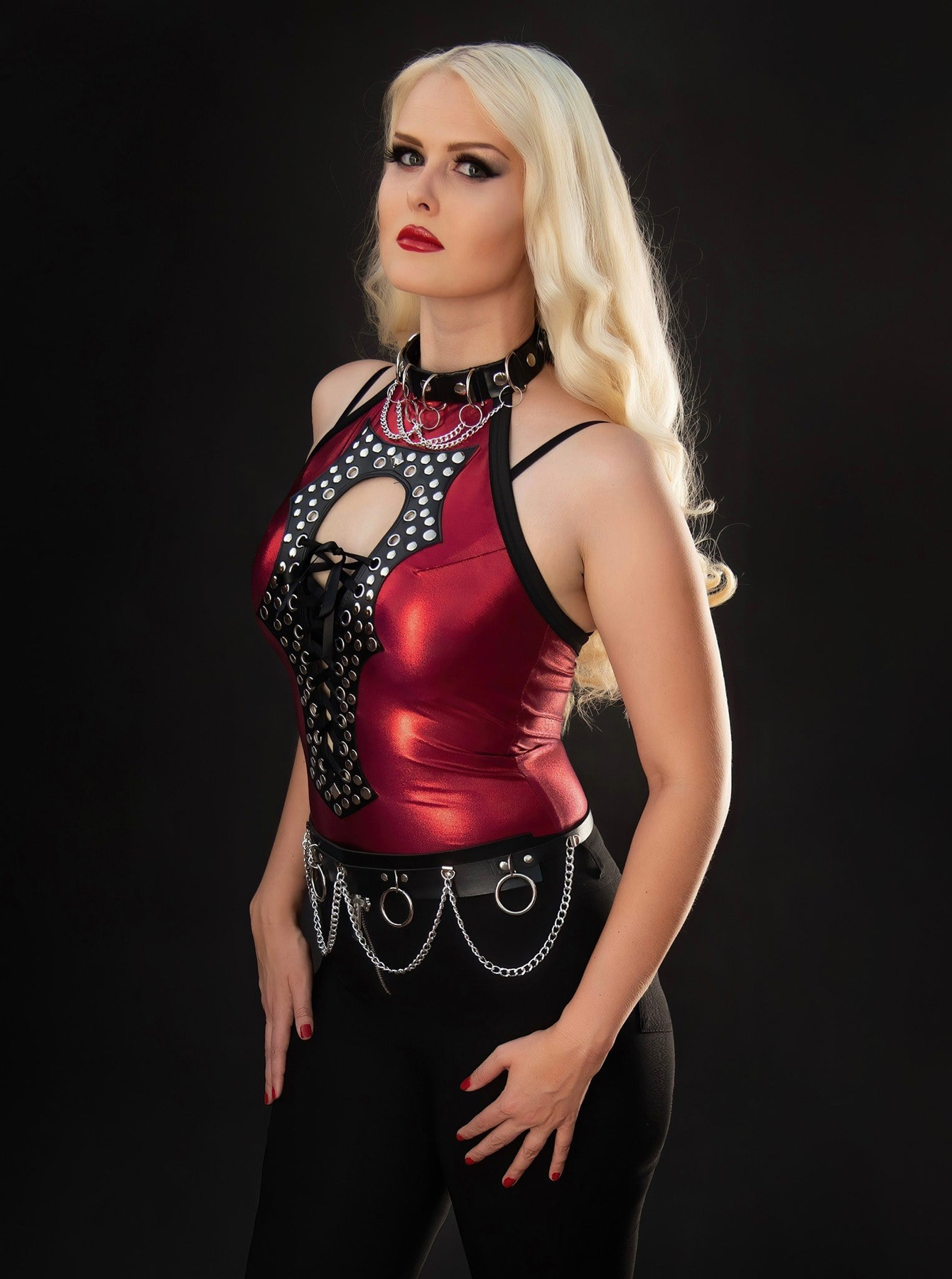 If we exclude the intro and the outro, the album consists of nine up tempo songs and a ballad called “Chasing The Ghost“, which I consider to be the best moment of the album. Yes, you got it right, CATALYST CRIME‘s first album is a pretty good job: very carefully made, the musicians are all skilled, the production handled by Alexander Krull of Leaves’ Eyes is also great ; everything on the album is very well done. But when in this kind of music the ballad is the best song of an album, something is definitely missing.

So what is missing here is the incentive to pay and buy the CD. Motivation for me is to hear something different in terms of composition and structure of the compositions, or for the band to have a very personal sound. That is, to play something completely with a unique identity and a unique sound. None of the above happens on this album, even though everything else is done to perfection.

If you are a die-hard fan of symphonic metal, then you should definitely invest in this album. If not, you should first check out “Condemn Me To Chaos“, the band’s first YouTube video which is representative of what it is all about. As a second option, I would also suggest the very good “Nowhere Near Dead Yet“.

CATALYST CRIME delivers a good and decent debut album, but like most new bands they seem to be trapped in specific, tried and tested musical patterns, following safe solutions and being afraid to experiment with new things. As someone working in the media and the music industry, I understand this, but I want to see the new bands invest in their inspiration as most of the seasoned musicians did and continue to do so.