AGE OF ATHENA – GATE TO OBLIVION 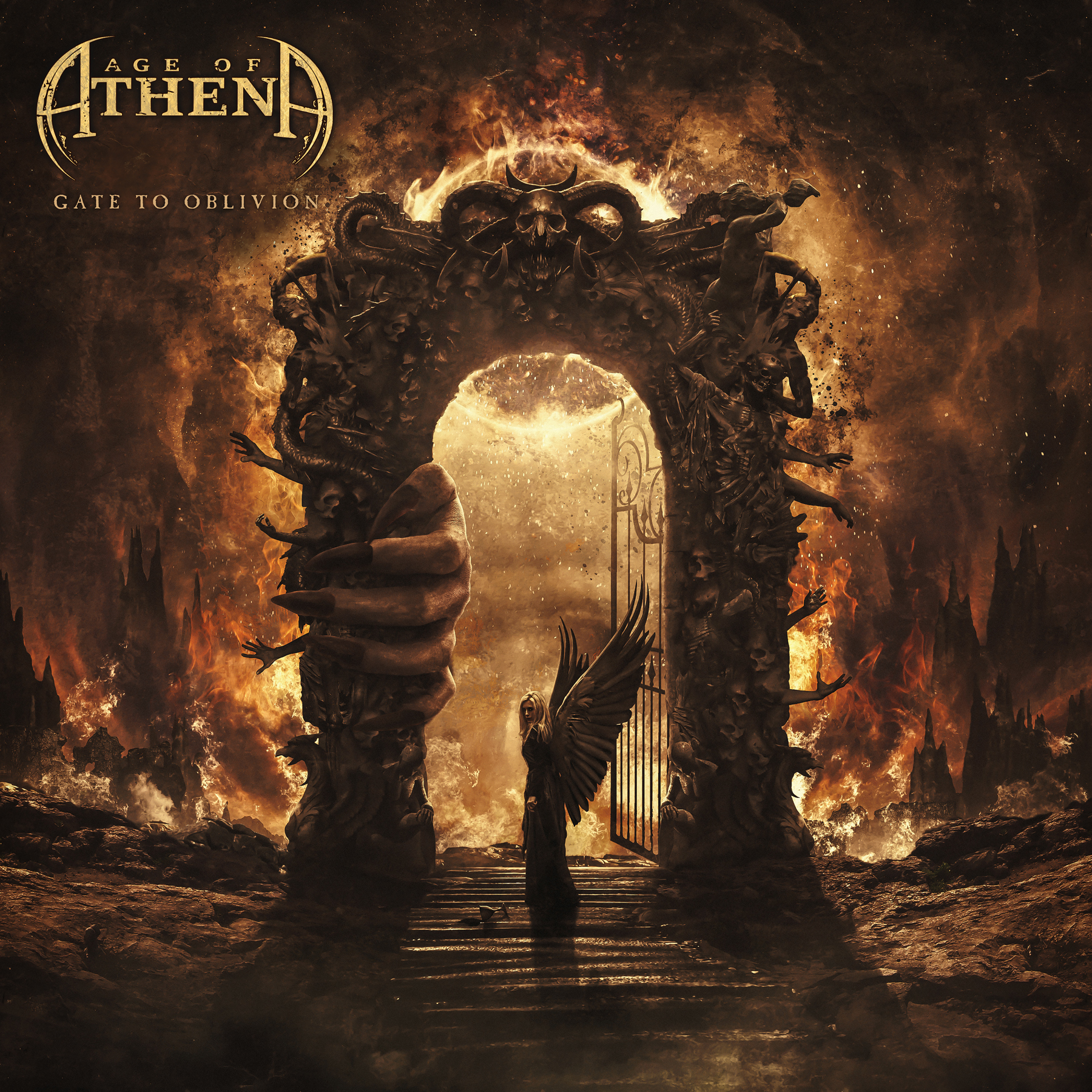 AGE OF ATHENA is coming to us from Canada and “Gate To Oblivion“ is their first effort. They revolve around the field of symphonic power/core metal with female vocals, but also male growls and despite the lack of information regarding the already short biography and their absence from the necessary online platforms nowadays, their musical beginning looks really encouraging.

This quartet seems to have talent. “Gate To Oblivion“ consists of eight songs, most of which are quite inspiring while I am impressed by their uptempo songs which are quite inspired. Something that makes the music of AGE OF ATHENA remarkable is the overall performance and the production that has been done on the drums. Michael Johnson‘s playing is very fast and quite loud in terms of production intensity, which makes it tie in very well with the songs, so that they can be heard in parallel with the melodies of the guitar and the vocals.

I strongly believe that the best moments of “Gate To Oblivion“ are “Burn Down The Sun“, a really great song that could have been penned by one of the big groups, “Lost In Darkness“ that opens the album, “Dance With The Devil”, which is the first lyric video for “Gate To Oblivion“, “Together We Fall“ and “Sickness Without Sense“, that serves as a great outro for an album of this music. As for the ballad “All For Nothing“, it’s good but it sounds more Evanescence than Evanescence themselves. But now that I think about it… after I singled out half of the songs on an album then we can really talk about a great final result.

I also need to notice the amazing cover sleeve of the album as well as the graphics that accompany it. On the other hand, I should also note that it would have been great to use these graphics in the video of “Dance With The Devil“, because the way it is made looks more like an official audio than a lyric video. AGE OF ATHENA will have to find a way to promote this album and at the same time their brand. I know it is not easy at all nowadays, but it is a very good release on which they will be able to build the continuation of their course. Let’s start with the basics, which is nothing less than the social media…