AEPHANEMER – A DREAM OF WILDERNESS 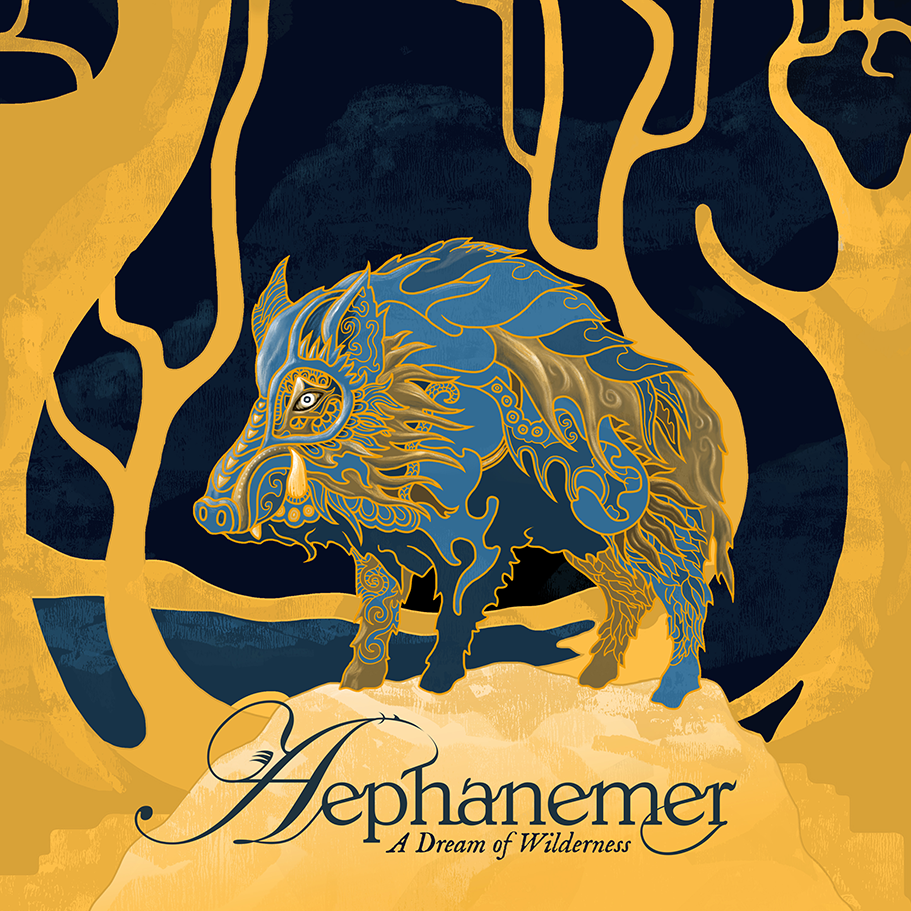 Since their inception as a solo project, AEPHANEMER have gone from strength-to-strength, not only in numbers, but in the band’s effortless ability to have captured the hearts and souls of metalheads across the globe. From the critically acclaimed debut album “Memento Mori” (2016), through to the band’s stunning sophomore creation “Prokopton” (2019), the talent of AEPHANEMER is hard to resist and their third thunderous release through Napalm Records, “A Dream Of Wilderness”, offers a maturation of the sensational symphonic death metallers’ sound like no other. The ferocity of the French quartet is ever-present, the retention of twin leads firing on all cylinders and AEPHANEMER’s signature rich, bold and irresistible melodies still remain, and the band have masterfully forged a new level of breathtaking contrast of instrumental sweetness and angelic lightness, merged with the split of forked-tongue demoniac quality of Marion Bascoul’s exceptional ability to deliver contrasting vocal execution in the exhilarative eleven-track album “A Dream Of Wilderness”. It’s a blend that captivates, as much as it enthrals and excites, with grandiosity and bombast aplenty, especially with the carefully intertwined airy choral arrangements, yet still delivers plenty of passages of brutality courtesy of their body blows of crushing riffs and robust soundscapes that backbone this brilliant masterpiece.

The symphonic intro of the instrumental “Land Of Hope” plunges the listener deep into the dramatic entry of the album, with syrupy choral tones amidst orchestral layers, lulling into a false sense of security, paving the way for the sweetly insidious offering “Antigone”. The cut instantly serves to provide something far fiercer, with relentless drumming packed in amongst ferocious guitar lines, a melody that simply melts, and Marion’s growls that ascend from the pits of hell. It’s an overtly more symphonic offering that complements the magnificent melodeath landscape, still carrying the same burning flame of AEPHANEMER’s authentic signature blend of carefully crafted nuances with ambience that penetrates. The likes of atmospheric “Of Volition” comes tinged with a slight melancholy yet delivers frantic hostility in spades, with sweeping riffs of certitude and searing leads that carry the anvil-heavy weight of this piece perfectly, transforming into a sublimely incendiary composition. 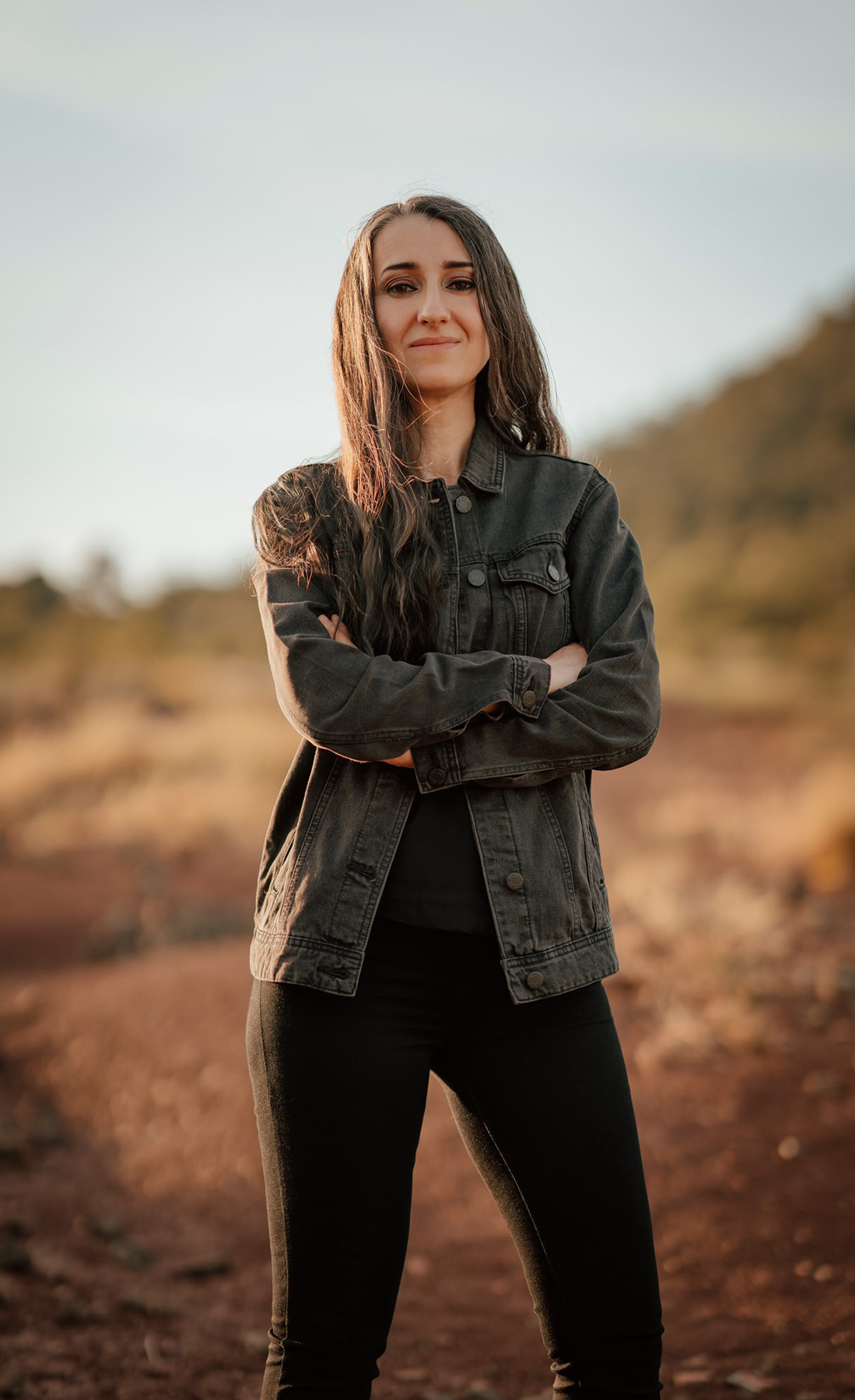 AEPHANEMER keep the frantic pace at full pelt with the brilliantly atmospheric “Le Radeau de La Méduse”, with waves of crashing drums, leads that navigate the aggression of this piece perfectly and a sea-shanty style riff that backdrops and anchors the track perfectly. Throughout, Marion impresses with her gargantuan vocals, carrying the weighty passages of this piece with every insidious growl that tears through, something that she achieves so expertly throughout the entire album. The masterstroke of “A Dream Of Wilderness” really does lie in the vocal conflict, Marion’s extraordinary talent to effortlessly shift from her splitting and venomous gutturals, morphing to the cherubic charm of clean, soaring powerful operatic tones, merging the mellifluous with the malevolent.

Flashes of AEPHANEMER’s previous release, “Prokopton”, pour through in “Roots And Leaves” with the majesty of the riffs delving deep into your core, but it’s the heartsore instrumental “Vague à l’âme” that really carves into your soul, bridging the album with guitar centric fusions of crying solos, offering a well-timed cooldown in preparation for the punchy and piercing “Strider”. The noticeably more mellow intro, layered with plenty of guitar-fuelled moments and those blistering leads we’ve come to admire so much, create a catchy cut that you easily fall in love with. The melodious symphonic mid-section showcases the beauty and enchantment of the track’s vulnerability, only enhanced further by the subtle contrast of Marion’s flawless harsh vocals — to put simply, this is a real earworm of a track and a sheer delight that you’ll want to savour over and over.

The last section of “A Dream Of Wilderness” continues to fascinate with the powerful potency of “Panta Rhei”, unapologetically speedy with razor-sharp riffs, rich bass tones and a glut of symphonic sounds, awash with wistful moments, dual guitar aspects that tinker and toy in a playful cat and mouse fashion and bound with Marion’s robustly brutal growls. Those searing growls don’t relent, they’re perfectly projected in title-track “A Dream Of Wilderness”, a cut injected with an endearing folk blend unfurling as a bold, brave and epic piece, sonically resplendent, that’s efficacious in creating visions of vast landscapes, imposing forests and sumptuous blankets of natural beauty. Wrapping up the release, AEPHANEMER share a piece of their identity, like a comforting arm around you, in the plucky “Old French Song” and a French rendition of “Le Radeau de La Méduse, bookending their impressive release with finesses, guts and glory. 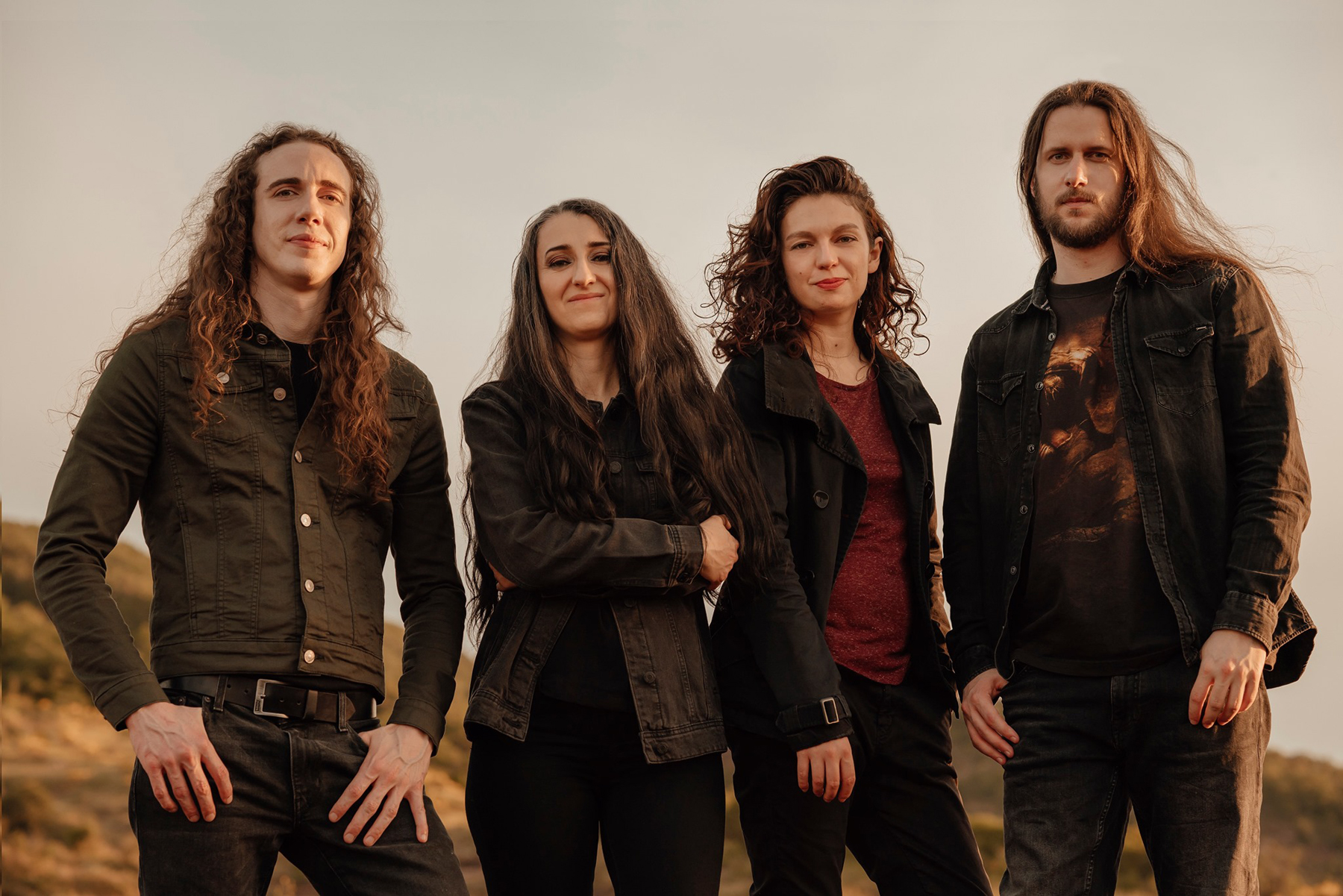 “A Dream Of Wilderness” satisfies every desire and deep yearning for displacement of reality, transporting you to faraway, imaginary lands as you wander through the sonic wilds with the weaving and meandering of every illusory twist and turn, exploring AEPHANEMER’s kaleidoscope of sound. The third instalment of AEPHANEMER’s works is utterly sublime, the band’s extraordinary talents shining from start to finish, especially Marion’s magnificent vocal versatility and her ability to optimise her vocal virtuosity consistently throughout this release. “A Dream Of Wilderness” is an impressive addition to the band’s expanding catalogue, slick, dynamic and packed with prodigious musicianship, heart and soul.