In the very beginning NERVOSA consisted of two guitarists, but after the departure of Karen Ramos in 2011 the band decided to stay as a trio for logistics reasons. After the complete line-up change in 2020 (when Fernanda Lira and Luana Dametto left NERVOSA to form Crypta with Sonia Anubis), Prika Amaral thought of adding a second guitarist, but she decided to do it later. There were too many new members in the band to manage alone and the line-up had already moved from a 3-piece to a 4-piece, rising the touring costs of the band in general. So an addition of a second guitarist had to be postponed.

Few months after the release of “Perpetual Chaos“, in March of 2021, Prika called Helena Kotina to join NERVOSA and since then they started composing a new album together. At the end of 2022, Mia Wallace was not able to tour Latin America, so Prika thought of asking Helena to join them and play bass and have the first touring experience with NERVOSA. 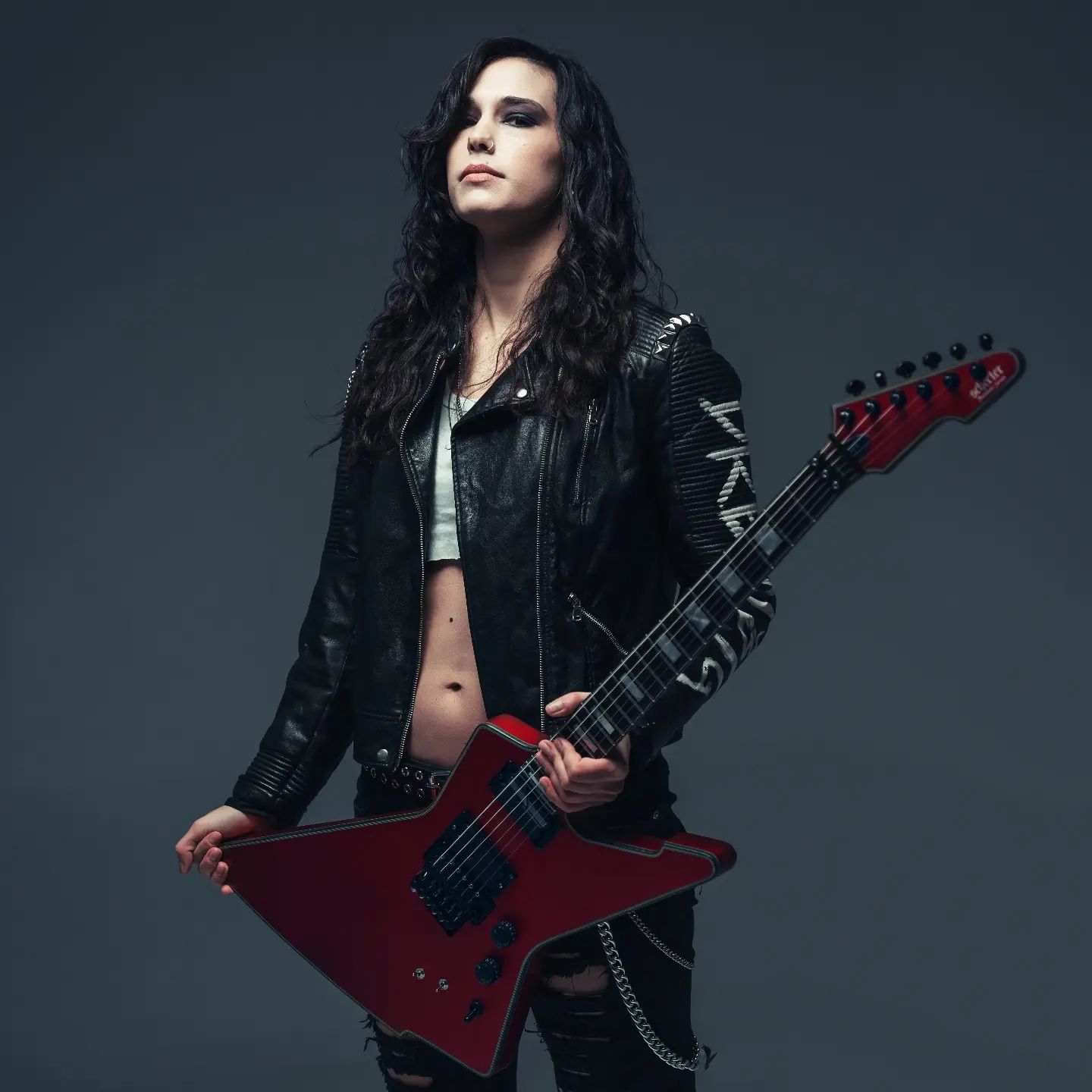 Helena Kotina is a young guitar player born and raised in Greece. She picked up the guitar at the age of 14, being her main influences bands like Scorpions, Rainbow and Deep Purple. Her professional career started by releasing the first EP of the Greek band Daffodil called “A Hope For Things That Never Come“. In the Summer of 2022 she released her first personal work called “One Of Those Days“ and later on she toured with NERVOSA as a bassist in their Latin America tour. Also by the end of the year, Helena played alongside Paul Di’Anno and Gus G on their Greek tour.

Also, drummer Nanu Villalba is no longer part of NERVOSA due to lack of common agreement. NERVOSA are currently finishing some new songs and very soon they are going to enter the studio to record the fifth album in NERVOSA‘s career.