You had to wait for it for almost three years. “Immemorial”, the new album by Northern Ireland based symphonic power metal band RAVENLIGHT, the follow-up to their debut album “Project Genesis”. Here too, the reason might be Covid, although the band did release a live album “Project Genesis – Live In Belfast” last year. Also in 2022, bassist Dean Kane joined the ranks of RAVENLIGHT, completing the line-up to a four-piece. In short, enough has happened and is yet to come for RAVENLIGHT to do an interview with singer Rebecca Feeney. 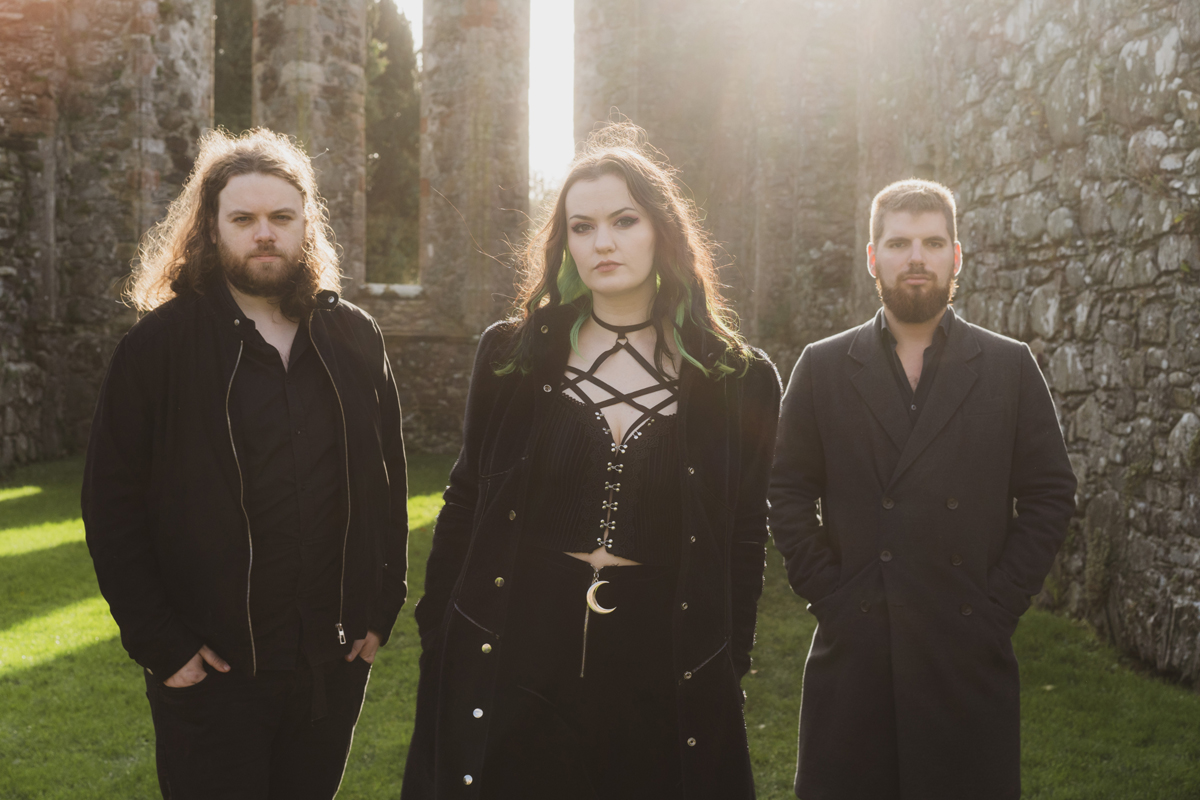 Hello and welcome Rebecca, thank you for doing this interview with me in the new year 2023. Hopefully for RAVENLIGHT an exciting start of the year with a new album coming up?

Hi, thank you for having me! Yes it’s all very exciting at the moment! We have our album launch show coming up in mid-February and we’re all working hard preparing for it, we are hoping that it’s going to be a fun show! We’re very excited to put our new album out!

After the release of RAVENLIGHT’s debut album “Project Genesis” in 2020, a very meritorious album if I may say so, you released a live album titled “Project Genesis – Live In Belfast”, your hometown, in 2022. However, you did not play it completely integrated as on the debut album. Was that intended?

Thank you! Yes that was intended, we decided to play our cover of “Blinding Lights” by The Weekend – that song was very popular here – and many people including metal heads enjoy it! It’s a very fun song to play and the crowd always enjoy it! We did the whole set differently from the album order when we played live, because live shows need a different pacing than that of an album. The band need breaks after fast songs and there’s a certain balance to the energy needed for the crowd too. The songs the crowd knows can’t all be at the start of the set. 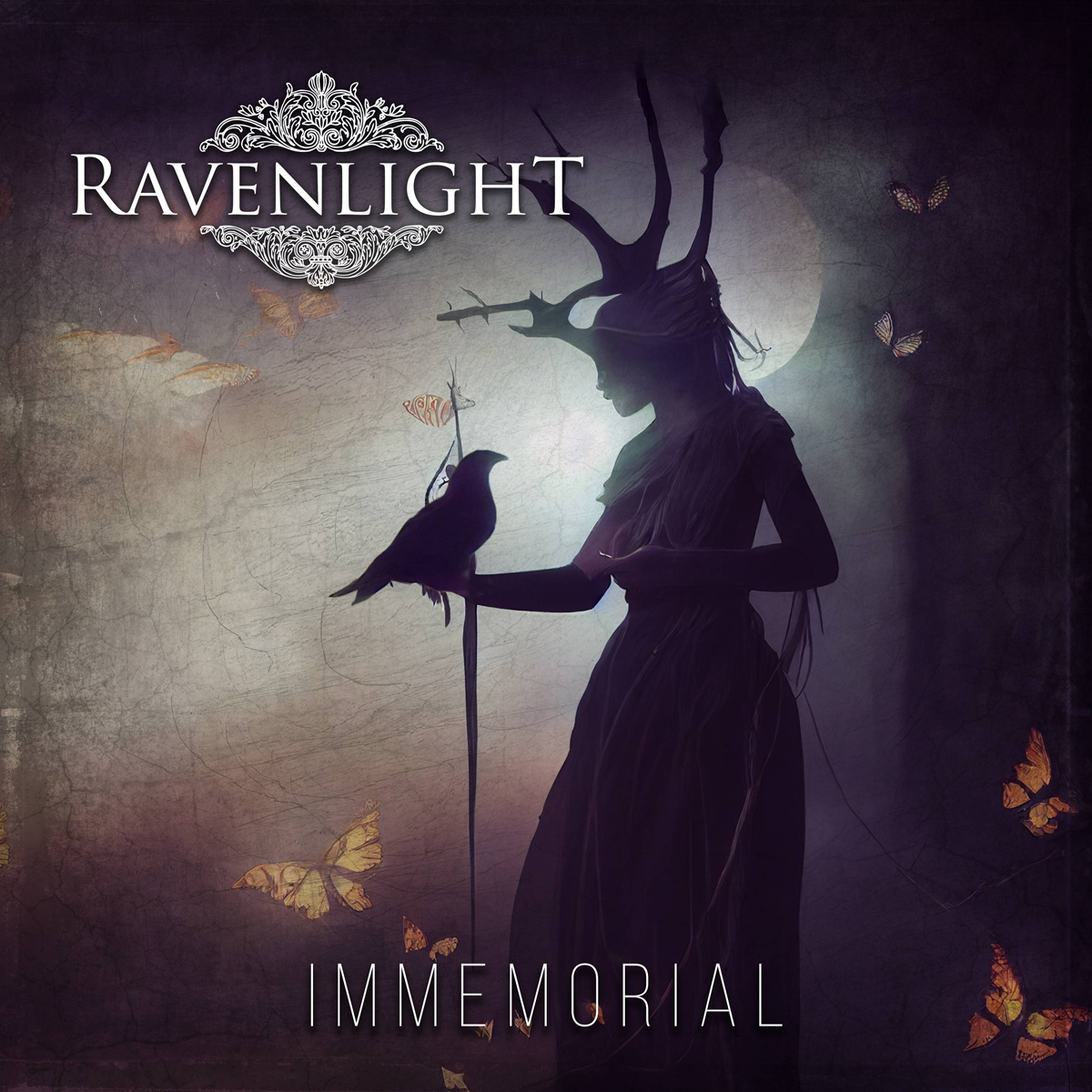 In a few days, RAVENLIGHT’s new album “Immemorial” will be out on Distortion Project Records. The debut album came out on Novus Records and you released the live album independently. What’s the story behind these changes?

That’s all because of the business side of the band. We sublicensed the first album to distributors directly because we weren’t happy with the offers we were getting from labels at the time. We ended up realizing that it made more sense for us to skip a formal label deal, work directly with distributors and get the same worldwide release, but without losing 50%+ of already slim margins and keep full rights. Because it was physical distribution they needed a label number to catalogue it, so we named it Novus. Because “Intermission” (EP released in 2021) was digital only, it was a much more straightforward process so we didn’t need a label branding. With the first album finished, we started talking to labels for “Immemorial”, which thankfully included better offers, and we felt Distortion Project Records was best for our short term album plans and also long term plans for the band. There’s a few opportunities like our upcoming UK tour that we wouldn’t be able to do without them.

Okay, let’s talk “Immemorial”, starting with the album cover art and the title. There’s a woman person that looks like a wood nymph, a raven on her hand, lots of butterflies in the air and moonlight in the back. How must we associate all this with the title “Immemorial” and what meaning do you give to that word?

“Immemorial” is an album that contains songs that reflect different aspects of human emotions – love, fear, anxiety and bereavement. The title “Immemorial” refers to “time immemorial” and the idea that the past seems so long ago and yet is so vivid in memory. During lockdown, I personally got really into tarot readings. I like the fact that tarot can be used as a tool for introspection. I think myself and the rest of the band went through a whirlwind of emotions and feelings in the last two years and a tarot card I kept reflecting upon was the High Priestess. This card resembles spiritual insight and wisdom and often is called upon when one is in a stage of reflection. Long story short, I have been inspired by this imagery and when John (Connor – guitarist) came up with the art work, I saw a strong woman interacting with nature who seemed to be in a state of reflection and understanding and I knew that this imagery reflected everything that was contained within the themes of the songs in our album. Also, it can’t be helped to include a raven in our album art! Ravens are incredibly sensitive and intelligent creatures! I must also say that the imagery of butterflies reflect the idea of a rebirth of self.

The first two singles and videos that have been retrieved from the new album were “Reflections” and “Spirit Of Life”. On your Facebook page you ask which one is our favorite. But let me bounce back that question to you if I may: which of the two do you prefer and why?

I really enjoy singing our songs, but if I had to pick a favourite it would have to be “Spirit Of Life”. It’s such a positive song, it’s about enjoying life and enjoying the moment and that’s an ethos I try to live by. It was also a very fun song to record the music video for. We filmed a lot of the studio time and we had fun with it. And I believe life is supposed to be fun!

On January 11th, RAVENLIGHT dropped one more last song and lyric video for “Rain” before the album release on the 27th. Why particularly this one and how do you decide which one you release as a single? Does your label have anything to say about that as well?

We decided amongst ourselves that “Rain” would be a good single to release as it is quite melodic. I personally have a lot of fun singing it and I enjoyed recording the harmonies, so I was excited for our fans to hear that song before the album is released! It was also a good song to do for a lyric video, as the imagery of rain is an easy concept to capture in still images. 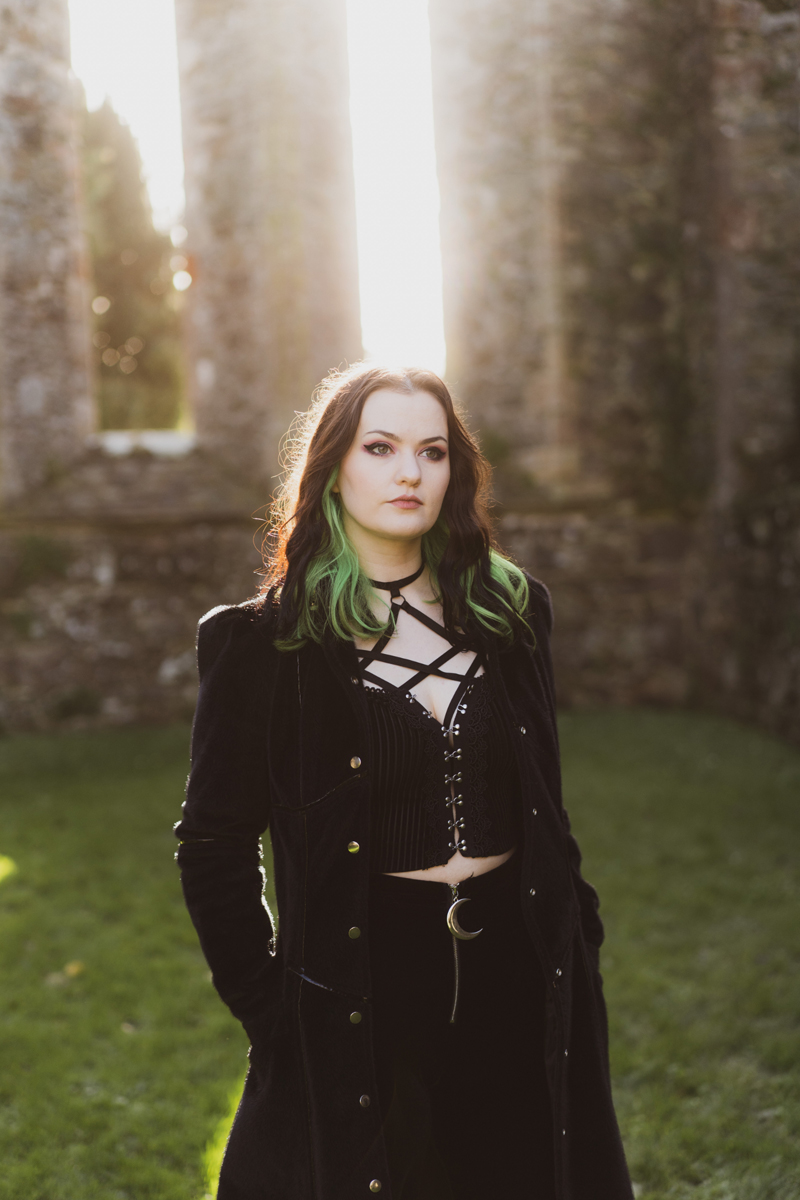 We’ll leave the discussion of each song to my colleague Isabell, who will write a review on “Immemorial”. So maybe it’s a good idea to learn your opinion on some of the songs on the new album. Please tell us which ones and what you wish to share about them.

“Left Behind”: This song was written by myself and John, with the lyrics being written by me. It’s a song about leaving an abusive relationship and finding peace within yourself. I think it’s a theme that, unfortunately, many people can relate to. But the point of the lyrics is for the listener to be able to relate to these themes! It’s important to share these experiences, as many of us share them.

“Spirit of Life”: This song is about enjoying your life and enjoying the people you choose to spend your life with. I think it’s a theme many people can enjoy! John wrote the lyrics to express the bright side of life and it was a lot of fun to record the vocal melody with a smile on my face, knowing that I was surrounded by close friends.

“The Maze”: This song was written by John and Mike (Michał Bugajski – drummer) – Mike wrote the lyrics and it was such a privilege to sing the words he wrote from the heart. It’s a very genuine song about dealing with mental health, it was an honour to turn his words into a melody.

There will also be a ‘special edition’ of “Immemorial” available with a couple of instrumental tracks and some orchestral versions. Who’s idea was that, yours or the label’s?

That was John’s idea! It’s always fun to sing along to the songs you enjoy and I think it’s good to provide alternative versions to listeners who might like to sing by themselves.

On all the promo photos I got there’s only you, John and Michał. Will there be new ones made with bassist Dean Kane, who joined RAVENLIGHT in 2022, as well on them?

Yes, we are hoping to do a photo shoot in the future with Dean! Dean is a fantastic addition to the group – we all have fun traveling to gig venues together! He has a great sense of humour and he works very hard, we are grateful to have him on board! We have simply had scheduling issues in the past when arranging photo shoots – Dean sometimes has to work on weekends and the rest of us work weekdays only – some day we will get a Friday where we are all available and ready to take photos together! Luckily you can see Dean in our video for “Mask Of Red Death”!

The album launch show will be held on February 18th at the Limelight 2 in Belfast with special guests Gravity Well and Bakken, two local bands who play in a completely different genre than RAVENLIGHT. Have you planned any surprises for that night without giving too much away already?

Hmmmm… Without giving too much away?? I have plenty of ideas and plans… let me say this much, I finally purchased a wireless microphone set up, so the crowd might find me running circles around them in the pit!! I also have an absolutely fabulous custom outfit in the works, but I can’t share details or I might ruin the surprise. 😉 I love to make people laugh and have fun at our shows, so attendees should expect the same standard of goofy fun at our album launch show!

Thank you for the interview, Rebecca!!

Thank you for having me! Lots of love to you and anyone reading, I hope you enjoy listening to “Immemorial”!