Belgian gothic/symphonic metal band ELUSION will drop their second full-length album “The Fundamental Paradox” on January 13th. In 2019 they debuted with “Singularity” and since then things have calmed down a little bit. In 2021 bassist Kristof Degreef parted ways with ELUSION, but that didn’t stop the remaining members Evy Verbruggen (vocals), Domingo Smets (guitar/vocals) and Frederik Van Mieghem (drums) from carrying on. The three of them released a new single “Science|Fiction” in 2022, the warming up for the new album. We had the opportunity to interview Evy about “The Fundamental Paradox”, although the contact with her was a bit arduous due to illness. 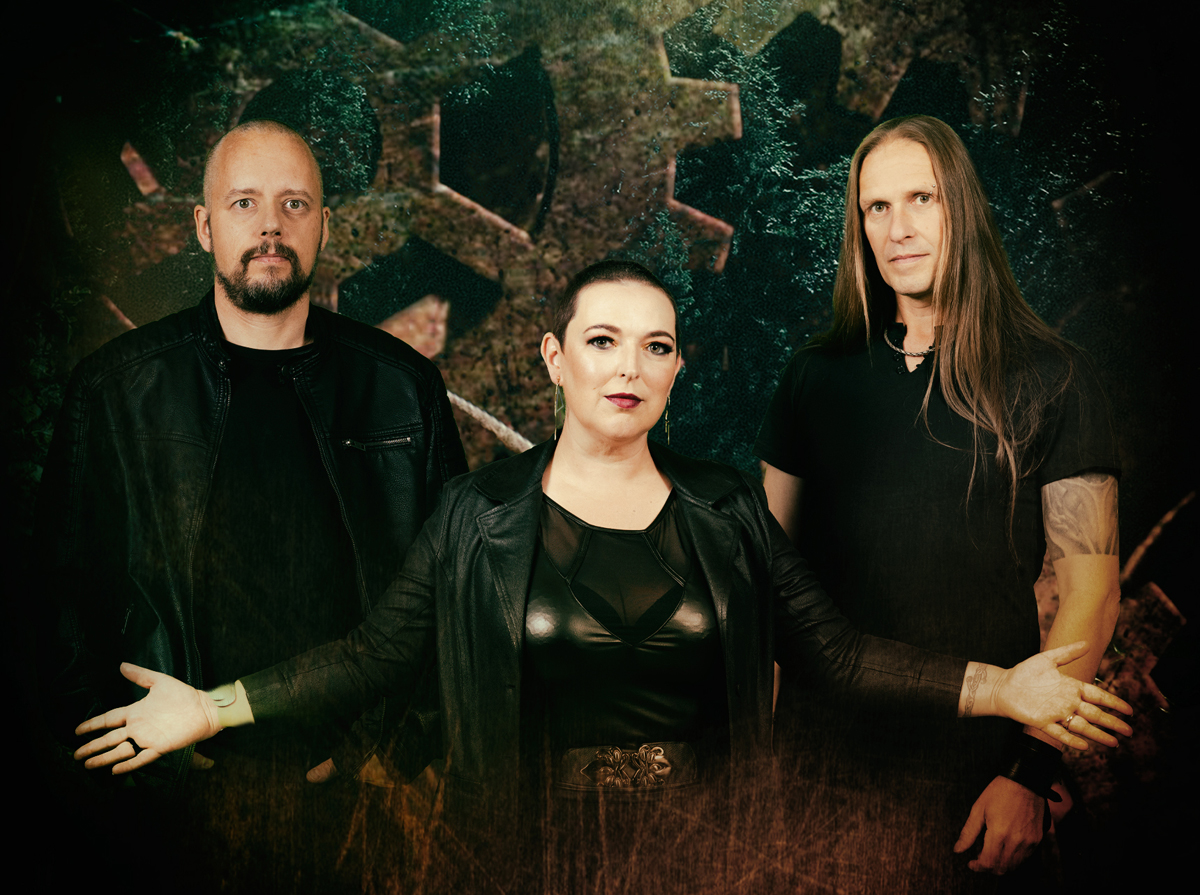 First of all a question about your official website, www.elusion.be. Is it still under construction? Because when I click on BIO for example, all I see is a picture of the band and not a written biography.

Yes, the website is still under construction. We had some technical difficulties, unfortunately, but we are doing our best to get everything fixed so both the website and web shop are up and running.

In 2021, bassist Kristof Degreef, one of the original members of ELUSION, left the band and ELUSION was reduced to a trio. For the album, guitarist Domingo Smets recorded all the bass parts (except on “Chiaroscuro”, which was done by Joeri Herregat). Are you still looking for a new bass player?

Difficult to say, we have a new guitar player, Anton, now for live shows and to be honest, it works really well this way. Maybe if we run into the right person, but at the moment we are not actively looking for a bass player.

ELUSION’s debut album “Singularity” came out in 2019 via Art Gates Records. Your new album “The Fundamental Paradox” will be released independently on January 13th. A lot of bands are doing this nowadays, detach themselves from mutual commitments. But what was the reason for ELUSION not to choose for a release through a label?

As a smaller band, it’s not easy to get a really good deal with a record label. You often end up being a really small fish with a major label or a bigger band with a small label, that has limited financial means to support you as a band. We thought about all options very carefully and decided to not sign with a label and release the album ourselves. It demands more from us as a band, we have to put in extra work and money, but on the other hand, every Euro we earn now will flow directly back to the band. 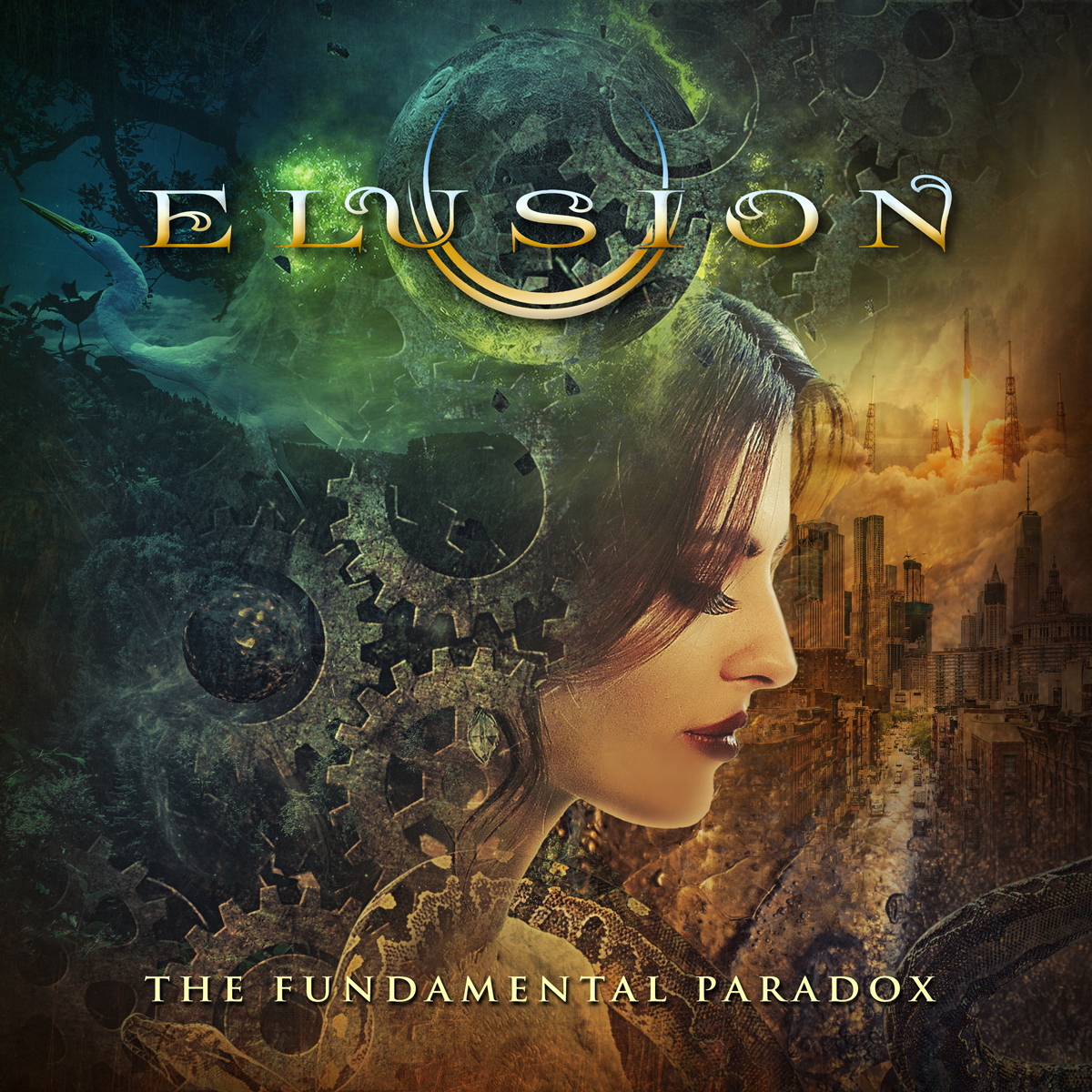 The title of the new album, “The Fundamental Paradox”, perhaps needs some explanation. According to ELUSION, what are the fundamental paradoxes that we encounter in modern life?

Good question! I think life is full of paradoxes, perhaps one of the biggest paradoxes in modern life today is the fact that so many people suffer from FOMO, constantly being online, updating their social media and going to events, while on the other hand there are so many people diving into mindfulness, meditation, seeking this calm of mind and simply wanting to return back to the simple basics in life.

All the music was written by Domingo and all the lyrics by you. Is the economic and political unstable situation that we live in nowadays a source of inspiration for your lyrics?

Not really no, the inspiration for the lyrics usually comes from really small events in life, that get me thinking or sometimes get me in a more philosophical mood .😊 But what I like most about writing lyrics is that I can tell my story in the lyrics, but yóu can read something else into it. Yóu can create your own story with these words.

The album cover art was created by Jan Yrlund from Darkgrove Design. Please tell us all about it. The bird and nature on the left, the rocket launch and the city on the right, the girl with the cogs in the center and the giant snake on the bottom. What do they all represent?

The cover art for me is an excellent representation of what this album is about, so many paradoxes, light and dark, nature and technology, but also for example beauty and danger that you can find within the beauty of nature. All elements on the cover art are pieces of the puzzle and we as humans are right in the middle, trying to understand and comprehend it all.

In November 2022 the first single and official music video for “Science|Fiction” was released. Is this song about how we humans always wittingly try to explain everything on a pure scientific base and are searching for rational answers only, despite our limitations to do so?

Well, like I said before, everyone can create their own story through the lyrics. For me, the song deals with the duality of the concept of Science Fiction. Where both words may seem opposites, it is often so that fiction precedes science. The fantastic things we can come up with in fiction challenge the scientific world to explore this concept, so this fantasy can become the new reality.

At the very end of 2022 ELUSION released another video for the opening track on the new album, “…In Love And War”. That sounds like a vow at a wedding between two people who love and hate each other at the same time, something that is in the lyrics as well. Was written for anyone particular?

No, the song was not written for anyone in particular, I am lucky that I am happily married. But there are a lot of people who are in a dysfunctional relationship.

Now that we’re talking about song titles on the new album: “Chiaroscuro”, “Acrimonious”, “Isochronism”. Not really the easiest ones to predict what they are about. So perhaps you can give some further clarification?

“Chiaroscuro”: This song deals with how our perception can be completely different if you look at things from a different angle. Like, when you are walking in the street and you hear footsteps behind you, perfectly normal right? But, create that same situation in the middle of the night, and most of us will start to panic.

“Acrimonious”: This one is really about how difficult situations or people can give you more strength and resilience.

“Isochronism”: This really is about the paradox that even if you do nothing, you cannot stop the world  from spinning. Not doing anything is, in fact, also doing something and it will have an effect on the rest of the situation. 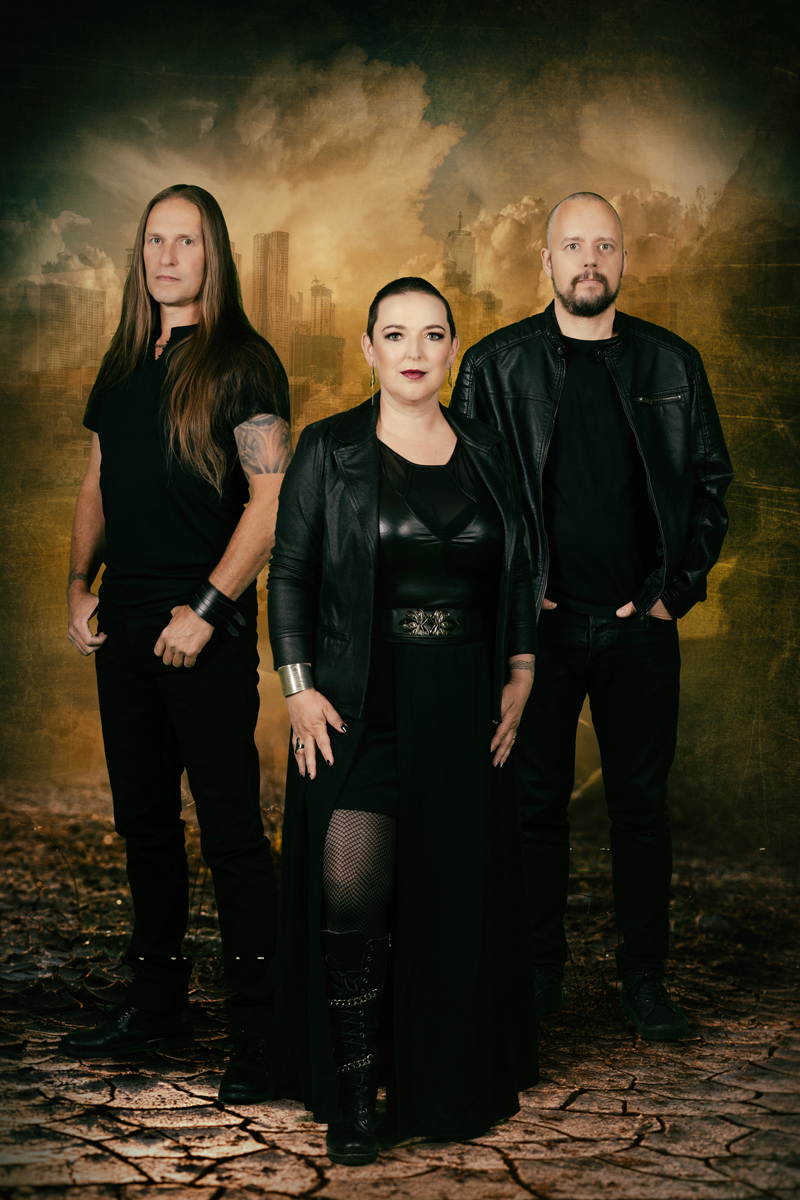 Most of the tracks on “The Fundamental Paradox” are very heavy with both clean and guttural vocals (sometimes even simultaneously). There are two exceptions, however, the folky metal song “From The Woods To The Water” and the semi-rock ballad “Isochronism”. This makes the album more varied and enjoyable to listen to. So… well done!

Thank you very much, I am happy that you enjoy the album.

By the way, are there any songs on the new album that you are looking forward to do live?

Well, “Isochronism” is one of my favorites, so I am really looking forward to playing that one live.

There will be a free CD release show on February 3rd in Diest, Belgium. Not with Manora, but with Dutch symphonic metal band Dance With Dragons. Are you going to play all the new songs there?

Yes! All songs will be played live that night, I am really looking forward to this show.