Older female metal fans will remember her, Olga Romanova, the redheaded singer of Russian gothic metal band DARK PRINCESS that released two Anglophone albums with her on vocals, “Without You” (2005) and “Stop My Heart” (2006). But then suddenly she went off the grid. DARK PRINCESS’ album “The World I’ve Lost” (2012) featured singer Natalia Terekhova, from Olga still no sign. But did she really turn her back on the music business or was she secretly preparing her comeback? Olga, who’s surname is now Trifonova, gives a full explanation on what she’s been up to since 2008 in this interview with her. Hello Olga and a very warm welcome to Female Fronted Power. How are you experiencing, as a Russian, the tense political situation between the East and the West at this moment?

Hello! I am worried, like all my friends, and I really hope that peace will finally come to the world!

You have been away from the music business since the release of the DARK PRINCESS compilation album “Stop My Heart / Without You” in 2008. You also have a new surname, it’s not Olga Romanova anymore, but you are known as Olga Trifonova now. Can you please tell us in your own words what happened between 2008 and 2020?

After leaving DARK PRINCESS, I was a frontwoman in another metal band for almost a year. The following year I solely devoted to my daughter, born in 2009. Then my life went back to the traditional creative track – working, studying and doing scientific research. I lived in Portugal for a few years, where I opened an art school with two directions: Music and Needlework. I taught children the basics of music and everyone irrespectively of age how to create jewelry from beads, stones and crystals. After returning to Moscow, I defended my dissertation on big data analysis and started teaching at the university. But I never abandoned music. I wrote songs and recorded them on a voice recorder, as they say in Russia, “wrote into the table.”

It was I who was not interested in reviving the band in the old line-up. I brought back to DARK PRINCESS only those with whom I wanted to continue my musical journey, who maintained a friendship throughout all these long years of my metal music oblivion”.

In 2020 you returned with a couple of Russian and English singles as a run-up to your upcoming album “Phoenix”. The title couldn’t be more appropriate, as DARK PRINCESS has risen from the ashes like a phoenix. What made you decide to come back and record a new album?

I found out I could get back the DARK PRINCESS brand copyright and I immediately started doing that. In parallel with solving legal issues, my songs from my voice recorder started to be performed in a studio. As a result, within a year I recorded songs for almost two albums, both in English and Russian. I didn’t plan anything special, apparently, it was just time to return and it happened by itself.

During your career, you have always written both Russian and English lyrics. Do you write them yourself in English or do you have somebody that translates them for you? Do you have a preference for a language as it comes to singing? 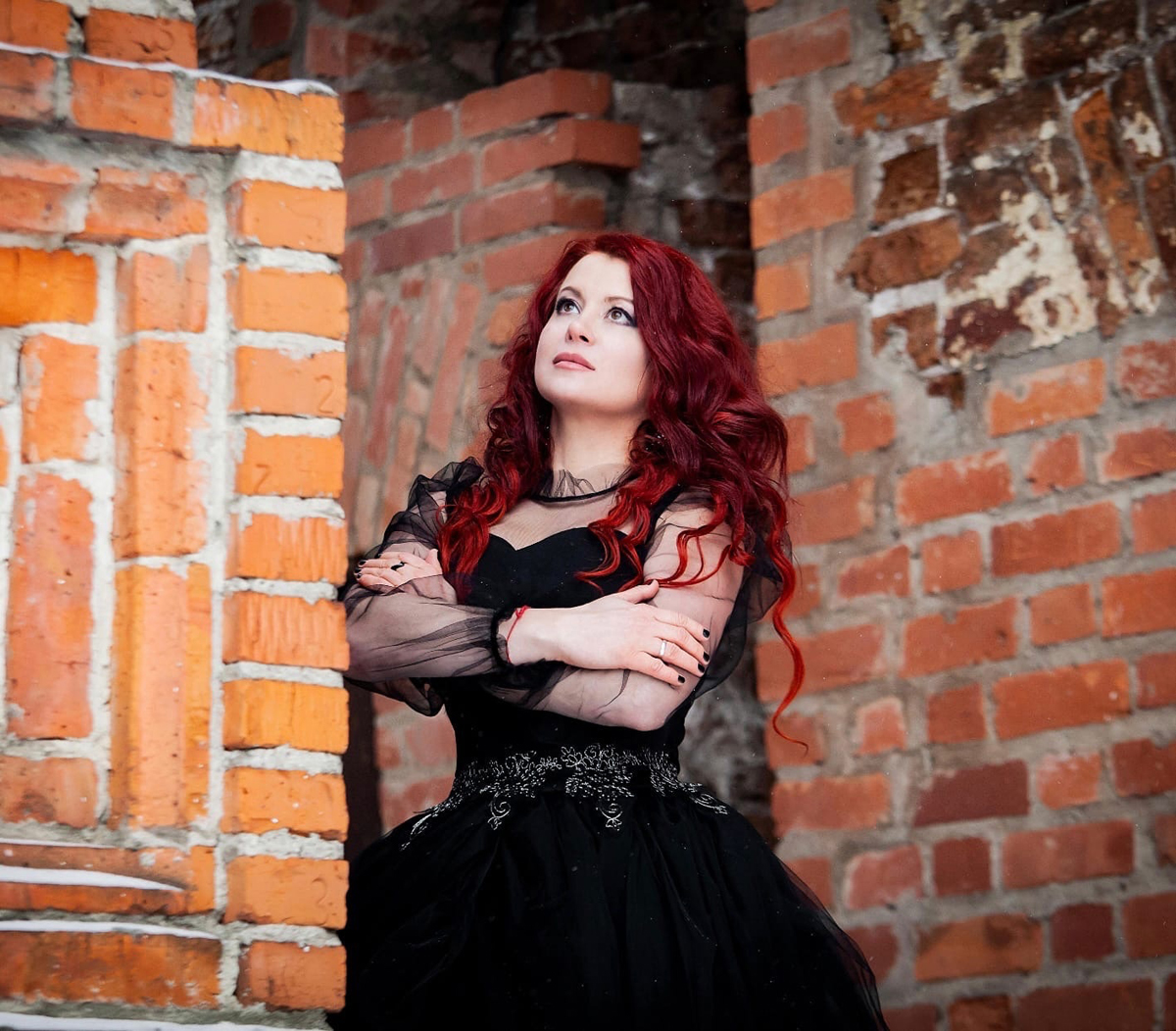 I compose songs in pseudo-English (I sing whatever comes to mind, the first variant is far from reasonable). First, the melody is born and then I start working on the lyrics. I write the text in Russian myself or with my friend and talented author, Irina Khairullina. We have known each other for over 20 years, understand each other perfectly, think the same way and even write the same phrases. I also write texts in English, but for me this is more difficult, I don’t feel the non-native language as well. So, to write English texts, I often ask my other friend and author Alena Gindina for help, she has the talent to find elegant words reflecting my mood and the state of my heart. In a recording studio, I prefer to sing in Russian. This is because in my native language the songs sound more emotional and I live through them with each performance. And when I sing in English, I can’t stop thinking about my phonetics teacher that controls my pronunciation and does not allow me to better express my emotions, my soul. But in the end, I understand that my songs in English sound more ‘commercial’. In terms of live performance, I equally love songs in both languages because then I don’t think about pronunciation and I give the listeners the whole range of emotions.

The line-up of your band has almost been completely renewed, only you and Stepan Zuev (keyboards) are left from the ‘old guard’. The other guys weren’t interested in a DARK PRINCESS ‘reunion’?

It was I who was not interested in reviving the band in the old line-up. I brought back to DARK PRINCESS only those with whom I wanted to continue my musical journey, who maintained a friendship throughout all these long years of my metal music oblivion. I like this feeling of being in control of my music life and making decisions about the fate of the band. I will try to do everything to keep the band no matter what. 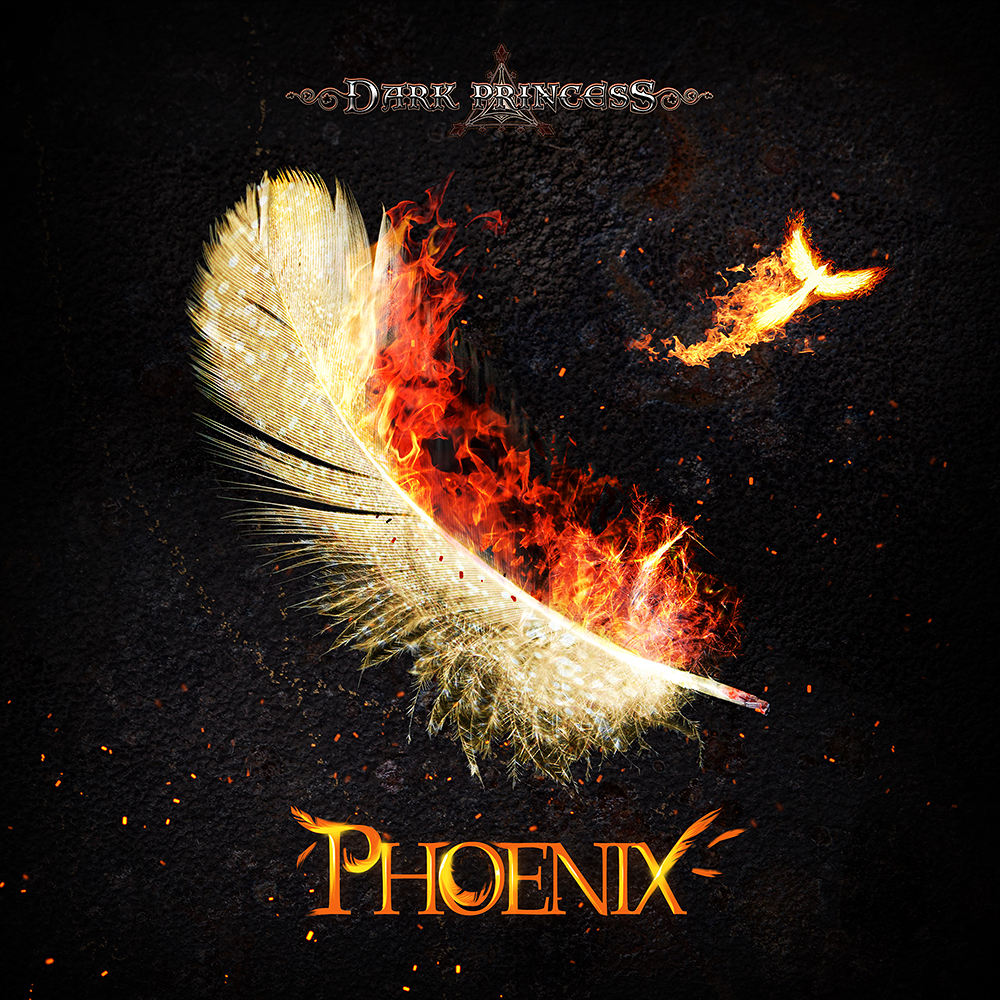 You have released four videos from the new album until now, three official music videos and one lyric video for “Not Enough”. It is precisely that one that would have been eminently suitable for a music video, as it is a beautiful (rock) ballad. There is some story in the video, but why did you choose for a lyric video?

The history of this video is interesting. We shot a touching epic video for the Russian version of the “Not Enough” song, a no less emotional ballad about a tragic love story (“Nas Net”). The shooting occurred in several beautiful locations near the Baltic Sea on the border of Russia and Lithuania. I don’t want to spoil it, this video release is not even planned yet, so I will be brief. The story of the video is, of course, about love, which is no more. What’s left is pain, memories of the past and broken hearts. The shooting was extraordinary: in the dunes, seashore and huge sea rocks. I played the melody on the piano at the summit of Filinsky Bay. According to the story, the present alternates with memories of the past when love was alive. Filming these memories took place in a studio in Moscow. When we finished, we came up with the idea to shoot a few more scenes of this love and my loneliness and make them into a lyric video. So, one can say the video “Not Enough” is the trailer for the “Nas Net” video. And our fans will soon be able to see the whole story of this tragic love.

But as for the come back single “Falling To Fly”, “My Shadow Self” and title track “Phoenix”, only praise for the beautiful music videos and excellent songs. You could say, in the memorable Keanu Reeves quote: “You Wanted Me Back… I’m Back!” (John Wick: Chapter 2). Are you happy to be back?

Yes, I am happy that in August 2020 I made the right decision to revive DARK PRINCESS. It all started with me, let it continue with me. Unfortunately, I haven’t been able to listen to the whole album yet, just a small sneak preview of each song. The album has a mixed flavor of symphonic metal songs and a few more laid-back ones. So there’s something for everyone. Both the old DARK PRINCESS fans and possible new ones will be pleased, don’t you think?

Yes, you are right. There are songs on the album that our old fans will appreciate, they are in the spirit of the old DARK PRINCESS. These are songs I wrote at the beginning. And there are tracks with a very different sound. If our old fans don’t like the new sound, well, I’m sure there will be some who will. We always welcome new fans! I’m proud of this album. It has my soul and is deeply sincere.

When “Phoenix” is released on January 20rd, will it be able for you to go on tour through Europe or is that, either financially or for obtaining visas, not possible for DARK PRINCESS?

Unfortunately, the world’s situation today is not favorable for such tours. So, let’s wait for better times to meet our European fans. That time will come, I’m sure!