When we started Female Fronted Power in 2020, news about Australian symphonic metal band VICTORIA K was the first post ever we published and Victoria herself was one of the first we interviewed after her debut album “Essentia” was released. Now, two and a half years later, VICTORIA K are eager to launch their sophomore album “Kore” on October 14th through Rockshots Records. And again, we had the chance to interview Victoria and ask her everything and more about the new concept album.

The last time we interviewed you was for your debut album “Essentia”, that came out in 2020. So let’s start with a “how are you doing, Victoria”?

Hey, it’s great to be back! I’ve been very well, thank you. We recently did our Australian tour for “Essentia”, which was incredible, as well as released two singles from our new “Kore” which we can’t wait to get out soon!

In between “Essentia” and your new album “Kore” you released “Essentia (Live Isolation Concert)” that resulted in both a video and a live album in 2021. How hard has Covid hit Australia and yourself last year?

Last year we were hit with a few smaller lockdowns and one massive one. However, towards the end of the year I remember we completed the album “Kore” during the peak of the Covid crisis. We found that we could work on most of the album remotely, and since we were locked in, we could focus all our time and energy on the project. Towards the end of the year we were lucky enough to come out of lockdown in Australia, as we were able to complete our national tour with Carmeria. Which was pretty killer, since we just had a massive lockdown, so at the time of the tour, the live music scene was hectic in the most amazing way possible. 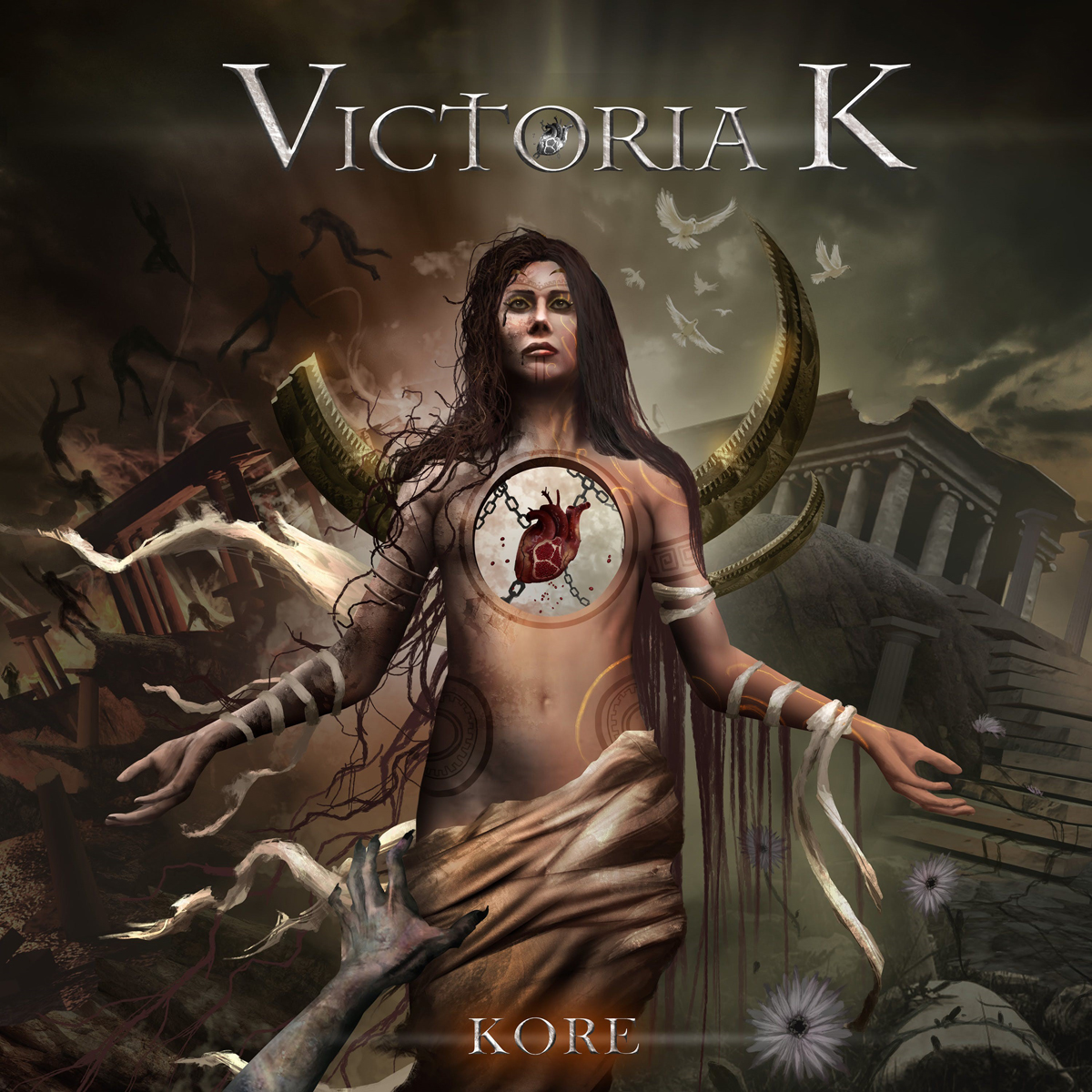 “Kore” is your second album for Rockshots Records, so the cooperation must be good. Your thoughts about them?

Rockshots have been super easy to work with. Since we worked with them on “Essentia”, it has made “Kore” a very easy process, because we (from both ends) know how we work with each other. The “Essentia” album cycle was also a really great collaboration. Rockshots I’ve found have always been amazing to work with and continue to be really easy to collaborate with.

“Kore” is a concept album based on the Homeric Hymn to Demeter (the story of Persephone). On the album, you worked with producer Lee Bradshaw again, as you did on “Essentia”. Can you tell us some more about this Greek Hymn?

The record is a concept album based on the ancient Homeric hymn to Demeter, (mother of Persephone). Where Persephone is stolen and taken down to the Underworld, where she has to reside for 6 months a year. The tale entails the concept of the seasons as well as many underlying tones of feminine liberation, power and control. The story goes as follows: Kore, Goddess of Spring, was picking flowers in her garden when Hades saw her. He thought she was the most beautiful goddess he had ever seen, so he stole her and took her to the Underworld (Hell), to be his wife. Kore’s mother Demeter, Goddess of the Harvest, was struck by grief and went on a search to find her, ordering the humans to build a temple in Kore’s honour. Demeter who was so consumed by grief caused the earth to die and become barren and cold. While in Hades, Kore changed her name to Persephone, meaning Bringer of Destruction. When she tries to leave, Hades tricks her into eating 6 pomegranate seeds and because she has eaten food in the Underworld she cannot leave. She then makes a deal that for each seed she ate, she stays one month in the Underworld, and for the other 6 months, she can be with her mother. So, for the 6 months she is with her mother, there are flowers and Spring and sun, and for the 6 months she is in the Underworld the earth is dark and cold and barren.

The first single taken from the new album was “Persephone”. A perfect way to explain what “Kore” is all about?

I think this song falls at the heart of the story, where the character of ‘Kore’ becomes the character ‘Persephone’, hence the name. In this song she finds herself trapped in the Underworld, but also pulled by the dichotomy of who she was (Kore) and who she now is (Persephone) ; reclaiming her body and her identity as her own. I also think that this track encapsulates the whole sound and feel of the album, with the symphonic elements, the heavier elements and the ancient Greek elements which I really wanted to shine through.

After that came “Tower”, the longest track on the album. It also has a special meaning lyrical-wise. Can you tell us some more about this song?

Demeter orders the people to build a tower/a temple in her and her daughter’s name. The song questions this ideology, of beliefs and humanity’s ‘need’ to follow a greater power. The temples are the same, but the Gods and icons have changed over hundreds of years. It uses philosophical standards and questions the reality of these higher powers, challenging our belief systems, and asking why we worship mortal things as well as divine entities. It begs the question ‘who are we, without something to follow?’ ; highlighting how humanity’s motivation to create icons has never changed. Leading to societal hierarchies and structures, such as the common capitalist structure. Parts of the song are from the perspective of the working class, represented by those who built the temple. The world in which we live is built upon this class and these people are now being somewhat exploited and neglected. Again, leading back into the power struggle and dynamic that comes with leaders and followers. We wanted this song to bring this idea to light and rethink the story from a different, understated perspective.

The new album starts off a bit wary of power and volume, but after “Persephone” the breaks are released. On “Kore”, bassist Charlie Curnow is doing all the harsh vocals and not Sheri Vengeance, who worked with you on “Essentia”. Why?

On “Essentia” we have Sheri singing as a featured guest extreme vocalist, and she did an amazing job! On “Kore” we have Charlie Curnow on extreme vocals, which to this album brings a new and different sound. Both vocalists in my opinion are great!

“Blasphemia” is probably the hardest and fastest track on the new album with some thrash metal influences, a few calmer passages and a Mediterranean vibe. Who came up with all these ideas in one song?

I remember writing this song during the lockdown in a lot of smaller parts. I wrote the chorus for one song, then the middle section where the time signature changes for another song. At this time, I was also listening to a lot of heavier thrash-style bands, such as Alien Weaponry, so it only made sense for this song to come out with some heavier thrash tones. However, just as all of our songs are written, I wrote all of the parts and then went into the studio with our producer Lee Bradshaw, where together we refined the music, lyrics and melodies and then worked on the orchestration, which was recorded by the Budapest Scoring Orchestra. 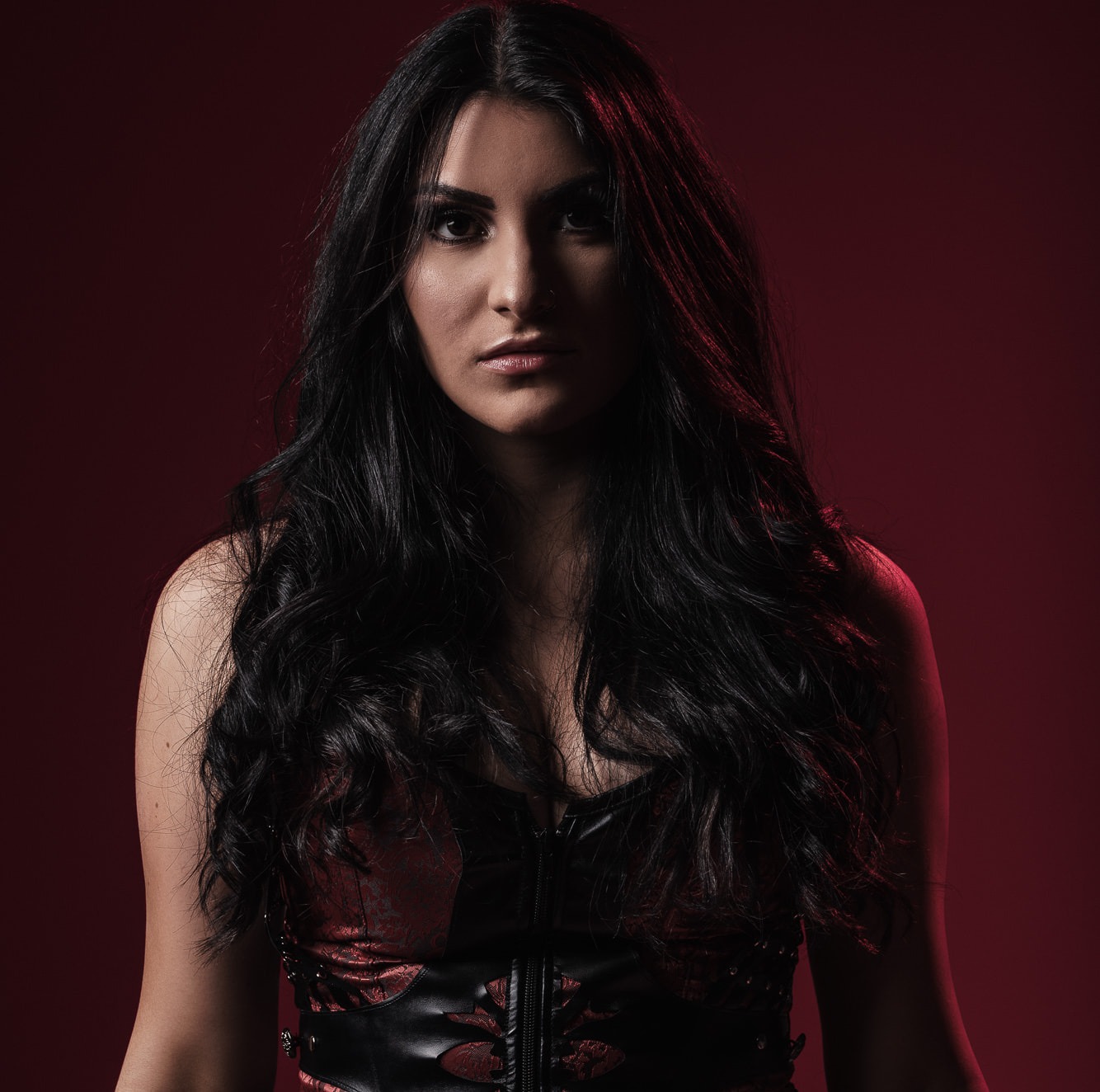 The next song on the album is “Pomegranate”. A very interesting one, as you use ancient Greek in the bridges that gives the concept even more depth. Was it hard to learn this, as it is not the same as modern Greek and had many dialects?

For this one I took a passage directly from the original hymn that correlates to the song. Since I can’t read ancient Greek, I sent it to a translator who read it out for me so I could then copy what he said. I can read and speak modern Greek, but it is surprisingly extremely different from ancient Greek, so it was a bit of a shock, even the way the language sounded was very different. But I wanted to add a touch of authenticity, which is why the Greek spoken part of this sound is directly from the text. As for the sung sections, I sent those to the same translator in English, who I then worked with to translate and learn them in ancient Greek.

“Kore” has a “Prologue” and an “Epilogue”. So this means it is a completed story. Why did you especially wanted to tell this Greek Hymn and in what way does it reflect our modern life?

I think that this hymn has a lot of underlying tones and themes that can be touched upon. Initially, I wanted to tell a story from my own culture, and then it was about finding the right story to tell. I’ve always loved the hymn as it is such a beautiful story and I don’t think it has been told enough. Themes that relate to feminist views such as female bodily rights are something I touch upon through this story, for example when ‘Persephone’ reclaims her identity in the self-titled song. As well as in “A Divine Revelation”, where I speak about the constant mistreatment of women through history and how now we are realising how powerful and divine women are as beings. Songs like “Tower” touch upon social structures that in our modern society we face every day, such as consumerist, capitalist and materialist structures ; where the lower and middle class are exploited for the benefit of our society. Overall, the hymn is one that can be interpreted in many different ways and this is just how I have done that.

In 2021 you left SILENT ANGEL to focus on your solo career. They have recently signed to Rockshots Records as well and will release a debut album in 2023. Do you still follow them?

I remember working with Silent Angel and I love and support each and every one of the members and I hope the band finds a lot of success.

Last question. Will we see VICTORIA K on tour with SILENT ANGEL in Europe next year?

Well, I guess we will have to see! I understand both us and Silent Angel have a lot of endeavors planned for the future and it would be great to play shows with some friends for sure!