So far, symphonic metal band TIGERSCLAW, that operates from Germany and Russia and consists of Elena Minina on vocals, Alexander Baier who does all the instruments and Ralf Neumann behind the drumkit, have released two excellent albums. “Princess Of The Dark” (2017) and “Force Of Destiny” (2019) have both amply stand the test of time besides other great albums over that time span. If you haven’t heard them yet, you have probably been sleeping or lived somewhere under a rock. Recently, TIGERSCLAW released a new single, “Titan’s Dawn”, which is also the title track of their new album that can be expected at the end of August. We had an interview with Elena about the new single and album. 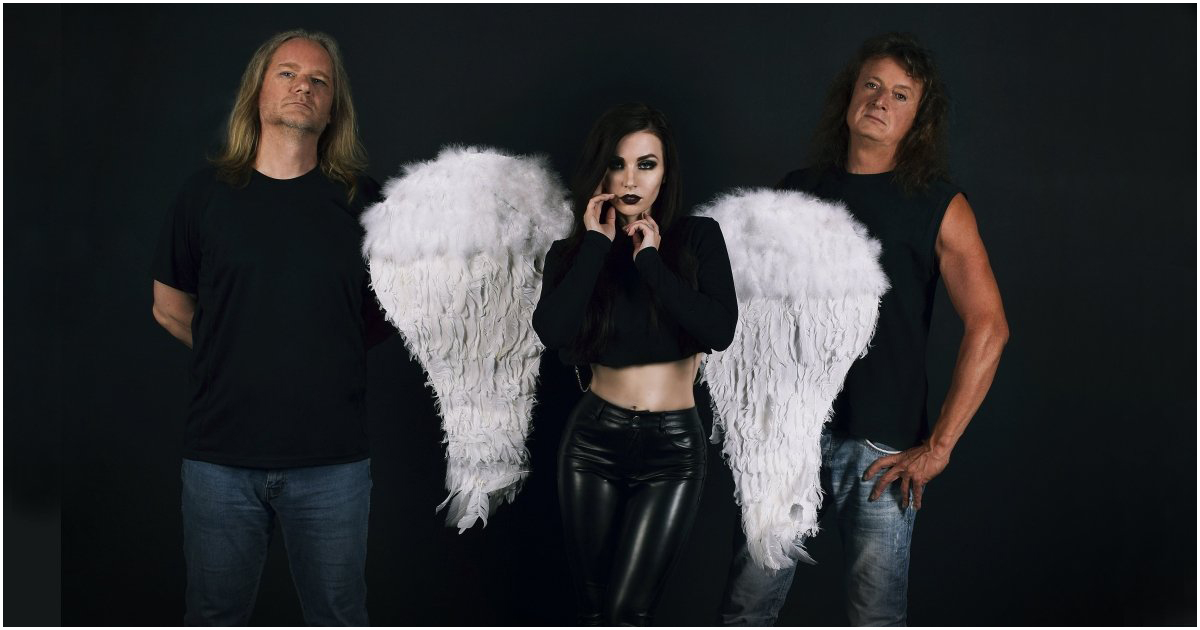 Hello Elena. It’s been a while, but finally there is a new TIGERSCLAW single out, “Titan’s Dawn”, which also happens to be the title track for your third album. Please tell us, what have you done since “Force Of Destiny” (2019) came out and how did you get through the Corona troubles?

Indeed, the Corona troubles has ruined lives for many musicians – the process stopped altogether for this period. But not for us. Alex wrote a lot of cool songs even before the pandemic and I had the opportunity here in Russia to record it during periods when quarantine restrictions were easing and I could come to the studio without risk. Of course, a bad mood touched us, at some days our author was completely sad without the opportunity to translate his ideas into reality. But we supported eachother and eventually overcame this difficult period! As a result, we came out of it with a huge number of new songs that have already been recorded! But not even all of them will be included in the new album – there are so many of them! 🙂 Also during the Corona period, I organised music streams in YouTube, and TIGERSCLAW songs became part of them. 🙂

Unfortunately, there’s no accompanying video with the new single. Will there be one later on? The story (the titans of the underworld conquer the world and bring down empires) is perfect for a cinematic video.

Yes, such a song needs a video in the spirit of the Lord Of The Rings, no less! 🙂 So far, it is not possible to shoot a full-fledged music video. But we just recently released a lyric video for this song – be sure to look at our YouTube channel!! Here is the direct link to “Titan’s Dawn”: https://www.youtube.com/watch?v=24N4Igfs_sQ

The new album “Titan’s Dawn” was recorded in your own studio. Did you record it live, with you, Alexander and Ralf in there at the same time or did each of you record their own part at home and then send it to back to Germany for the mixing and mastering?

Like the previous albums, we recorded our parts separately. Alex and Ralf at the studio in Tübingen and I am in Moscow, at a studio with which I have been friends and cooperating for a long time. Then I take all the vocal tracks – and there are a lot of them for one song – all the backing vocals, choirs and lead vocals. And I’m sending it to Alexander. Mixing and mastering takes place in Germany under the guidance of Alexander. But we continue to keep in touch and get information, consult how to achieve the best possible result.

All the songs are written by Alexander (music and lyrics) and he always does that with your voice in mind. Have there been any doubts by you or Ralf about a particular song on this album, where you wanted to have your input (basically, change some things)?

As for me, Alexander and I have long understood that we think absolutely in the same direction. In vocal parts, he gives me only the basis, outlines the milestones – and then I already come up with vocal parts so that they fall on the voice, are bright and memorable in the manner of performance, add some chips and can even change the idea in some places to achieve a better effect. 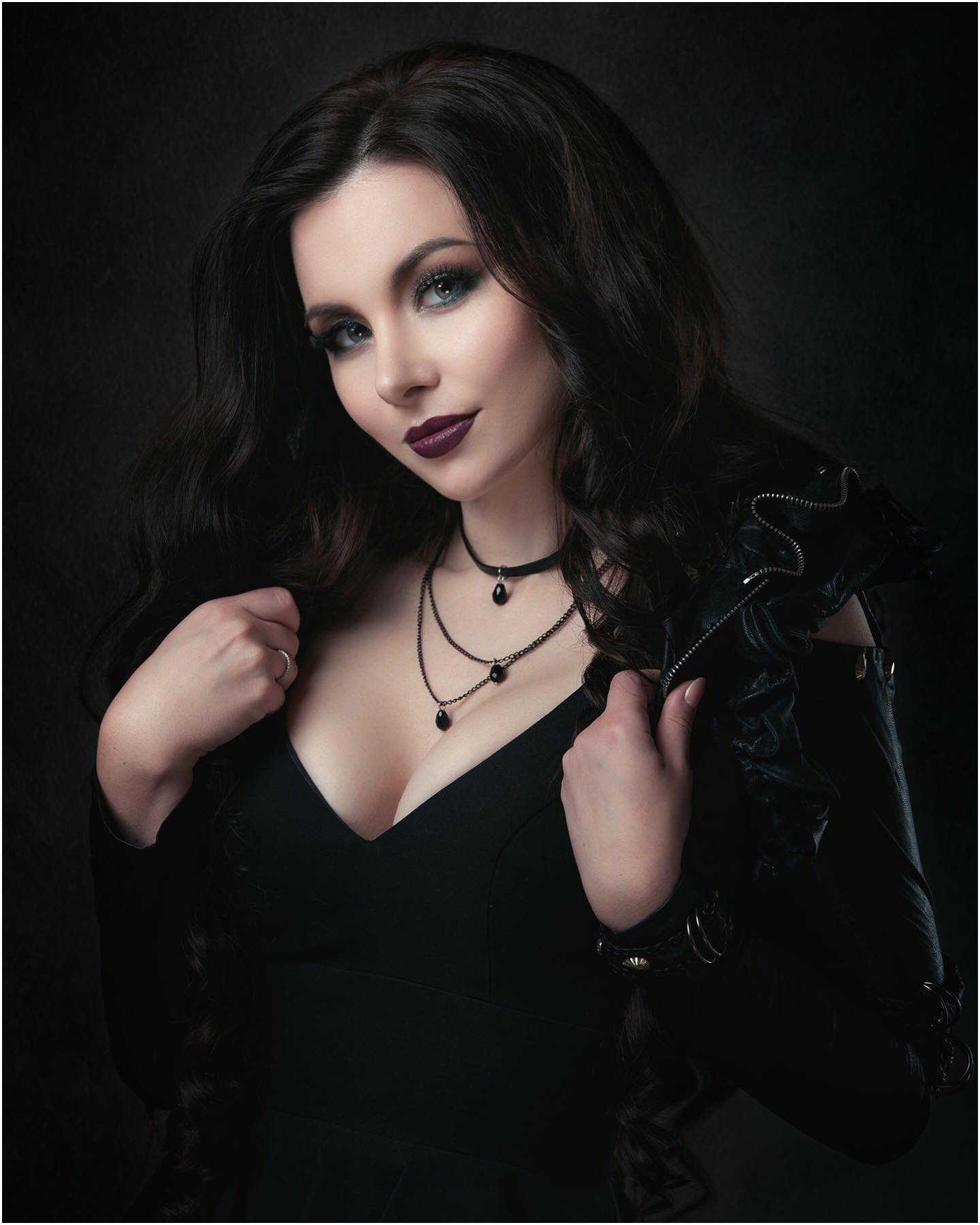 There’s also some room for classical elements in one of the songs on the new album, “Paganini Variations”, where Alexander merges various parts of Italian composer and violinist Niccolò Paganini (1782-1840) into one song.

Oh, this is one of my favorite songs on the new album! This is a unique combination of the author’s new material and quotes of the famous classical composer. I love such things. Therefore, I was happy to bathe in the possibilities – I came up with vocal parts in the style of virtuoso singers of those times! This song will not leave you indifferent, believe me!

On “Heart On Fire” you used a polyphonic choir (where two or more voices sing different things at the same time). Did you use a real live choir and if so, where did Alexander record them?

I record all the vocal parts for all of the songs. Once we resorted to the use of a male choir in the second album and my friends singers from Moscow helped me there. In the third album, we made it with my ability to sing in different registers and tricks of mixing. 🙂

Lyrically, on “Titan’s Dawn” Alexander uses stories from personal experiences. The disc contains texts about gods, titans, inner turmoil and torment, life and death, but also belief in love and the longing for harmony in life. That’s a lot of sources he can draw from. How about you, where do you get your inspirations in life from?

I always draw inspiration from books, movies, nature, history and life itself – from communication with different people, our experiences and passions. I find many details of our everyday life inspiring and I think it’s easy to create if you can see the amazing in the ordinary. 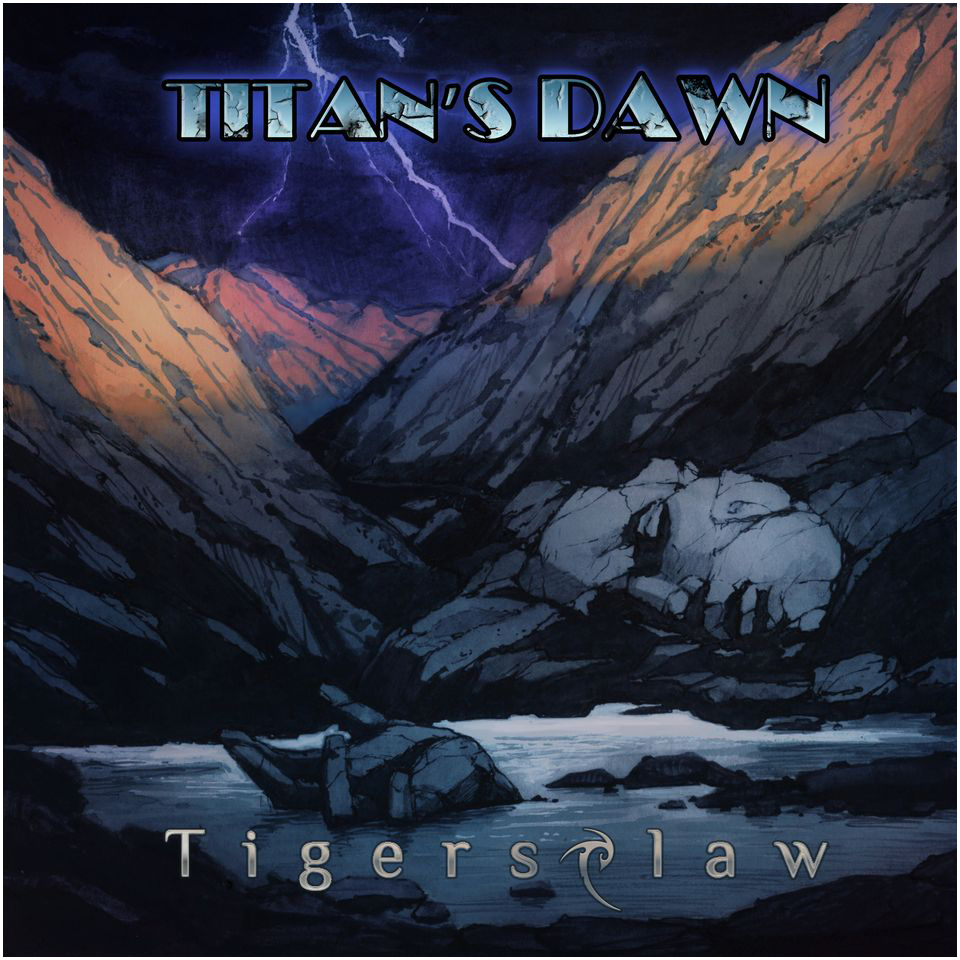 The cover art was made by the Grammy award winning (for Frank Zappa’s “Civilization Phase III” album) artist Yuri Balashov, who also created your new TIGERSCLAW logo. How did you get him to do the drawing for “Titan’s Dawn” and what do we see on it, a Titan that has fallen?

Indeed, Yuri Balashov created our logo. He was helped by his colleague and my friend Dmitry Lvov. But unfortunately, Yuri passed away in 2020. This is a big loss, of course. But he stays with us in his extraordinary works. The cover for the “Titan’s Dawn” single was drawn by a very young artist, friend and fan of the band – Evgenia Rozhdestvenskaya. She is only 22 years old, but she is very talented. This is her personal view of the song, we didn’t ask her for anything specific. She saw these giant body parts against an epic landscape. We were very inspired and pleased with her gorgeous work and the design of the entire album, we also entrusted her!

Of course, you hope that the old fans and the new ones will like the album right from the start. But would you still advise them to listen to it multiple times to discover new elements in the songs with each spin?

Yes, absolutely. Alex‘s songs are quickly remembered, in a good sense, hits are stuck in your head, But there are a lot of subtle details in the songs and I always recommend listening several times. Such a song as “Paganini Variations” should be listened to more than once, in order to see the whole polyphony.

“Titan’s Dawn” will be out on the 7hard label somewhere at the end of July. Will you be able to support the album by a (short) European tour or at some festivals this Summer?

I have to correct you a bit. We changed our label for “Titan’s Dawn”, for our third album we signed a contract with Vengamedia, respectively Roca Viva. How should I say this? New brooms sweep clean. 😉 We decided that it is time to make a change and found in Vengamedia a reliable and great partner. Where we get full support and where a fantastic crew is working for us. And the release of the album will be late at August, it has been postponed a bit. We can’t await it like all of our fans who ask us nearly each single day when they can get more, but it is not only on us. Our work is done, the rest is in the hands of Vengamedia. If the release will be fast enough to make some Summer festivals? Not sure. Such things have to be planned and organized properly. We hope that it will happen, but it can be possible that due to later release and organizational reasons we will run out of time for this Summer.