Italian symphonic metal band SLEEPING ROMANCE decided to take a different road and added some extra spice to their music: heavy industrial rock. The timing was perfect with the arrival of the new singer Lina Victoria and a brand new (third) album, “We All Are Shadows”, on the way. We were able to ask Lina some questions about herself, the change of course and the new album. 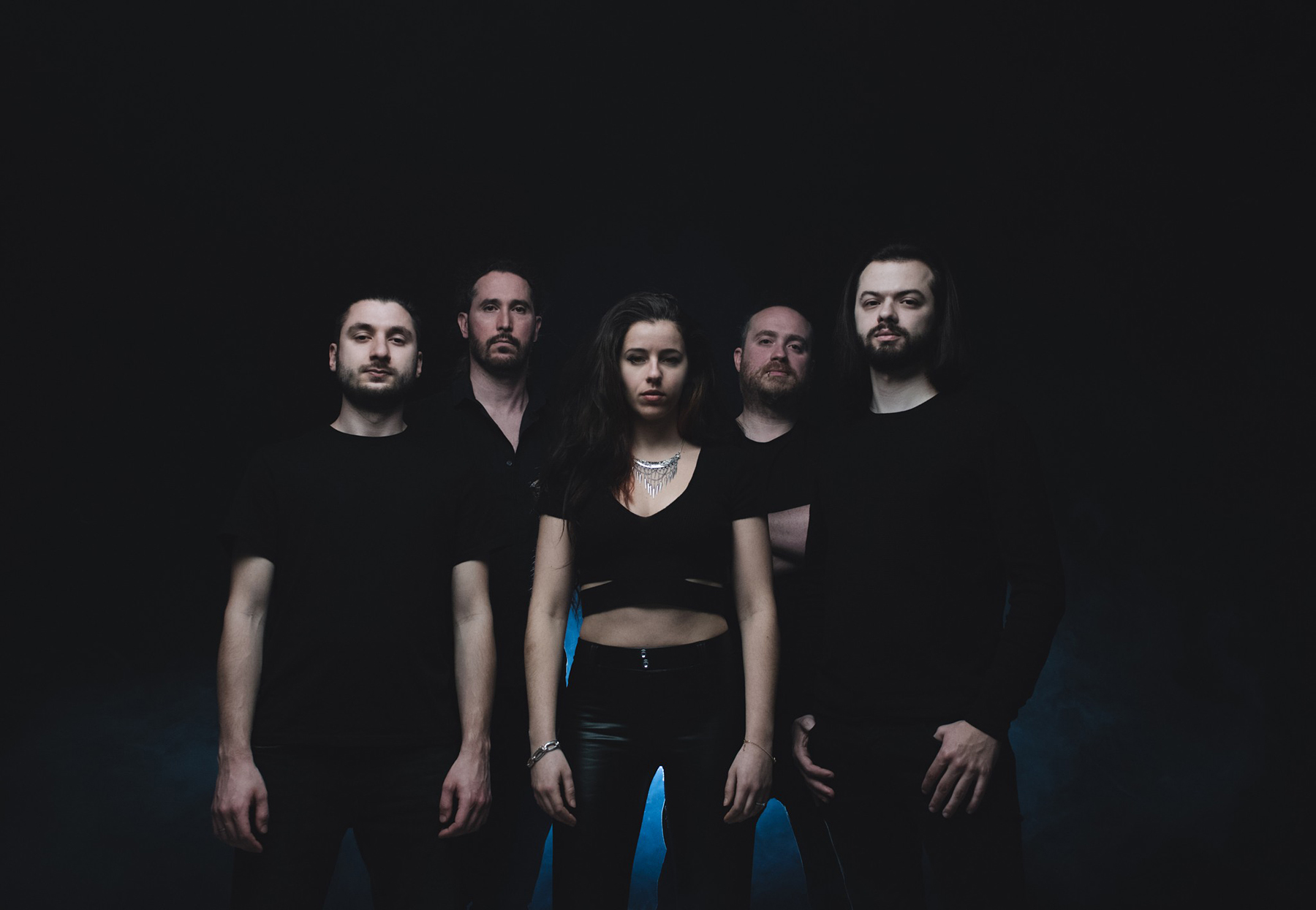 YOU ARE THE NEW FRONT WOMAN FOR ITALIAN SYMPHONIC METAL BAND SLEEPING ROMANCE SINCE 2020, REPLACING FEDERICA LANNA. HOW WAS THAT FOR YOU?

Hi there, and thanks for having me! It was definitely a challenge, and a fun one at that! Joining SLEEPING ROMANCE, I knew I would be replacing a voice that was very different from mine, but instead of trying to have me fit in their former identity, the guys asked me to just be myself and try to show all my palette. It obviously was a surprise when they told me I was in, since I knew they had so many talented singers waiting for a reply. I think in the end, it was also our alchemy that made it possible and not only the vocal part.

DID THEY FIND YOU THROUGH THE YOU TUBE NIGHTWISH COVER CONTEST, FOR WHICH YOU DID TWO VERSIONS OF THEIR SONG “ÉLAN”?

When I applied to the audition they asked me to send in a few links, which I did, but the “Élan” cover song wasn’t part of them, nope! I tried to send in more recent stuff that I felt was more representative of my current colors. I love that cover though, I was still a student back then doing covers left and right and it’s really something that I miss!

YOUR REAL NAME IS LINA BENABDESSLEM AND YOU ARE ORIGINALLY FROM MOROCCO, BUT YOU ARE ALSO THE SINGER FOR FRENCH PROGRESSIVE METAL BAND ABHCAN. IS THERE A METAL SCENE IN YOUR HOME COUNTRY MOROCCO?

There is a wide audience for metal in Morocco, but the professional field isn’t very developed unfortunately. However, you should know that the biggest music festival in 2018 was a Moroccan one, it’s called Mawazine and it had huge bands such as Deep Purple, Evanescence and Scorpions. So yeah, there definitely is room for improvement, but look how great Moroccans are already doing! I would obviously love to play there, but let’s wait and see where this is all going!

When Federico learned that I was Moroccan, he just said:
“Oh cool, maybe we can even put some Arabic lyrics!”

ON THE NEW ALBUM “WE ALL ARE SHADOWS” SLEEPING ROMANCE HAVE ADDED INDUSTRIAL ROCK MUSIC TO THEIR SYMPHONIC METAL. IS THAT YOUR INFLUENCE OR DID THE BAND NEED A NEW COURSE? 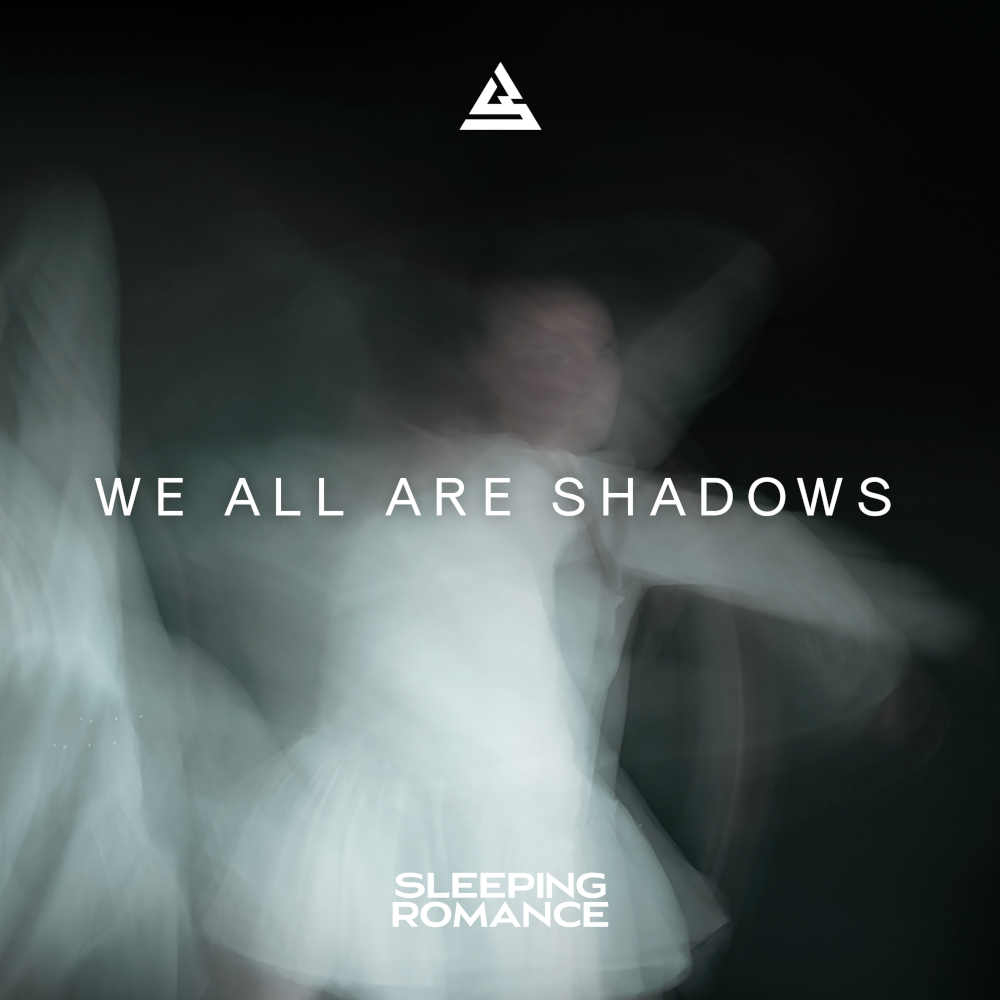 It’s a bit of both, but the band definitely had set their course on this style before I joined the band. I didn’t have any influence on the new style, but I guess my voice helped going in this direction and push it even more with the saturated vocals and the heavy side of it. It was one of the first things they told me when I joined: “Listen, before you officially join us, please have a look at the new demos. The style is different, we want to steer clear from symphonic metal altogether. Would you be ok with that?”. Which I was! I always enjoyed the more aggressive side of metal, symphonic metal being beautiful and rich, but not what I would 100% go to. Also, I tried wearing corsets once or twice and I must say I hate it! I’m more of a sporty girl.

Wooph, a lot of layers to that intro! The idea to involve the fans in the intro was Federico’s. He came up with it during a call with the band, because he had been thinking a lot about how to make something inclusive. Then we all brainstormed about the way to do it, what to say and how to present it. This part really was a collective effort. Then, Mattia, Marco and I wrote various phrases starting with “when you”, trying to capture as many impactful and relatable moments in every day’s life, and we selected a few that would go in the final intro. Federico made the final cut.

“SMOKE AND MIRRORS”, THE THIRD SINGLE OFF THE ALBUM FOR WHICH YOU ALSO MADE AN OFFICIAL VIDEO, IS PROBABLY THE BEST EXAMPLE OF HOW SLEEPING ROMANCE ‘NEW STYLE’ SOUNDS: INDUSTRIAL AND YET STILL VERY HEAVY. THERE’S ALSO SOME ARABIC IN IT, THAT MUST BE FROM YOU. WHAT DOES IT MEAN?

When Federico learned that I was Moroccan, he just said: “Oh, cool, maybe we can even put some Arabic lyrics!” and I honestly thought it was just a thrown idea, the kind of stuff you say in the spur of the moment and never really come back to. But once at the studio, we got stuck on this part of “Smoke And Mirrors” and were like “how do we make this EXPLOSIVE?” and Fede was constantly looking for ways to put in some Arabic lyrics in the album, so I told him: “hey, why not sing something in Arabic here?”. He said: “alright, go ahead and try something”. And we actually got it from the first shot! This sentence means: “How do I get rid of the pain of my mistakes?”.

FOR THE FANS OF THE ‘OLD STYLE’ SLEEPING ROMANCE AS HEARD ON “ENLIGHTEN” AND “ALBA”, A COUPLE OF SONGS HAVE BEEN PRESERVED AS WELL, FOR EXAMPLE “CALL MY NAME” AND “MY OWN FOE”. DO YOU THINK THERE WILL BE A DICHOTOMY BETWEEN THE FANS BECAUSE OF YOUR MUSICAL CHANGE OF COURSE?

We hope and expect our fans to love the new style as it’s not invalidating the former one, it’s simply adding more layers and focusing on the aggressive side of it. I personally love singing the old songs, so fans can expect them on stage, nothing to worry about! We know we might lose a few fans who were attached to the symphonic side of the band, but we’re pretty sure we will get new fans who appreciate what we’re trying to do, and in the end, everybody’s welcome! 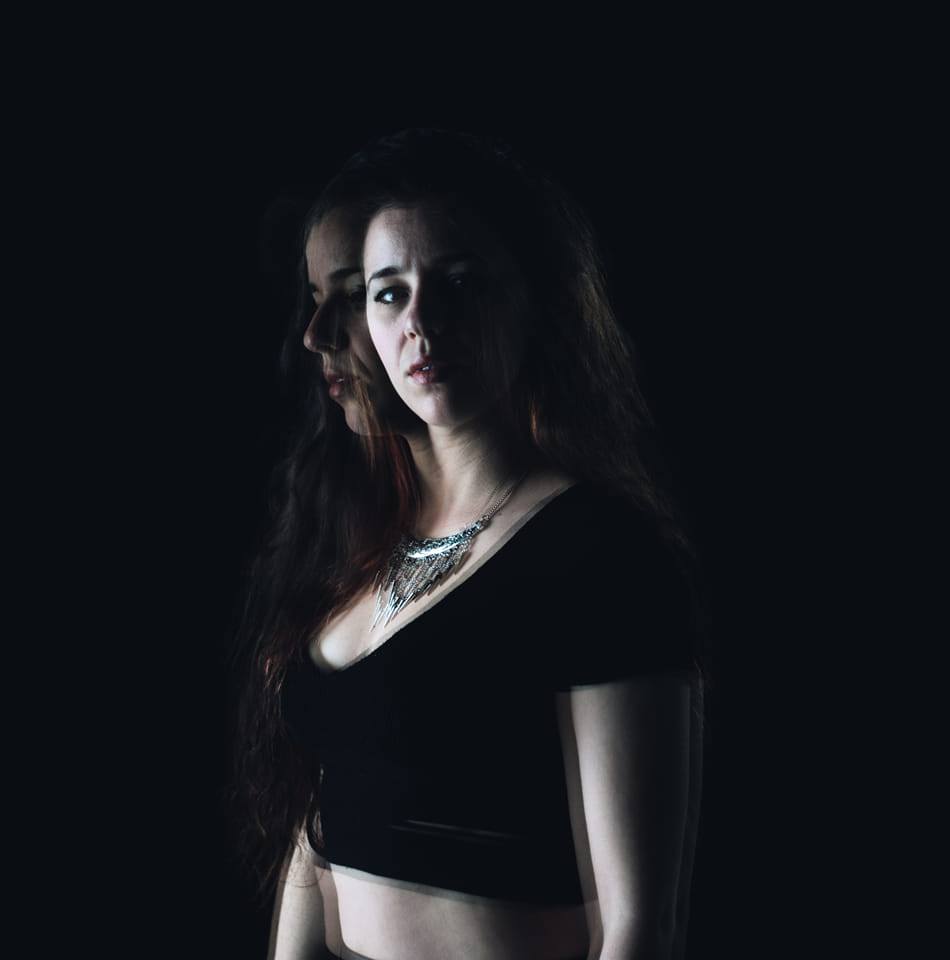 ALL IN ALL, THERE’S A LOT OF VARIETY ON “WE ALL ARE SHADOWS” THAT SURELY WILL BRING YOU SOME NEW FANS AS WELL. TITLE TRACK “WE ALL ARE SHADOWS” AND CLOSER “BRIDGE OF MINDS” HAVE A BIG CONTRAST. WILL THERE BE ROOM FOR YOU AS WELL TO GET INVOLVED IN THE SONGWRITING PROCESS NEXT TIME OR WILL FEDERICO (TRUZZI) REMAIN IN CHARGE AS THE MAIN COMPOSER?

It’s a constant conversation, but I think Federico will remain the “brains” behind the album’s concepts and I’ll always be happy to be more involved, but I’m also super confident that whatever idea I might have, Federico’s ones will be one step higher since he has a higher musical knowledge than I do. He has a way to work harmonies that I love and he also always finds ways to visualize any idea into music. For this album, Marco got involved in writing the bass lines and Mattia and I wrote the lyrics together. So it’s already a team effort.

ON OCTOBER 8TH, SLEEPING ROMANCE WILL INTRODUCE “WE ALL ARE SHADOWS” LIVE TO THEIR FANS IN MODENA, ITALY. WHO ELSE WILL PLAY THERE THAT DAY AS GUEST(S)?

We can’t say yet! It’s going to be a local band and we will announce it closer to the day, but things are afoot!

SLEEPING ROMANCE HAVE BECOME MORE OR LESS THE HOUSE BAND FOR THE DUTCH BRAINSTORM FESTIVAL AND ON NOVEMBER 5TH THEY WILL BE THERE AGAIN FOR THE THIRD TIME, BUT IT WILL BE YOUR FIRST. HAS FEDERICO ALREADY INFORMED YOU ABOUT THIS FESTIVAL?

I already heard so many things about this festival and now I just feel like I need to be there and sing it out! I can’t wait to honor this album properly by playing in front of hundreds (maybe thousands?) of people someday and November 5th will be the first time we promote it outside of our respective countries. Is there a better way to start other than on this festival that has been a home for SLEEPING ROMANCE? I honestly don’t think so.

ANY NEWS ABOUT ABHCAN? CAN WE EXPECT A NEW ALBUM FROM THEM NEXT YEAR?

You can definitely expect a lot of news since we’re working on an EP that should be released in 2023! We’ll be communicating about it soon since for the time being I’m focusing on SLEEPING ROMANCE, but I also have some other exciting projects as guests on other bands’ tours… So many things ahead!