It may have passed you by, but on June 3rd two greats from the gothic/symphonic metal world released a very interesting EP “As If We Never Existed” under the name TORN BETWEEN TWO WORLDS, Sarah Jezebel Deva and Chris Rehn. These names may ring some bells, as they were the driving force behind ANGTORIA, who released an excellent album “God Has A Plan For Us All” in 2006. Plus, Sarah Jezebel Deva has done the (backing) vocals for Cradle Of Filth and Therion for many years and Chris Rehn played keyboards for Evergrey in 2001/2002 and is the guitarist in Dreamstate (with Amaranthe’s Elize Ryd), who will also bring something new out in June 2022, “Washed Away”. To give you a little look behind the scenes, we interviewed Sarah Jezebel Deva about TORN BETWEEN TWO WORLDS and the EP.

In 2006, ANGTORIA, the band you and guitarist Chris Rehn were part of, released an excellent album called “God Has A Plan For Us All”. That was also their last release. What happened to this talented band before the final curtain fell in 2011?

Well it wasn’t intentional that we didn’t do another album. I was so busy with Cradle Of Filth and Therion, I think I was afraid to throw my all into Angtoria, maybe afraid to be a front woman. Chris got very busy building his studio and life just got in the way.

A personal question: your real name is Sarah Jane Ferridge, but you have used the name Sarah Jezebel Deva as your artist name since you started in the music business. How did you come up with that name?

Dani (Filth) came up with the name, he knew I didn’t want to use my real name, so he picked that SJD 🙂 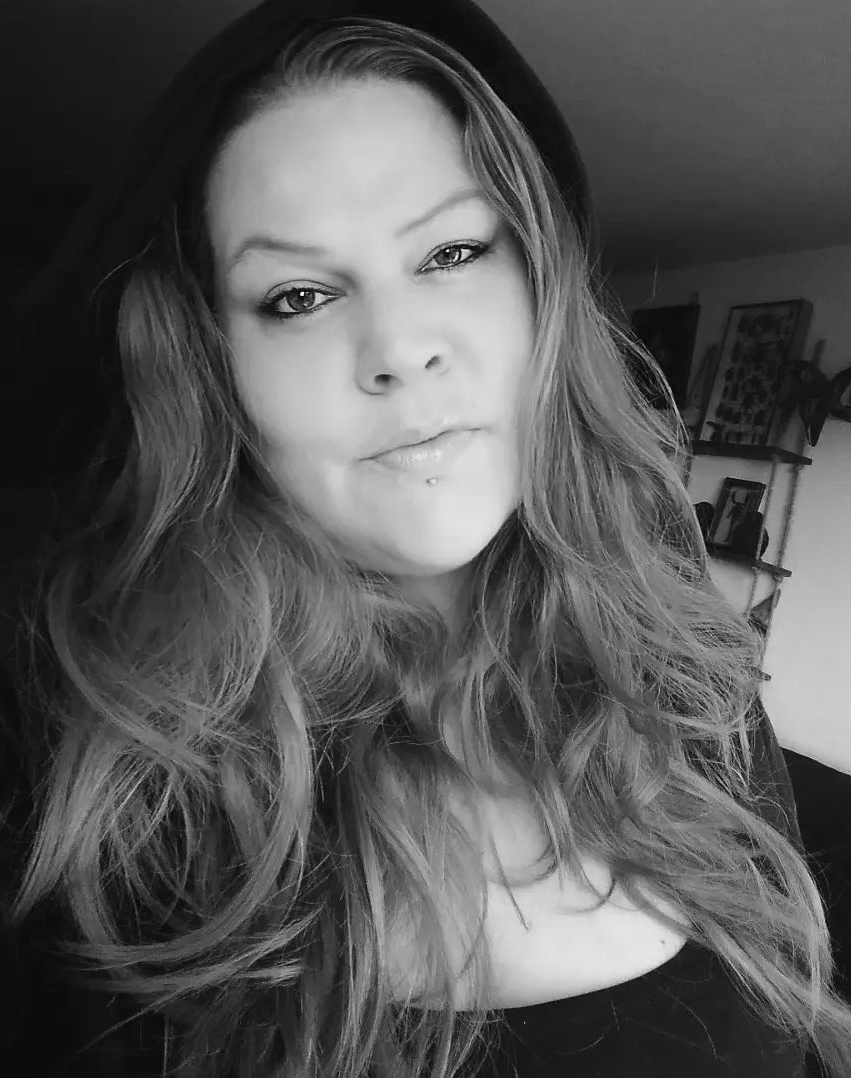 Back to the present. You and Chris are back with a new band, TORN BETWEEN TWO WORLDS. Coincidentally, it’s the same band name as the two of you started with in 2001 before the name was changed into ANGTORIA in 2004. Who decided to start making music together again after more than a decade?

Well, Chris and I have always been in touch, but not as much as now, haha. Covid hit and one day Chris and I jumped on a call and he asked me to put my headphones on. I had absolutely no clue what he was up to. I had no clue he had found the two songs that were lost, that we had written a few years back prior to 2019. He had mixed it, mastered it and made it what it is today. In fact, I never thought any of these songs would happen. When I heard the song, I just cried. I thought, finally we have done something again, we have finally done music together.

TORN BETWEEN TWO WORLDS’ debut was a single released in January 2021 titled “The Beauty Of Deception”. And to be quite honest, it sounds like you have never been away. This is ANGTORIA 2.0 all over, but with a modern twist. Was the fact that TORN BETWEEN TWO WORLDS is a duo the reason why you didn’t call this renewed cooperation ANGTORIA instead?

ANGTORIA is still in our hearts, we created ANGTORIA, we are ANGTORIA. It started with Chris and I. If you see another ANGTORIA album, it’s not us. It’s a long story and sadly one I cannot comment on, but a name that was made up within the band.

“The Beauty Of Deception” was followed by some more singles: “All Eyes On Me” in May 2021 and “Transparent”, “The Woman That Never Was” and “Hello” in 2022. All of them are also in the exact same order on your recently released EP “As If We Never Existed”. The title of that EP has something cynical about it.

It’s very hard to explain. It’s about leaving a legacy behind and will anyone even care to remember? It’s about making a difference to the world, but will anyone care. It’s about working your arse off and trying to be someone, but is anyone watching or listening? We are just a blip in time! I guess it’s up to you to decide what that title means to you. 🙂

Covering Adele’s “Hello” was a bold move, as it is one of her biggest hits. But you’ve handled it very well. Are you an Adele fan?

That song is just mind-blowing. We loved the original, extremely powerful and it’s one of those songs we wished we had written. We are not narrow minded, maybe when we were 15 years old we were, but we are music lovers. We don’t limit ourselves. People have responded very well, in fact the amount that have said it’s better than the original makes me laugh, because I don’t think so, but it’s still an amazing comment to hear from people. I know there are some that “won’t listen to it because it’s pop” or “it’s Adele”, but we say: “don’t judge a book by its cover, you may miss a good read”. Singing her style was a challenge, but I know we did well. It’s always hard knowing what to do with a cover. Make the track same as the original and get criticized? Or make it different to the original and get criticized? Haha. You can’t win and to be honest, we aren’t here to win, we just wanna do music and hope people like it. If not, that’s fine, because we are proud of it. 😉

On the release date of the EP, June 3rd, you also dropped a new video for “The Woman That Never Was”. At the end of it, it says “For Ayesha”. Who is or who was she?

Related to this, there already was a lyric video for “Hello”, but do you also have plans to release an official video for this one?

Short answer: no… I don’t think we need one really. I think what we have is good enough. 🙂 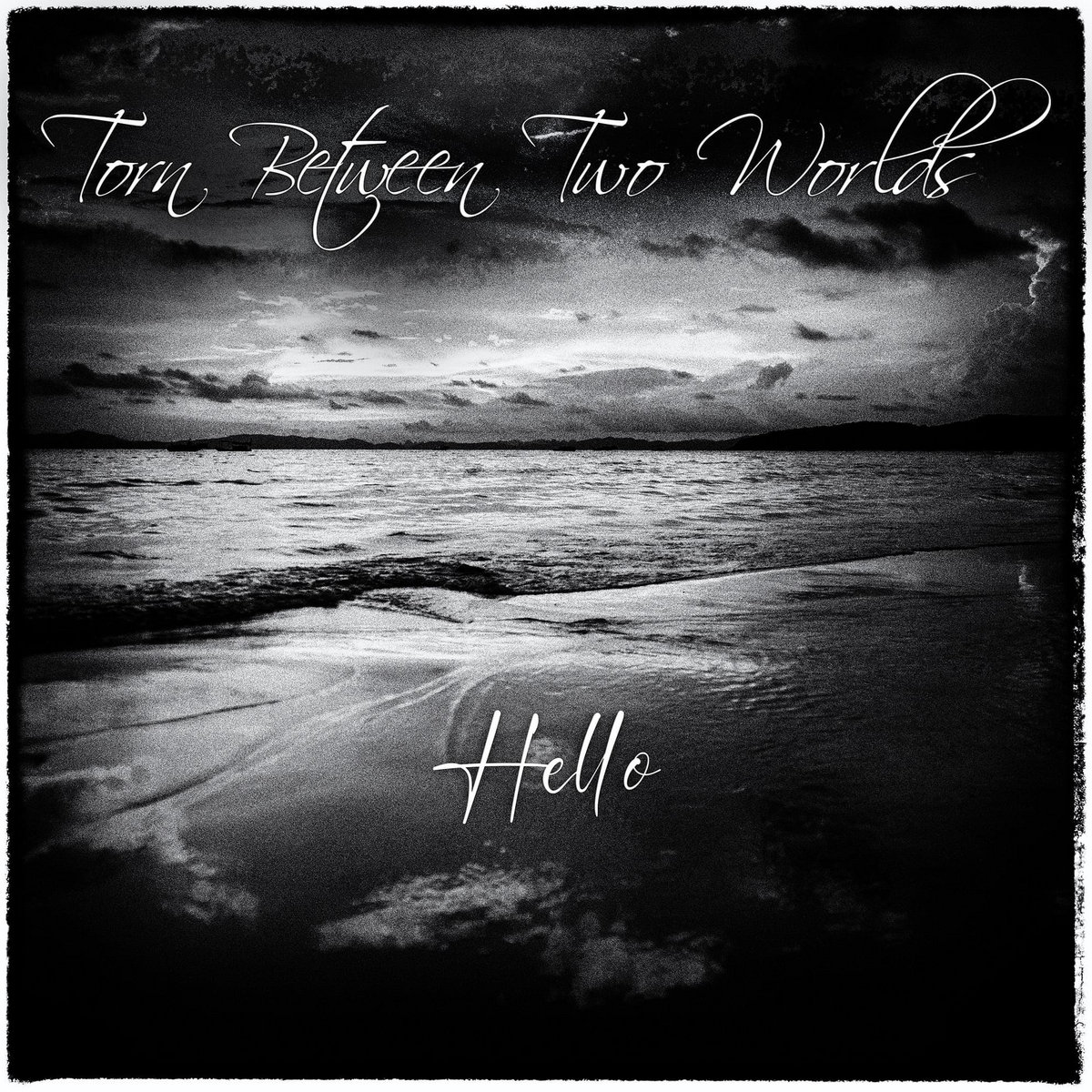 Will “As If We Never Existed” also be released as a physical EP when there is enough demand for it?

We hope so, but it’s all about money. We are unsigned and happy with the way things are. We own our music! We are lucky to have some amazing backing for now, so maybe we will do a small crowdfunding one day.

When we have a quick look into the future, can we also expect a full album from TORN BETWEEN TWO WORLDS in 2023 or 2024?

Again, I hope so. But so much damage from Covid and lockdown, its changed a lot. Let’s just see…. See how time is… our life… But we hope so. 🙂

Both you and Chris have an extended career in the music business. Besides ANGTORIA, you also did the vocals for bands like Therion and Covenant, a lot of backing vocals for Cradle Of Filth and guest vocals. How do you look back at your life as a musician and what would you still like to achieve?

We are very lucky, very. But don’t be fooled, it’s not a fairytale. Mental health plays a part in what you achieve. Liars and backstabbers ruin dreams… I know that may sound negative, but I for one am grateful, but I have learnt a lot and it’s mostly about “wolves in sheep’s clothing”. To be happy and keep making music with people I trust, that’s good enough for me.