You can call her “The Grand Dame” of heavy metal: Leather Leone, 63 years old and active in the music business since the mid-1980s. But she’ll probably hate that title, being down to earth as she is. She became known as the singer for Chastain, with whom she released eight studio albums, and then went solo under the name LEATHER in 1989. Her sophomore album “II” came out in 2018. Four years later, we can applaud her third album “We Are The Chosen”, that will be for sale on November 25th through Steamhammer/SPV. We had a talk with the lady about the new album, David T. Chastain and her love for (Ronnie James) Dio. 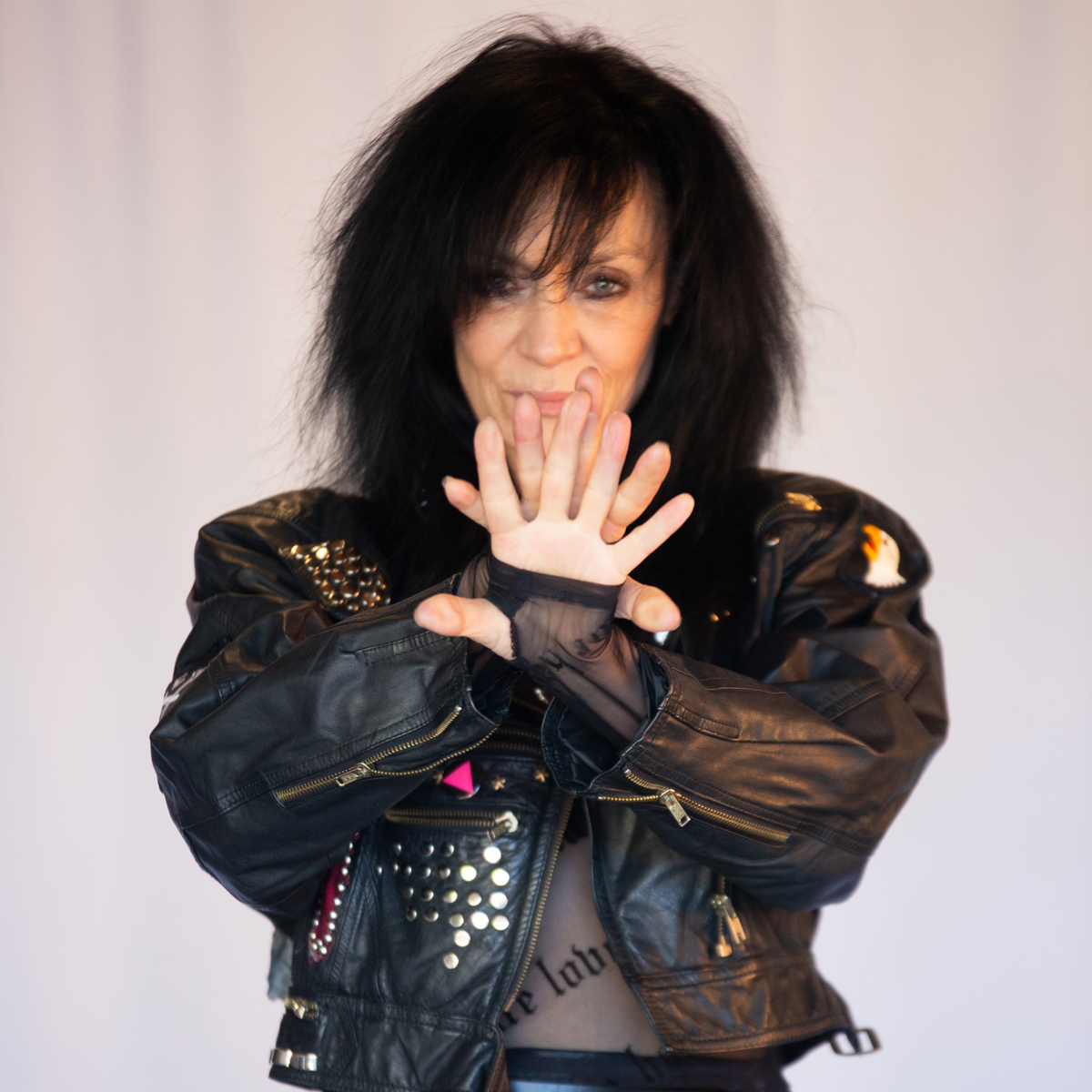 Hi Leather, how are you doing? Busy with the release of your new album “We Are The Chosen”?

We’ll talk about the album later on. You have been in the metal scene for so long, first with Chastain and after that solo under the name LEATHER. Looking back at your career, is there anything that you regret or would have done differently and what are you most proud of?

Regret is not in my vocabulary… it’s a waste of time. I am still here doing what I love. I am only proud of the music I have made and the inspiration I have been able to share. 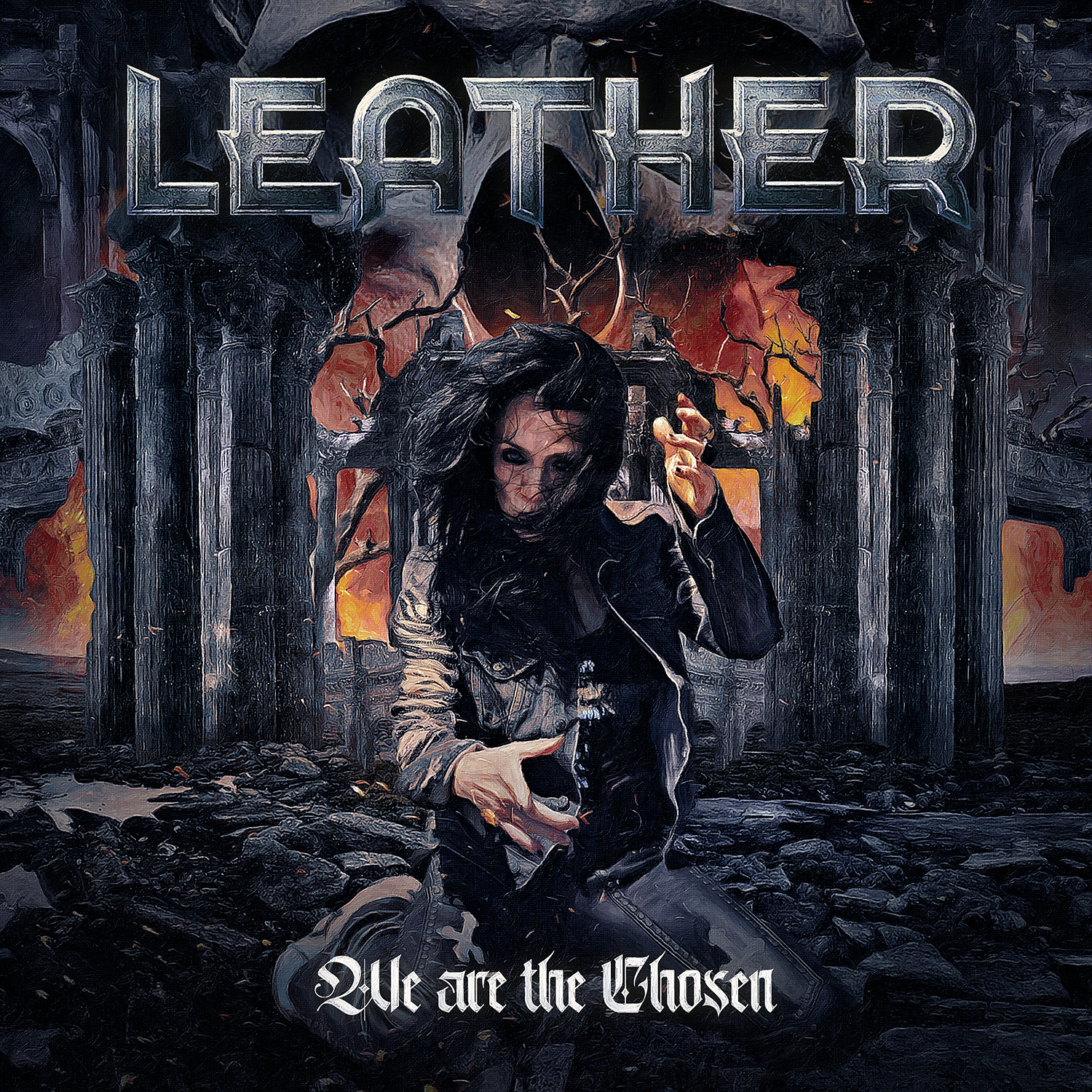 We all know that David T. Chastain is still active as a musician, but refuses to go on stage. Is there any chance that you can get him to do one more gig with the original Chastain line-up for a benefit concert for Ukraine for example?

I have no control over his decisions. That would be for you to reach out… I would be all in.

Let’s go to the new album. It really has this DIO atmosphere all over it: the cover art, the songwriting, your vocals. Where is this DIO-phobia you have coming from?

It’s not a phobia… it’s a deep respect and admiration for his work. I met him many times and had several musical conversations with him that will stay with me. He was a true inspiration, mentor and I miss him always.

On “We Are The Chosen” you work close together with guitarist Vinnie Tex. Was he involved with any band when you two met and how did the partnership between you two develop after that?

He had been working with Rob Rock when we were touring together. He eventually become part of my touring band. We had a similar musical vision. After a few tours we ended up with the same dissatisfaction. After working on “Leather II” it was obvious we could write together. Then in 2019 there was a musical shift for me. We decided to move forward alone.

All the other members in your band, Marcel ‘Daemon’ Ross (guitar), Thiago Velasquez (bass) and Braulio Azambuja (drums), have been with you since 2016. Remarkably enough they have one common denominator: they all played live with Rob Rock. Did you meet them there?

The only band members are Vinnie Tex and I. In 2017 they were my touring band. Yes, I did meet all of them at that time.

Back to the new album. You’ve released two singles so far, “We Take Back Control”, the opening track, and “Who Rules The World”. But on your Facebook page you showed the locations where you recorded a video for the title track “We Are The Chosen”. When will that one be out?

Yes. I just returned from Brazil, where I filmed a video for “We Are The Chosen”. I believe it will be out around the time of the record, 11/25. It will be plenty of eye candy.

“We Are The Chosen” was recorded, mixed and mastered at the Herz Studios in Białystok, Poland. Why specifically there, as the United States must have enough good studios to had have it done there? What makes Herz Studios so special?

Metal seeps through the walls of Hertz Studios. The extreme music permeates… they have such knowledge and love of metal… it became my home for the first time I met them in 2017. I can’t explain how at home I am there. They get me, they get my tonality… I can’t wait to get back… metal is their life. 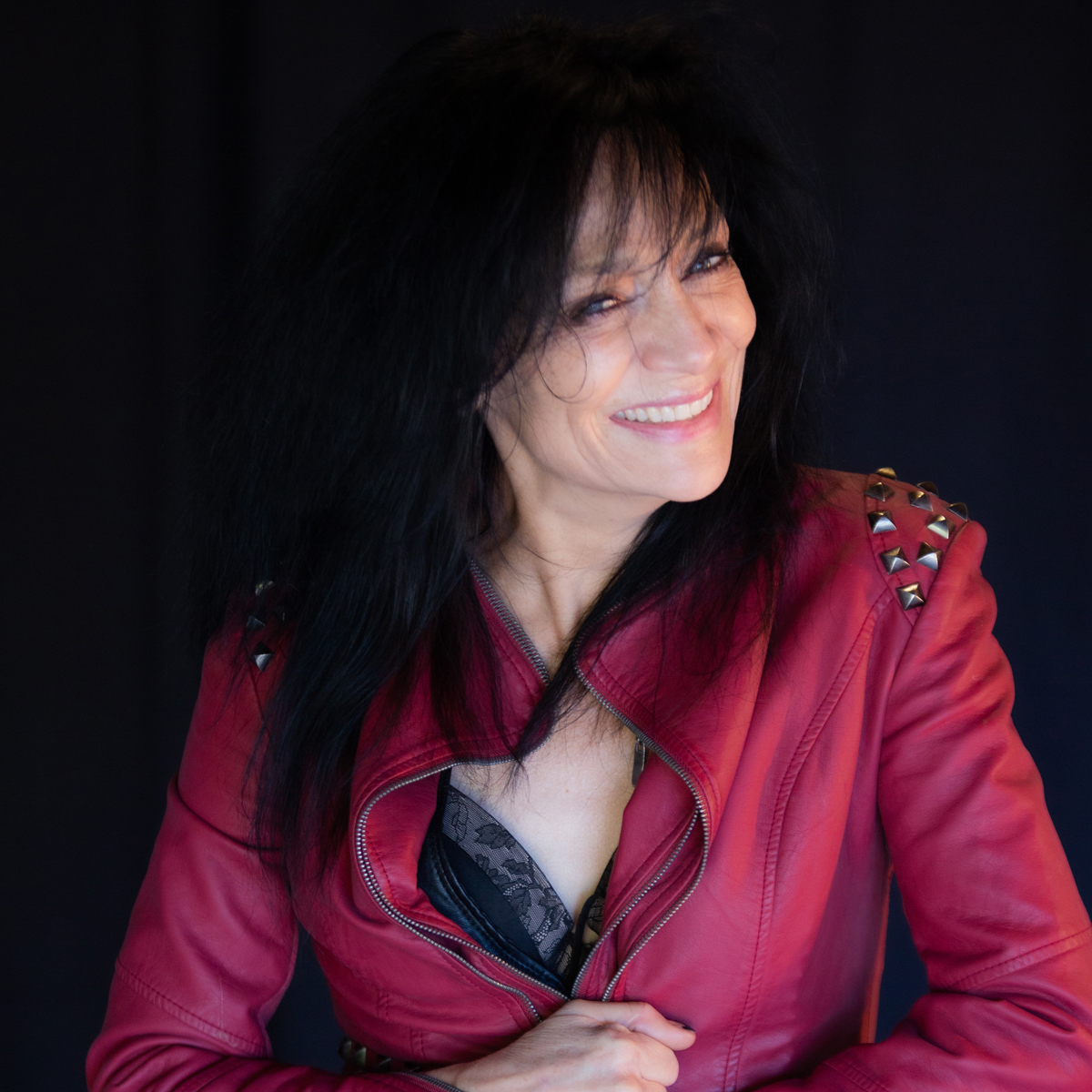 Marcelo Vasco did the cover artwork. Was he familiar with the drawings on the Dio albums and did that inspire him to do yours?

I’m not sure about any Dio inspiration. I never questioned his work. I was blown away with his imagery… he was a friend of Vinnie’s. I so enjoy the extreme metal feel that he has. I just sent him a photo with an idea and Marcelo created what exactly was in my head. Such a privilege to be part of his nation.

The new album will be released by Steamhammer/SPV, a German label, whereas Leviathan Records (that released most of the Chastain’s albums) or any other label specialized in traditional heavy metal would have been a more logical choice. So why did you go into business with Steamhammer/SPV?

Why not? This is my solo music. I wanted no affiliation with my past. Starting over on my own, as LEATHER. Steamhammer was an incredible opportunity… I welcome the change and the new start.

One song on the new album is a real ear-catcher: the ballad “Hallowed Ground”, with 6:56 minutes also the longest track on “We Are The Chosen”. The song is dedicated to your hero Ronnie James Dio and it breathes Dio all over. In fact, it would have been perfect for a duet with him, if he had still been alive. If you could chose, besides Dio, between any of those who have left us already to do one song with you and Vinnie, who would that be?

Thank you… He would have appreciated this song for sure. Great question. Janis Joplin or Amy Winehouse come to mind.

“We Are The Chosen” is set to be released on November 25th, what will you be doing until then and after the release? Is touring in Europe a possibility?

It is all a possibility. I am just focused on touring. The work is done, time to spread the word with my family… ”We Are The Chosen”.