Austrian symphonic power metallers EDENBRIDGE have everything it needs to gain the status that bands like Epica, Within Temptation and Nightwish already enjoy for decades now. They have a brilliant composer in guitarist Lanvall, a wonderful singer with a voice like an angel in Sabine Edelsbacher and perfect albums like “The Bonding”, “The Great Momentum” and “Dynamind” on their palmares. But yet, their status is still not as big as that of the bands mentioned above. On September 16th, EDENBRIDGE’s eleventh studio album “Shangri-La” will be released on a (for the band) new label, AFM Records. We talked to Sabine about the label change and the new album. 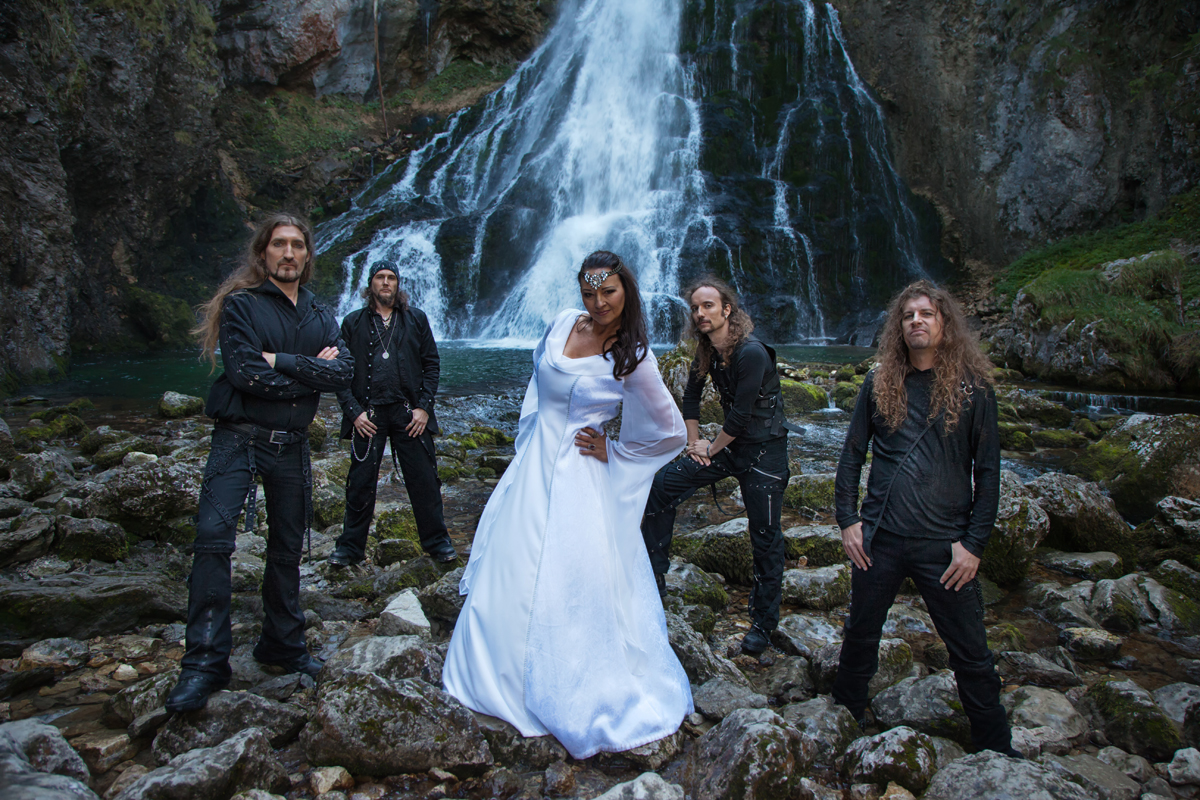 “Shangri-La” is already EDENBRIDGE’s 11th studio album since its founding in 1998. When you released “The Bonding” in 2013 and “The Great Momentum” in 2017, everyone expected EDENBRIDGE to get a major breakthrough, but somehow that didn’t happen. Do you have an explanation for this?

Well, it depends how you define the word “breakthrough”. We as a band had a lot of perceptions and breathroughs on a musical and personal level. Furthermore, we have never subordinated ourselves to the mainstream in terms of marketing for the fast and easy money. Would we want to sell more, we had to deliver more mainstream stuff and therefore less sophisticated compositions. That contradicts our nature and would not align with our band name. 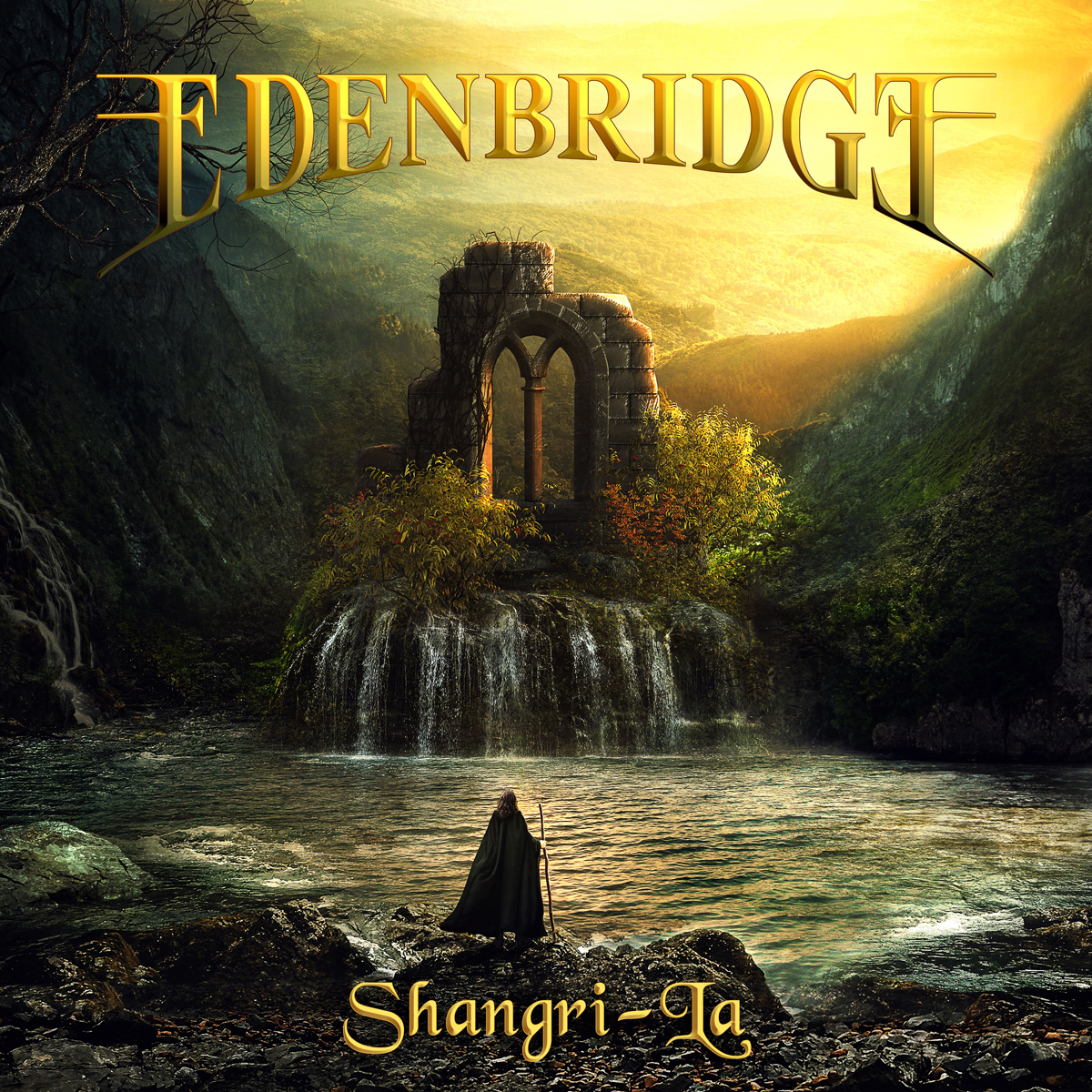 When Lanvall had the whole first part of the song written it reminded him a bit of “The Bonding (Part 1)” in terms of song structure, and so the idea arose to continue the duet. He asked Erik Martensson if he would like to be part on it again and he immediately agreed. This time it is more a real duet than a question and answer thing and Erik delivered ‘out of this world’ takes, which gave the song a complete new level. In this song Erik represents the asking mind (“The Disbeliever”), who wants to understand the bigger picture (“The One”), what I am representing. The mind is struggling, but is failing to come close to the mystery. On the point where he is totally surrendering and letting go, he gets a foretaste on the bonding. To me, this endpart is one of the best songs from EDENBRIDGE of all time and I really feel goose bumps when listening to it.

Since we’re on the subject, EDENBRIDGE has a long tradition of having at least one song on each album that is way longer than the rest. Where does Lanvall get all this creativity and ideas from and do others in the band also get to write songs?

I am contributing on the lyrical side, so Lanvall and I wrote the lyrics of five songs together. The music is completely his part. Sometimes it is hard to say where the creativity comes from, but he loves to be in mountains going hiking and skiing, where he can reload the batteries and clear his mind. And also we love to be at the sea. This is very relaxing. The others in the band don’t write for EDENBRIDGE, but they have their side bands where they can live their creativity.

For “Shangri-La” you have moved from Steamhammer to AFM Records. Why?

Well, we couldn’t agree on a new deal with Steamhammer and after 8 years there, it was time for a change to get new perspectives. Lanvall was in touch with Nils Wasko from AFM Records twice over the last 15 years and now it was the right time for the move. It didn’t take long to negotiate the new deal.

As usual, “Shangri-La” was recorded at the Farpoint Station Studio in your homeland Austria and mixed at the Thin Ice Studios in England. However, it was mastered there as well and not at the Finnvox Studios in Finland like the last five albums. Did that have to do with the change of labels?

Lanvall wanted to do an “India Pale Ale”, also because it is

somehow the perfect beer for the name “Shangri-La”.

No. Mika Jussila always did a great job at Finnvox with the mastering of our albums. But with the “Dynamind” album Lanvall had a clear comparison between Mika‘s master and what Karl Groom could do and there was no real difference to be honest, except the price of Mika :-). So it was clear that Karl also would do the master and finally it sounds great!

The boxset includes a keychain, a fanny pack, a certificate of authenticity, a signed autograph card and a poster.

Before the three singles from “Shangri-La” came out, you first released an acoustic version of “Higher” in 2021, the most popular track from the “Solitaire” album and also included on the “The Chronicles Of Eden Part 2” compilation album. That album has another acoustic version of “Paramount” from “My Earth Dream”. Will you release that one as a single too, someday?

I don’t think so, as it was part of the best of album. But due to the fan voting, “Paramount” turned out to be one of the most favorite songs by us, so we took it back into our setlist for the upcoming concerts. 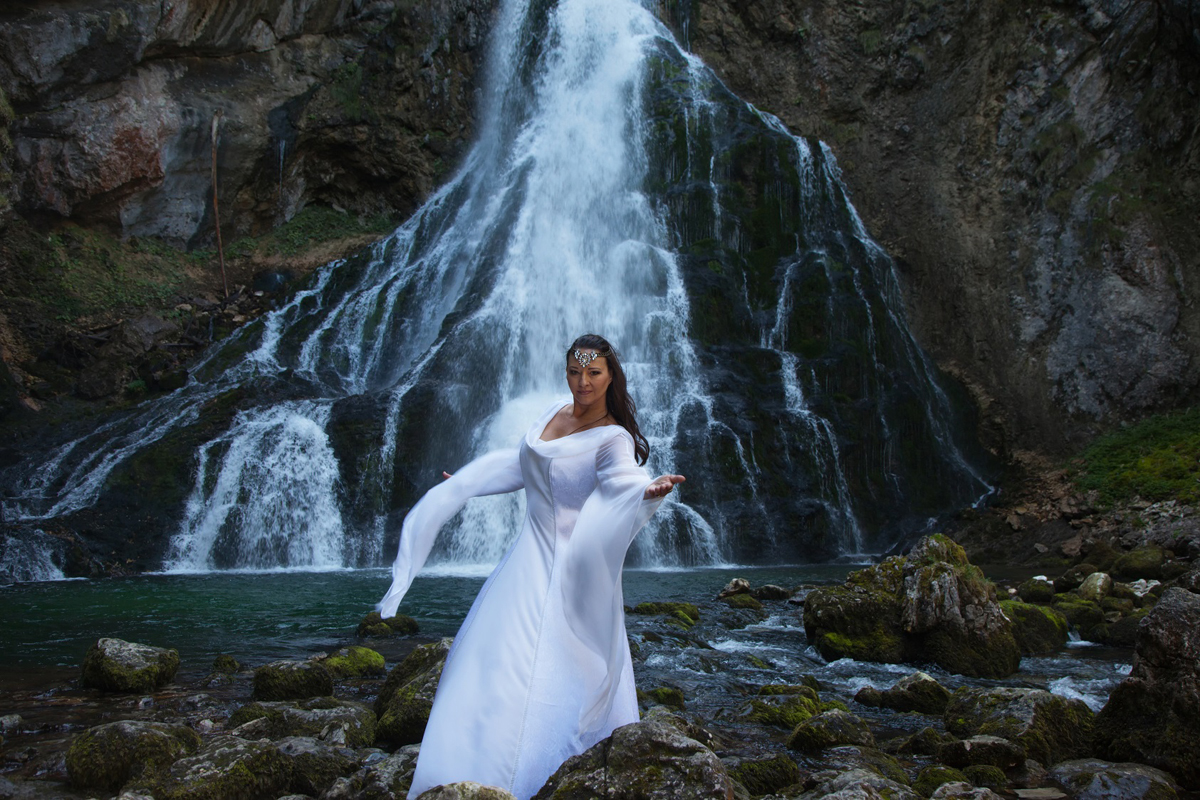 You also have your own “Shangri-La” IPA beer now. How does it taste and how many have you knocked back yourself so far?

Ha ha, I just tasted it and it was amazing. It tastes amazing. When you first just smell it, the citrus and pineapple aroma reaches your nose. It is a strong IPA with 5,5% alcohol and with the fruit aroma that comes only from the hop. The idea for the beer is pretty new. The micorbrewery is in our home town. First we didn’t even know it. We tasted all his other creations and were overwhelmed, so it was clearly to ask him to create a beer together. He was on fire immediately and Lanvall wanted to do an “India Pale Ale”, also because it is somehow the perfect beer for the name “Shangri-La”. So now we are looking forward for the fans’ reactions. It will be premiered on September 2 at the beer fair in Freistadt and the official release will be at the end of September.

When “Shangri-La” is finally out on August 26th, can we expect to see EDENBRIDGE on the European stages as headliners or support-act for Leaves’ Eyes or Metalite, who are also on AFM?

The release unfortunately was postponed to September 16 due to logistical problems. But we will have a concert in Switzerland on September 17 and the headline tour for February and March 2023 is almost booked.