DEEP SUN, a symphonic metal band from Switzerland, have as far as we are concerned released one of the best debut albums in this genre with “Race Against Time” (2016). Its successor was released three years later and surprisingly had a German title, “Das Erbe der Welt” (2019). The album contained, however, just one song ‘in der Deutschen Sprache’, namely the title track (the debut album also has a German song, “Des Königs Krieger”). On June 10th, DEEP SUN’s third album and the second for Massacre Records will see the light of day. It’s called “Dreamland – Behind The Shades” and yes, it also has one track with German lyrics, “Mitternachtstanz”. We were lucky enough to get the chance to interview vocalist Debora Lavagnolo and we asked her some deeply probing questions about the new album. 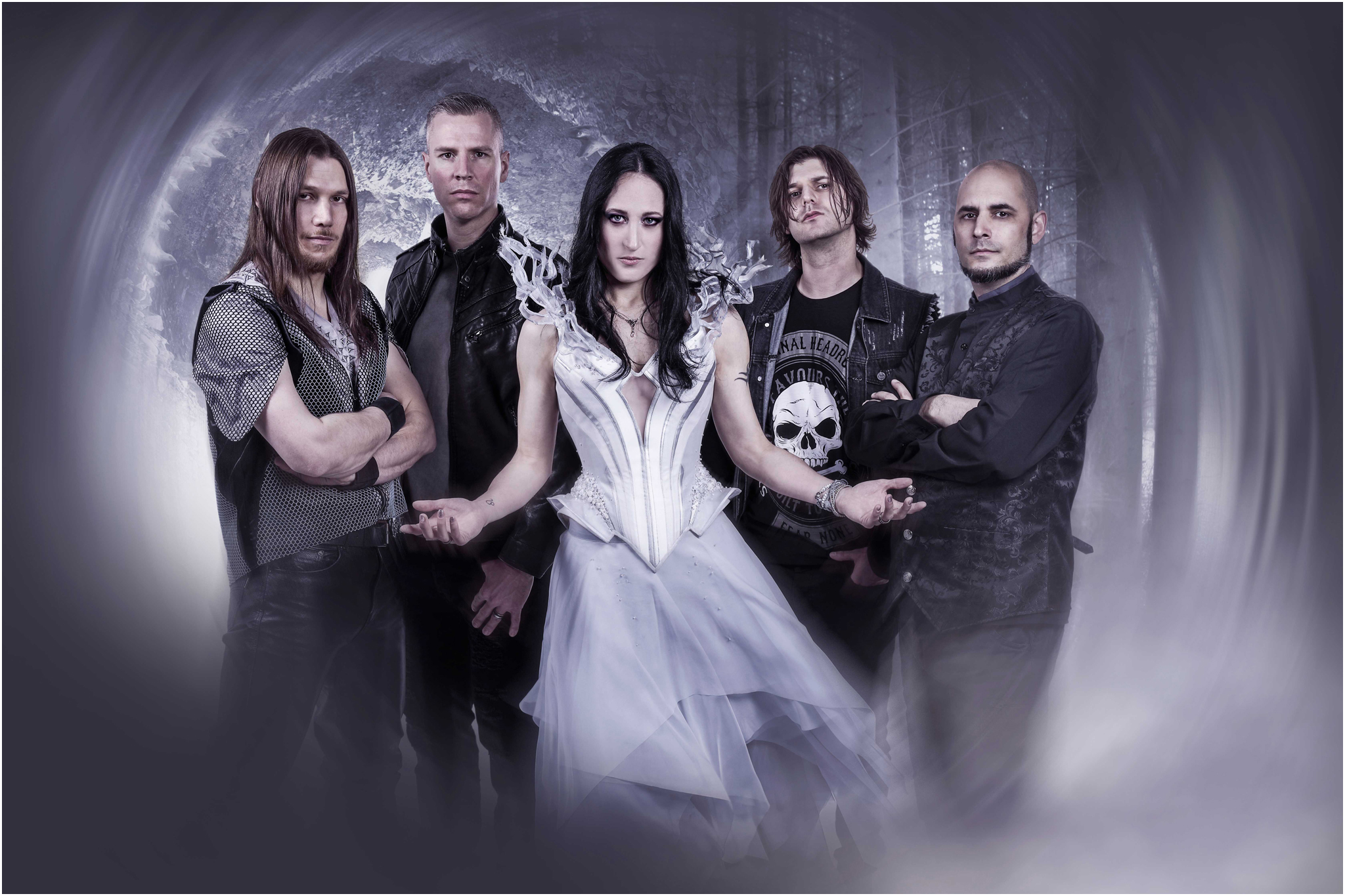 Let’s get straight to the core of the new album. It is a sort of concept album “about  a girl playing happily with her ball in a flower meadow at the edge of the forest. She was warned by her parents to never enter the forest, as there would be a lot of dangers lurking there. One day, however, when the ball rolled into the forest, the girl gathered up all her courage and carefully entered the forest to retrieve her ball”. But the main theme are dreams.

The intro “Prologue” could have been on any Nightwish album. Was it a long cherished wish to have such an epic intro?

With a theme like ‘dreams’, it’s almost obvious to open with such a dreamlike and epic intro. But we don’t make concept albums in the real sense, but simply arrange ourselves thematically. And the prologue with its story should take the listener musically as well as visually on the journey. The theme of ‘dreams’ and all the different facets to it has interested us for a long time. It’s a very exciting topic, because there are also no compositional restrictions, which then also benefited the diversity of the songs, as you are used to from DEEP SUN. So, of course, each band member could express himself in his musical way in the theme, as he liked. But it’s not a must that every song has to have something to do with the overall theme. It’s a kind of guideline, for us, for the artwork, for my outfits and in the end for the fan, who gets a coherent overall work. 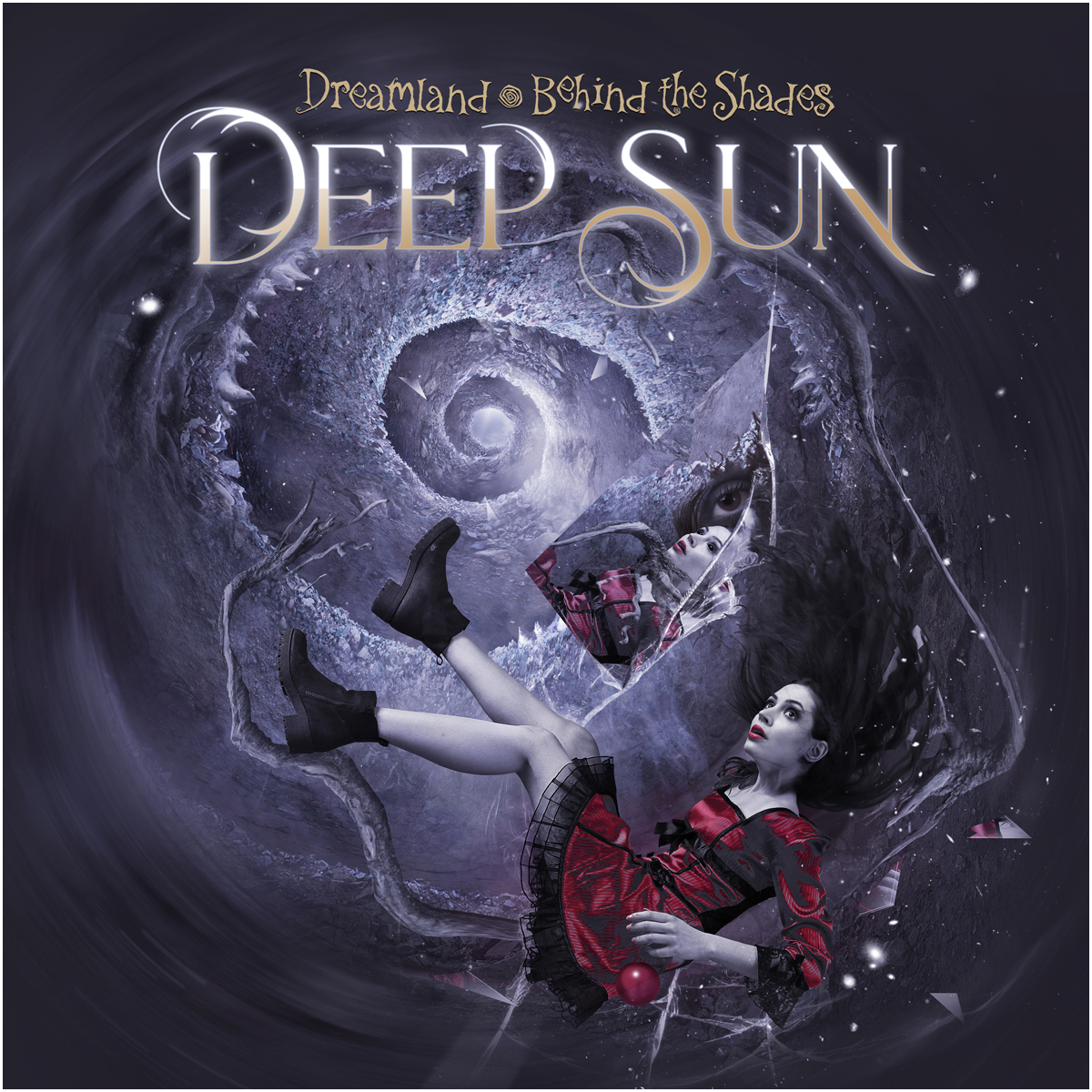 “As the girl went deeper and deeper into the forest, she discovered the ball on the bank of a gurgling brook. Quickly she ran there and took her ball back. As the girl was about to turn back, she noticed that the stream flowed into a shining, round portal that provided insight into another, almost somewhat disturbing world. Almost magically, the girl was attracted by this sight and walked towards the portal. She paused again for a moment, but curiosity got the better of her, and the little girl stepped into this strange new world, into the land of dreams – beyond the shadows”.

“Behind The Shades” has some nice tempo changes and a folk metal feel to it as well. It is based on Christopher Nolan’s movie “Inception”, that has probably the hardest storyline ever to understand: to plant an idea into somebody’s multi-leveled dream. The song is build up from four parts: introduction, imagination, travelling and leaving. Can you explain these?

Tom Hiebaum and I are big fans of Christopher Nolan and in particular his movie “Inception”. It was planned for a long time to implement this theme in a song. And so we sat down together and Tom impressively realized the song-within-a-song-within-a-song theme. In this song there are no repetitions of parts, you get more and more into the song and at the end there is the harmonic inversion of the previous keys to get out of the song again. The parts ‘introduction’, ‘imagination’, ‘travelling’ and ‘leaving’ are my way through the story. On the one hand it is the introduction and continuation of the prologue story and on the other hand they are described scenes from my dreams, some of which I understand, but some of which I don’t. But they wanted to express themselves here, so I let them and tied them lyrically into the song.

As said in the intro, ‘dreams’ in all its forms are the main theme on “Dreamland – Behind The Shades”. The next three songs on the album all have the word dream in the title: “Dreammaster”, “Living The Dream” and “Killer In A Dream”. Can you tell us what the word dream means in these three songs?

These three songs could not be more different musically and lyrically and thus show the diversity of our songwriting as well as the use of the album theme: dreams in all its facets. The dreammaster, whose entourage plants eternal nightmares in the dreamer (Dreammaster) about finally getting up out of his comfort zone and do what you always wanted to do, realize your dreams (Living The Dream) to the realization of every single dream, where you can be whatever you imagine. There are no limits to imagination and fantasy, you decide who you want to be (Killer In A Dream). On “Killer In A Dream” in particular, Tom is also living out his long-cherished songwriting dream. He wanted to compose his own James Bond song for a long time and when I heard the first song fragments, the lyrics were clear to me pretty soon. By the way, I worked on this text for a very long time and went over it and the whole theme again and again during my jogging.

“In Silence” is the ballad on “Dreamland”. It is a very personal and emotional song, where the writer has gone through a deep depression (“Dive into deep emotions / Where even I have never been / I’m falling down into shadows / There’s no more light… There’s no more pain and grief / I am lost, I let myself go, I am gone”). Who wrote the lyrics and is it autobiographical?

The lyrics on “Dreamland – Behind the Shades” are all mine this time. I love to express myself creatively, to go through the world with open eyes and to write down what I see, observe, think, feel… “In Silence” is actually very emotional, though not autobiographical. But I give a lot of space to all my feelings and let them speak in the songs and lyrics. When I write, I’m sometimes suddenly in another world that I didn’t know before.

But whether the world wants to hear Swiss-German in a metal song?
I don’t know. It’s my mother tongue, but I don’t think it’s really
song-suitable for our genre…

Of course, we don’t want to give away every song on the album and leave some for the fans to discover. But a recurring item on DEEP SUN albums is a German song. You had “Des Königs Krieger” on “Race Against Time”, the title track on “Das Erbe der Welt” and “Mitternachtstanz” on the new album. Why not doing a song in Schweizer-Deutsch (Swiss-German language) on the next DEEP SUN album?

In fact, one German song has always made it onto the album so far. But we don’t force that. When I get the song ideas from Tom Hiebaum or Angelo Salerno, I listen to the songs and they tell me if it should be English or German. For “Mitternachtstanz” I actually had lyrics for German and for English. And when I sang the demos, we immediately agreed in the band, this song wants to express itself in German. But whether the world wants to hear Swiss-German in a metal song? I don’t know. It’s my mother tongue, but I don’t think it’s really song-suitable for our genre… German is a very poetic language and here I can also express myself well. But never say never. 😉 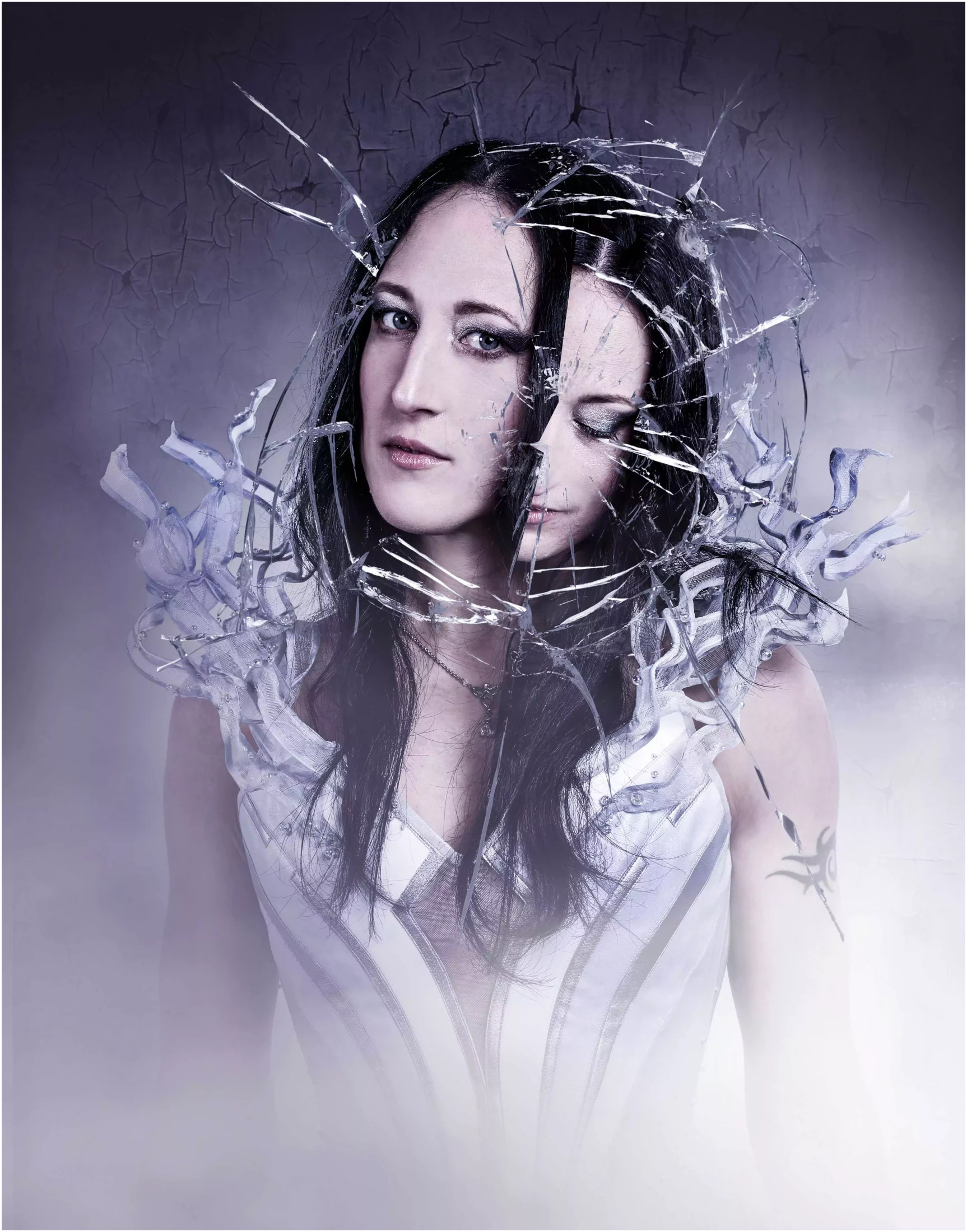 Those who know the song and lyrics of “Dreaming Leprechaun” from the album “Race Against Time” know that it’s about a dreamy leprechaun who guards his treasure at the end of the rainbow and gives it to the one who finds it. “Rogue” is now the inversion of this nice leprechaun. A scoundrel who lurks in the bushes, just waiting to rob innocent people, and so he breeds his own treasure. The dark side of the leprechaun. A double-edged sword of this story. Everything is not always as it seems.

Closer “Euphoria” is the opposite to “In Silence”. Filled with joy and happiness (“I’m getting ready, my dreams come true / I raise my arms / And feel the crowd’s energy / They are singing my songs”).

DEEP SUN are not renowned for extensive tours in Europe, let alone overseas. You keep your concerts in the safety of the neutral Swiss comfort zone with an occasional trip across the border (mostly Germany). But with Massacre Records as your label, isn’t it possible to promote “Dreamland – Behind The Shades” on a tour with one or two other bands on their roster?

Yes, that’s true, we haven’t been abroad very often. But not because we didn’t want to. Actually, we would have had at least two concerts in the Czech Republic this Fall, but they were canceled because the venues were needed for the accommodation of Ukrainian refugees. We find this a strong gesture and we have every understanding for it. As an alternative we play again in Germany. For 2023 we definitely want to go further away and do a small tour through Europe. We hope that it works out! The whole music scene is still suffering from the consequences of the pandemic and it’s very hard for a small band like us to get concerts abroad. But as I said, our management is currently planning at least a ‘mini tour’.

The album will be out on June 10th. What are your plans for that day and will there be another official video out on the release date (e.g. “Mitternachtstanz”)?

We’re playing an extra-long set at a wine festival on Saturday after the release including an acoustic set. This extra-long set is meant as a special, which we will play at 3, 4 concerts this year in this form. Maybe there will be another lyric video in the course of the year. But we don’t have anything concrete planned yet.