Until July 29th of this year, Uruguayan symphonic power metal band CRYSTAL GATES had only released four singles and one EP since its foundation in 2013. But that changed when their debut album “Torment & Wonder: The Ways Of The Lonely Ones” was launched by their label WormHoleDeath on this day. A notable fact is that guitarist and band leader Benjamín Machín decided to relocate from one capital in Latin America, Montevideo in Uruguay, to another capital in Europe, Riga in Latvia. After he had made the jump, things got caught in the rapids for CRYSTAL GATES. We had a chat with singer Carolina Peréz about why Benjamín moved to Latvia and we discussed the debut album with her. 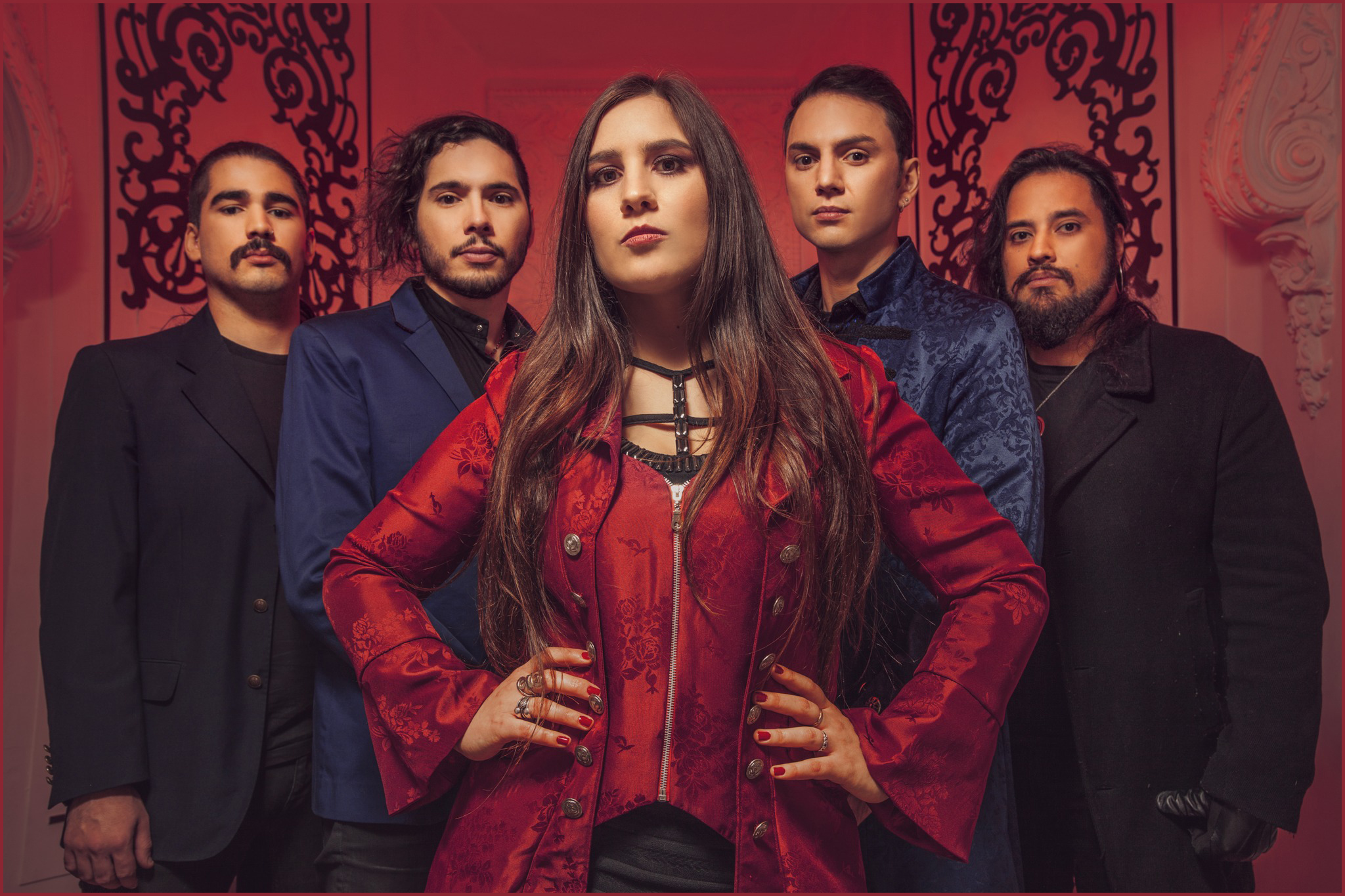 Hello Carolina, please introduce yourself to our visitors, as many of them will not know you… yet.

Hi everyone, this is Carolina Peréz, soprano singer of a Uruguayan symphonic metal band called CRYSTAL GATES. I am passionate about music and nature. And now I am very excited about telling you some things about our very first full-length album.

CRYSTAL GATES started in 2013 in Montevideo, Uruguay. You have released two singles and one EP so far, but it took you nine years to make the debut album “Torment & Wonder: The Ways Of The Lonely Ones”. Has the fact that Benjamín moved from Uruguay to his current location Riga in Latvia anything to do with that? 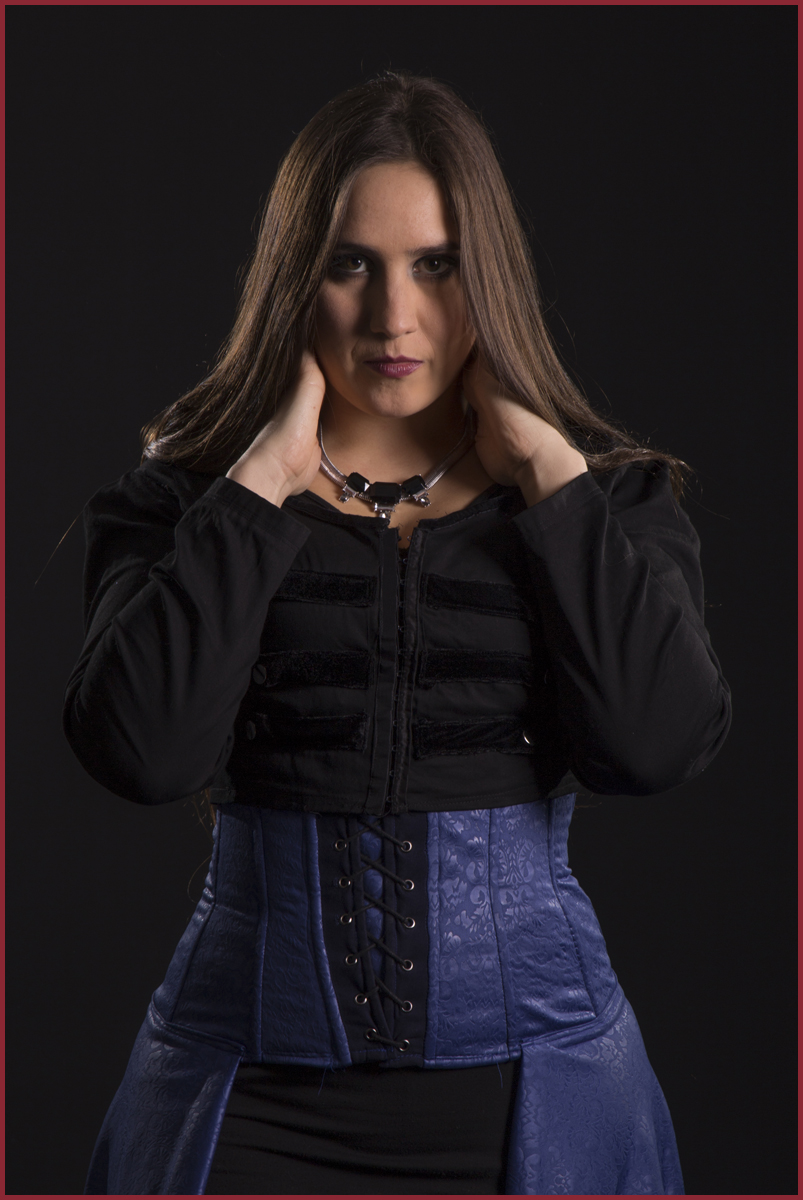 We always knew that someday Ben will move to Europe, it has been in his plans since forever. In the past few years, after the release of “Shadowborn“, we were working hard against time to finish the entire album before Ben would relocate to Riga. We did demos and we practiced a lot before starting the recording sessions in the studio. Then the lockdown gave us the chance to record with some tranquility, to make photoshoots, to film videos for the singles and that was before Ben left Uruguay in 2021. We knew that the challenge would be to play in Europe where this great metal subgenre was born. We always used to dream about traveling and sharing our music there. The distance is not a problem, since the beginning that was a part of the plan to take CRYSTAL GATES‘ music to other lands.

They are great songs, definitely, we just wanted to compose new music. Those beautiful songs are part of CRYSTAL GATES and we will for sure play some of this old stuff on our upcoming shows.

“Torment & Wonder: The Ways Of The Lonely Ones” was released on July 29th through Italian label WormHoleDeath. How did you get them to sign a contract with CRYSTAL GATES from Uruguay/Latvia?

Since Benjamín arrived in Latvia the goal was clear: to get a label deal. We had been releasing new music independently for many years, that was acceptable in our small circle in Uruguay, but now we were wanting to reach a bigger audience, we had to broaden our horizons with greater promotion. That was what he did, searching for several months for a label willing to work with us and distribute the album that was already finished. 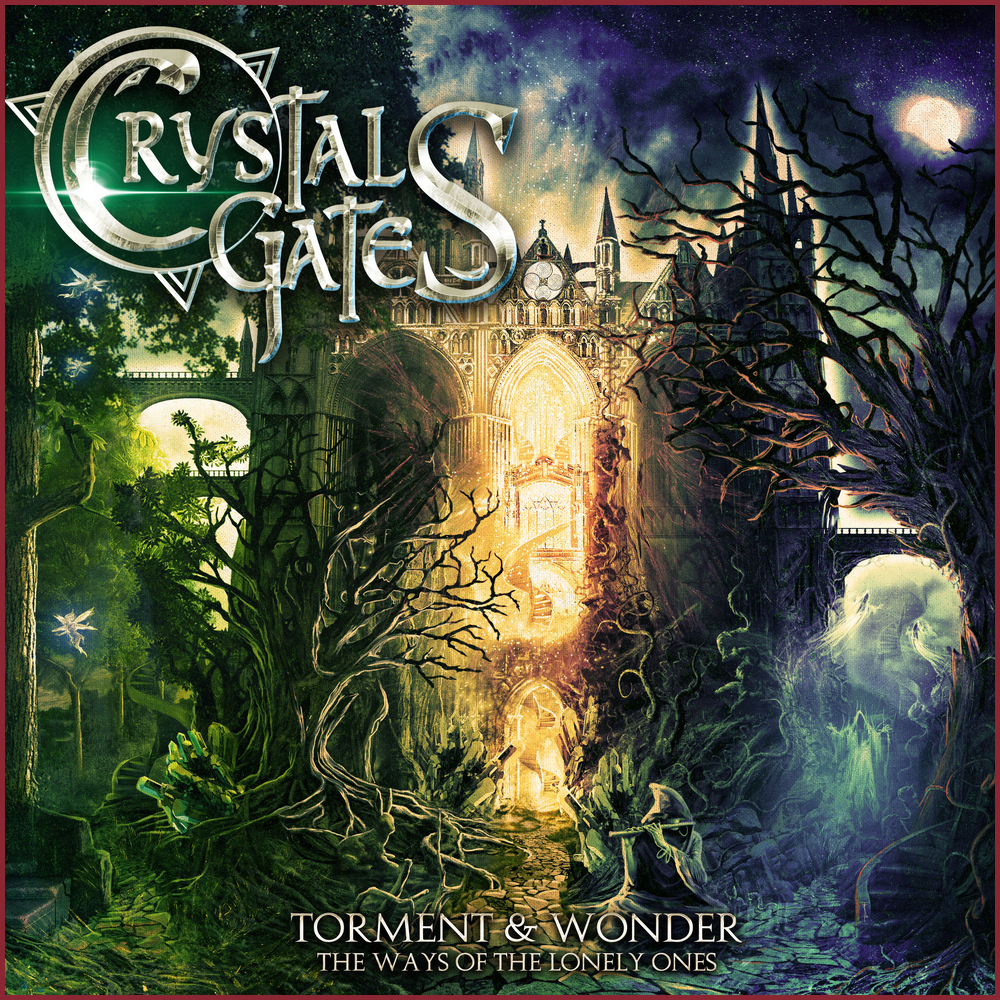 For the cover drawing you used the French graphic designer Stanis-W Decker, whereas on “Shadowborn” and the EP “A Quest For Life” the cover art was done by JP Fournier, also a French illustrator. You didn’t want to work with him again because he was accused of killing his father in 2020?

We worked with JP Fournier until 2017, as you said, and he was very nice with us. We are always looking for different artists to work with, and Stan was among them. You can see it in the different releases too, we changed the studios where the songs were mixed and mastered. We admire all those producers and artists and of course we felt very shocked with this news of JP Fournier, the situation was very sad.

The concept of the album is about duality as part of life, it is a circle full of moments of torment and wonder, positive and negative events alternate and I think it makes sense to appreciate it from a circular perspective. Where the torment ends, the wonder begins, it is a way to appreciate the cyclical aspect of life. Each song depicts a character facing different moments, sometimes bittersweet, other times heartbreaking, but always finding learnings and overcoming the pain.

The first single (and lyric video) off the album was “My Glorious Fall” and the second one “Moonshine & Sorrow” (with an official video) came out on July 18th. Will you release another one on the release date July 29th?

Well, there will be more videos later. I can tell that the next one will be “Alive For The Journey“.

Speaking of which, “Alive For The Journey” could have been, in terms of the title and music, easily on either a Visions Of Atlantis or an Edenbridge album. Are they an inspiration for CRYSTAL GATES? Which bands do you like to listen to in private?

Benjamín is the one who composes the most part of the songs and all the lyrics. I can tell that he is a huge fan of Edenbridge. In my case, I am a huge fan of Epica, Nightwish, After Forever (Floor Jansen is my favorite singer), Lacuna Coil, Therion and Stratovarius. I really enjoy pop music too and I listen to tons of classical music, especially piano concertos, piano sonatas (I love Chopin, Debussy, Beethoven) or Tchaikovsky‘s music.

and I feel good about the way it has evolved…

On “A Lonely Dreamer’s Wish” we hear your beautiful operatic voice and on “The Stars Temple” your voice is astonishingly similar to that of Epica’s Simone Simons. Have you heard this comparison before and did you have a special classical training?

Well, thank you. It is not the first time that someone told me about similarities with our voices or styles. Certainly, Simone Simons was always one of my huge inspirations and I feel honored that some people say that we sound similar. I started my classical singing lessons in 2010 and I always loved that sound, I think it takes your voice to another level. I am still learning about it, but I work on my voice in a pop/rock style and mix it with classical singing. It is the way I feel more comfortable, and CRYSTAL GATES was a challenge for me in my search for a better sound. The band’s music is always getting my voice into unknown places and I feel good about the way it has evolved since ‘”A Quest For Life“, our very first release. 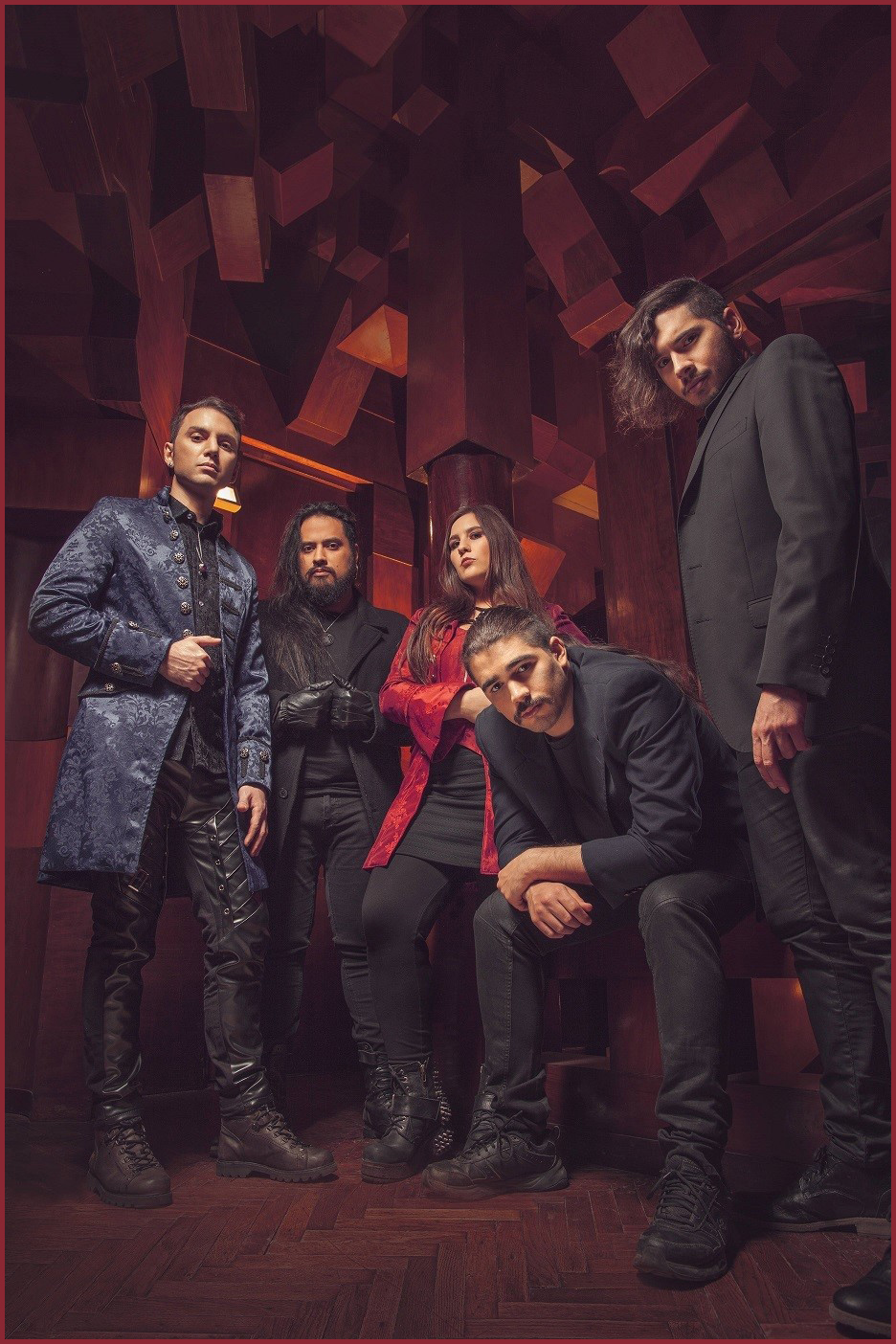 Let’s skip to the last song on “Torment & Wonder: The Ways Of The Lonely Ones”. The epic 12 minutes “Torment & Wonder” is a worthy closer of an excellent debut album that can easily be recommended to fans of Epica and symphonic metal in general. How would you describe the whole album?

As I mentioned before, this album is about duality and the fact that we all have to learn about good and bad moments. It feels like a very universal concept, all of us fight day by day to overcome difficult situations and improve as human beings. I think that if you like reflecting about life and how we can be better persons, maybe you are going to like this album.

Now that you are on WormHoleDeath’s roster and Riga based THP Production for your management and bookings, can we expect to see CRYSTAL GATES touring through Europe end of this year or perhaps in 2023?

It is a priority for us to go on tour, in particular in Europe, but also in our homeland region. We would love to share some details, but for now we are still working on it and need to wait a little bit before making any announcements. But we are working on it, that’s for sure! I hope to see you all soon!